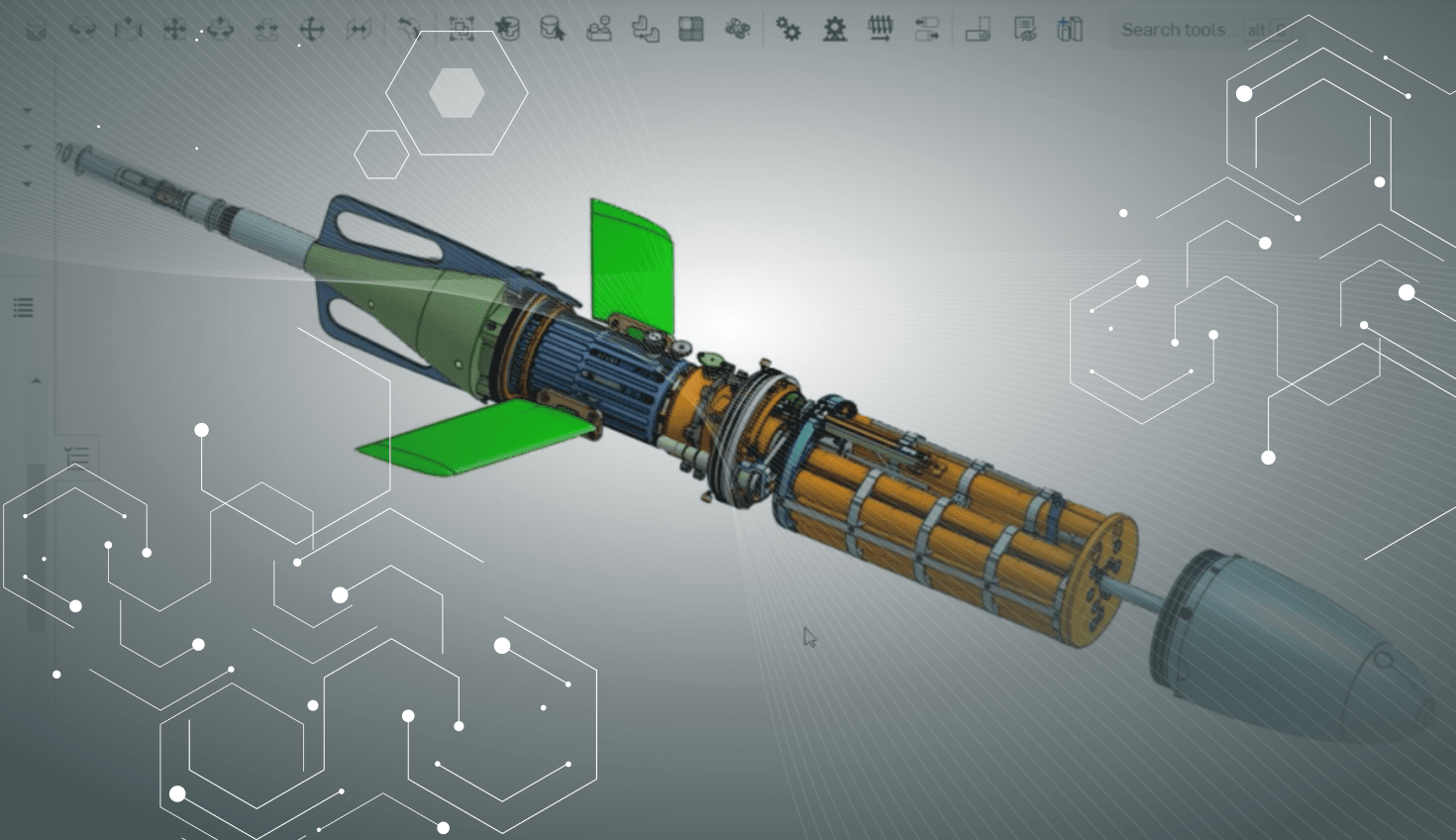 We know more about our Earth’s moon than we do about our oceans. At least for now.

Boston-based startup Hefring Engineering is trying to change that with a reimagined underwater ocean glider, which collects large amounts of ocean data for research on weather patterns, marine life and more. Hefring’s glider, the Oceanscount, aims to be lighter, more efficient and easier to use compared to other ocean observation tools on the market.

The vehicle is battery-powered and works much like an air glider, but with a buoyancy engine that allows it to move up and down in the water, Hefring Senior Mechanical Engineer Haibing Wang explained.

It consumes very little power during gliding because it only uses buoyancy force as propulsion. That saved power turns into more space for data, more miles of ocean coverage and a longer timeframe to gather surrounding sights and sounds.

“It's a very efficient way of collecting ocean data,” Wang said. “The reason why it's so important is because we all know that the ocean is so big and to basically gather enough data you want your equipment to be sent out for a long time.”

The Hefring glider can dive up to 200 meters and can travel more than 1,000 kilometers per deployment.

Here are the top takeaways from Wang on the power of cloud-native CAD.

One of Wang’s first decisions after joining Hefring was to help choose a CAD system — a task that prioritizes cost, efficiency and ease-of-use.

“I was evaluating [Onshape], and I started to do some simple modeling and some simple drawings,” Wang said. “I found it was a very, very efficient tool to start with. So I suggested to our CEO that this is a great tool and we should proceed.”

A top reason for recommending Onshape was the low-cost to adopt, he said, making investment in high-end computers unnecessary.

Signing up for the service was an easy task, Wang said. “It's basically just like getting a subscription from Netflix.”

Keeping up-to-date with new Onshape features is hassle-free, he said. “Everything happens in the background and you don't have to worry about everything, it's already happened.”

A Fundamentally Changed Way to Collaborate in CAD

Wang used SOLIDWORKS for most of his career. Now, compared to the cloud, he said the whole process of legacy-CAD’s PDM/PLM system seems inconvenient for teamwork.

“It's so nice to have multiple users get on the same Document, collaborate and work on the same file,” Wang said. “So you can really work within Onshape pretty much like the Google Docs and you don't have to worry about a crashed file or anything else you can save time.”

Sharing an Onshape Document is a popular feature.

And, much like Google Docs, users are able to see when others are working on the same Document, so efforts aren’t duplicated, and anyone can see what changes have been made.

The Power of the Cloud Improves CAD

Behind Onshape are powerful cloud servers, assuring data is never lost and access is available anywhere there’s an internet connection.

“It gives you the peace of mind that it allows you to save every single version of the file,” Wang said. “As you design the file and move on with your different ideas it keeps logging every single step. And everything is saved in real time. So you don't have to worry about the save button, unlike in SOLIDWORKS.”

And crashing is a thing of the past.

“Onshape never had any crashes. It just surprised me,” Wang added. “But it also makes sense because everything has huge, very powerful servers working in the background. On your desktop, and it can be a very powerful desktop computer, but it's never going to be as powerful as the servers.”

Wang underlined the importance of iterating and being able to experiment with new ideas. Branching allowed Wang and his team to pursue different ideas without messing up a model or confusing design files.

“You're constantly modifying, you're constantly improving, trying to improve it,” Wang said. “So this is what Onshape brings you with this regard. And it gives you basically the function of doing that. And without having to worry about multiple files, multiple things happening. It's just so easy to manage.” 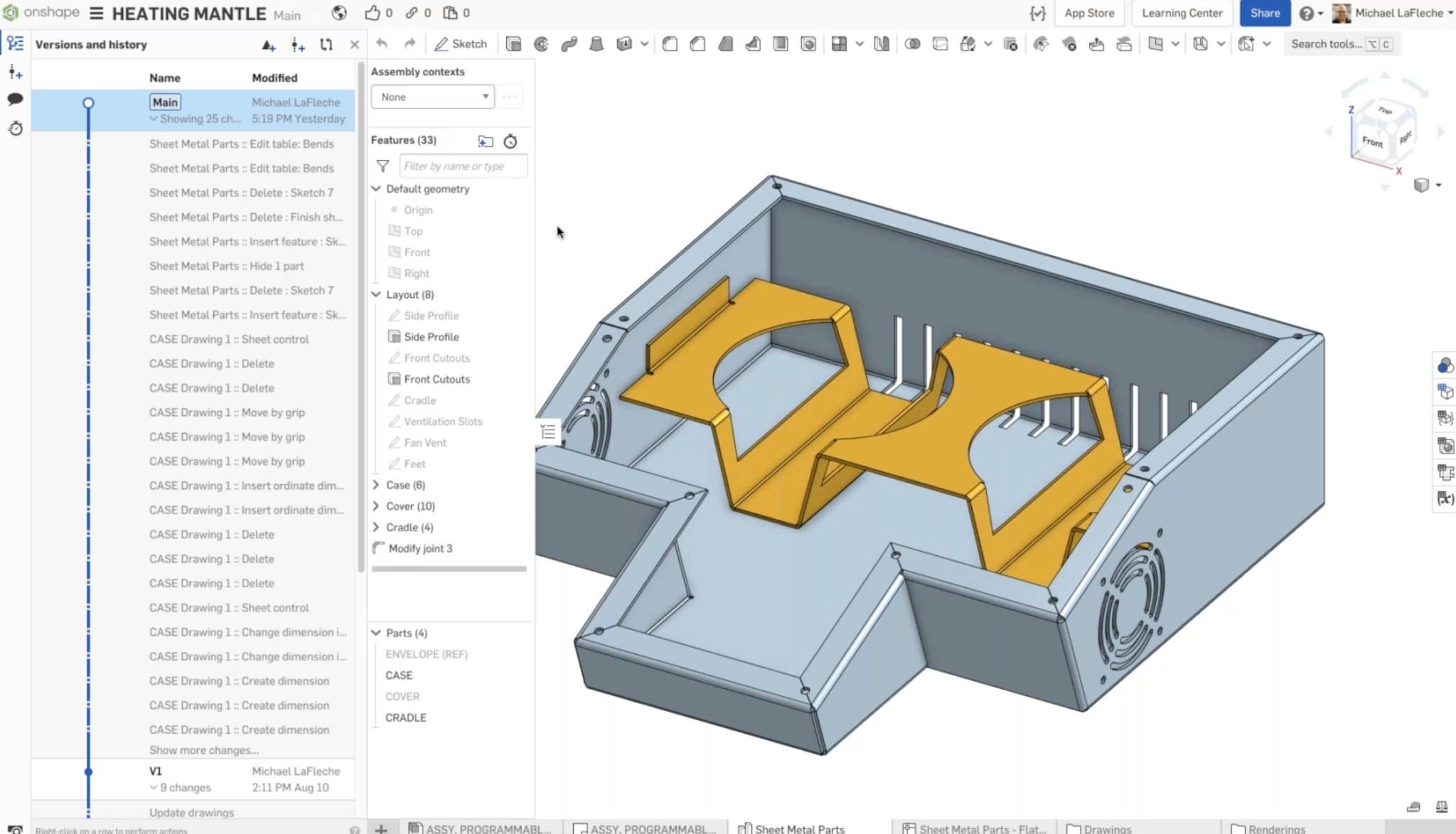 Onshape saves the edit history of a design.

And because of the ease of access, ideas can be implemented wherever, whenever.

“If I had a new idea, I could work on my own MacBook, and I open up the browser and log in. I have exactly the same file, same thing, everything's the same as I log in on my work computer, so I can start working right away without any interruptions, basically,” Wang said. “This is a huge advantage. Especially nowadays, I think working from home is getting basically more popular.”

Wang and the Hefring team plan to finish testing and deliver the first orders to customers by the end of this year. That’s pretty good for a startup that launched in 2019.

“All of this from basically scratches on sketches on the paper to the final prototypes,” Wang said. “We talked for less than two years.”