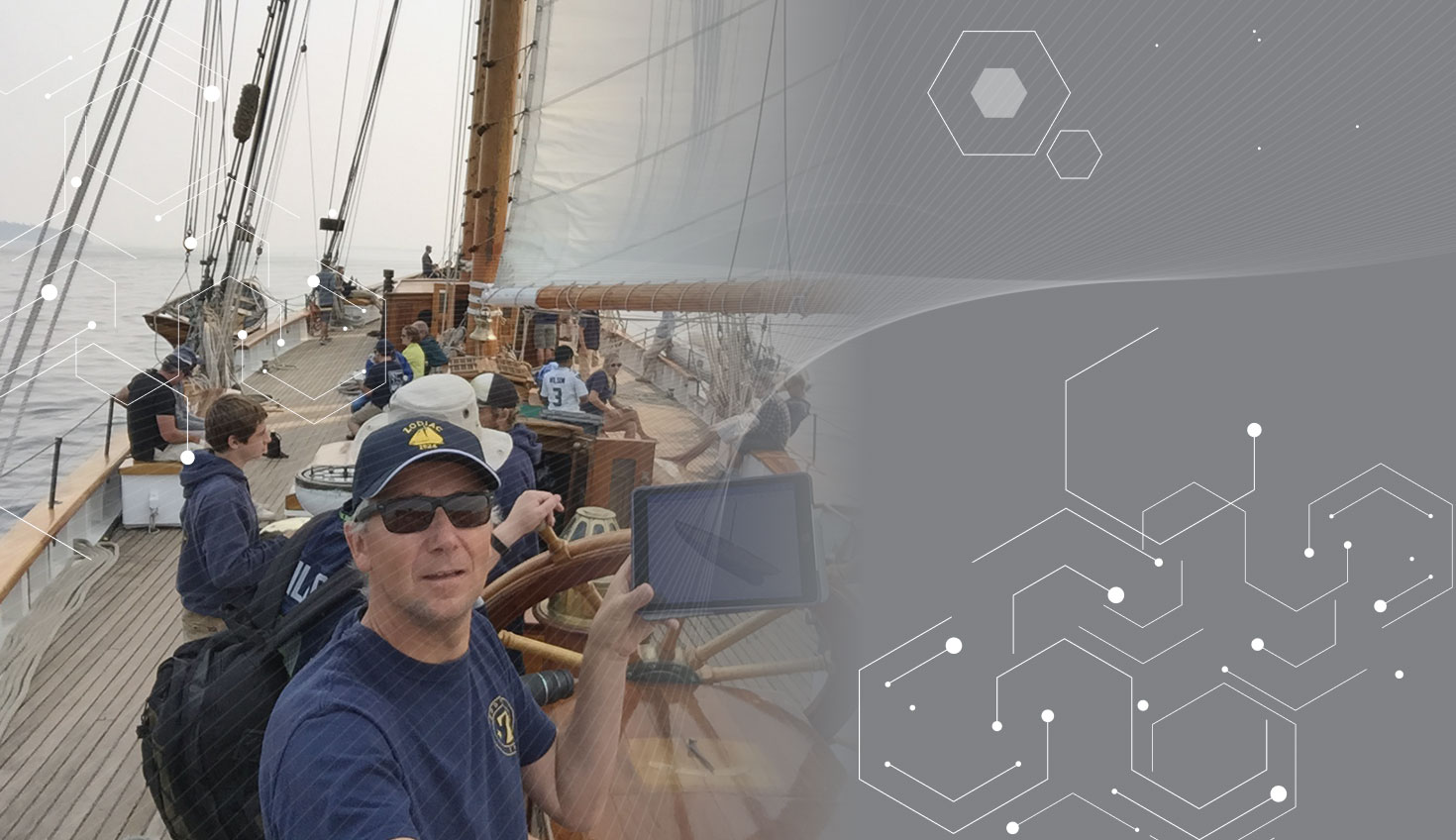 iPad and iPhone: Designed for Cloud CAD on the Go

Is bigger better? Engineering is obviously a very visual profession, so it’s no surprise that many CAD users prefer monitors that rival movie screens. And one monitor is never enough – if desk space were not an issue, some would build out displays that rival NORAD.

Consequently, our ears perked up when Apple recently announced the “biggest news in iPad since the iPad,” the larger-screened iPad Pro, a business-oriented tablet that’s reportedly faster than 80 percent of the “portable PCs” out there right now.

As the only professional 3D CAD system that runs on iPads and iPhones, Onshape will be compatible with the iPad Pro when it is released in November.

“We’re excited about the new iPad Pro and its giant screen that rivals a laptop. It gives you the best of both worlds,” says Dave Corcoran, Onshape’s VP of Research & Development. “It’s perfect for CADding on the go – convenient and portable, yet spacious enough for detail-oriented work and multi-tasking.”

There’s a lot of debate in the tech press about the merits of the iPad Pro versus Microsoft’s Surface Pro 3, the tablet-laptop hybrid that defined the space first. Onshape takes no sides in these kind of squabbles, as we’re platform agnostic and work across Macs, PCs and Chromebooks (on MacOS, Windows, and Linux on all major browsers) – as well as natively on Android and iOS phones and tablets.

The point, as Corcoran notes, is that Onshape works on any device, anywhere. “Engineers should be able to work where, when and how they want to – and not let their CAD system dictate those terms,” he says.

In the picture at the top of this post, that’s a regular iPad in the hands of Onshape customer Christian Stark, of Seattle, Washington. The mechanical engineer, who is using Onshape to create a precise 3D CAD model of the historic Schooner Zodiac, says he finds Onshape for iPad to be invaluable for his restoration effort.

“The original plans were lost in a fire. Using Onshape for iPad, I can take measurements and edit the 3D model as I crawl around the boat,” Stark says. “It’s amazing what you can do. There isn’t any other CAD system that lets you do this.”

“Onshape also gives me the opportunity to quickly show and share the model with other team members” he adds. 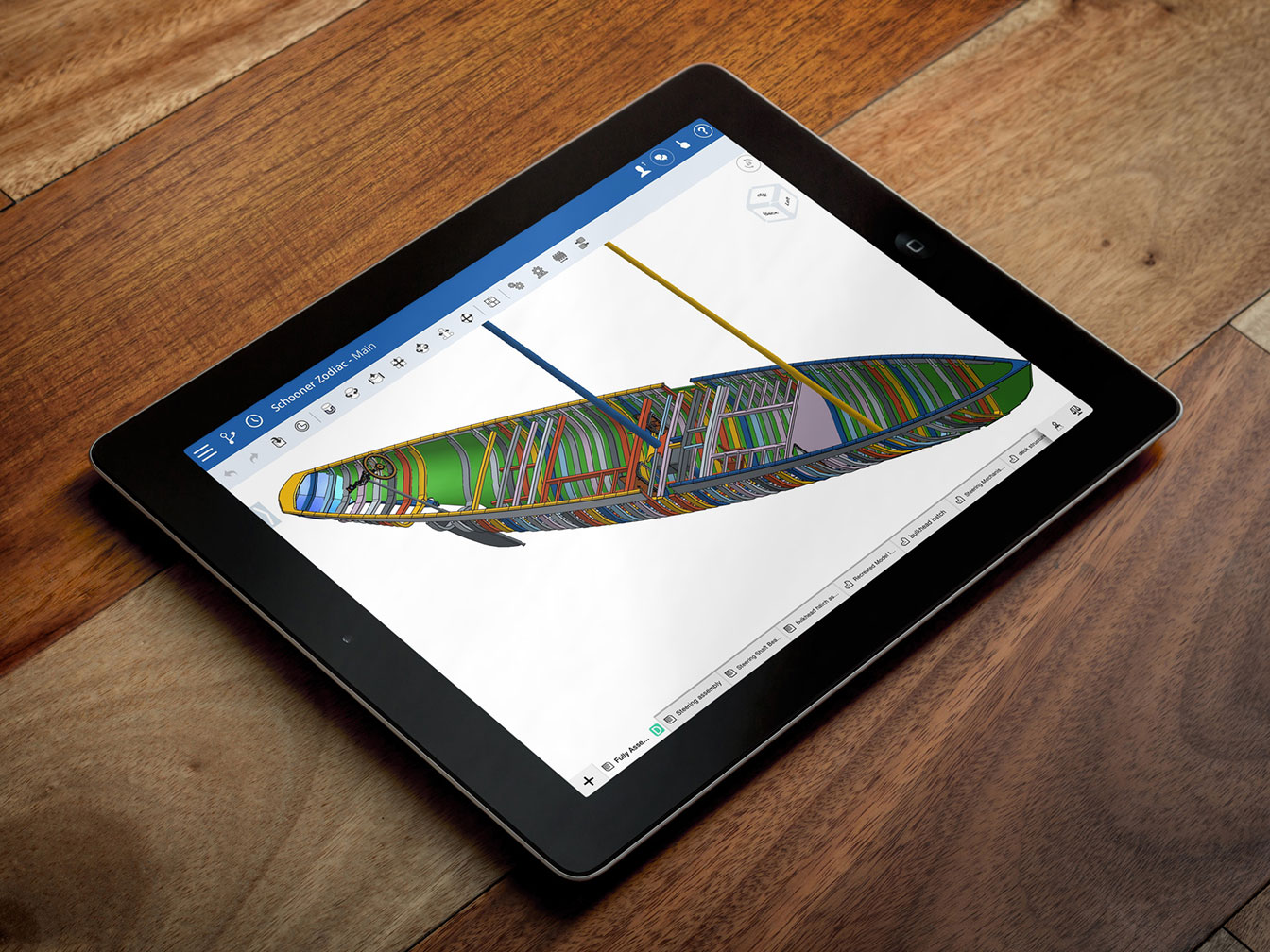 The Schooner Zodiac, a historic vessel docked in Bellingham, Washington, is being restored with the help of Onshape.

Taking a fresh approach to CAD for mobile devices, the Onshape development team created a precise touch-screen interface that replaces traditional keyboard and mouse interactions. Every CAD command and action is controlled with a swipe or tap of your finger. The increased precision of the iPad Pro’s touch screen makes it an ideal platform.

“Desktop-installed CAD systems are extremely limited on mobile right now,” says Ravi Reddy, team lead for Onshape Mobile. “We rejected the idea of providing a view-only version of CAD or just offering a subset of features. We were determined to build a full CAD product that can be used anywhere and from any device.”

“We made sketching easy with touch-based finger offset tools,” he adds. “We also created intuitive lock and unlock modes to help with pan, zoom, and rotate operations for sketching and assemblies.”

Onshape for iPhone and iPad apps can be downloaded free now at the Apple Store.

Reddy says he’s looking forward to seeing many more engineers and designers use CAD on a tablet: “We believe Apple is going after enterprise and content creation apps with the iPad Pro and Onshape is well positioned to take full advantage of this development.” 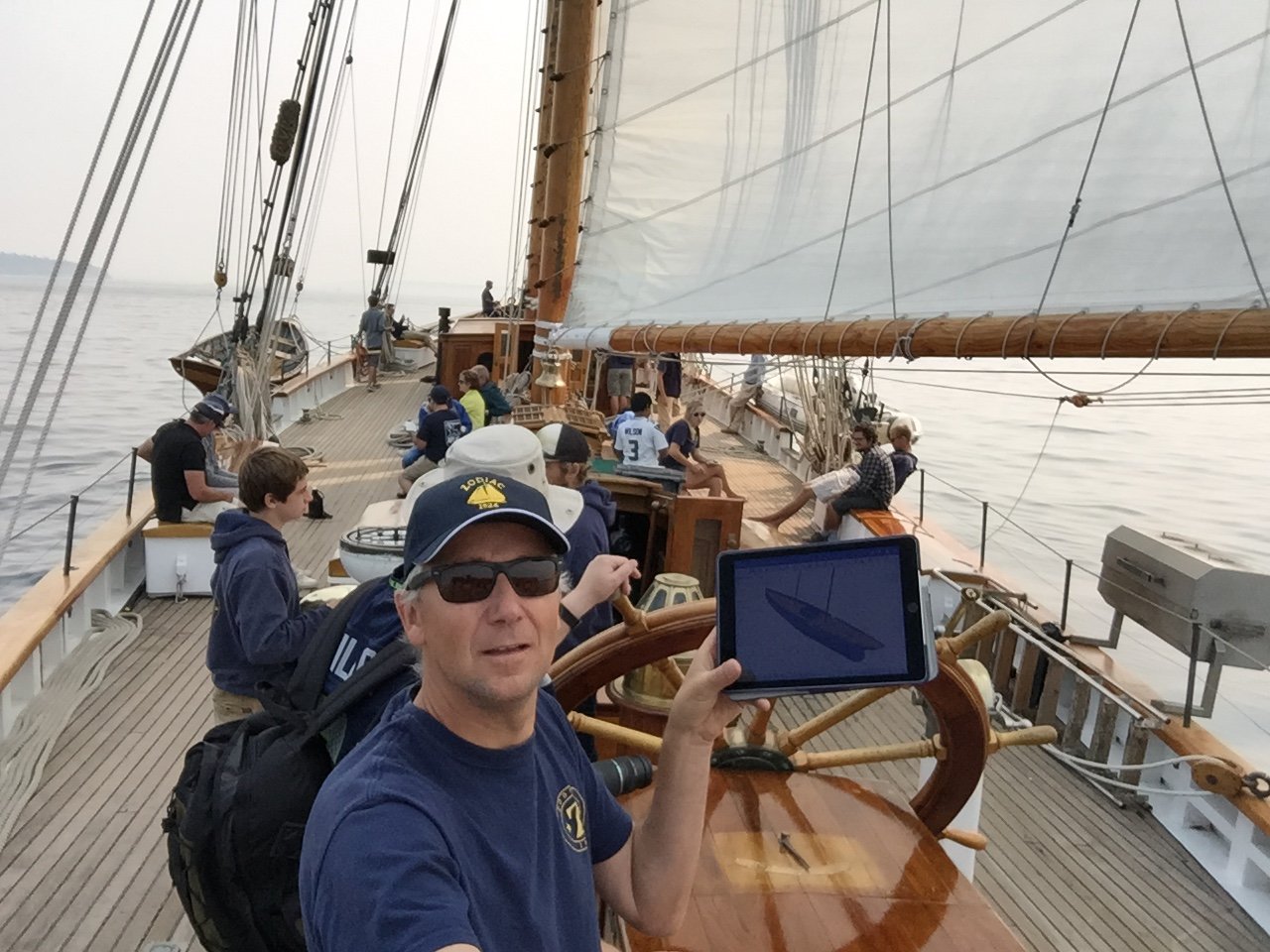