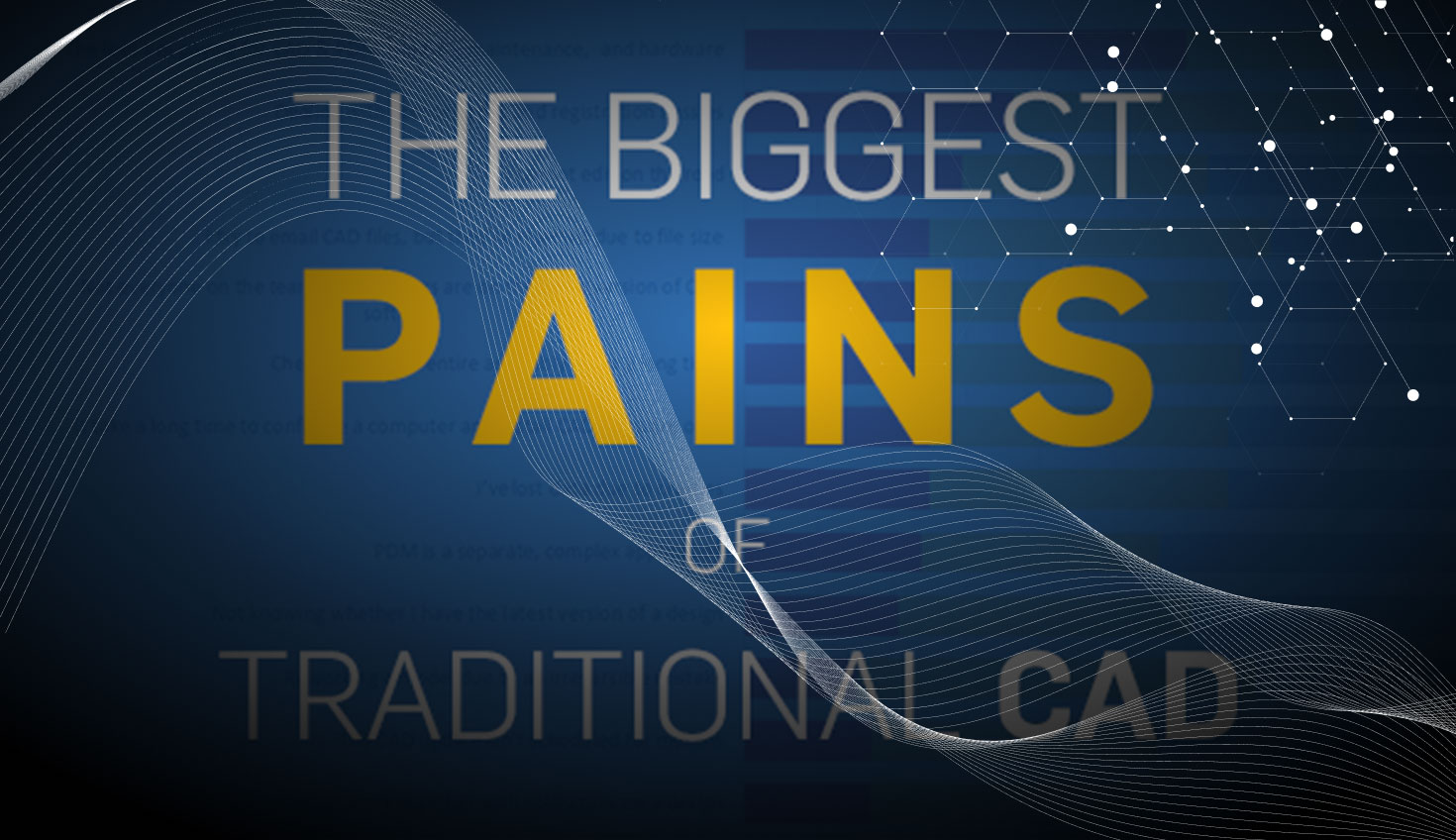 The Biggest Pains of Traditional CAD 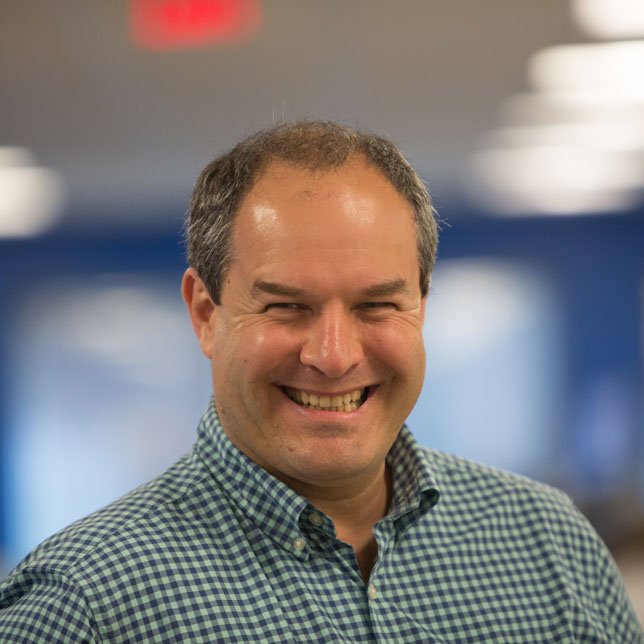 We’ve talked a lot over the past nine months about the reasons why Onshape started from scratch to build a brand new CAD system. As you might imagine, we’re constantly checking in with professional CAD users to learn what’s on their minds. What exactly ARE the biggest issues that engineers and designers face with traditional 3D CAD right now, and what is the impact on their business?

Over the past two months, we surveyed hundreds of professional 3D CAD users about what obstacles they repeatedly face while just trying to do their jobs. Based on their responses to some open-ended questions, we identified the top 20 issues and then asked CAD users to rate them under one of three categories:

Here are the top frustrations about traditional, desktop-installed CAD:

1. “The fees I’m paying for CAD & PDM licenses, maintenance and hardware” – Nearly 90% view it as a problem, with 60% identifying it as a big problem!

2. “Dealing with license codes and registration hassles” – Headaches quickly arise when trying to keeping track of which registration code is assigned to which employee and which computer. Further, pain truly blossoms when having to recall the serial numbers when logging support calls and installing updates.

3. “I cannot edit on the road” – Mobile viewers are great for reviewing a design, but meaningful work is delayed due to the inability to edit. Why should you be tied down to just one computer at the office?

4. “Not everyone on the team and suppliers are on the same version of CAD software” – Some people wait as long as possible before upgrading to a more recent software version. How many times have you or a partner been unable to access important files because of version incompatibility?

5. “It takes a long time to configure a computer and install CAD software on it” – Half a day can be wasted each time you install software or service packs on a single computer. You’re paid well for your design skills. Wouldn’t it be great if you spent more time designing and less time managing software?

6. “I’ve lost data due to crashes” – Not reflexively clicking “Save” every 15 seconds? There’s no worse feeling than seeing your work disappear into thin air.

While the top answers themselves were not particularly surprising, I was startled at the degree to which these pains are broadly felt.

Take a look at the survey results below and notice how the yellow bar spills over the 50% threshold for 14 of these pain points: 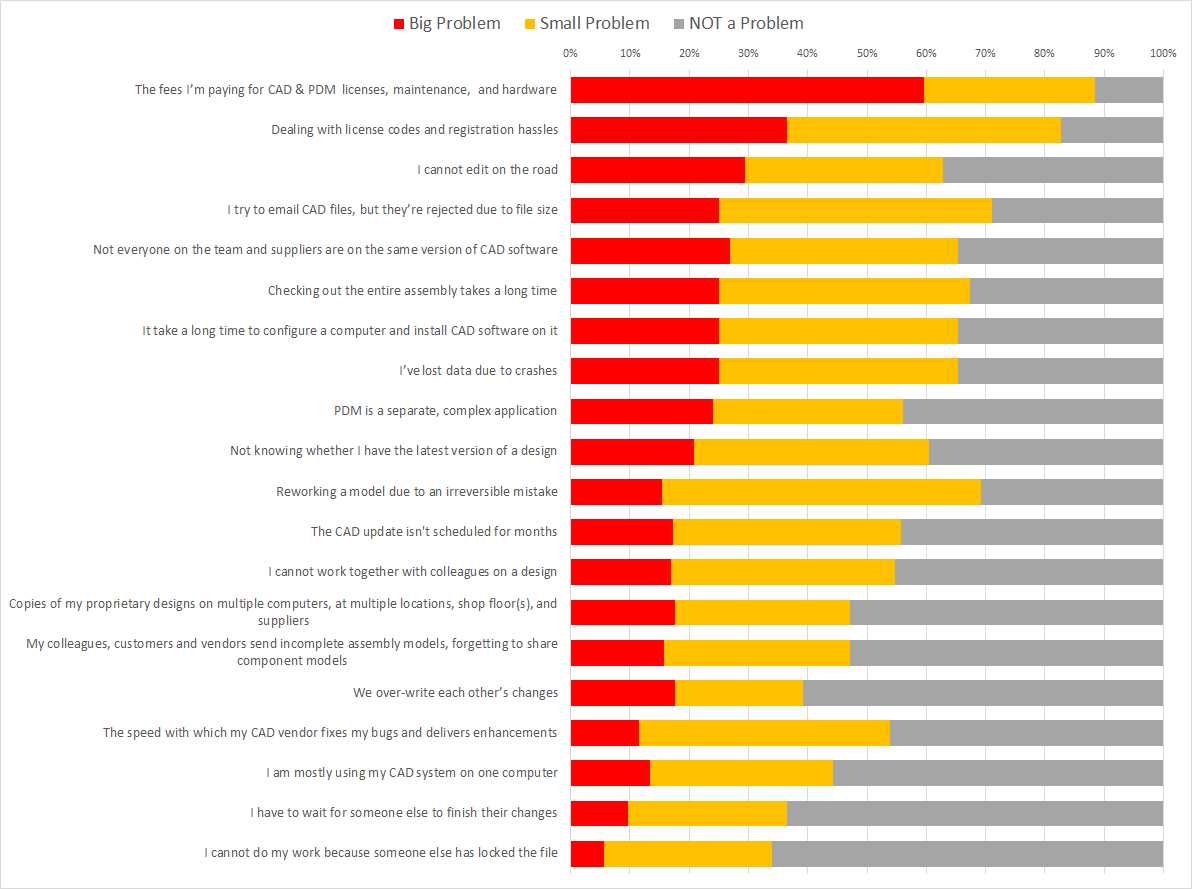 Facing just one of these issues gives you reason to occasionally grumble. But facing multiple issues on the list feels like death by a thousand cuts.

Take a quick glance at the red bars, which represent the biggest problems. Only five percent of our respondents reported that being unable to access a locked CAD file is a major problem. Doesn’t sound like a big deal, right? Well, human nature dictates that other people’s problems become far more serious when they happen to you.

Onshape founder Jon Hirschtick likes to tell a bizarre story of a frustrated engineer who ran out into the parking lot and stood in front of a co-worker’s car to prevent him from leaving. The co-worker had some CAD files checked out of their Product Data Management (PDM) system and was about to go on vacation. The bodyblocker (accurately) feared he would not be able to work on his project until his colleague returned and checked the file back in.

We created full-cloud CAD to alleviate each and every one of the pain points in the chart above. Onshape exists to make your job as stress-free as possible.

What’s slowing you down at work? Are any of your traditional CAD headaches missing from this list? 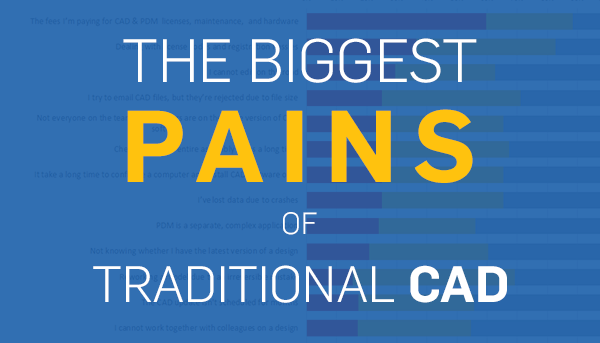