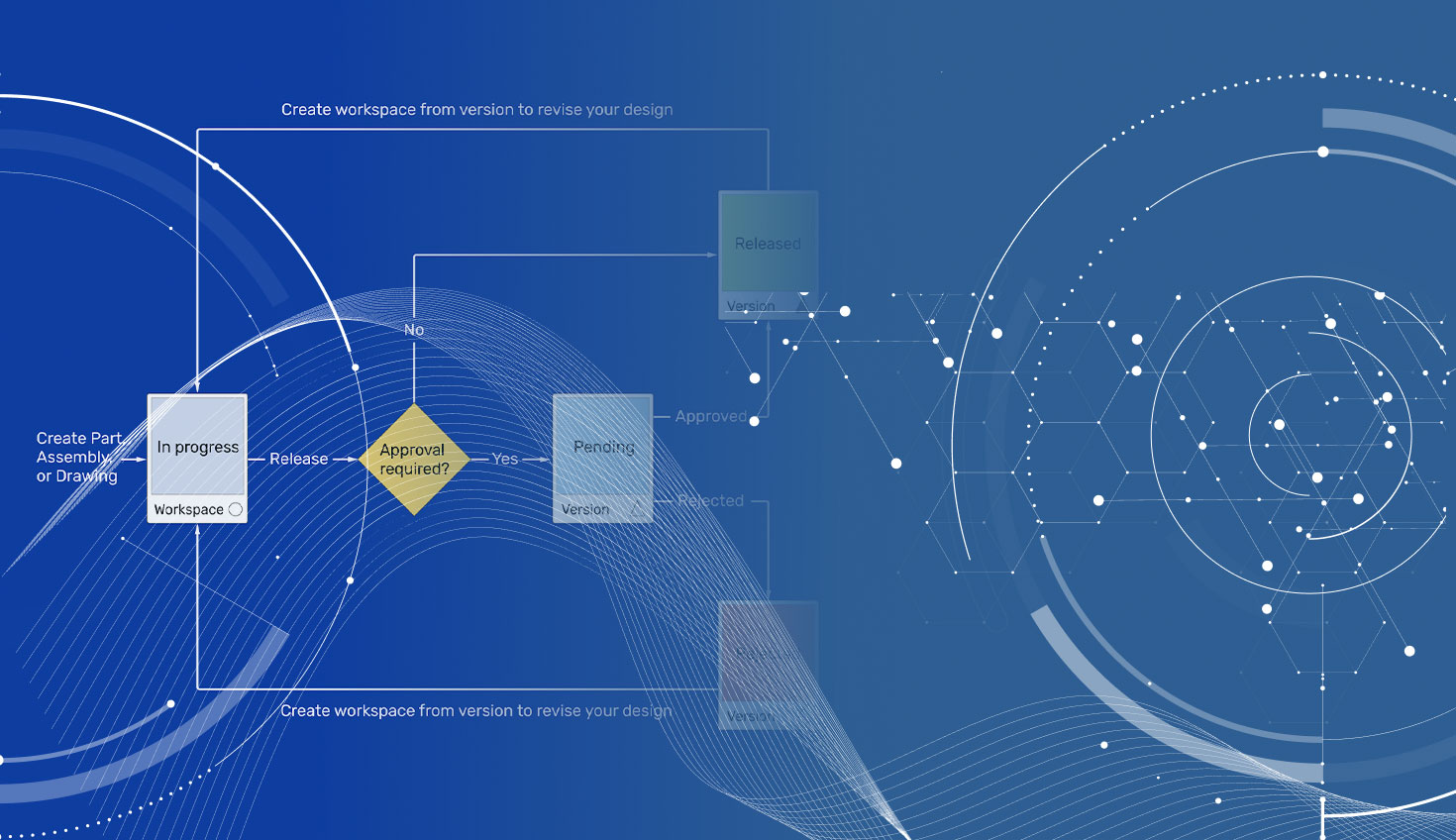 It's easy to look at this and say, "Great, Onshape has PDM." But this functionality is much different than your old PDM software. What makes it so different? Let's take a look.

Onshape's Release Management and Approval Workflows are fully integrated into Onshape. As a company owner or admin, you can configure your Release Management options under the same account settings where you manage custom properties or add users.

Onshape's Release Management and Approval Workflow tools were created from the beginning as a native part of Onshape. This means you will only see subtle differences in the interface, which was meant to be easy to use. A great example of this is when you create a Release candidate. In Onshape, you just right-click on whatever you want to release and you will see the option to "Release" in the menu. 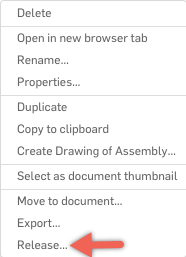 This functionality also includes notifications. When a design is pending and awaiting your approval, you will be notified right inside Onshape.

Furthermore, the Release candidate can be approved or denied without even leaving your current Onshape Document. Of course, as with all things Onshape, this extends to the Onshape Mobile apps as well.

2. No More Check In/Check Out

One of the most important aspects of Onshape's approach to Release Management is that you will never need to check a file in or out. This totally eliminates the downtime this task required when using old PDM systems. Simply put, no one in your company will ever be blocked because a file has not been checked in.

This also means everyone has instant access to a released design. There's no need to check out or update to see changes. When you combine this with the other data management capabilities in Onshape, such as the ability to see every change with History and capture milestones with Versions, you end up with a complete data management solution that's far easier to use than any old PDM system.

Released designs in Onshape can easily be referenced anywhere. In the Insert dialog, there is a filter that will only show you released entities. This ensures that you can’t mistakenly insert something that has not been released.

Released designs throughout Onshape show up as a solid triangle. This subtle visual cue makes it easy and quick to determine whether or not something is released. In old PDM systems, you were often left hunting for the latest approved design — a tedious and error-prone process.

These are just a few of the things that make Release Management and Approval Workflows unique in Onshape. See these capabilities in action — request a demo today!