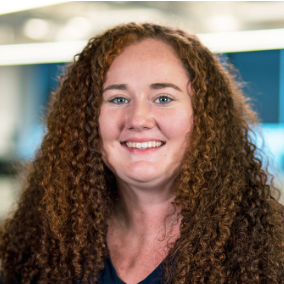 Our global community currently is facing a host of environmental challenges, including waste and recycling management, the impact of droughts, increased weather events, and the devastation of our natural ecosystems.

PTC and the REC Foundation teamed up in March to create a virtual design challenge encouraging the engineers of tomorrow to think about how they can help to tackle these problems.

For this challenge, participants from around the world used Onshape – a web-based CAD system used by professionals and available free to students and educators.

Participants utilized the VEX V5 Competition Super Kit of Parts in Onshape, in order to design a robot that can aid in the recovery of our precious ecosystems and start changing the world!

We received some amazing submissions from middle and high school students. We selected first, second, and third place winners for each of these age groups. Prizes included:

Submissions were scored on criteria such as completeness and complexity, feasibility, and ability to solve their selected problem.

This submission included two robots named Gaia and Hydra. They are considered “tether-bots,” which are two robots controlled by one brain. The goal of this submission was to help alleviate the impact of deforestation. Gaia is the primary robot that digs holes and plants seeds while Hydra is designed to water these plants.

The team recognized that planting a seed involved multiple tasks, which would require different mechanisms. They decided there wasn’t a structurally stable way to make these mechanisms on one robot, so decided to create two.

They said, “Deciding what each robot would do was the hardest part. After much debate, it was decided one robot would dig the holes and plant the seed while the other would water them. Originally we wanted to have a trailer follow one robot that would passively put water onto the floor behind it but we found that would pose too much of a risk for it to be worth even trying as the water is uncontrolled and hard to fill.

“This design solves the problem of deforestation as covered before by simply planting trees at an astonishing rate. It would be hard for a human to match this efficiency simply because of the need for sleep. The chain bar on Gaia is really what opened the gate to its whole design effectiveness simply allowing it to work while conserving at least three motors for Hydra to come through and water all the plot Gaia planted. The feature of a tether bot, which allows us to even have this design, made it so it was very simple to solve this challenge.”

Check out their design in Onshape!

This robot is designed to work together with other robots to clear the beaches of excess seaweed safely and effectively. Through their problem analysis, the team found that “seaweed often washes ashore and rots on the sand, which releases dangerous acids and can, in large quantities, negatively affect marine ecosystems.”

Once their problem was selected, they set out to design a robot that would efficiently collect seaweed but leave a beneficial amount.

The team explained, “Our drive base is a modified rocker-bogie suspension system. A rocker-bogie suspension is a versatile suspension that allows the chassis to climb over tall objects, generally up to objects twice as tall as the wheel diameter. Typically it would only use wheels, but ours uses treads on the rear wheels. We did this to increase the surface area that touches the ground, so it doesn't sink into the soft sand and has increased traction on loose rocks and gravel.

“For the claw, we used a simple tray to slide under the seaweed like a shovel. It also has holes in it so sand can sift through it. On the lift we used a two-bar because it’s simple to build and since the claw is in a single position, it just flips its load of seaweed right into the storage tray.”

This Florida team noticed that their state was spending significant resources to mitigate beach erosion. The team members had firsthand experience of just how labor-intensive this type of effort is from working with their school’s environmental club. They designed a robot to automate the beach restoration process by independently digging and planting, reducing the intensity of the restoration process.

The team stated, “Our robot works almost like a mobile assembly line. Typically restoring beaches through planting beach plants is done by digging many long, parallel lines of holes, putting in plants, and filling the holes. Our robot does all of this by itself.

“First, it uses the digging claw to make a hole. It then drives a small distance forward and then begins digging another hole while the previous is filled with a plant using the depositor. The sand is grabbed by the digging claw which is then dropped to the side of the robot. The plants will be placed into the already dug out holes through the plant depositor which cycles through the plants using rotating paddles. This process continues until the robot either runs out of plants or battery power, both of which are easily replaceable.”

With their design, the team worked to help alleviate some of the impacts of deforestation by planting seeds to make up for lost trees. They designed an autonomous land robot that ensures the growth of trees by planting seeds that are safe below ground level.

They said, “There are three main aspects the robot has that helps solve the problem of deforestation;

“By planting as many healthy trees as possible, more carbon dioxide is removed from the atmosphere, easing many of the effects of climate change.”

This robot plants seeds into the ground with a seed drop system, a gantry, and a shovel. The team wanted to “help aid ecosystems that have been ravaged by human development.”

The piston assembly consists of the mechanisms to plant the seeds. They made sure to model accurate kinematics, including mechanical stops to prevent the system from going too far.

The team was thorough in their design, making sure to include the required electronic components to run their robot and all of the nuts and bolts. In addition to assembling the V5 components, they also modeled custom components, such as their shovel. They made modifications to a gear for their seed drop system. A cutout enables seeds to be dropped at the correct intervals.

Check out their design here and listen to the team describe how it works.

The Buginator is a bot designed to help farmers combat swarms of pests while remaining safely inside.

The team identified that “many insects, especially locusts, have been growing in numbers over the last few years, and they are destroying so much crop and produce. This is important to us because the amount of people affected is colossal. This design could save tonnes of food, which could be used to feed people, instead of bugs. Our robot is unique because there is not currently a semi-automatic way to efficiently kill bugs.

“Our robot has a few key mechanisms, the first being the front wheel drive to gain traction on uneven surfaces. The second being the pivot which holds a smartphone, which connects via Bluetooth to a computer screen. The third mechanism is the hammer, which pushes down the spray-can nozzle and sprays anti-insect solution. The last mechanism is the adjustable phone-grip. One weakness is that the spray can itself is not adjustable, so it would be more useful for shorter plants. One strength, however, is that there is a smart camera, allowing for possible AI development. The design would be feasible to build, although it would require a laser cutter and 3D printer.”

Check out their design in Onshape!

Congratulations to this year’s winners! Thank you to everyone who participated. We look forward to seeing more robots developed in Onshape!

Get Started with Onshape Education

Onshape for education brings CAD out of the computer lab and into the modern era.