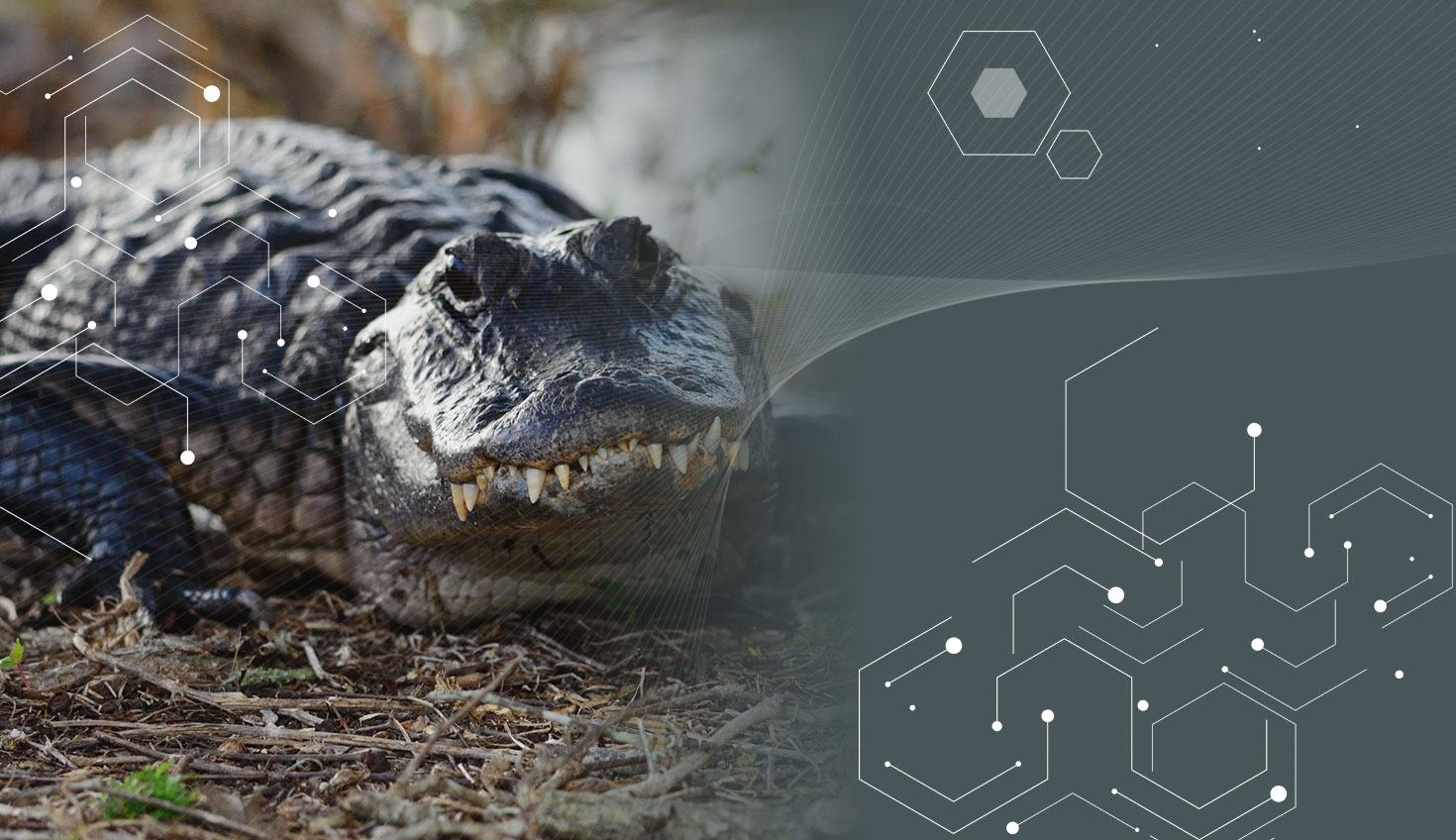 Behind the Scenes of Cloud CAD Validation, Testing

I have been Onshape’s Director of Quality Assurance, and our Release Manager for just under three years. In total, I’ve been here for six-and-a-half years (most of Onshape’s life) and have played a role in more than 100 deployments as our product has evolved from alpha to beta to professional and enterprise offerings. I’m proud to be part of a team behind a product that can be accessed anywhere in the world, 24/7, with no downtime.

Testing and validating a global distributed platform leads to a variety of challenges. An important partner that has helped Onshape address those challenges is Everglades Technologies, a software service company founded by CAD quality assurance veteran Radha Krishna Tirrey. After working for Geometric Limited/3dPLM Software and SOLIDWORKS/Dassault Systèmes, Radha moved back to his hometown of Tanuku, India, to set up his own technology company and prove that small and medium-sized towns have the modern infrastructure to successfully run a software business. His career background and his goal drew him to partner with Onshape.

Everglades has partnered with Onshape since 2014, with the primary responsibility of testing new features and functionality, regression testing, and continuing to validate our global distributed architecture.

The name of the company was inspired by a vacation that Radha and his wife Chaitanya spent in Everglades National Park. The couple enjoys visiting U.S. national parks, and the big cypress trees, alligators, birds and other wildlife in Florida were especially memorable. (The alligator photo at the top of this blog was snapped by Radha.)

For my first year of working with Radha, we had never met face to face. The way we had set up Onshape and the release process made it unnecessary to have routine in-person meetings. We were able to collaborate in Onshape in real time, using other cloud tools to log, track, prioritize, and monitor issues. There wasn’t a complicated operation process for Everglades as Onshape runs in a browser – all they needed to do was sign in. There were no binaries being sent back and forth, or files being attached to tickets and emailed to each other. No delays in communication, period. We were able to instantly access the same data at any point using Onshape. 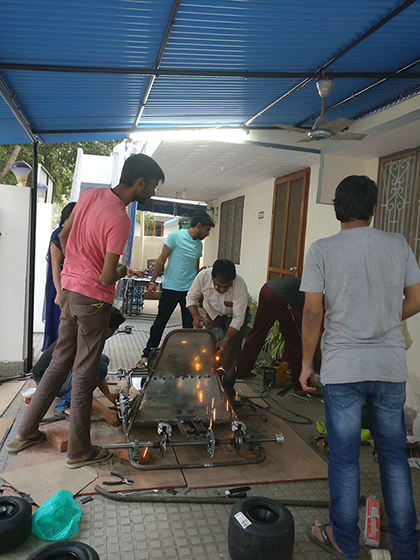 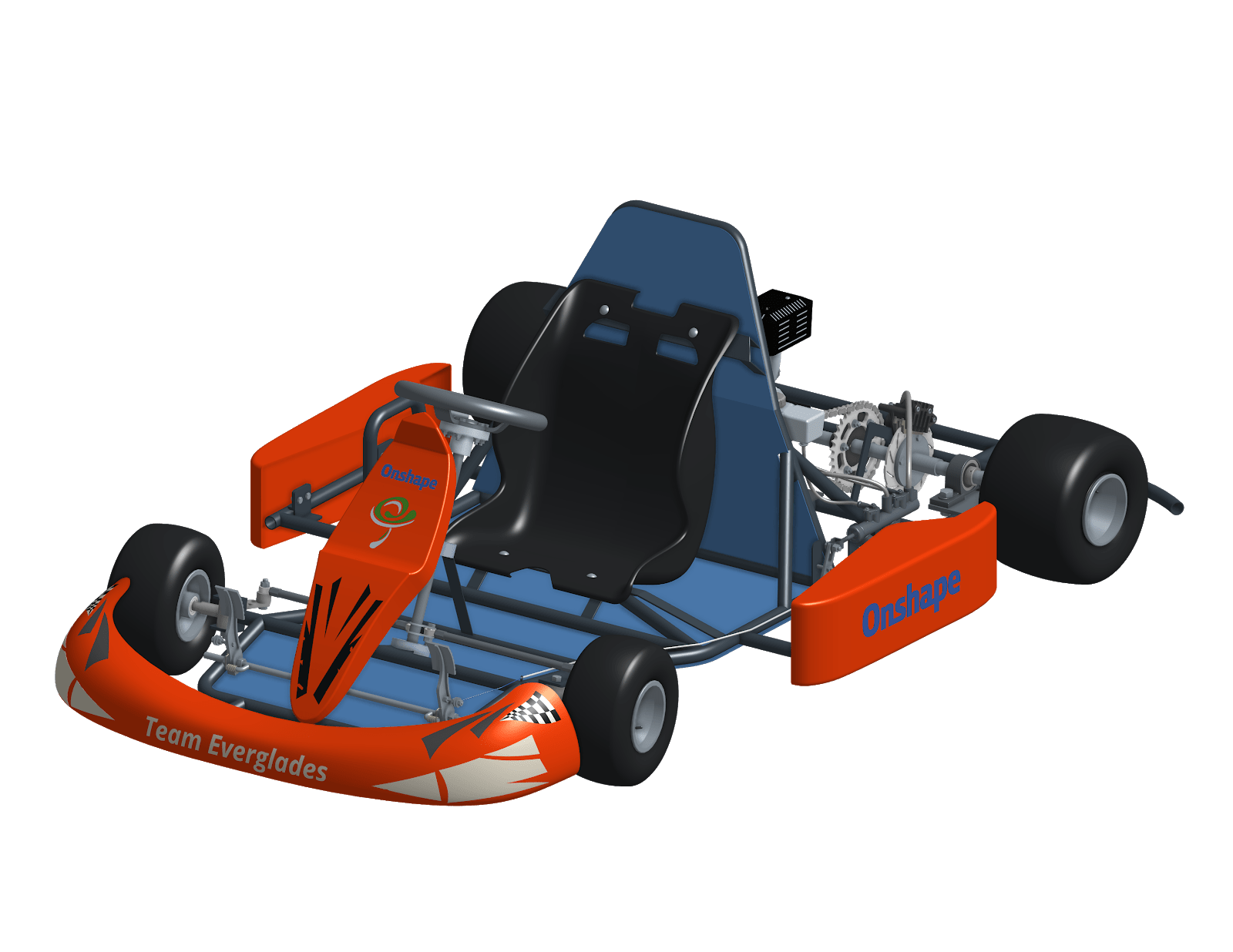 The Everglades Technologies team manufactures a GoKart designed in Onshape.

Over time, the Everglades team has taken their knowledge and understanding of Onshape and expanded into other services such as building data sets for applications, data migration, training, and other contracting work, all within the Onshape ecosystem. We heavily rely on Radha’s team to help build out our Standard Content offering. With all of this extra work coming in, Everglades decided to expand and open a second office in a second city. This expansion was further proof that small and medium-sized towns have the necessary infrastructure to be successful in software, even with heavy products like CAD. 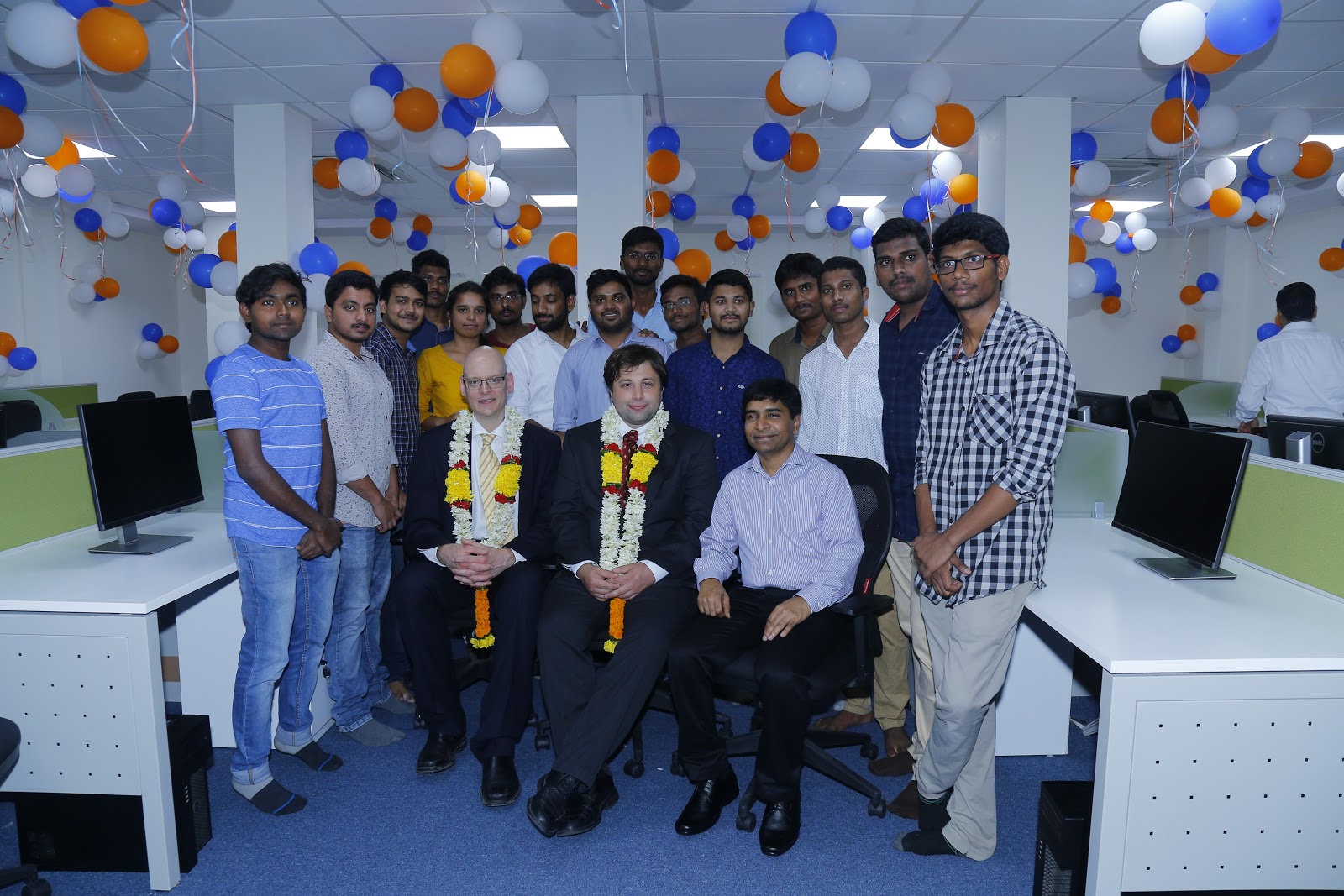 I was lucky enough to be invited, along with Onshape’s Vice President of Research & Development, Paul Chastell, to participate in the June 24, 2019 opening of the new Everglades Technologies office in Visakhapatnam, India. 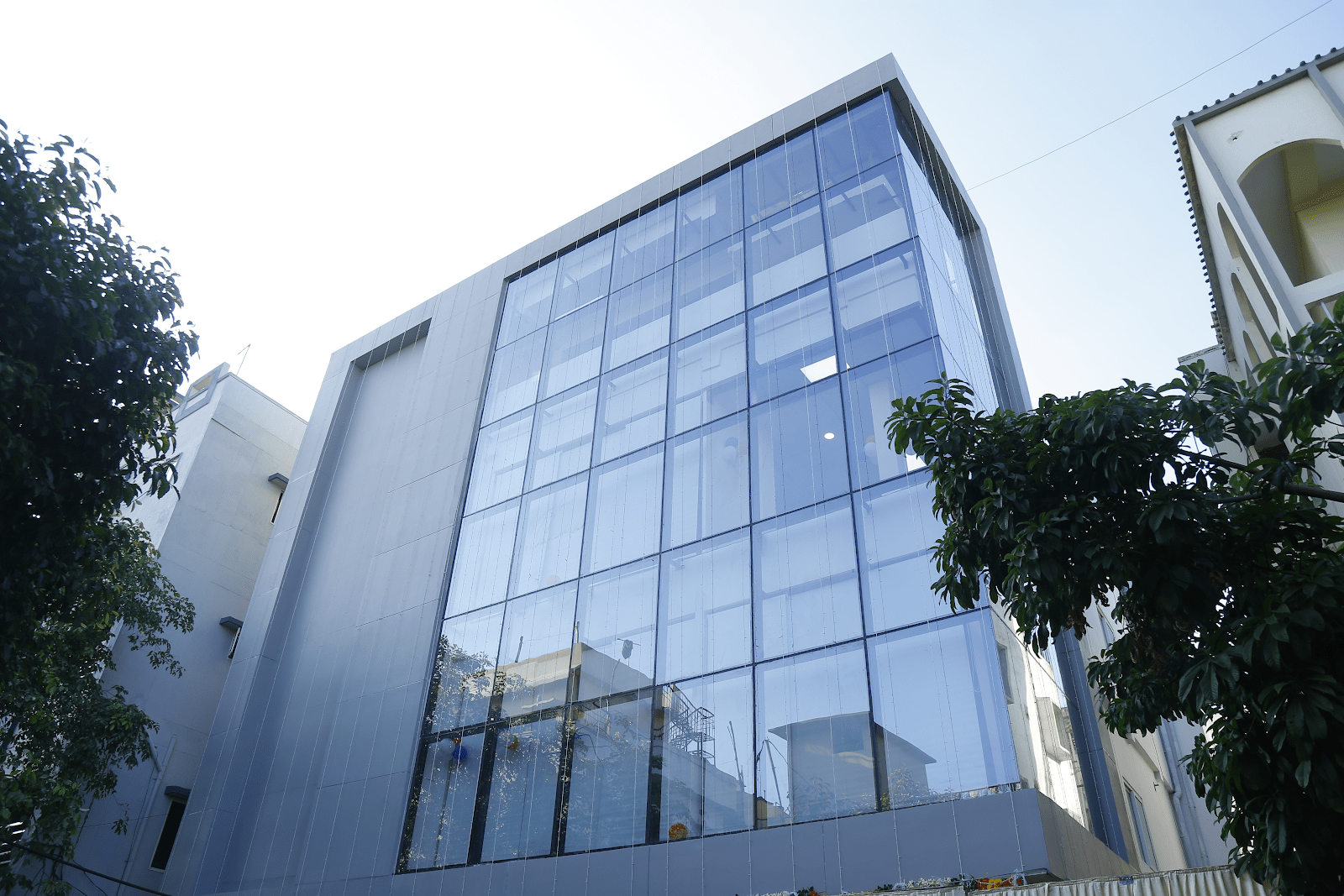 The Everglades Technologies office in Visakhapatnam.

It is a beautiful new three-story downtown office with areas for his employees to work, meeting rooms for clients, and a nice big office for Radha himself.

Visakhapatnam is the largest city in the state of Andhra Pradesh, India and has become a hotbed for technology companies. By comparison, Tanuku is a town that has 1.5% the population of Visakhapatnam. The goal wasn't to run two independent autonomous offices in two drastically different locations. Onshape empowers them to work collaboratively, allowing teams to communicate and be effective regardless of which office they are in.

Everglades has also benefited from the low IT impact of Onshape. The company hasn’t had to get a dedicated IT person or deal with installing builds each day. Everything automatically updates for his teams; they come in each morning and are available to work. 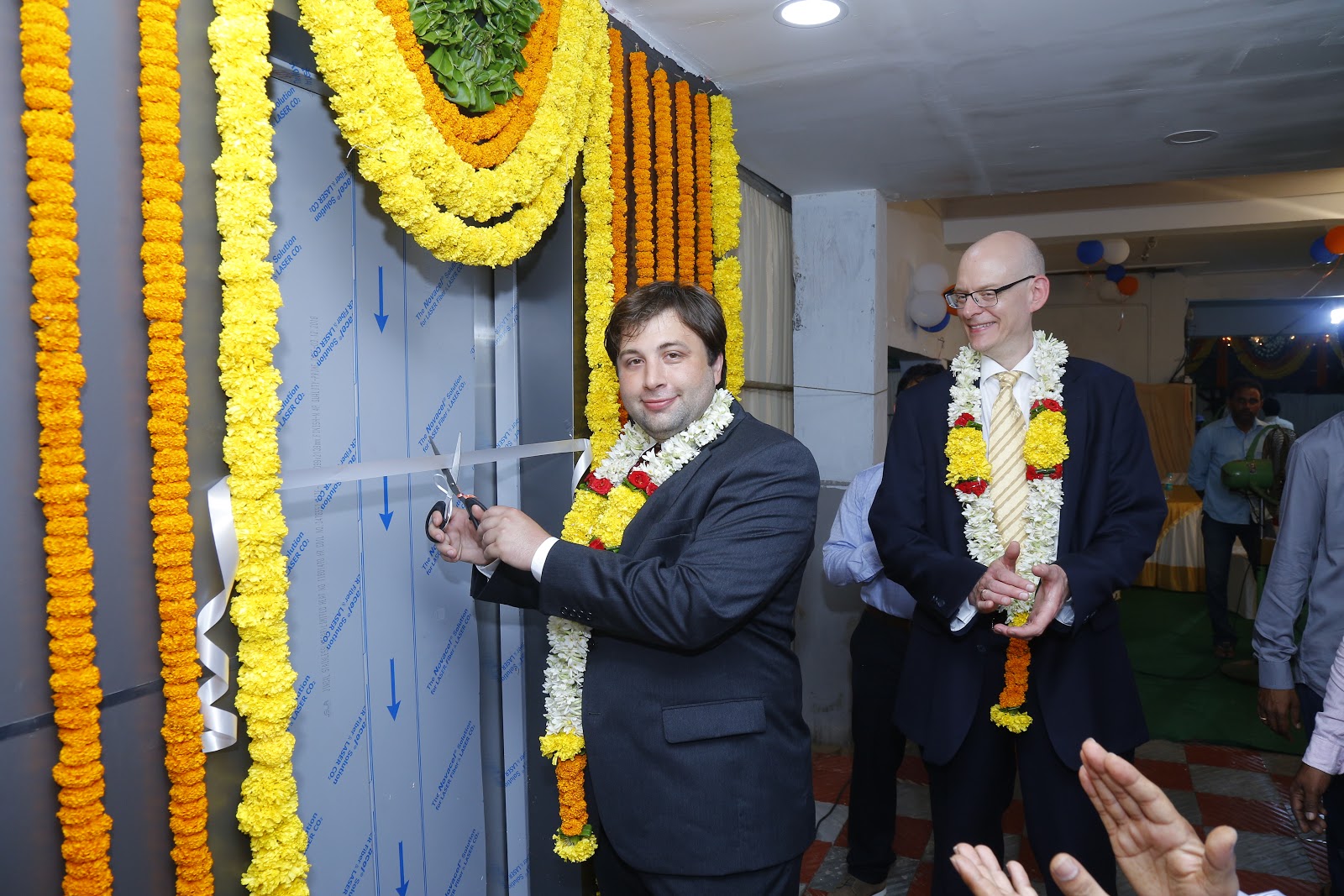 (From left to right) Onshape’s Jake Ramsley, Director of Quality Assurance, and Paul Chastell, VP of Research & Development, participate in the ribbon-cutting ceremony for the new Everglades Technologies office.

It's been four releases since the opening of the second Everglades Technologies office and each release has further proven Radha was correct not to be concerned. Onshape has made geography irrelevant as his teams collaborate across multiple locations without a hiccup.

So Onshape would like to extend our warmest congratulations to Radha and the entire Everglades team on their brand new office. Based on our positive interactions, I’m betting that it will be sooner rather than later that Radha will need to expand again!