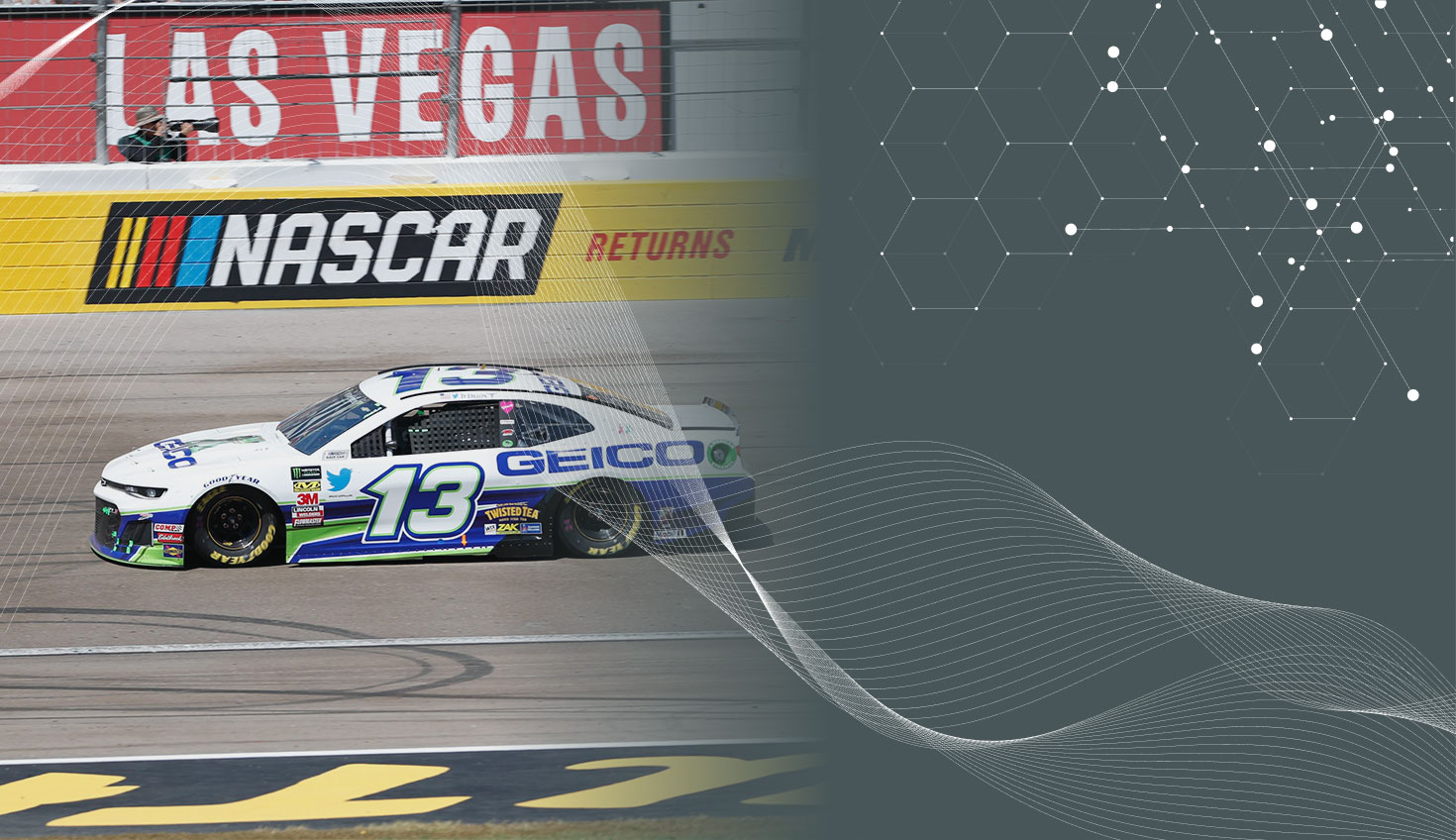 Germain Racing, which exclusively competes in the Monster Energy NASCAR Cup Series, has chosen Onshape as its primary CAD system. The team, which races the No. 13 GEICO Camaro ZL1, is currently upgrading its cars to meet the new 2019 design requirements for NASCAR.

“NASCAR just came out with a new aerodynamic package for next year to try to change the way cars handle around each other,” says engineer Matt Borland, Crew Chief for Germain Racing. “Some of our specific changes include a different splitter and different radiator pan in the front and a different spoiler in the rear. Onshape made the process extremely easy. To be able to make the design changes, run CFD simulations and get the results within a day and a half is pretty awesome.”

“When we were using our previous CAD system, it typically might require a couple of months of prep work just to get to the point where we could be running CFD cases,” he adds.

Based in Mooresville, North Carolina, Germain Racing was founded in 2004 by Bob Germain Jr., a third-generation automobile dealer. Germain Racing was crowned with its first NASCAR Camping World Truck Series championship in 2006 – just 26 months after first joining the NASCAR ranks. The team earned a second championship in 2010 and 22 wins during its eight years of competing in the Truck Series. 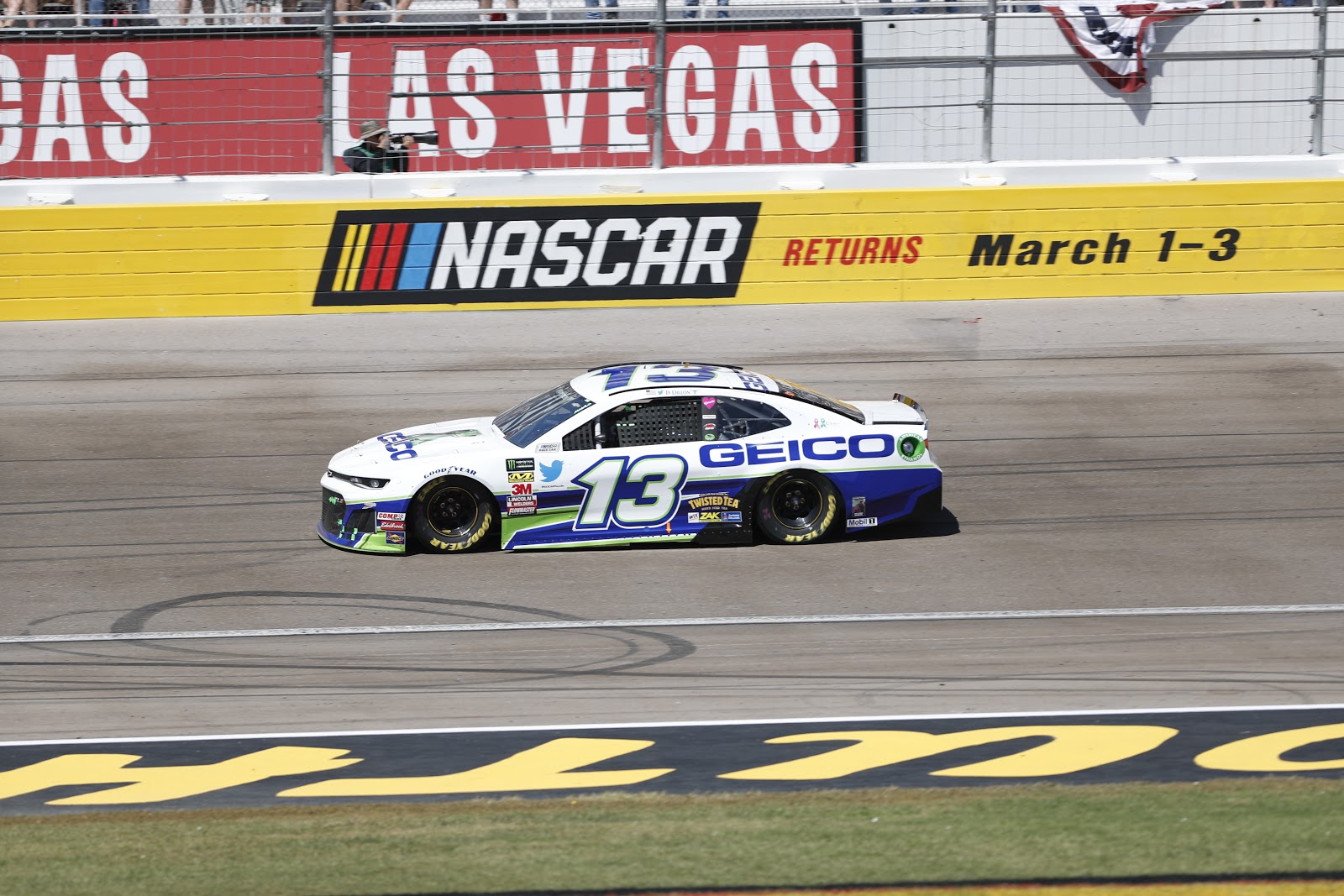 For Computational Fluid Dynamics (CFD) testing, Germain Racing uses SimScale, a Connected Cloud Application in the Onshape App Store. Without any upfront fees, downloads or installs, Onshape users can instantly import their 3D CAD models to SimScale to analyze them.

Here’s a peek at a couple of Germain Racing’s recent CFD tests in SimScale:

In NASCAR, as with most race cars, engineers are looking for as much downforce as possible, with the least amount of drag possible, while maintaining a predictable balance that the driver can count on lap after lap. In the simulation above, Germain Racing was looking at the velocity of the air in the direction of car travel, underneath the car. As you can see at the front of the car, there is higher speed air underneath the splitter, equating to more downforce. CFD allows you to “see” the air that you otherwise can’t see in real life.

In this simulation, the Germain team was looking at a few slices through the air as the car travels at speed, and looking at the Total Pressure Coefficient. This test offers a glimpse of how the wake of the car might act under race conditions. “The SimScale app is very quick and easy to use,” says Borland. “It gives us a relatively low cost way of examining the car’s behavior, with very little wind tunnel time. Onshape allows us to make surface changes very quickly, and import our native CAD files directly to SimScale."

Borland said he was initially attracted to Onshape because it requires zero IT overhead – no installs, downloads, license codes or server maintenance – and because his company would not need to invest in high-performance workstations typically needed to run CAD or simulation software.

Onshape runs on any computer, phone or tablet, with its Android and iOS mobile apps offering full CAD system functionality (versus being solely a viewer app for 3D models).

“We run a very lean operation at Germain Racing and it was very attractive to eliminate the headaches of hardware and IT management,” says Borland. “Being in the cloud is a huge plus for us. I can be sitting in my hotel room with my laptop or out on the track and be making design changes. Onshape lets us focus on what we care about most – our cars.”