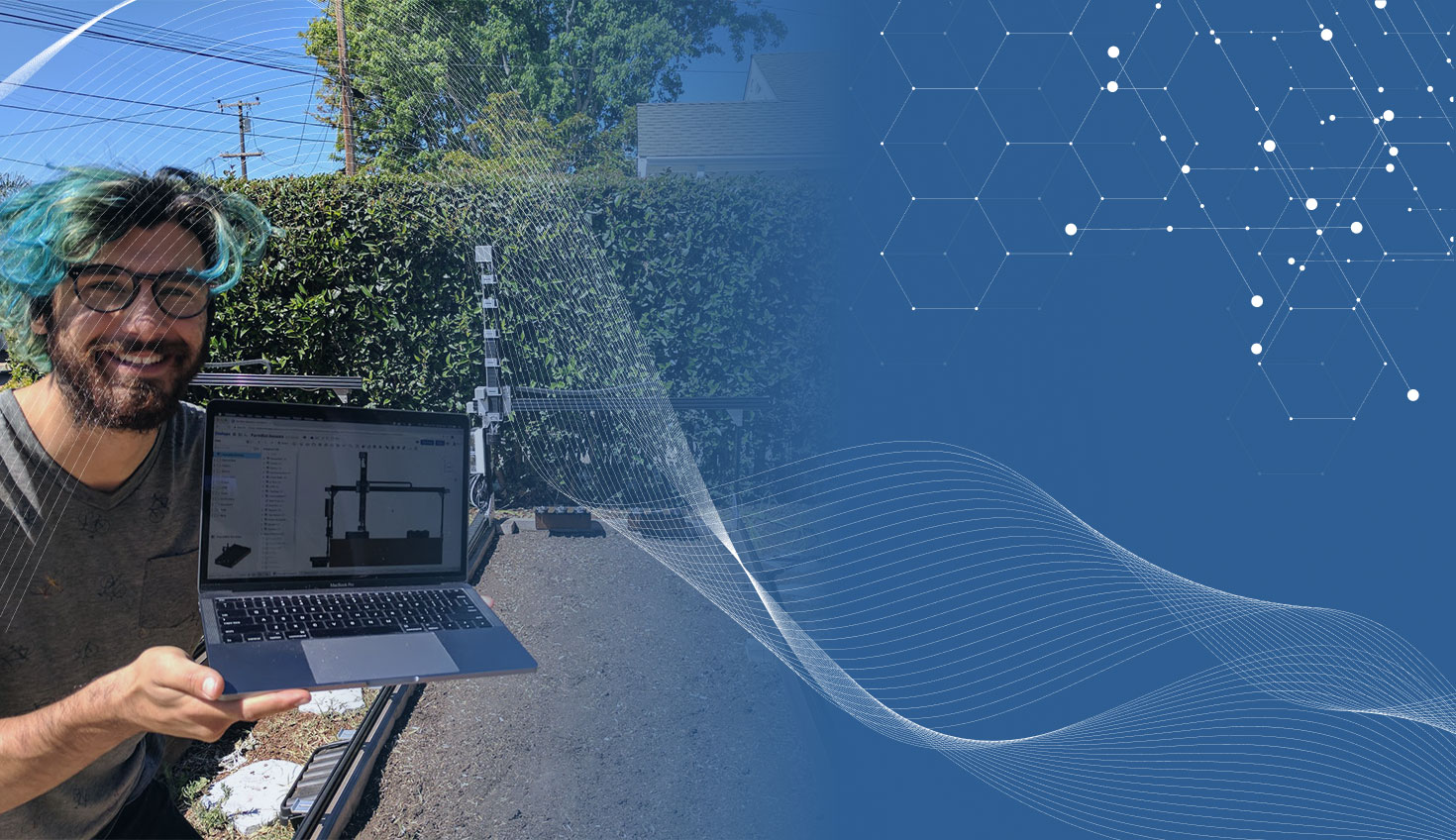 The FarmBot Genesis is not the first gamification of gardening. If you’ve been even a casual Facebook user for a few years, you probably remember being hounded by friends to play FarmVille, a social game that lets you tend virtual crops and take care of digital livestock. Unlike FarmVille, however, FarmBot “players” get to munch on real lettuce and broccoli at the end of the game.

FarmBot has developed “humanity’s first open-source CNC farming machine.” The automated Genesis plants seeds, waters them, detects and removes weeds and uses sensors to monitor the soil, weather and environment “to farm smarter over time.” After choosing their preferred vegetables with a video game interface, users can garden without getting their hands dirty, controlling the FarmBot from any computer, phone or tablet (see a video here).

“We’re not trying to replace somebody’s hobby or take away therapeutic time in the garden,” says FarmBot founder and CEO Rory Aronson. “This is meant for people who otherwise wouldn’t grow their own food and that's the vast majority of us. FarmBot customers like the concept of self-sufficiency. They like the idea of having a garden at home, but they don't have the time to get out there every single day.”

How to Manage a Team of 300+ Designers

FarmBot has a core development team of six full-time employees who work internally on new improvements before releasing them to more than 300 open-source contributors around the world. Onshape’s simultaneous editing tools, allowing multiple people to collaborate on the same model at the same time, have been especially valuable as the core team is spread out between California, Arizona, Illinois and Belgium.

“It's great to be in the same Onshape Document as another hardware engineer and editing stuff simultaneously or being able to watch or provide feedback. When we're both in the same workspace, I can update parts while my partner is updating the assembly,” Aronson says.

“When we need to get parts to our manufacturers or need to make a prototype on the 3D printer, we do things a lot quicker in Onshape,” he adds. “For us, this has meant at least a 50 to 100% increase in productivity as opposed to the old CAD workflow where only a single person can access a document at a time.”

GROWING A MOVEMENT – FarmBot provides the software and hardware to support small-scale, hyperlocal, DIY food production. Backyard farmers can either purchase kits and build their FarmBots as suggested, or modify the design and share their version with the open-source community. (Photo courtesy of FarmBot)

So far, more than a thousand people have copied the Onshape Public Document for version 1.3 of the FarmBot Genesis. Onshape is perfect for sharing open-source hardware projects because it not only gives contributors instant access to the CAD model, but also to the professional CAD tools needed to make modifications. In the past, many engineers who wanted to share their expertise were delayed by the gridlock of platform and software incompatibility.

“Onshape gets rid of a lot of barriers for us. You don’t need to download any software. All you need to do is create an account and it’s free,” Aronson says. “With any other system, you have to install software, be on the right computing platform or maybe export the files into other formats and import it into your system of choice. Sometimes you lose the design intention or it imports incorrectly.”

“Onshape does away with all those problems because it is accessible to anybody – and that’s what you ultimately want with open source. Often times the open-source tools they give you aren’t good enough for what you're trying to do. Onshape is very powerful, but equally important is that it’s user-friendly and easy to learn for our contributors,” he says.

If you want to start growing salads from your couch (the FarmBot works in greenhouses, too), you can buy an easy-to-assemble kit or build/customize your own machine from the open-source model.