At Premier Custom-Built, a custom cabinet and furniture manufacturer for the luxury market, the IT department has a dedicated shrine to obsolete technology. Their makeshift museum is small but symbolic, including a sample of nearly every generation of computer used to run the business since its founding in 1991. The most talked-about artifact is the boxy Apple Macintosh Classic, which was the first computer used by company founder Marlin Horst, father of current CEO Sheldon Horst.

You can see the Macintosh Classic and the rest of the computers put out to pasture in the photo below: 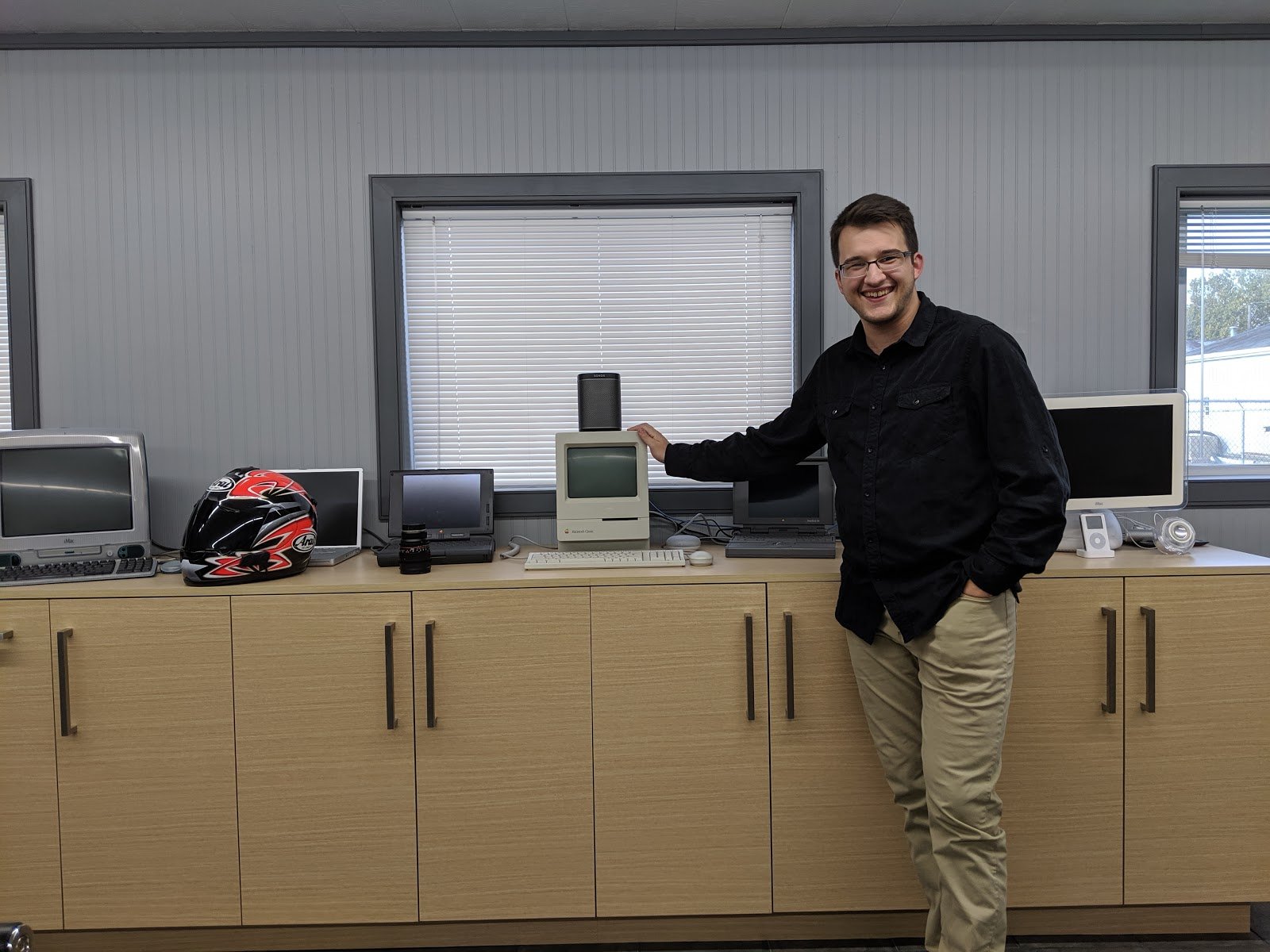 Software engineer Chad Stoltzfus with Premier’s obsolete technology display in the IT office.

“The display serves as a reminder that technology is always changing and we should not assume we’ve reached the finish line,” says software engineer Chad Stoltzfus. “It encourages us to keep trying to jump over the current hurdles and push on.”

“On a bit of a nerdy note, the original processor for the Macintosh Classic had a speed of 8 MHz, and the world record for processor speed today is 8.4 GHz which is more than 1000 times faster,” he adds.

Premier Custom-Built is based in Lancaster County, Pennsylvania – also known as Pennsylvania Dutch Country or Amish Country – which has a centuries-old tradition of woodworking originally fostered by the region’s Swiss-German immigrants.

“Craftsmanship is the center of what we do,” notes Premier CEO Sheldon Horst. “And I believe that as the generations continue, that preserving the craft will require technology to operate effectively.”

“Onshape has become a central part of our IT department,” says Horst, “and in so doing we've brought engineering and IT together to design and develop the product in a collaborative sense.”

IT has become a critical part of Premier’s product development process due to FeatureScript, Onshape’s open-source programming language that lets teams create custom CAD features specific to their industry or even only to their company. The Premier team has already created more than 50 custom cabinet features so far, automating repetitive tasks and giving engineers more time to focus on innovation.

“FeatureScript saves us 50-75 percent of the time to make multiple cabinets as opposed to have to model them one cabinet at a time,” says IT Manager Kevin Hertzog. 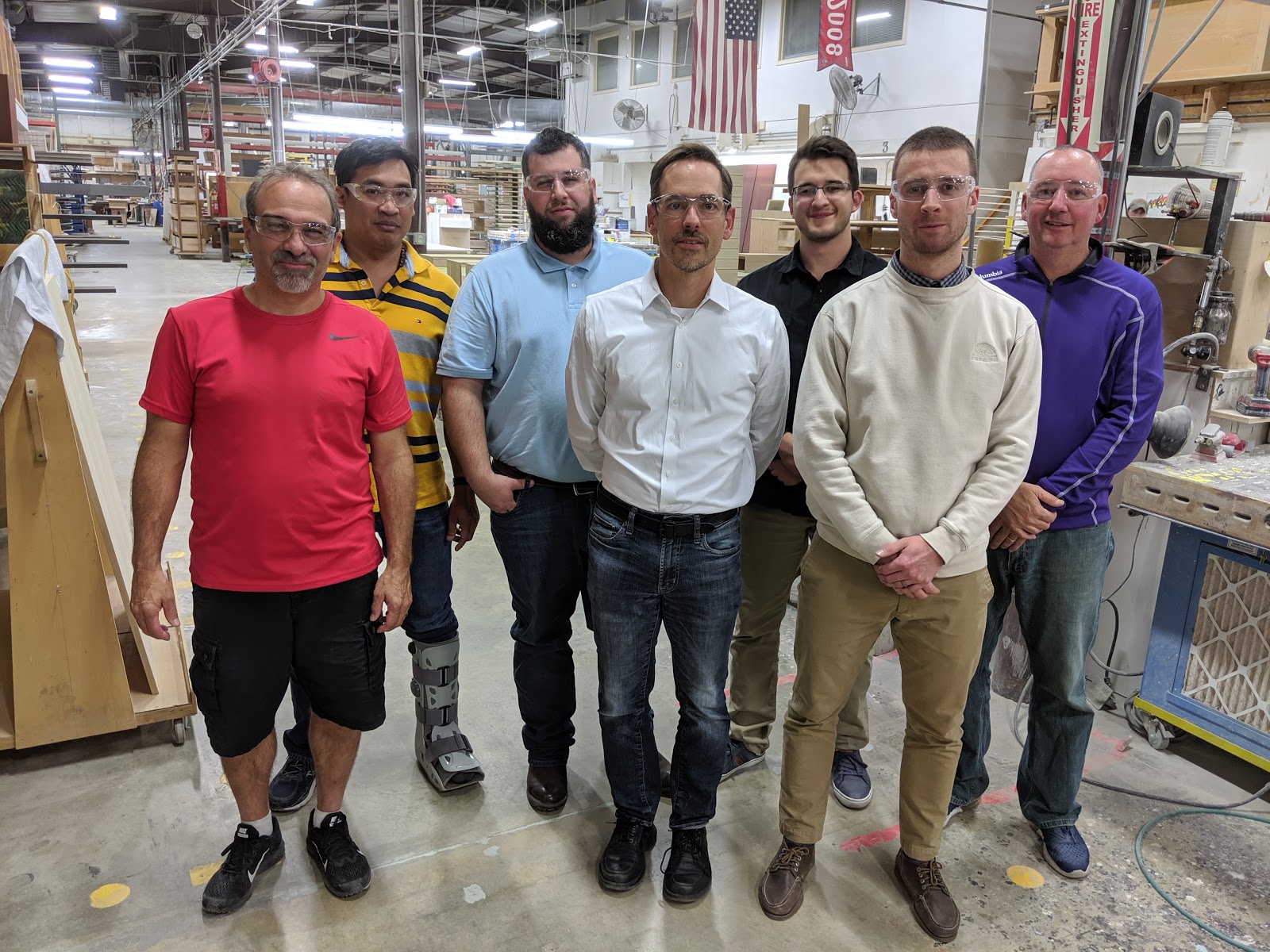 As emphasized in the company name, no two Premier cabinet designs are alike. Everything is made to order, and built twice – first in digital form and then in the physical form that gets installed in kitchens, living rooms and even yachts.

Because of the many available choices in materials, styles, sizes, colors, finishes and hardware, there are countless thousands of design combinations for customers to choose from. Premier uses Onshape Configurations to easily and quickly modify designs based on customer preferences (and in a future blog we will dive deeper into how they use the Configurations feature to streamline production).

One of Premier’s long-term goals is eliminating the amount of paper documents used on the manufacturing floor. Although the company designs and builds its own specialized machinery, and uses the latest technology across its multiple facilities, there is still a dependency on old-fashioned 3-ring binders (known as “the book”) to reference product information.

Eventually, all the product specs in those binders will live inside the Onshape CAD models, says Stoltzfus.

“With Onshape, we can take data from the CAD model and turn that into data for the shop,” he says. “Essentially, the definition of our product can exist not in paperwork and the model, but solely in the model.”

(Watch the video below to see how Premier Custom-Built uses Onshape to streamline its collaboration between its IT, engineering and manufacturing teams.)