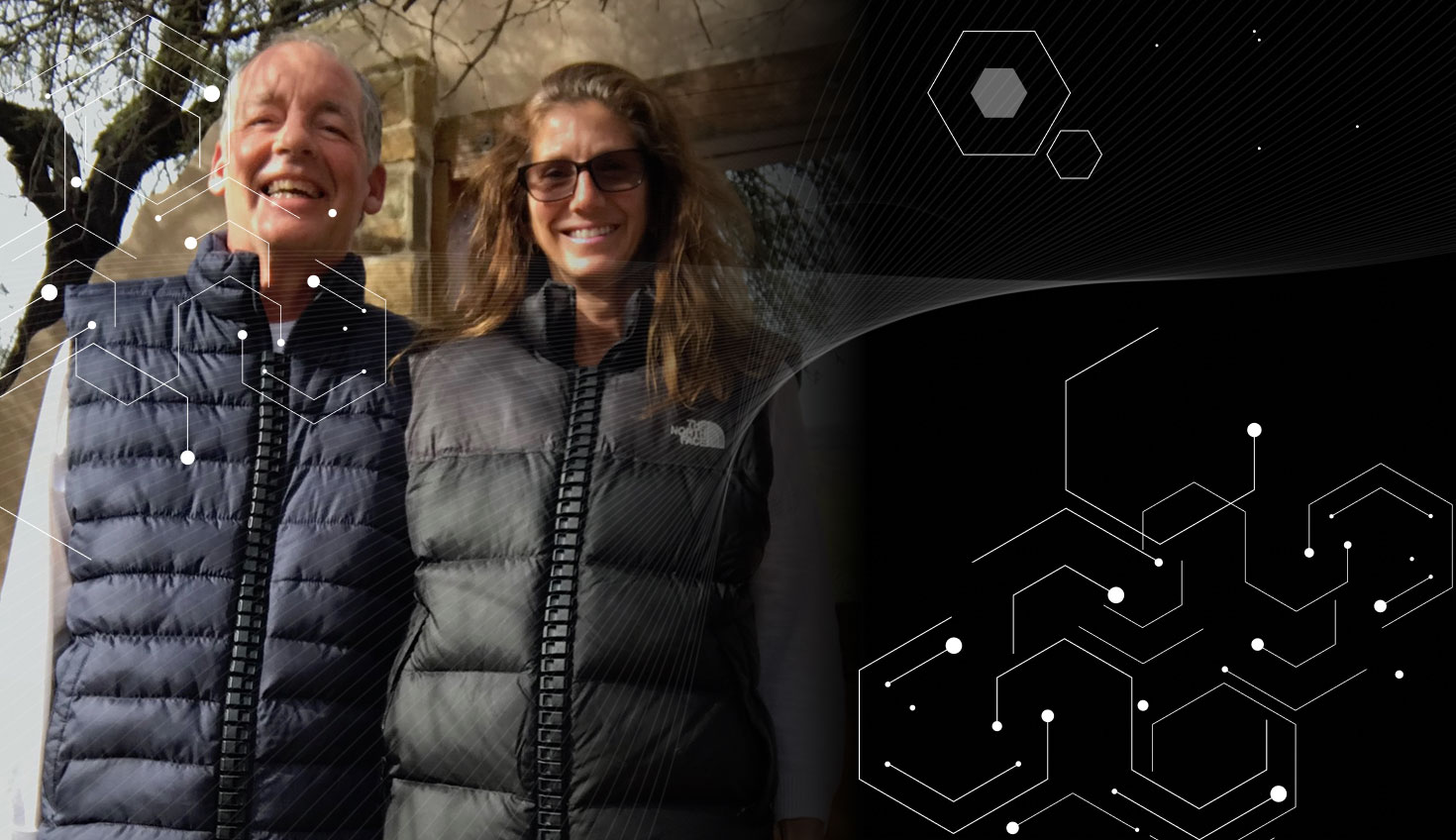 How ZipAid Used Onshape to Design on the Road

When Arizona industrial designer Bob Roberman lost mobility in his hands due to amyotrophic lateral sclerosis (ALS), he wanted to resolve a daily struggle with buttoning and zipping his clothes. He first tried attaching Velcro to his clothing – common advice he’d hear from doctors and therapists – but it soon proved to be an unsatisfactory solution.

“Velcro’s a great product, but it’s not the answer here,” Roberman says. “It was always tough to line up right or would bind up or buckle. And the more people I spoke to, the more aware I became of how many others had similar difficulties using an ordinary zipper.”

Not seeing any viable alternatives in the marketplace, Roberman designed and 3D-printed his own magnetic clips that would fit over his favorite jacket’s zipper when he and his wife Gail traveled cross country in their RV. The ad-hoc solution worked so well that he decided to design a manufacturable version he could make available to people with developmental and physical disabilities, arthritis and other muscle dexterity issues.

Partnering with Chicago fashion designer Roxanne Argoudelis and industrial design firm Rehkemper ID, Roberman has gone through dozens of design iterations and has shared his prototypes with doctors at Massachusetts General Hospital. His ZipAid magnetic zipper fasteners will be available to the public in the second half of 2018.

The plastic-encapsulated magnets fit over any pre-existing zipper and do not require any clothing modification.

“ZipAid was designed to look very streamlined and fashion forward,” says Argoudelis. “We didn’t want it to scream out that the wearer has a disability. We think it will go mainstream. We’ve had lots of people come up to us and ask, ‘Where did you get that? How can I get one?’”

Because he wanted to design his magnetic zippers on the road during his RV journeys, Roberman chose Onshape, a modern CAD system that runs on any computer, tablet or phone (Android or iOS).

“I’d design whenever I had an idea and I wasn’t driving,” he says. “It was really cool to be able to design on my iPad, Mac or phone using WiFi hotspots. I also could easily show the product to people on my phone as the design evolved.”

Roberman, a former Director of Business Development for SOLIDWORKS®, says he was also initially attracted to Onshape’s built-in collaboration tools and version control.

“The biggest difference I noticed from using my old CAD system was being able to instantly share my models with my partners in Chicago and Hong Kong. The old way of sending CAD files back and forth by email or Dropbox took forever,” he says. “Collaboration is just so much easier in Onshape. We were just both in the model the other day using ‘Follow Me’ mode and discussing changes. So much better than email.”

“One of my partners was using SOLIDWORKS with no PDM, so keeping track of the latest version was a big pain,” Roberman adds. “There was a lot of confusion naming files like ‘My-New-Design-1’ and ‘My-New-Design-2.’ Now I can do different design configurations without worrying about which one is the latest one and who did what. Onshape automatically tracks everything for me. I would never go back to the old way.”

"Since working with me on ZipAid, my industrial design partner Rehkemper was so impressed with how easy it was to collaborate back and forth that they’re now an Onshape customer, too,” he says.

Bob and Gail Roberman model their winter vests retrofitted with ZipAid magnets, which they hope will provide some independence to people with physical disabilities.

Roberman, who has a slowly progressing form of ALS, has been living with the disease for almost seven years. He is currently exploring distribution deals for ZipAid and hopes to have the product soon widely available at retail outlets, medical supply stores and online.

“I’m not looking to make a billion dollars,” he says. “If this helps people, that will make me happy. I want therapists and neurologists to know there’s something better available. Right now, hospitals don’t have any answers for this problem.”

“I’ve had people with arthritis try it. Another guy had a broken arm and was grateful to be able to have an easy-to-use replacement zipper for 6 or 8 weeks,” Roberman says. “I can also see this being popular with really young children and the elderly. We’re giving people a little bit of their independence back.”