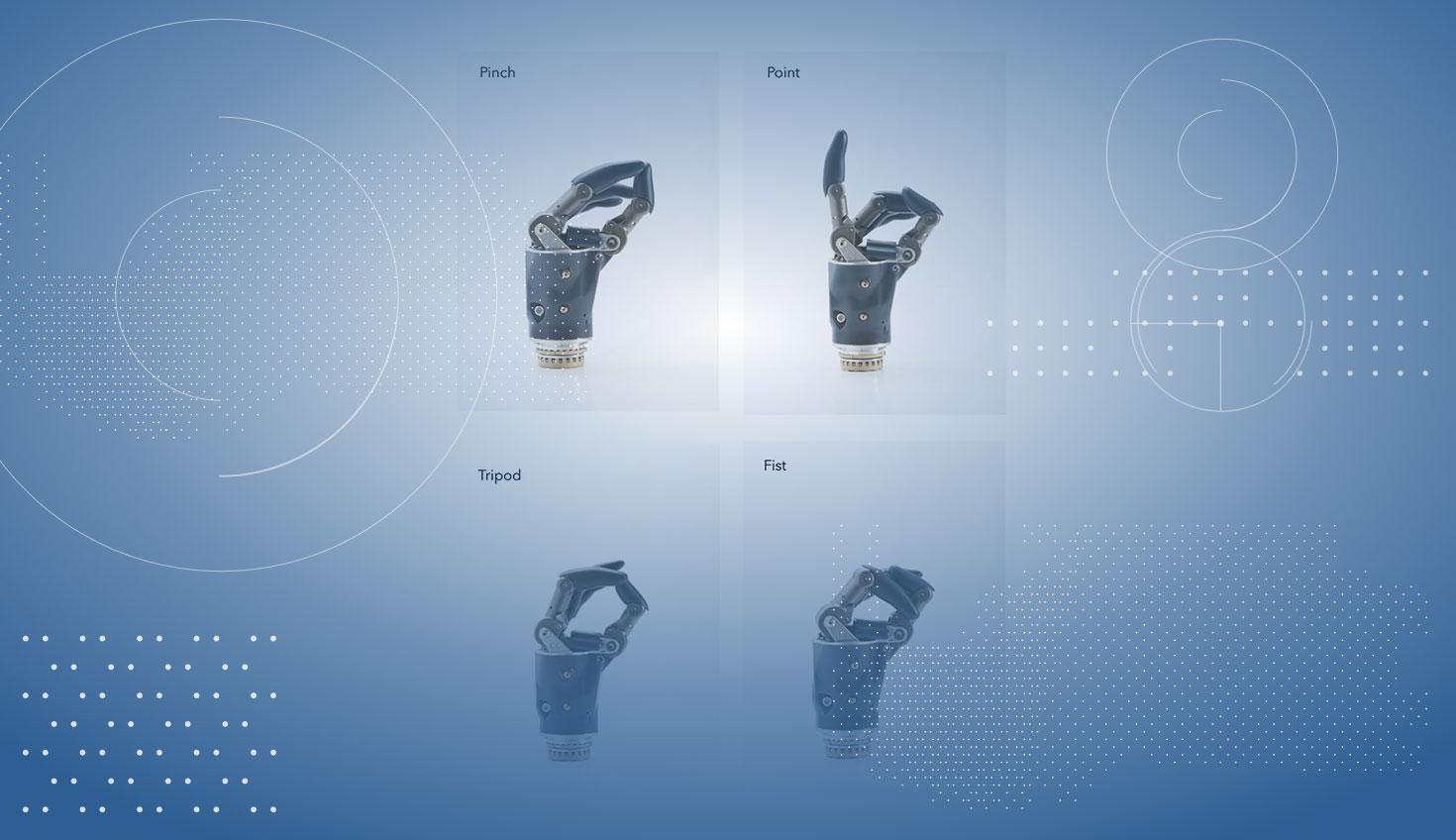 In the 1990s, mechanical engineer Jos Poirters designed and built robotic characters at the famous Efteling amusement park in the Netherlands. After moving to Norway with his Norwegian wife in the early 2000s, he met a young girl who was born without her left arm. The encounter inspired a decade of research and development that led to the invention of the world’s first hydraulic hand. In 2015, Poirters teamed up with (CEO) Christian Fredrik and two others to found the medical device company Hy5. 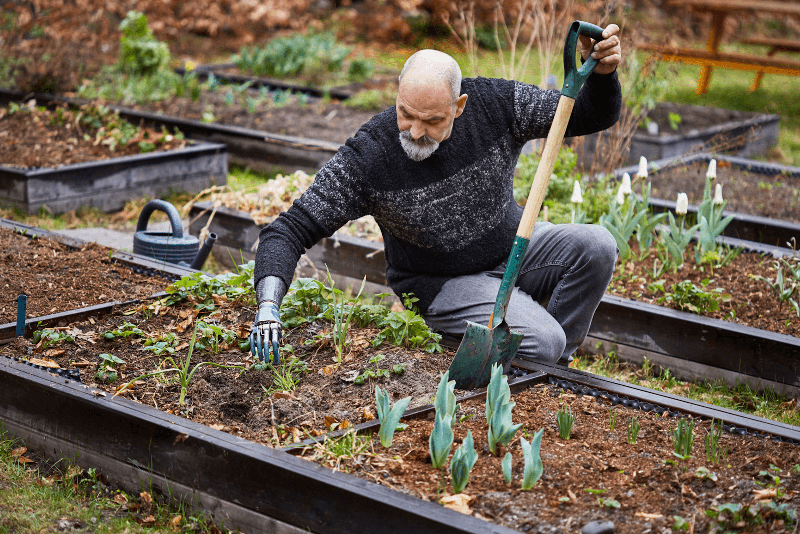 Hy5’s “MyHand” is controlled by electronic sensors that connect to the user’s arm muscles. The hydraulic hand’s titanium fingers are able to produce a very stable grip on most objects. (Photo courtesy of Hy5) 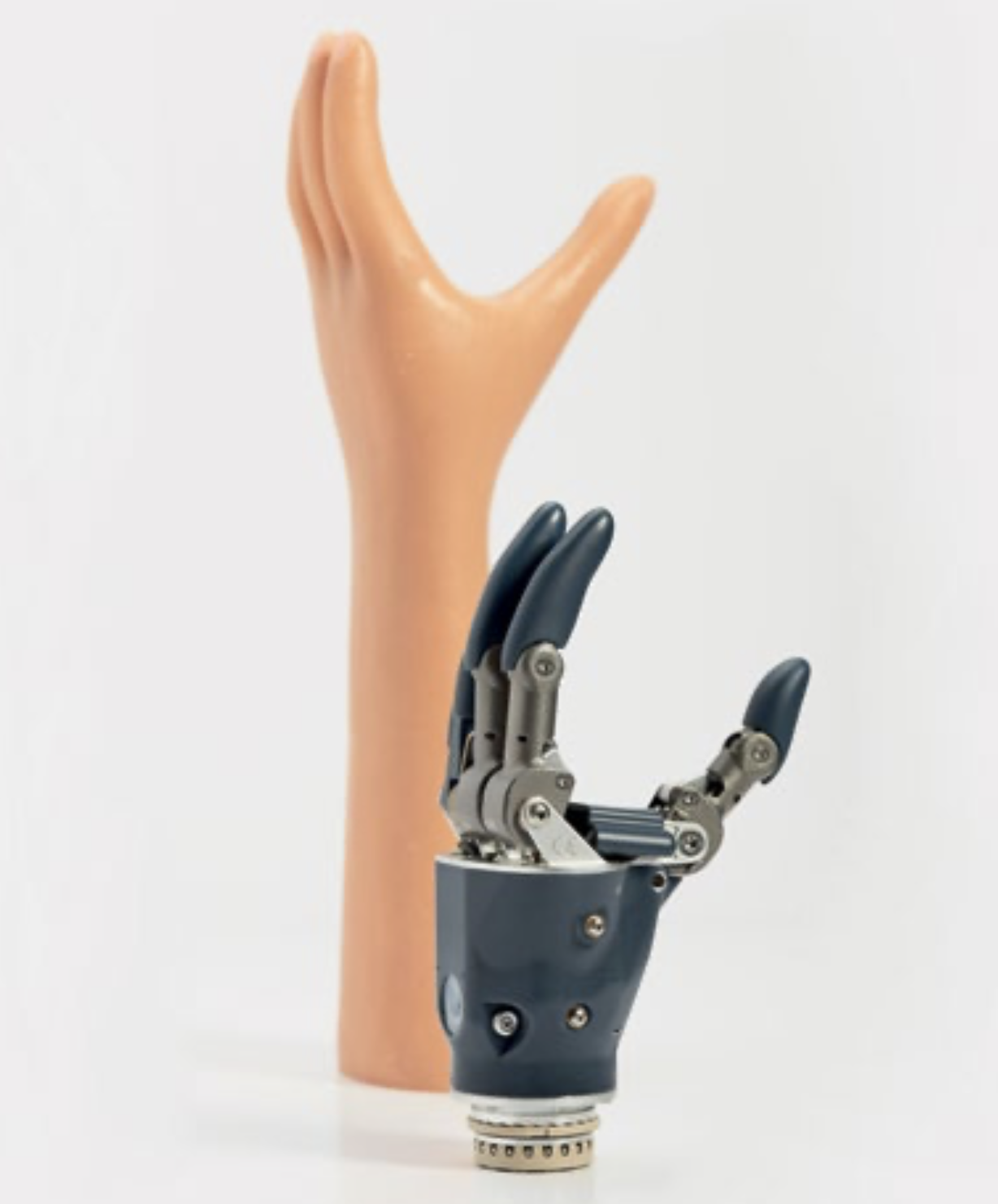 As a safeguard, MyHand includes an emergency release switch, which Kyrkjebø demonstrates in the video below: 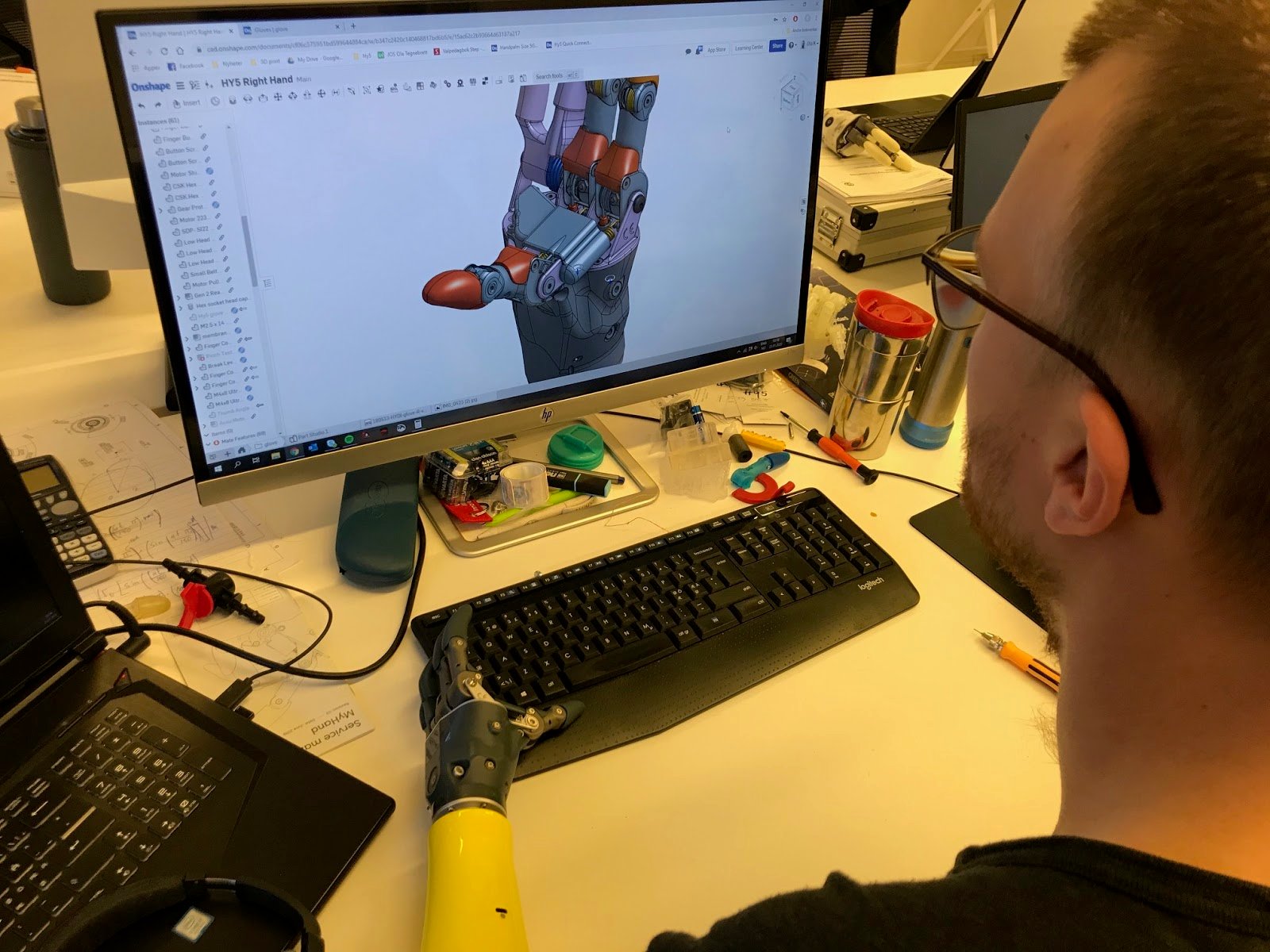 The Hy5 engineering team switched from file-based CAD to Onshape in 2016, the early days of the MyHand’s development, because they wanted to move to a cloud-native product design platform. 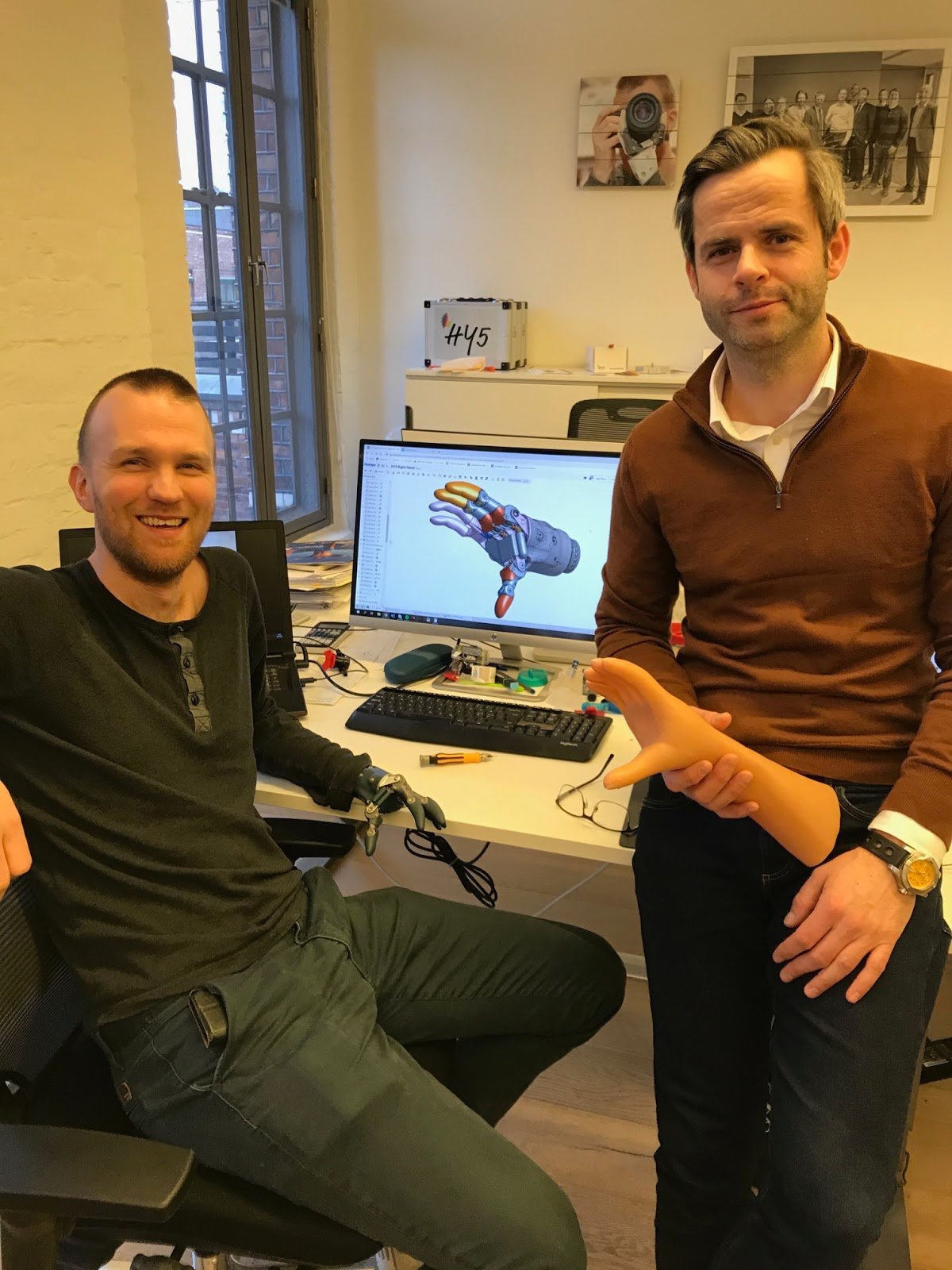