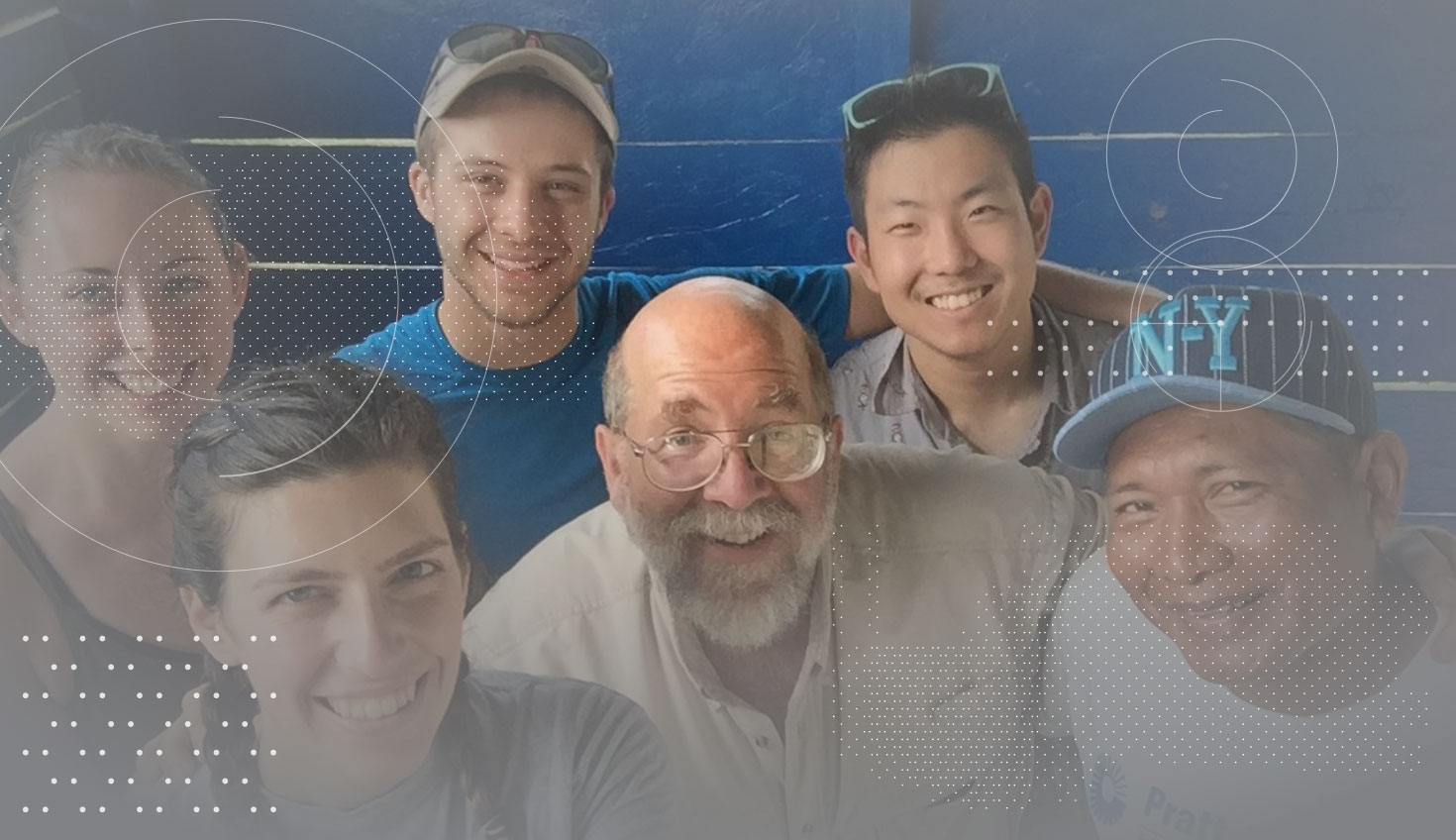 When Rensselaer Polytechnic Institute engineering student Tim Andrews was told to “expect the unexpected” while volunteering in rural Panama, he soon experienced why the advice was more than just a tired cliché.

Andrews first visited the remote island community of Sandubidi (also known as Popa II) in 2016 as a sophomore with his school’s chapter of Engineers Without Borders. For the past few years, the volunteer team has focused on helping the village collect and treat rainwater for a safe drinking supply. Sandubidi has no electricity or plumbing. The first phase was creating a gutter system along the metal roof of a pre-existing community shelter and feeding the gutters into two 600-gallon tanks. Chlorine treatment stations were added the following year.

“I learned that you need to expect that your plans will change due to unexpected circumstances,” Andrews recalls. “The original design we had in mind at school needed to be modified very drastically when we arrived. When we got down there, part of the system that was installed the year before had fallen apart, so we had to make a lot of changes on the fly.”

“In Panama, everything rusts, so you need to make sure anything you build can withstand a harsh tropical marine environment,” he adds. “Our initial design had metal strapping and screws, so we had to make sure that everything we used was galvanized and would be more durable. For example, our initial nozzles were metal and those had started to rust even after one year. We replaced them with PVC.” 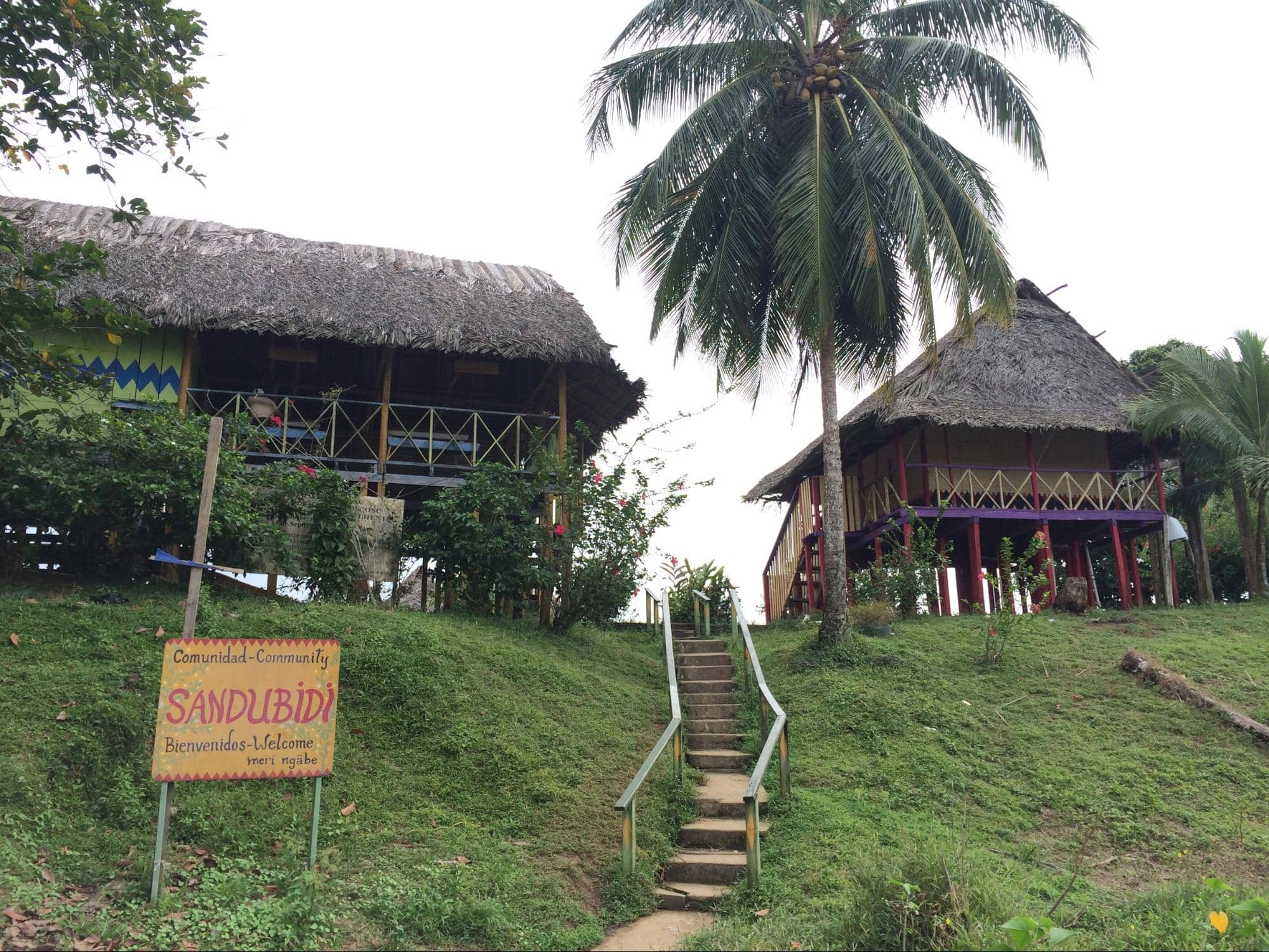 Located in the Bocas del Toro region, the Panamanian village of Sandubidi has no electricity or running water.

In January 2017, the RPI students returned to Sandubidi to check that the gravity-fed treatment system was still working and to test the bacteria levels in the water. Andrews documented the design project’s evolution for the national Engineers Without Borders office using Onshape’s free Education Plan.

“Most of my experience at school has been working in group projects on design work, and just being able to so easily share my designs with my team online is really appealing,” says Andrews. “The other thing I found really useful about Onshape is the ability to keep everything organized within a few Part Studios and sub-assembly tabs.”

“Since our club has so many members and those members are constantly changing – people graduating and new students always joining – I thought Onshape was perfect to document our projects and make sure the data is always easily accessible to current members,” he adds. 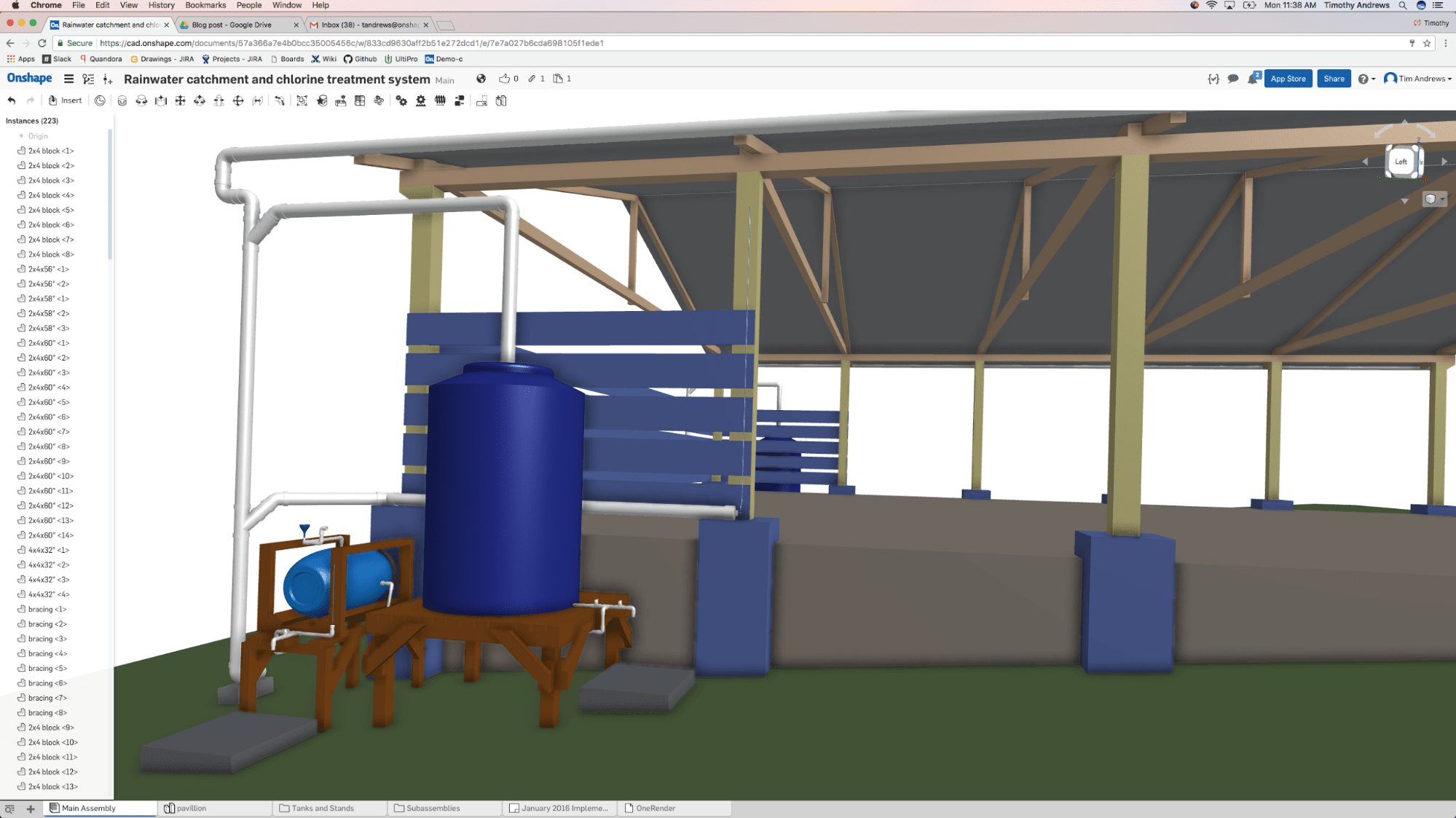 The Onshape Education Plan is free for all current students and teachers at accredited schools and universities. Onshape’s EDU Plan has the same full CAD functionality as the Onshape Professional Plan, and includes a free 12-week college curriculum for instructors.

Andrews, who recently parlayed his enthusiasm for full-cloud CAD into an internship with Onshape’s Quality Assurance engineering team, will finish out his senior year at RPI in 2017-2018. He says he expects his classmates to continue to use Onshape as they move on to new Engineers Without Borders projects in Nicaragua and Panama.

“If you’re collaborating as a team and have multiple students doing CAD, Onshape is the best way for you to work faster and more efficiently,” he says. “You don’t have to worry about downloading or updating any software, and it’s easy to make sure that all the parts you build are fitting together well with other people’s parts. Especially in a group work environment, I hope I don’t have to use anything else!”

(If you’d like to support RPI’s upcoming Engineers Without Borders service projects in Panama and Nicaragua, you can donate here.)