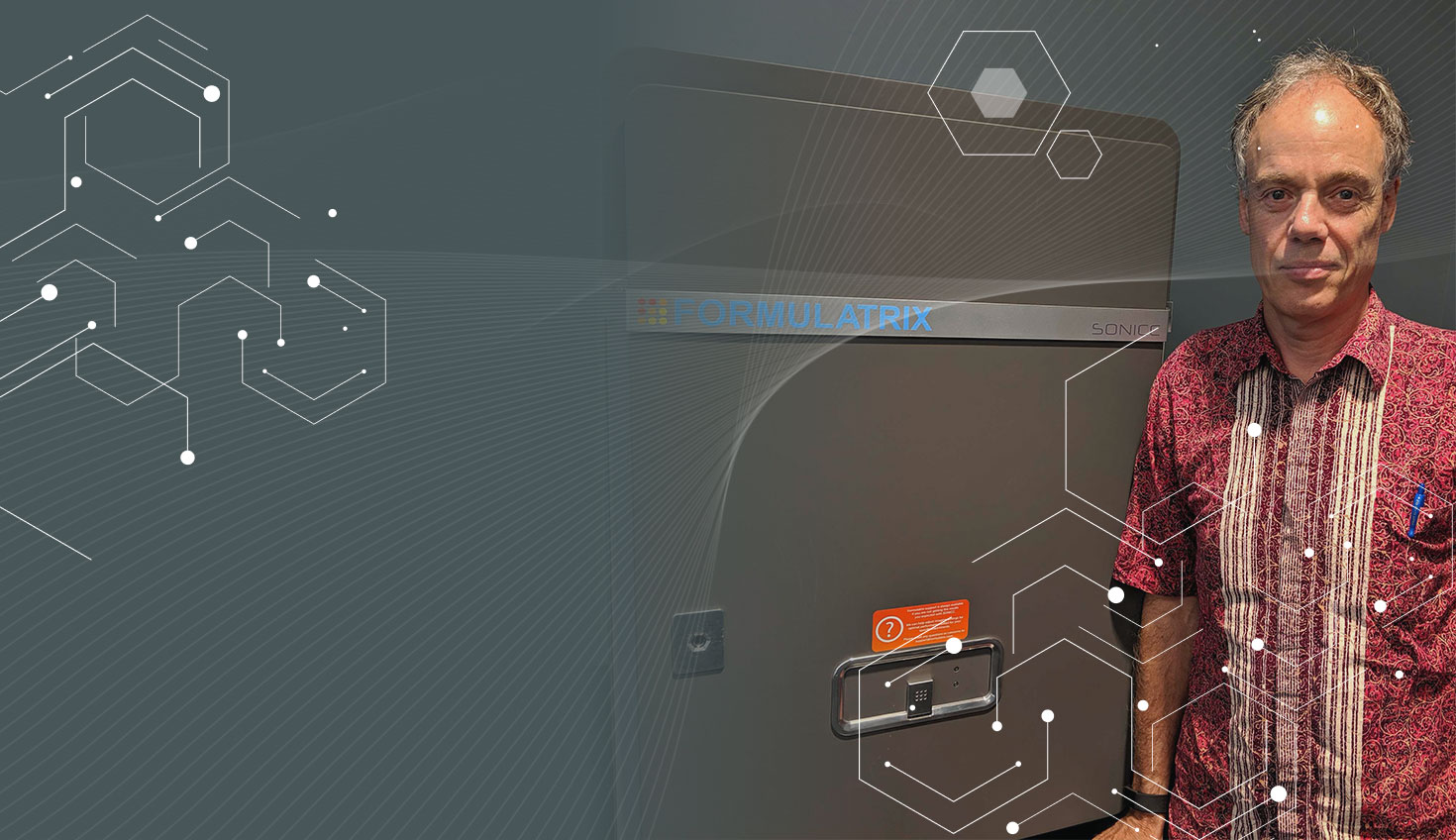 Formulatrix makes one of the smartest refrigerators in the world. From the outside, the ROCK IMAGER 1000 looks like a hybrid between a bank vault and a dorm fridge. But on the inside, a robotic microscope is scanning, imaging and categorizing thousands of protein samples for pharmaceutical research. The process is much faster and more accurate than a fatigued human eye, and it is speeding up the search for new treatments for every imaginable disease and health ailment.

Proteins are the building blocks for the body’s tissues and organs, necessary for their structure and function. Many diseases are connected to the presence of a “rogue protein,” one that doesn’t function properly. Crystallization helps researchers understand the atomic composition of proteins. Through trial and error, researchers dissolve proteins in various chemical cocktails to get them to crystalize like salt. X-ray beams then can be focused through these crystals and the diffraction patterns can be used to determine the exact arrangement of atoms in the protein.

“This kind of research is sometimes like a fishing expedition," says Heinrich Köchling, Director of Worldwide Engineering at Formulatrix. “Scientists make up mixtures of chemical compounds that they hope a dissolved protein will eventually crystalize in. They don’t know that it will, but they hope that it will. One of our big machines can handle 1,000 plates, with each plate having up to 96 different samples in tiny test tubes or wells. So you can have 96,000 individual experiments going on at once.”

“In the past, a human would look at every one of those wells in a microscope. And when crystallization requires cold temperatures, they’d have to spend hours in a cold room,” he adds. “Our device looks at 96 samples every five minutes, 24 hours a day. Sometimes it can take weeks for a protein to crystalize. And sometimes we’ll get a beautiful crystal, but it’s just the cocktail's salt in the solution. So we’ve developed different kinds of microscopes to determine ‘Is there a crystal, and is it a protein crystal?’” 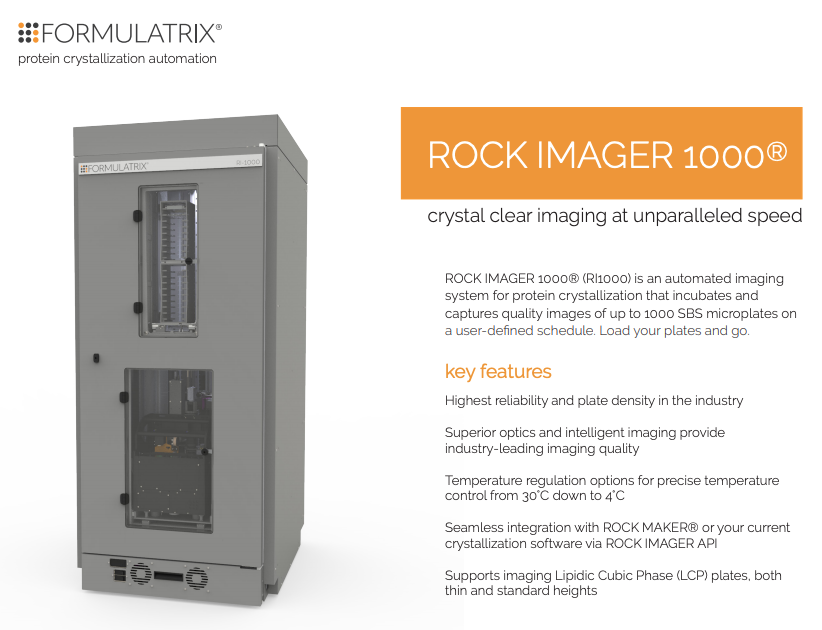 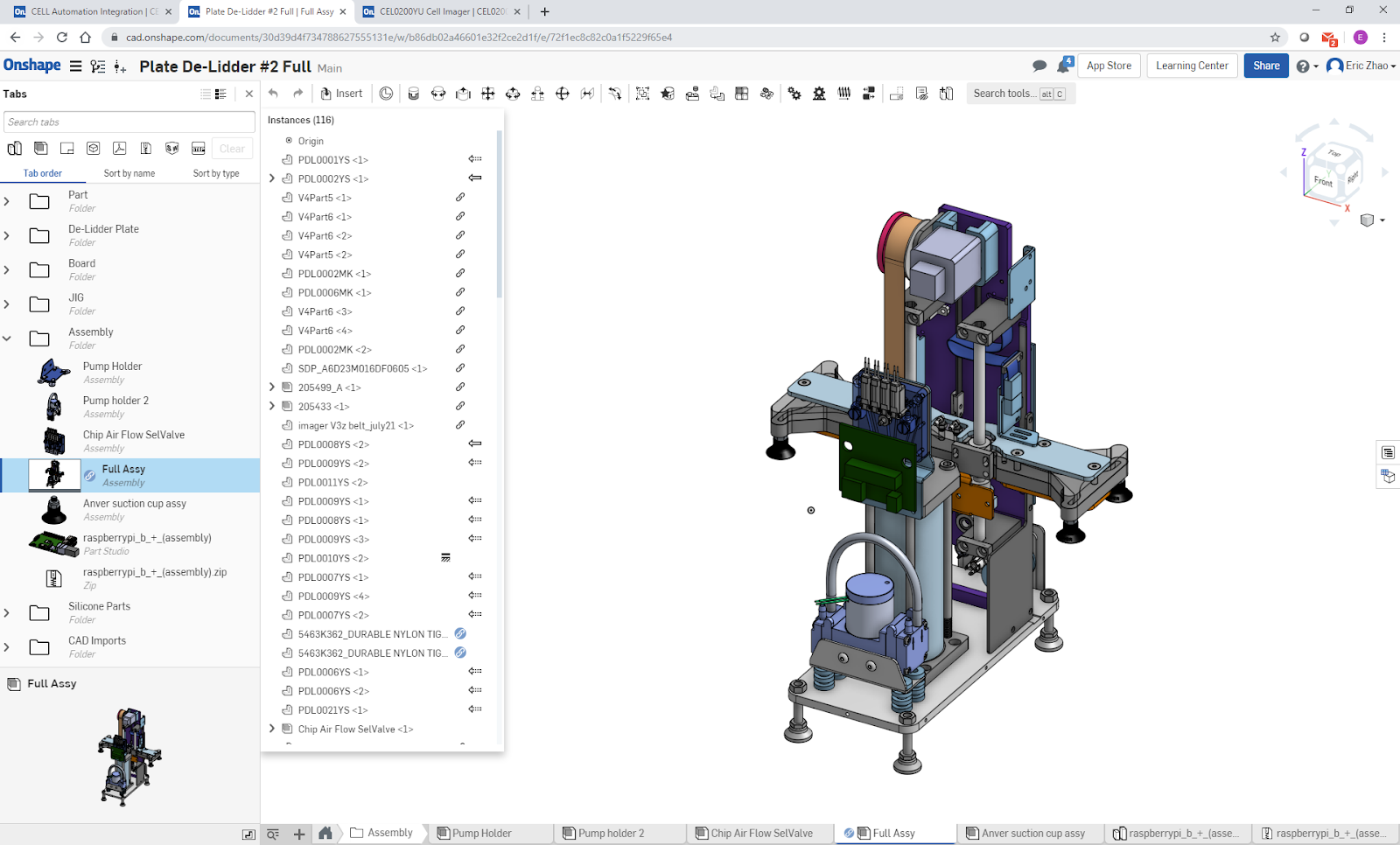 To design its protein crystallization imaging equipment, Formulatrix chose Onshape, the only cloud product development platform that combines CAD, data management and real-time collaboration tools. Pictured above is a machine component that removes the lids from microtiter plates. (Image courtesy of Formulatrix)

Formulatrix, which is working on about a dozen active design projects at any one time, has 60 employees in the United States with another 550 employees based in Indonesia. Out of that total, there are 15 mechanical engineers in the U.S. working closely with 85 counterparts in Indonesia – and an additional 100+ engineers in software integration, process engineering and manufacturing.

“We do everything in-house and our iteration cycle is very rapid. We’re able to design and build prototypes in a matter of days versus weeks or months,” says Köchling. “One of the things that most attracted us to Onshape is the collaborative capabilities of its cloud-based platform. The ability for our American team and our Indonesian team to work together in real time is extremely valuable. The time difference is 12 hours and we were losing a lot of time when we used to have to send files back and forth.”

Using Onshape’s unique cloud database architecture, multiple engineers can simultaneously work on the same CAD model and see changes update as they happen. A comprehensive Edit History tracks who made which changes and when, allowing users to instantly revert to any earlier state of the design at anytime.

“Onshape just has a sense of immediacy to it,” says Köchling. “This allows our engineers to convey design intent and their vision of what the model should be in the moment. In other words, no one has sole control over the model. In a program like SOLIDWORKS, somebody owns the model. You can tell them what to do to the model, but you can’t literally take the mouse out of their hand if you’re 12,000 miles away and change things.”

“The more ideas percolating into a model, the better,” he adds. “Onshape enables us to investigate and explore a much broader range of possibilities.”

Köchling says because Onshape runs on mobile phones and tablets, he envisions it soon becoming an indispensable tool for his service engineers in the field.

“One of the things we’ve learned over the past few years is that some of our early machines were better built than we thought,” he says. “People are using them longer and longer, even though they were designed for a 5-year lifetime. So it’s difficult for our service people to have to go back and look at older revisions of the machine to make sure they are ordering the right parts.”

“As all our machines moving forward are designed in Onshape, it will be easier to look back at earlier releases and better serve customers onsite,” he notes.

On the flip side, Köchling says his company is extremely pleased with the responsiveness of the Onshape Support team.

“The guys in Indonesia are very happy with their interactions with Onshape. We have a punch list of the things (new features/improvements) we’d like to see, and we’re updated on a reasonably regular basis on the development team’s progress,” he says. 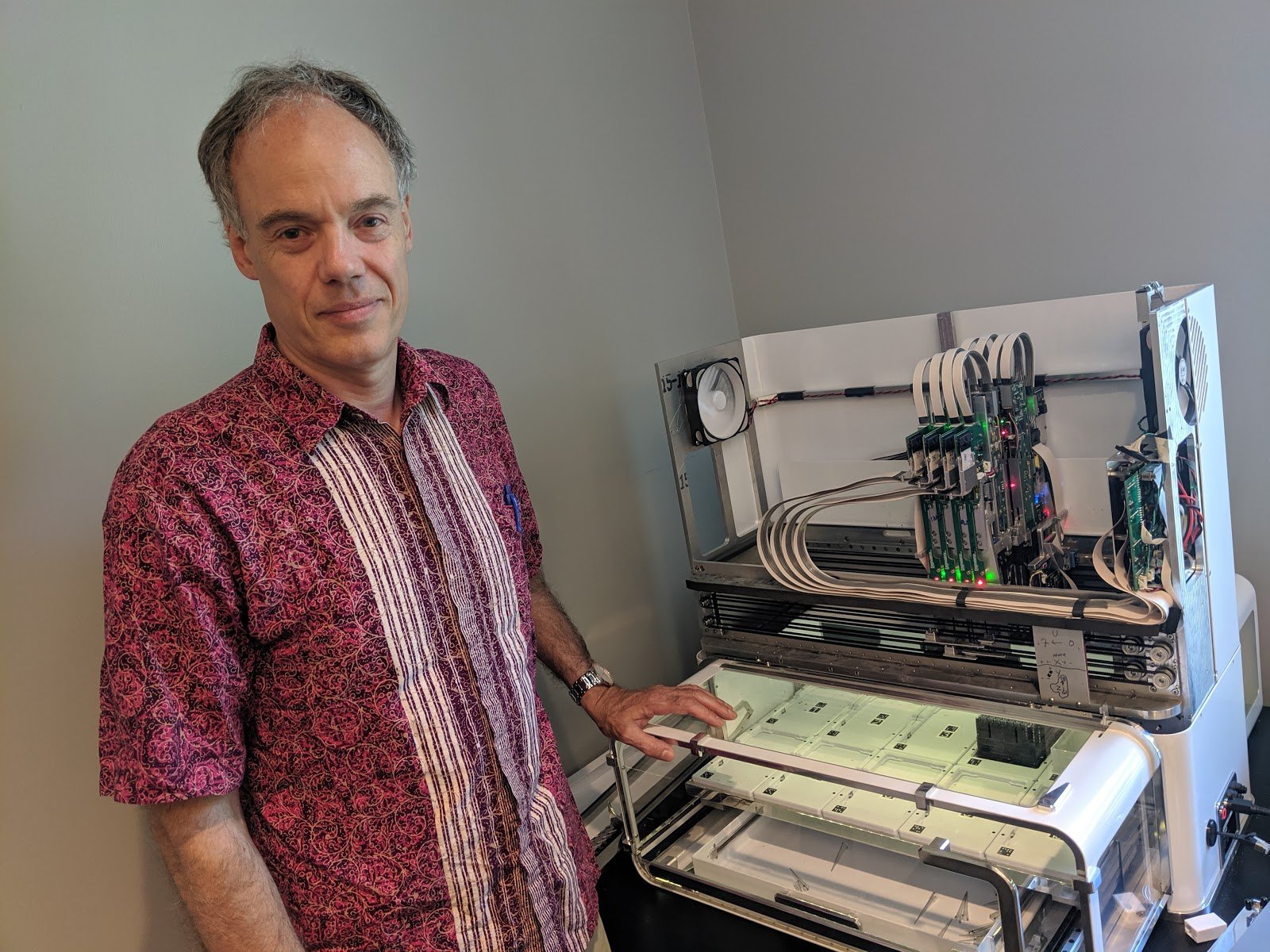 Heinrich Köchling, Director of Worldwide Engineering for Formulatrix, shows some of the interior components of a next-generation liquid-handling system that accelerates the R&D process for pharmaceutical companies and academic laboratories.

Protein crystallization has been used by scientists for more than 100 years. Formulatrix, which began as an imaging software company in 2002, has used robotics and automation to eliminate endless hours of monotonous, repetitive work – allowing researchers to focus more time on the most promising samples.

But the company’s imaging systems also allow R&D teams to stretch their budget.

“Usually the proteins being studied are quite precious,” says Köchling. “If it’s a human protein, you have to extract it from the body somehow. So it’s very expensive, let’s say around $5,000 for a gram. If I want to run a lot of tests to find the right crystallization cocktail, I need to use the smallest amount of protein possible. And I want my test tube to be as small as possible.”

“Twenty years ago, there were no tools for automating protein crystallization,” he adds. “I’m really proud of our engineers who are developing devices that end up in very famous laboratories. In biotechnology, sometimes a lot of the paths don’t work out. But the knowledge gained all adds up and hopefully will lead to other discoveries over time.”