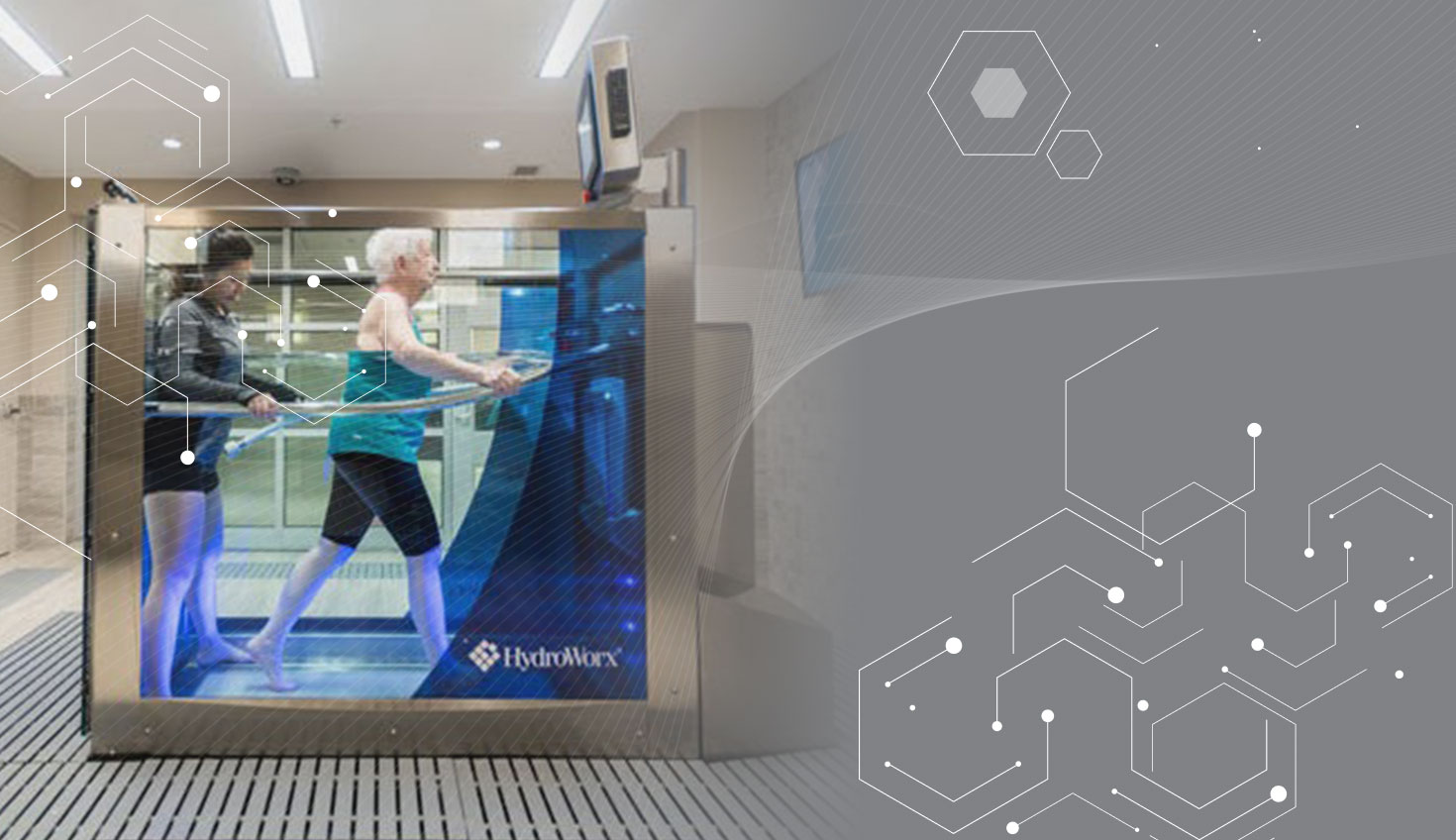 Why HydroWorx Switched From SOLIDWORKS to Onshape

With customers like the Dallas Cowboys, Miami Heat, Jacksonville Jaguars and Manchester United FC, it’s an understatement to say that HydroWorx underwater treadmills are built to take a beating. But Pennsylvania-based HydroWorx International’s aquatic therapy solutions are also meant for non-athletes like you and me.

The company’s patented exercise technology helps provide relief for joint and muscle pain, osteoarthritis and other chronic pain conditions. You can find HydroWorx treadmills in healthcare facilities, senior living centers and rehab/fitness gyms. One of the most attractive benefits is that people can bear as little as 20% of their body weight while exercising chest-deep in water.

Director of Engineering Jeremy LaCombe says he typically manages 3 or 4 outside engineering firms when developing a new underwater treadmill. When his company was previously using SOLIDWORKS, he used a Product Data Management (PDM) system to help his team keep track of the latest version of each design and prevent colleagues from overwriting each other’s work.

Ultimately, however, he found that the PDM system significantly slowed down the design process.

“We had the typical issues where an engineer works on something and no one else can see it until he checks it in – and then others find out they were working on a design that was four versions old and it won’t work anymore,” LaCombe recalls. “Or we’d have a guy leave for vacation for a week with half the server checked out and there’s no way to continue the work until he gets back.”

“In the middle of one project, we had an engineer’s hard drive crash while he had a bunch of files checked out. We got him a new laptop up and running, but we couldn’t get those files opened up because the hard drive ID was different and PDM is linked to your hard drive,” he adds. “We spent two weeks with the tech department at SOLIDWORKS just so we could start over again.”

Using Onshape’s real-time data management, HydroWorx can now have multiple engineers simultaneously work on the same assembly. Whenever someone makes a design change, everyone else on the team instantly sees it. And every engineer is automatically always working on the latest version of a design. No PDM is required.

HydroWorx International, which provides underwater treadmills for professional sports teams such as the Dallas Cowboys and Miami Heat, uses Onshape as its primary CAD system.

LaCombe says he also values Onshape’s comprehensive Edit History that allows CAD users to revert to any prior stage of the design, the equivalent of having “unlimited undo.”

“If an engineer goes down the wrong road, we can quickly go back to where we were earlier and not waste time getting back on track,” he says. “Doing this with our old CAD and PDM systems would have involved a lot of redesign work. Onshape saves us a lot of time.”

(To learn how other leading medical device companies are streamlining their processes with Onshape, see our latest eBook, “Modern CAD for Medical Device Design.”)