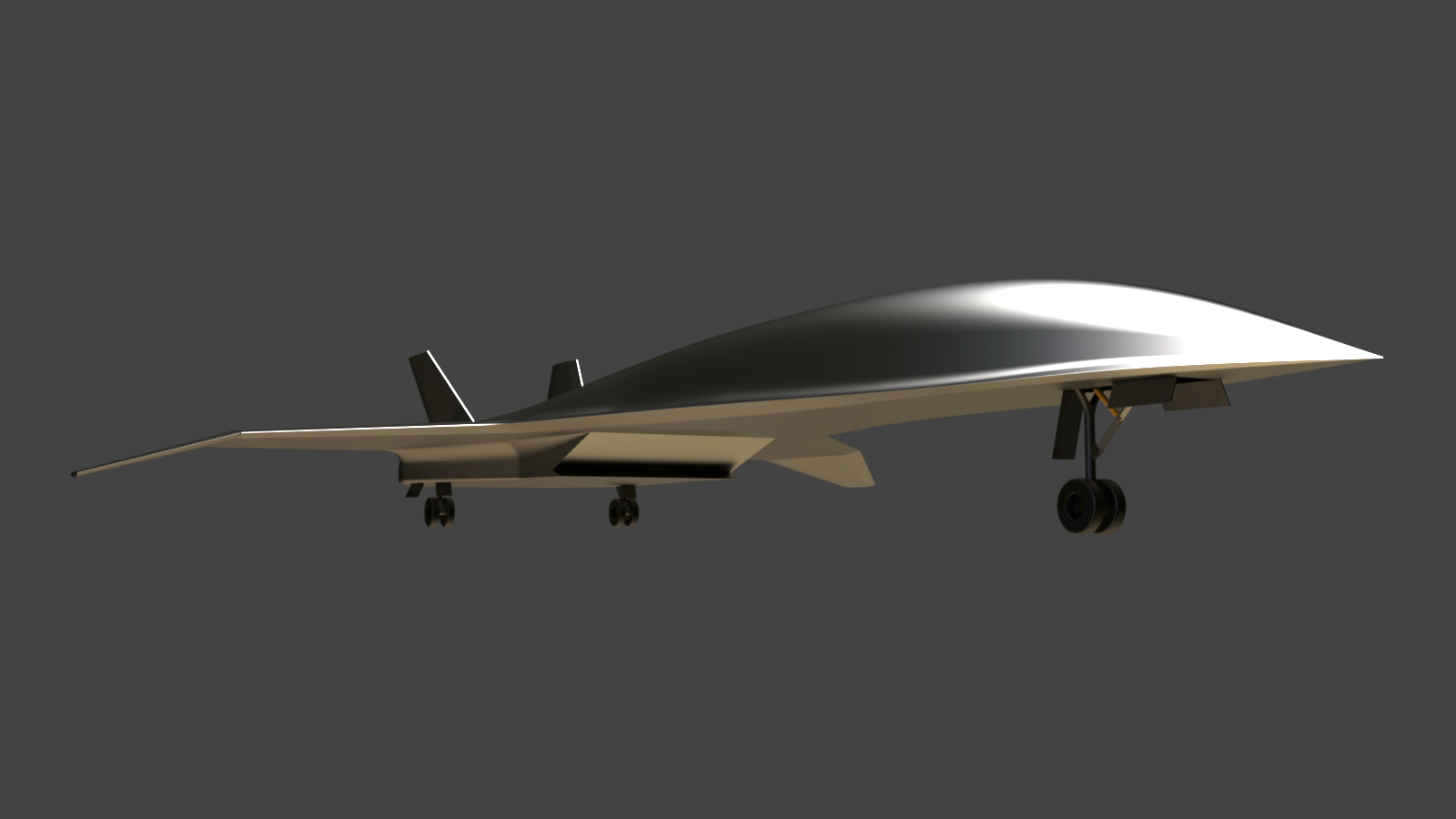 The Hermeus aircraft will have a range of 4,600 miles at a cruising speed of 3,300 miles per hour, reducing the flight time from New York to London from 7.25 hours to 90 minutes. The company’s founders are all alumni of SpaceX, Blue Origin, and Generation Orbit, where they led the development of the X-60A, a hypersonic rocket-plane and the Air Force’s newest X-Plane.

Hypersonic speed is defined as traveling at or above Mach 5, which is 5 times the speed of sound. The Concorde, the supersonic French-British commercial airliner that operated from 1976 to 2003, flew at Mach 2, or twice the speed of sound. “Supersonic” is used to describe any speed higher than Mach 1.

“Our company is named after Hermes, the Greek god of travel,” says Hermeus co-founder and CTO Glenn Case. “We added the ‘us’ because we’re aiming to bring the world closer together. This is a long-term vision – and we have many milestones to hit along the way – but we believe this technology will forever change the way we travel.”

“The idea of making a U.S.-to-Europe flight a short commute versus an all-day commitment staggers the imagination,” adds Onshape co-founder and CEO Jon Hirschtick. “We look forward to helping Hermeus bring their ambitious vision to fruition and spending even more face-to-face time with our international customers.”

Case, who has used multiple CAD and file-based data management systems in his aerospace career, says he wanted to start from scratch with Onshape’s cloud product development platform because of its real-time data management.

“Onshape’s built-in versioning just makes things easier,” he says. “You’re always up to date. You can come in to work in the morning and not wonder who updated what. Having the ability to see our colleagues’ design updates immediately show up on other CAD users’ machines is incredible.”

“One of the features I absolutely love is the Part Studio, where you can design multiple parts in one place and if you update one part, the other parts update right there,” Case adds. “It has completely changed the way I think about assemblies and the way highly coupled parts are designed.”

“When you're strategizing as a startup you have to think 10 years out,” he says. “Following that philosophy, we want to learn to build our company know-how with tools that are valuable now and will also be useful a decade from now.”

“And so if you're thinking about how should CAD be run, it's like, ‘We don't want to have these disparate models in different places. We all should be working on the same part together. It just makes sense,’” Shuford says. “Philosophically, we agree with Onshape’s approach to design and have found it to be the most forward-looking platform.”

Based in Atlanta, Hermeus is an aerospace startup developing a Mach 5 aircraft with the goal of massively reduced flight times and increased safety for long haul, business-class air travel. The hypersonic jet will be capable of a range of 4,600 miles at a cruising speed of 3,300 miles per hour. The aircraft's design will enable it to operate with minimal changes to current aviation infrastructure.

The Hermeus founders consist of alumni from SpaceX, Blue Origin and Generation Orbit, where they led the development of the X-60A, a hypersonic rocket-plane and the Air Force’s newest X-Plane. For more information, visit https://www.hermeus.com.

Founded in 2012, Onshape was acquired by PTC in November 2019 and will operate as a SaaS business unit within the company. For more information, visit onshape.com/press-room.

PTC, Onshape, the Onshape logo, and the PTC logo are trademarks or registered trademarks of PTC Inc. and/or its subsidiaries in the United States and other countries.