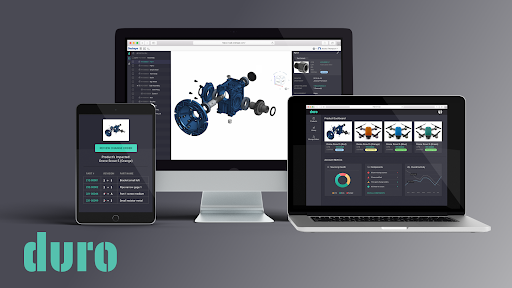 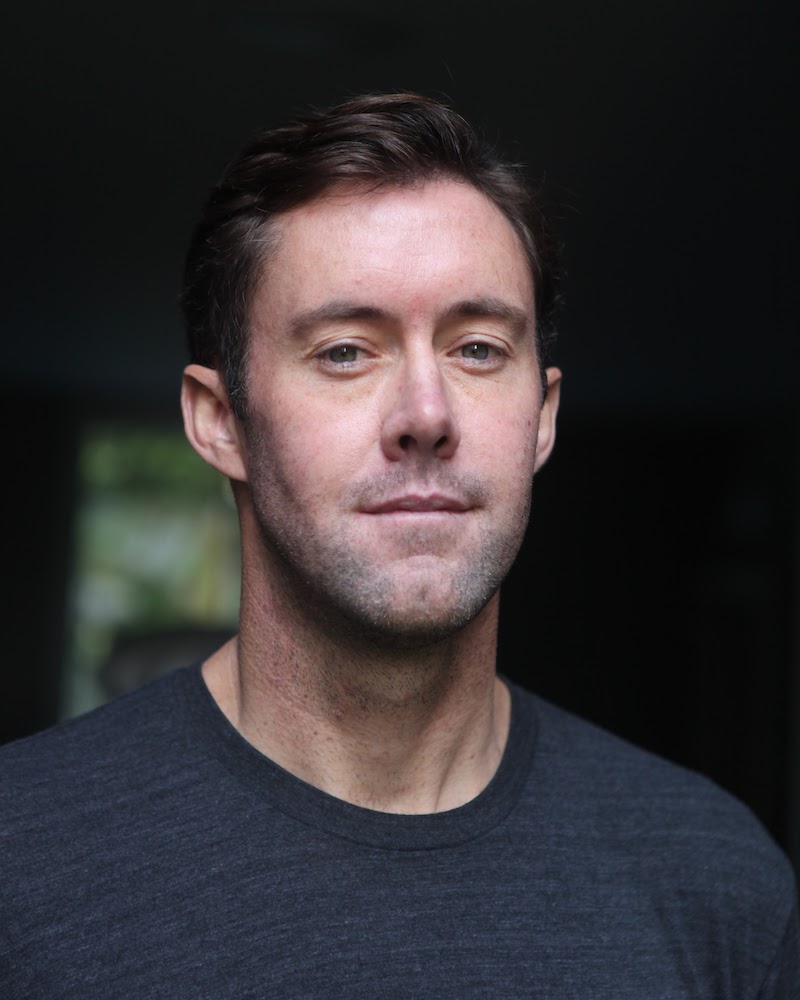 Duro PLM is an integrated cloud application now available in the Onshape App Store. When Onshape is paired with Duro PLM, companies can truly leverage the power of the cloud to manage their hardware product data across distributed teams, reducing overhead and accelerating engineering output.

The Duro PLM app extends the value of Onshape by providing a simple means to set up a PLM-based Part Numbering System, manage configurations and allow design releases to be centralized in a system accessible to all. With Duro, Onshape users can now implement a PLM system in just a few simple steps, whether migrating from spreadsheets or an existing PLM platform. With both Duro and Onshape, building a centralized system of record that spans across design, supply chain management and manufacturing, couldn’t be any easier.

Built directly into the existing Onshape Release Management workflow, Duro allows teams to publish approved releases, drawings, and production files to customers’ Duro account libraries. Duro serves as your company’s single source of truth, effectively the collaboration hub from which all product data is referenced. In doing so, Duro brings multi-disciplined teams together, across the different phases of the product lifecycle. 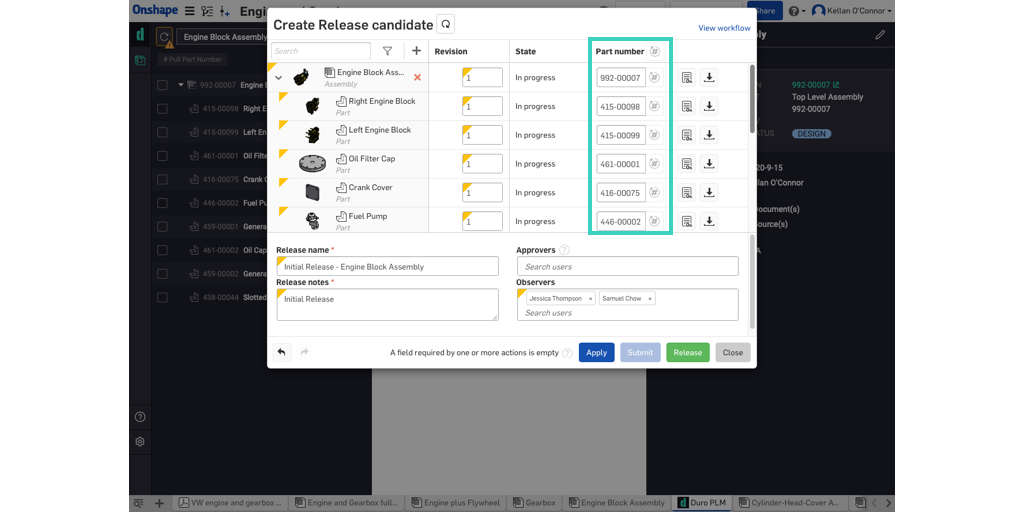 Onshape users can pull assembly and part configurations directly into Duro with each release, making the communication of both configurations and alternate parts simple and streamlined. In centralizing their configurations into Duro, companies can more confidently develop a detailed knowledge of all product elements, avoid unnecessary duplication and reduce costs. 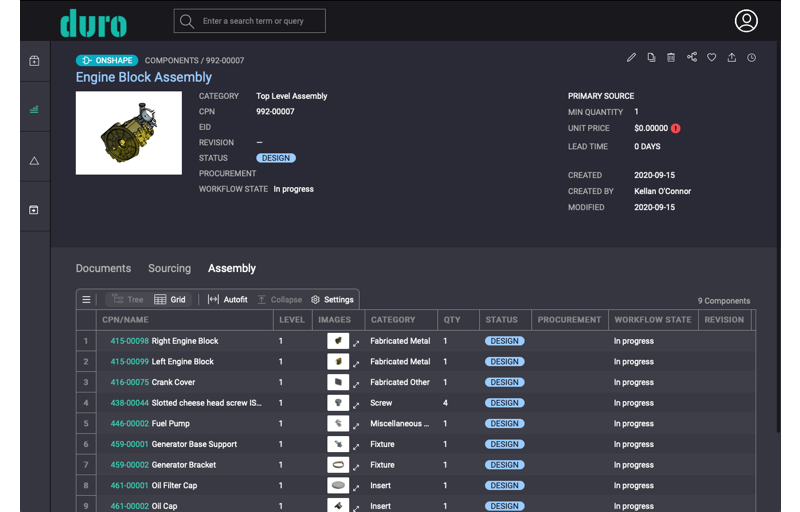 The G2 tech marketplace rates Duro as one the easiest PLM applications to use (ranked #2 for Usability) and simplest to onboard (ranked #1 on the Implementation Index). With Duro’s best-in-class usability and streamlined onboarding, Onshape users can realize the immediate benefits of integrating with Duro’s cloud-based PLM application (PLM-based Part Numbering, Release Publishing and Configuration Management). Subsequently, Onshape users will also experience the longer-term benefits of Duro’s improved data visibility, engineering efficiency and supply chain connectivity.

The centralized nature of Duro’s PLM platform allows teams to operate efficiently with the confidence that all efforts are tracked, managed and shared with the entire company in one place – all quickly referenced at any point throughout the design and manufacturing processes. By alleviating the concern over where to go to get information and how to be sure it’s the latest version, Duro enables hardware companies to increase transparency, reduce risk and cut costs from the start.

With Duro, engineers never have to leave Onshape in order to communicate BOM and component information directly from Onshape to other non-engineering team members. No longer will your engineers be slowed down by processes or waste valuable time doing tedious administrative work. Duro takes care of the heavy lifting, freeing engineers to stay in Onshape, doing what they do best – designing products.

Duro’s power extends beyond PLM and into important downstream processes, critical to any hardware manufacturing company. Duro makes it easy to collaborate with third-party contract manufacturers, vendors and suppliers, and also connects teams directly to many of the most popular commercial off-the-shelf parts distributors (e.g. DigiKey, Arrow, and many more). Through these integrations, Duro helps teams identify any risks due to part lead-time changes, part obsolescence (EOL) or price changes that will impact your production schedule and costs.

Developing a hardware product involves several different processes that grow in complexity as your team expands and becomes more distributed. Onshape users now have a better way to address this complexity beyond the design phase through Duro’s powerful, yet easy-to-use PLM platform. To learn more about how Duro PLM extends the power of Onshape, schedule time with a Duro specialist for a product demo.