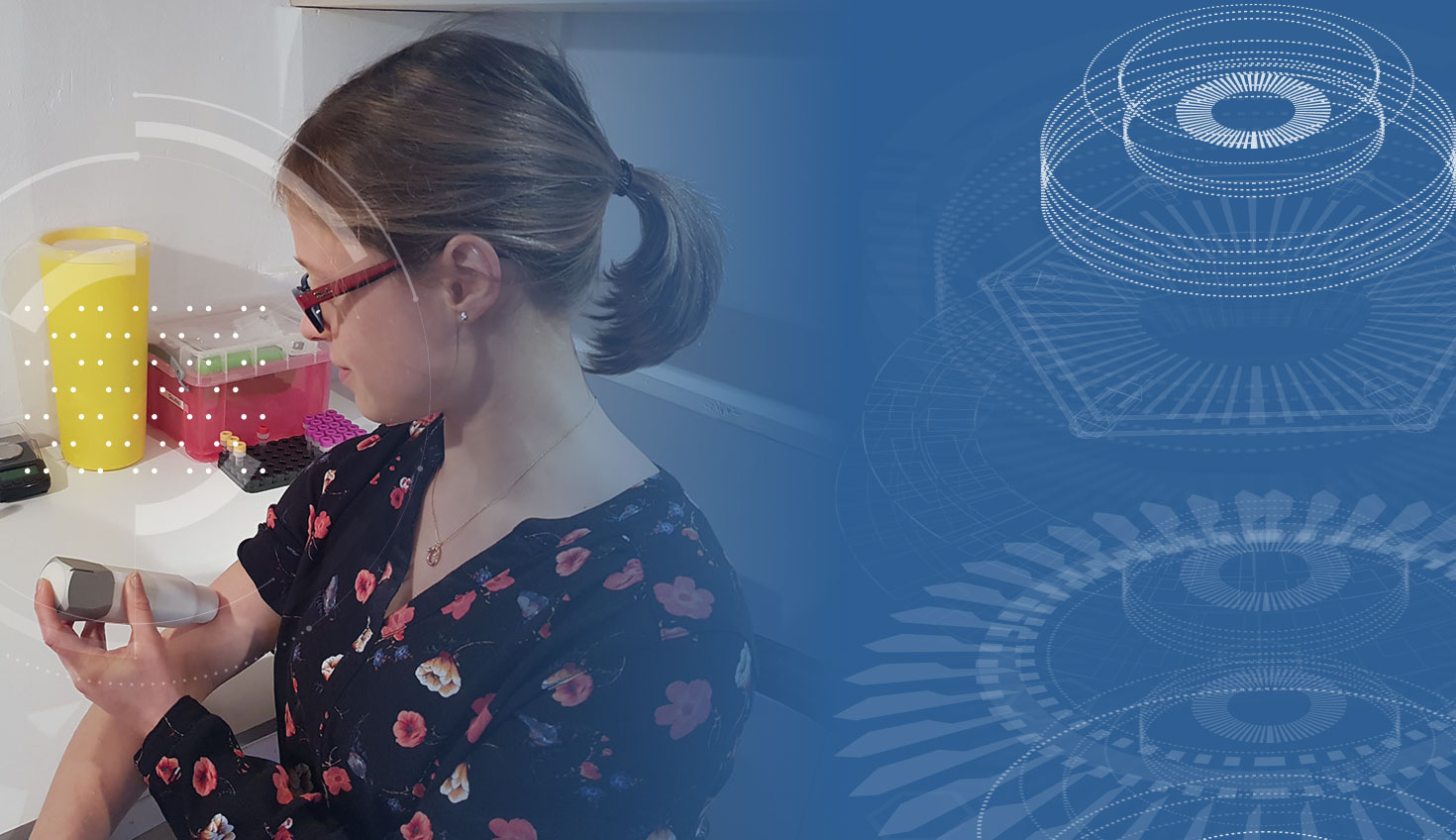 Do you have needle phobia?

If so, you may soon have an option for painless, needle-free blood collection for diagnostic tests at the hospital, lab, doctor’s office or even at home. Switzerland-based Loop Medical is developing a new minimally invasive device to extract blood from capillaries just below the skin versus conventional methods that collect blood from the vein. Funded by the Bill and Melinda Gates Foundation, the breakthrough technology is aimed at simplifying blood diagnostic testing at health care facilities everywhere in the world – with a special focus on developing nations where medical resources and standards are subpar.

Loop Medical is also focusing on reducing the spread of infectious diseases through used contaminated needles.

“Right now, when you need to do a blood test, you really need to go to a blood collection center and have a phlebotomist, doctor or nurse take blood from your vein. But in places like parts of Africa, it can be far more complicated because there aren’t enough trained professionals to go around,” says Arthur Queval, founder and CEO of Loop Medical. “Our device makes a superficial incision and eliminates the risk of needle-stick injuries. It can be used by the patient or by someone with very little training.”

“Furthermore, you can completely integrate this blood collection sample with a standard lab, like LabCorp or Quest Diagnostics,” he adds. “So it fits in perfectly with existing workflows with the same standards and processes.”

Loop Medical is now testing its prototype device and expects to go into clinical trials in 2020. The company is keeping many details of its design and proprietary technology under wraps for now. 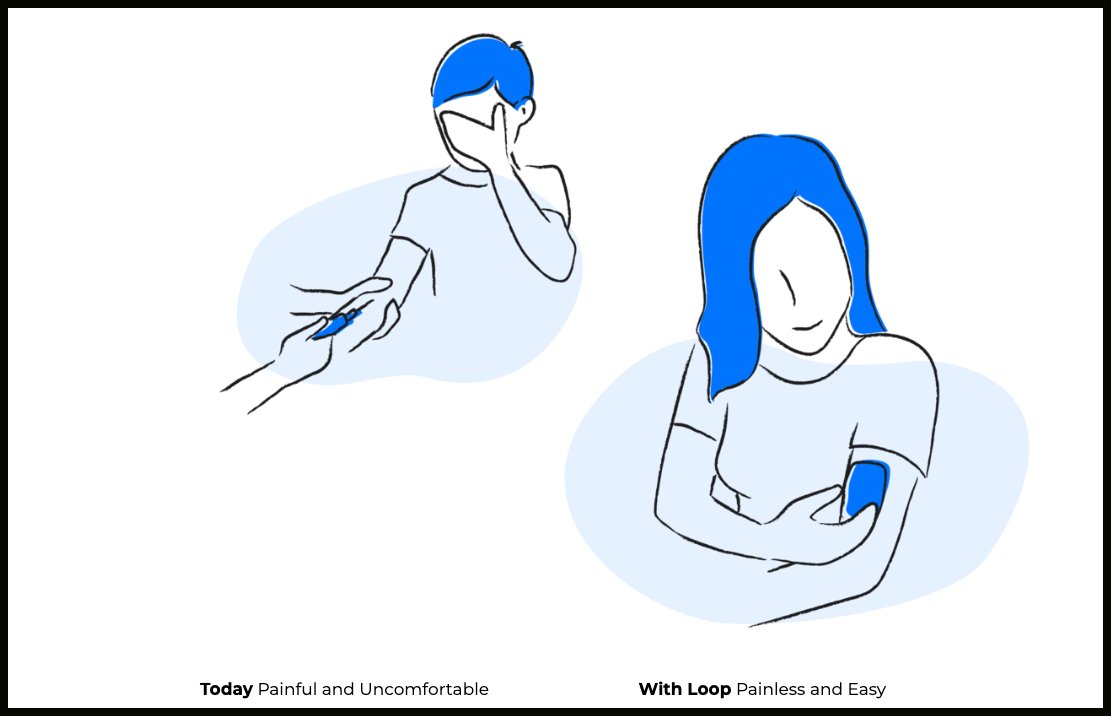 Loop Medical’s blood-collection device makes a small incision into the capillaries rather than the vein. (Source: Loop-Medical.com)

Asked what “painless” means, since it is an extremely subjective term, Queval described what the blood extraction felt like to him when his team tested the prototype on themselves.

“When my colleague and I first placed the devices on our arms and activated it, we thought, ‘Oh, it didn’t work for some reason,’” recalls Queval. “But when we removed the device after a couple of minutes, we saw there was a blood sample inside. We actually were not aware that it had already started. So it is truly painless.”

Speedier Collaboration Between Teams in Switzerland, Germany and France 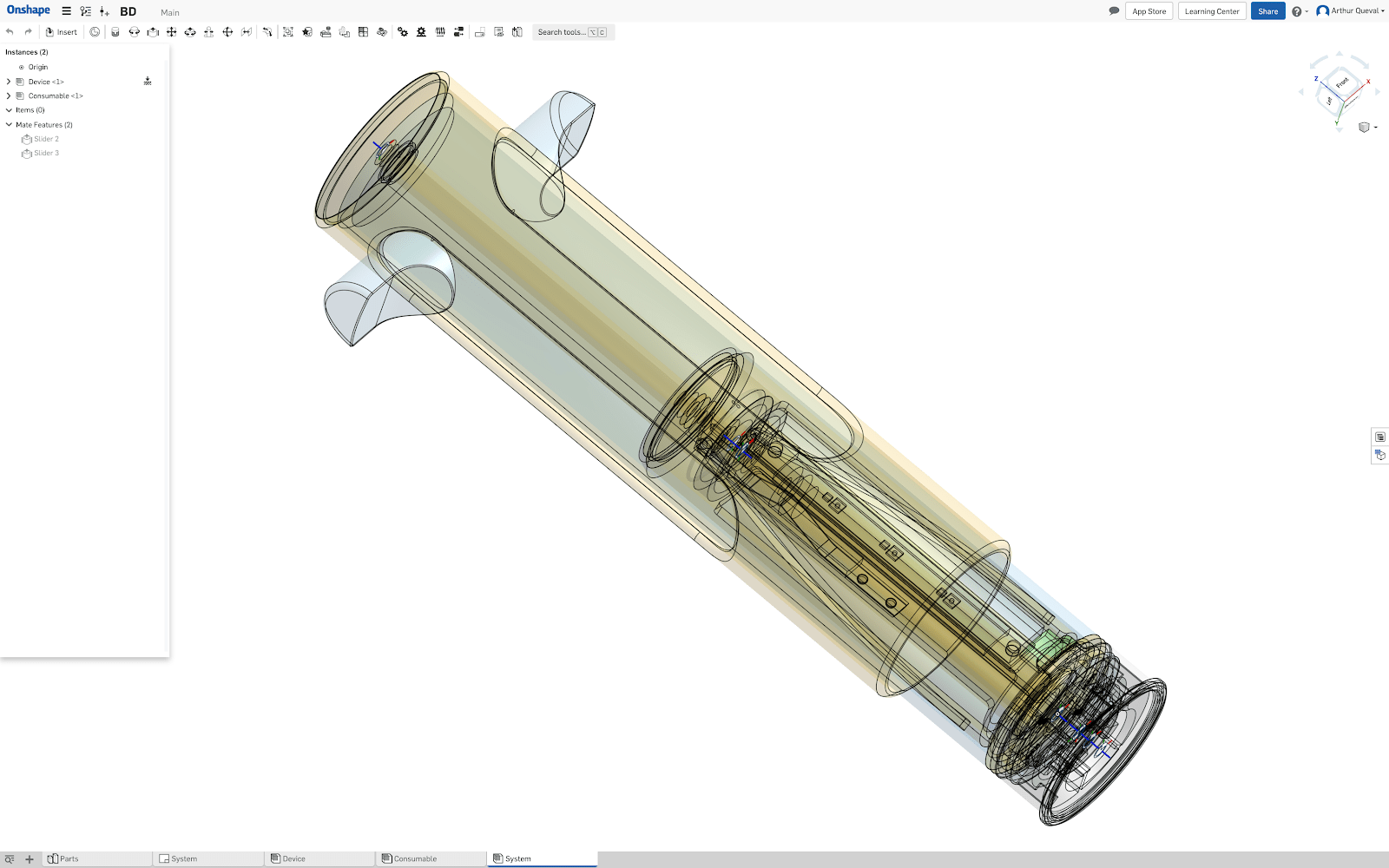 When Queval launched his medical device startup in 2016, he initially was searching for a CAD platform that ran on a Mac. With his previous file-based CAD system, he needed to first install Windows on his Mac using Parallels Desktop software, which required him to purchase much more computing power per machine.

Although designing more smoothly on a Mac and cutting hardware expenses was an initial motivation to try Onshape, he says a much bigger benefit that quickly emerged was speeding up collaboration between his teams in Switzerland, Germany and France.

“Sharing design files used to be very frustrating because partners would always be working on a different version of the CAD system and we couldn’t open up each other’s work without having long email conversations or using Google Drive. Communication was very inefficient,” Queval says.

“Onshape’s workflow is really smooth and it’s much easier to share our work and move on to the next task,” he adds. “As the CEO, I can always see the status of a design and comment or address problems in real time.”

Onshape’s Sharing feature allows users to securely and instantly collaborate with a colleague, vendor, customer or partner by granting them editing, commenting or view-only access rights to a CAD model. Equally valuable is the ability to instantly withdraw outside access to your designs when a project is over, reducing the risk of unintentionally leaking your intellectual property.

“Onshape Helps Our Team Reclaim 30 Percent of its Time”

Queval says another huge business benefit is that Onshape requires no installs, downloads, licenses or other time-sucking IT tasks.

“Just before we switched to Onshape, our system crashed and we had to install and reinstall our CAD software multiple times. We lost maybe three days trying to install the new updated version,” he says. “I like that Onshape delivers its new updates in the cloud and that everything just works.”

With each update, users experience zero downtime. Onshape’s safe and continuous deployment automatically tests every CAD model against the new software version, so there are no unexpected broken designs.

“Before Onshape, IT issues would take up 30 percent of our engineering team’s time or we’d need to dedicate one IT person for the R&D team,” recalls Queval. “We don’t need to do that now. So we’re saving on overhead, while also being much more efficient.”