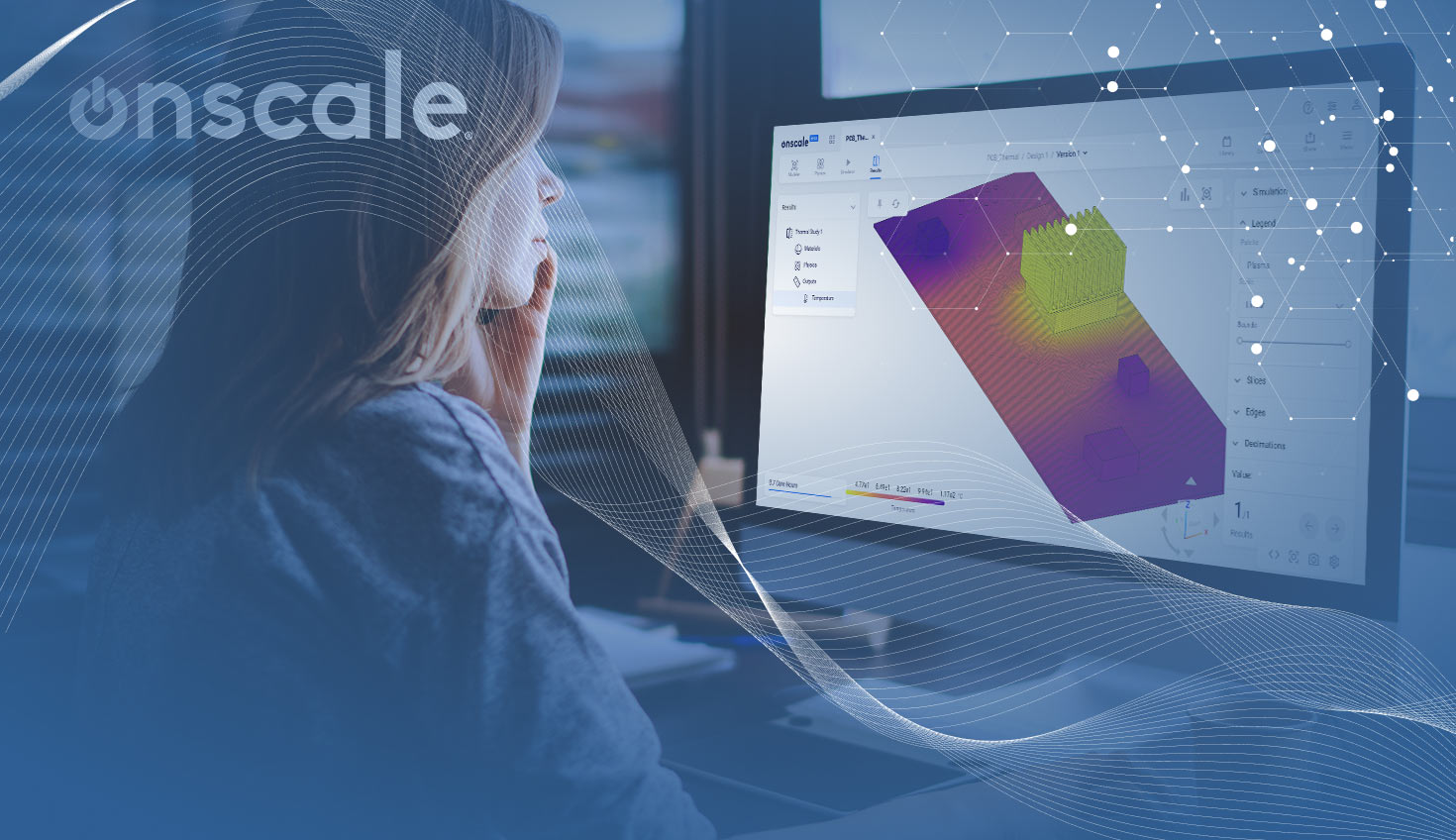 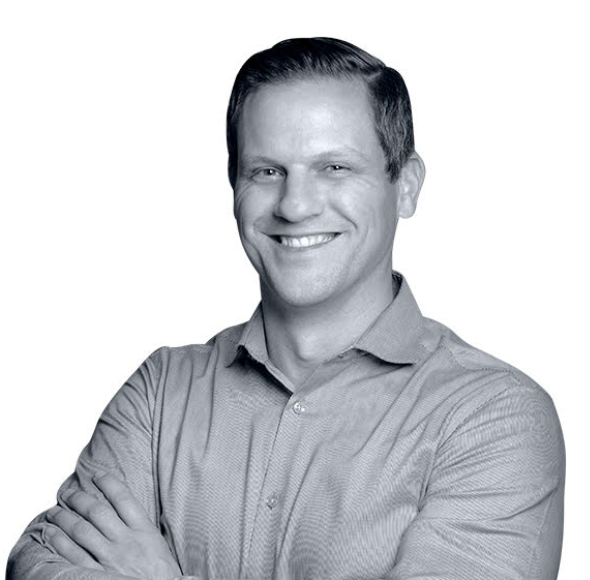 Today, we engineers stand at the dawn of a new revolution in engineering – the Cloud Engineering Revolution. As engineers move engineering CAD and simulation tools from desktops to cloud supercomputers, they will reduce their reliance on costly, time-consuming, and risky physical prototyping thanks to true digital prototyping.

The Evolution of Engineering Tools 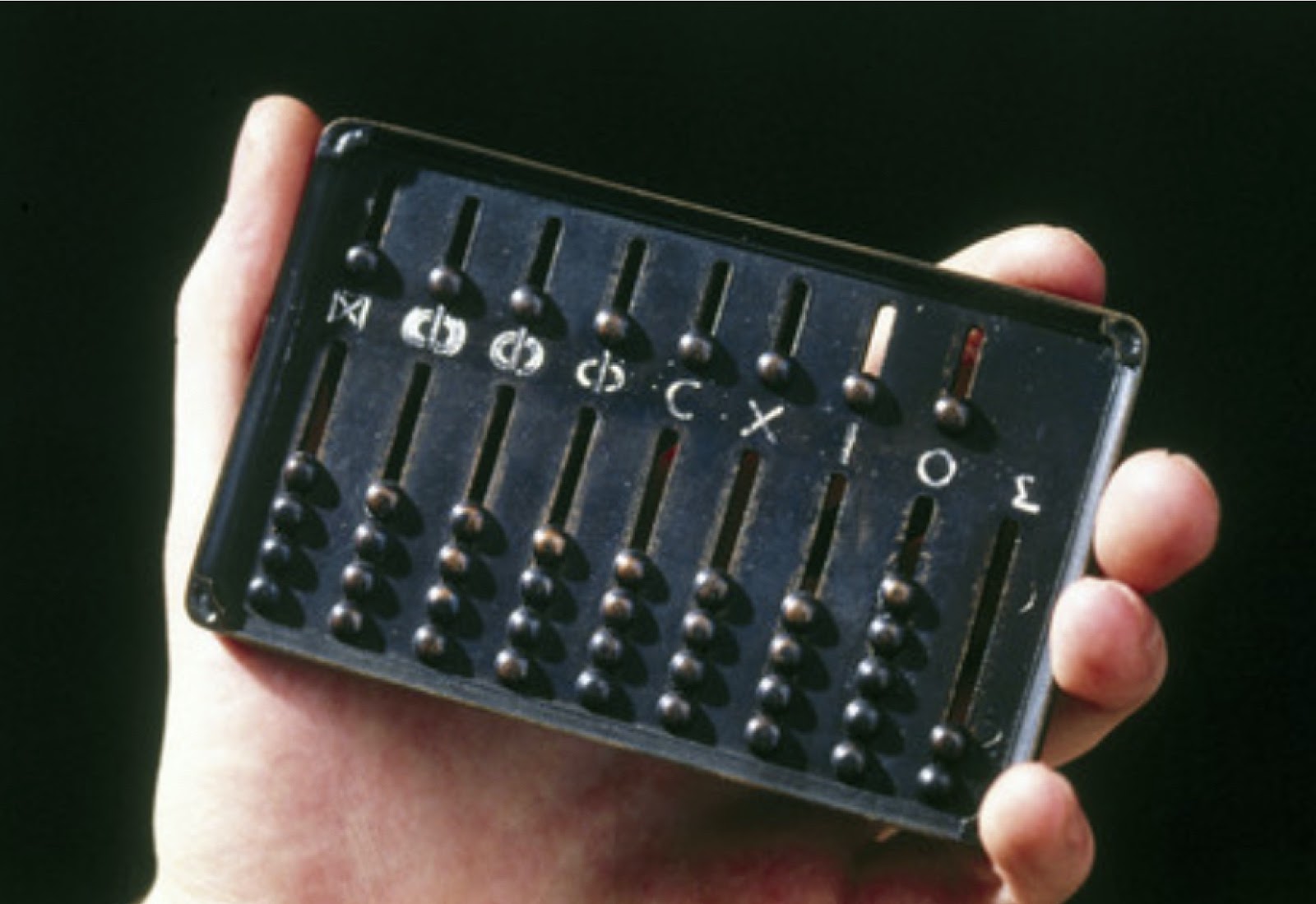 Engineers have always been limited by their tools. Roman engineers worked wonders with abaci (yes, even “pocket abaci”), building roads, viaducts, and aqueducts across continents and laying the foundations of modern civilization that continue to the modern era.

Just 60 years ago, the original “computers” – human mathematicians like Katherine Johnson (watch the movie “Hidden Figures” for her inspiring story) – solved massive sets of partial differential equations on actual “spreadsheets” laid out on the floors of NASA labs. They calculated critical orbital trajectories to make sure the Apollo astronauts hit their targets. The next time you complain about solving linear algebra problems in class by hand, remember that hand calculations, pencil, and paper were good enough to put a man on the moon. In the 1970s, engineers got their first “pocket calculators,” a paradigm shift in engineering productivity. In the early 1980s, the first desktop PCs emerged, and the engineering software that followed (2D and then 3D CAD and CAE) represented another paradigm shift. This new technology was used to push the boundaries of innovation and launch the second space race in the 2000s.

R&D Based on Physical Prototyping is No Longer Sustainable

Today, engineers are constrained by desktop on-premise CAD and CAE tools – local PC hardware and expensive software licenses limited to four or (if you’re lucky) 16 cores and perhaps 16 GB of RAM. If you’re a REALLY lucky engineer, you might get some occasional time on a small HPC with 64 or 128 cores and a TB of RAM in grad school or on your company’s private network.

In any case, engineers are presently limited to the types of physics problems they can simulate, the number of simulations they can execute in a reasonable amount of time, and the degrees of freedom of their simulations.

As a result, simulation is currently a “nice to have” in many R&D organizations. Simulation is used primarily to validate experimental results from physical prototyping and to make nice, colorful charts to show management. “Real engineers” (we are told) prototype. They design, build, test, break, analyze and redesign physical prototypes until they converge on a viable design that meets engineering targets (cost, performance, durability, robustness, etc.) However, this old way of learning by physical prototyping is no longer sustainable in many industries.

Cloud Simulation and Digital Prototyping: The Future of Engineering

Now, we engineers stand at the dawn of another paradigm shift, one that will dwarf the preceding shifts. We are entering the age of Cloud Engineering Simulation, the combination of advanced multiphysics solvers with “infinite” cloud computing resources, accessed through easy-to-use, integrated CAD/CAE workflows from a web browser. This new simulation power enables true digital prototyping using massively scalable, parallel 3D multiphysics simulations running on practically limitless compute resources. 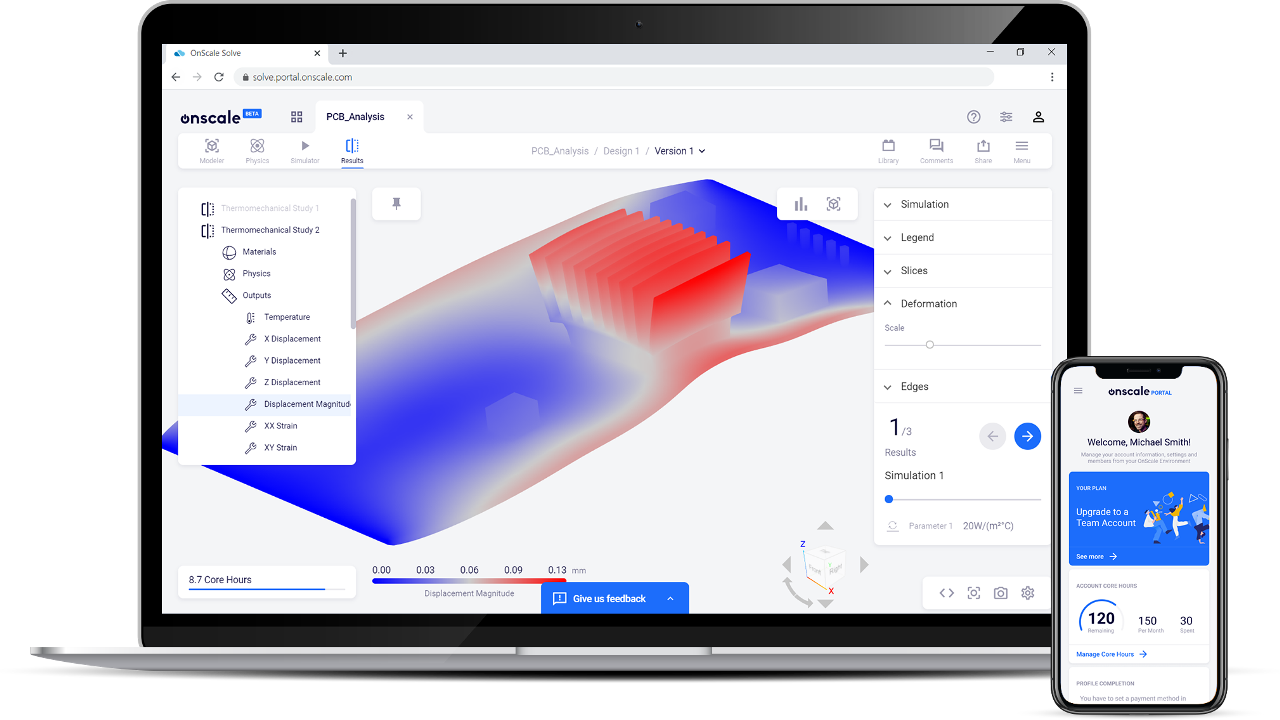 Cloud engineering simulation and digital prototyping allow engineers to quickly find optimal designs, understand the sensitivity of design performance for manufacturing processes and tolerances, stress-test designs over environmental conditions (e.g. thermal, shock, fatigue, etc.), and accurately predict ultimate manufacturing cost, yield, and viability of novel designs. All of this is delivered before a single physical prototype is made.

Ultimately, this new approach to R&D offsets the majority of risk, cost, and time of legacy physical prototyping R&D – saving a great deal of R&D budget that is wasted globally each year.

Digital Prototyping For All 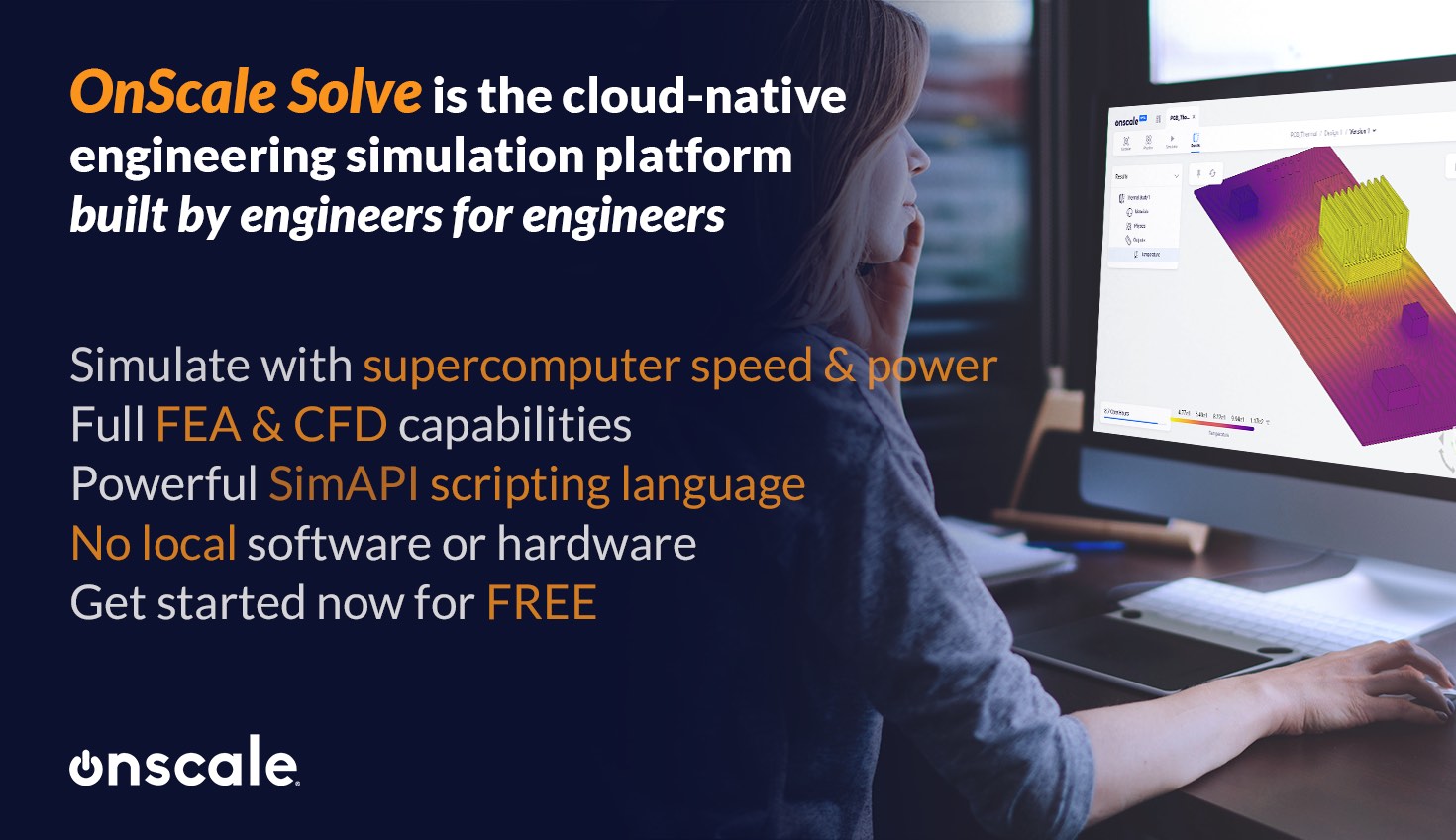 OnScale Solve is the cloud-native engineering simulation platform built by engineers for engineers.

OnScale is very excited to announce our new partnership with PTC’s Onshape cloud CAD and data management platform. By integrating cloud CAD with cloud simulation, we will further enable engineers to push the boundaries of innovation and bring us the world-changing technologies we have been waiting for.

We built OnScale to overcome limitations imposed by legacy desktop simulation tools. We focused on the things engineers need most to overcome next-generation product design challenges and compress development time:

We invite you to come and try out our new approach. We promise you won’t want to go back to using a desktop CAD/CAE tool. That would be like giving an engineer an abacus.

(Try OnScale Solve today. Run your simulations with your free private account loaded with 500 core-hours/year of simulation power. Create your account at www.OnScale.com/start and let us know what you like, dislike, and want to see next!)

**
Ian Campbell is the founder and CEO of OnScale, a Cloud Engineering Simulation platform backed by Intel Capital and Google's Gradient Ventures.
**