Based in France, Withings is the manufacturer of hybrid smartwatches, smart scales, blood pressure monitors, thermometers and sleep sensors that track fitness and health via a mobile app. Withings watches are sold in more than 40 countries. In 2019, the engineering team was seeking a Product Data Management (PDM) system to replace their inefficient manual process of tracking design changes. The product development team also needed a way to accelerate communication between its engineering teams based in Europe and Asia. 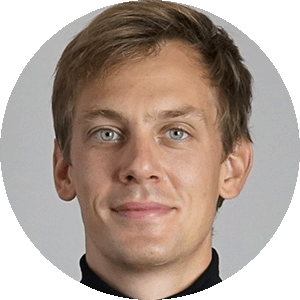 “It’s such a huge benefit that our engineers no longer have to waste time worrying about data management and can spend more of their time focusing on design."

Although its fitness-tracking wristwatches are at the forefront of mobile and medical technologies, the Withings design team has defiantly sought to turn the clock backwards.

The overwhelming vibe of the smartwatch and fitness app product category today is glowing and digital. Tracking the hours and minutes with mechanical gears and hands is a quaint throwback to the late 20th century.

Based in Paris, France, Withings is the innovator behind the world’s first hybrid smartwatch, a wrist piece that looks like a traditional analog watch, but with added health sensors that relay real-time critical health information (ecg, heart rate, SpO2, activity tracking, sleep patterns) to their Health Mate mobile app.

“Our mission is to empower people to better take care of their own health and to help them achieve their personal objectives while collecting medical-grade data,” says Benoit Tucoulat, Withings Head of Mechanics and Applied Science.

“We have three kinds of customers,” he adds. “We have the tech lovers and diehard fitness enthusiasts who want to collect as much personal health data as they can. Then you have people working toward a health goal, such as losing weight or doing more exercise. Lastly, and most important, we help patients with chronic conditions closely monitor their health with their doctor’s supervision. We motivate them to take little steps to make sure their condition doesn’t worsen.”

Although Withings hybrid smartwatches have a strong appeal for athletes, the products are aimed at anyone interested in improving their overall health.

Sold in more than 40 countries, Withings products also include smart scales, blood pressure monitors, thermometers and sleep sensors. The ScanWatch Horizon, billed as “The World’s Most Advanced Health-Tracking Watch,” is the first consumer device to track two important health metrics, an ECG for atrial fibrillation (an irregular rapid heartbeat), and SpO2 (oxygen saturation in the blood).

The medical-grade standards of the watch were lauded in a 2022 product review by CNET.com as a significant market differentiator:

“There’s a lot to like about the Withings ScanWatch Horizon,” the review states. “It looks like a classic dive watch with a stainless steel case and rotating bezel. It has plenty of health features like an electrocardiogram and blood oxygen tracking, both of which have gained clearance from the U.S. Food and Drug administration. Apple, Fitbit and Samsung can’t say the same.”

“We are still at the beginning of our journey,” he says. “We can see that the healthcare industry is changing really fast and that providing medical-grade measurements at home or from the wrist is key. We’re now working on monitoring even more medical-grade metrics in our devices. And we plan to also develop personalized programs for patients.”

The Withings product development team chose cloud-native Onshape for its primary design platform, seeking to resolve some of the version control issues they were experiencing with file-based CAD.

Withings designed its ScanWatch Horizon in Onshape, the only cloud-native product development platform that combines a robust CAD system with built-in PDM and real-time collaboration tools. The engineering team switched from their old file-based CAD system to Onshape in 2019 when it needed to replace its inefficient manual approach to version control.

“When we were versioning manually, we sometimes would lose data because of someone saving his design on top of someone else’s design,” she recalls. “With our previous CAD system, our team’s biggest challenge was making sure the part numbers of the versions we were sending to our suppliers were unique to avoid any mistakes.”

“The manual rules just weren’t working for us anymore and the process became really painful,” echoes Tucoulat. “Our company was growing and we were designing products with more and more variants. Our version control system wasn’t scalable.”

To ensure its 16 CAD users all are working on the latest version of a design, Withings now depends on Onshape’s real-time data management. Whenever one member of the engineering team makes a design change, everyone else on the team can instantly see it. A comprehensive edit history tracks who made what change and when, enabling the team to instantly revert back to any prior iteration if desired. 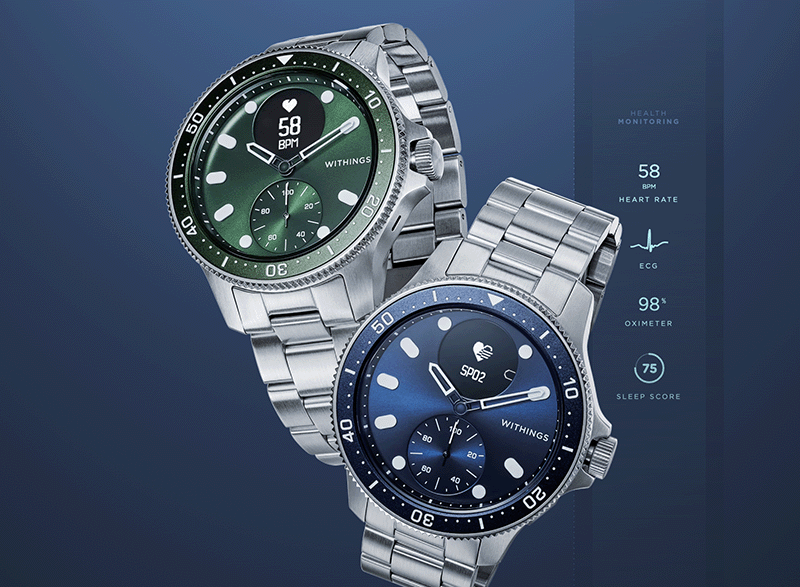 To design and manufacture its ScanWatch Horizon, Withings has product development teams in France, Hong Kong and China.

Before the COVID-19 pandemic severely curtailed business travel for nearly two years, Withings’ Paris-based engineers needed to physically travel to China 4 to 5 times a year. In China, design files stored on local servers sometimes could not be easily accessed. Anticipating this, the French team would need to download all the latest design files on their computers before leaving for China.

Using Onshape, the core engineering team in France can now instantly share the latest design changes with their colleagues, suppliers and manufacturing partners overseas – overcoming one of their most frustrating communication bottlenecks.There is no longer a need to send massive files back and forth by email or Dropbox. Everyone across the world always has the confidence they are working with the latest most accurate data.

Withings also credits two unique Onshape collaboration tools – Branching and Merging, and Multi-Part Part Studios – for helping to accelerate their design process. Multiple Withings engineers can now simultaneously branch off the main design and explore alternative designs independently, later coming back to merge the best ideas into a final design. Onshape’s modeling environment also allows engineers to design multiple related parts at the same time in the same space versus bouncing back and forth between individual part files. This process mimics the way the brain works for creating assemblies.

How Withings Saves $50K a Year in PDM Costs

According to Tucoulat, Onshape’s built-in PDM saved Withings $65K USD (€62K EUR) in its first year and $50K USD (€48K EUR) annually in subsequent years compared to file-based, add-on PDM systems they evaluated. Sticker prices aside, Tucoulat says he was frustrated by an extra $28K USD (€27K EUR) in hidden training and installation costs of file-based PDM as well as the length of the buying process itself.

“I spent more than two months talking with ‘old’ PDM providers. We organized several face-to-face meetings to understand how their software worked, what kind of licenses we needed, and how we could integrate their software,” he recalls. “I couldn’t test their software during these two months as they were unwilling to provide licenses for beta testing.”

“They explained that we would need to purchase servers to host our data and that it would take 4 to 6 months to set up and fully deploy their solution.”

“In contrast, when I went on the Onshape website and talked to their bot, I got a conference call with the Onshape sales team an hour later. The next day I was testing their solution without any need for a license. After two weeks of beta testing, our team was up and running with Onshape,” Tucoulat adds.

The time savings realized from adopting Onshape magnifies the PDM savings even further, asserts Navellou: “To make our products stand out in the market, the most important thing is for us to iterate every day. We design something, prototype it, test it, make modifications and then start the loop all over again. It’s such a huge benefit that our engineers no longer have to waste time worrying about data management and can spend more of their time focusing on design.”