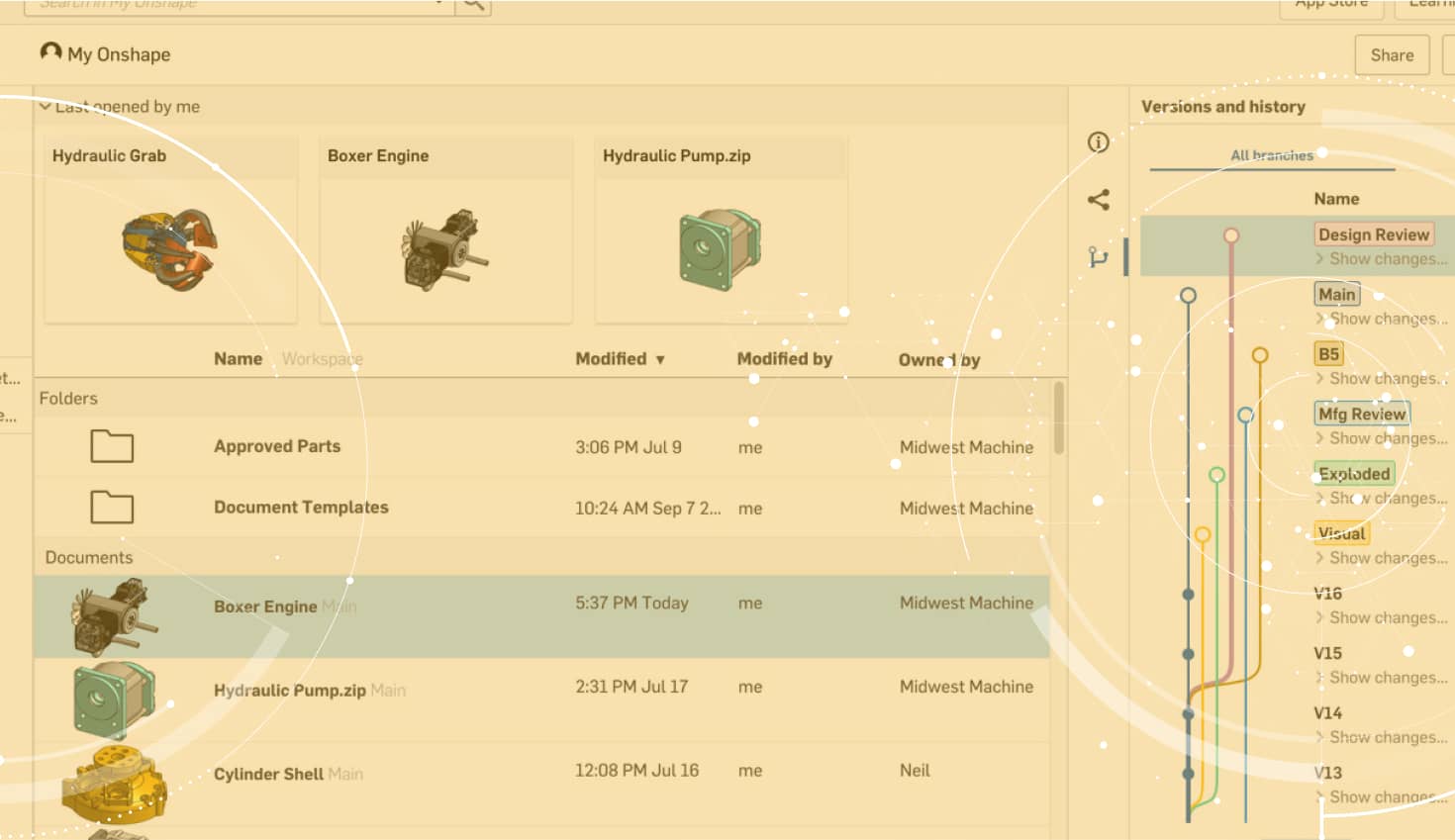 Tech Tip: How to Move Onshape Documents Without Moving References 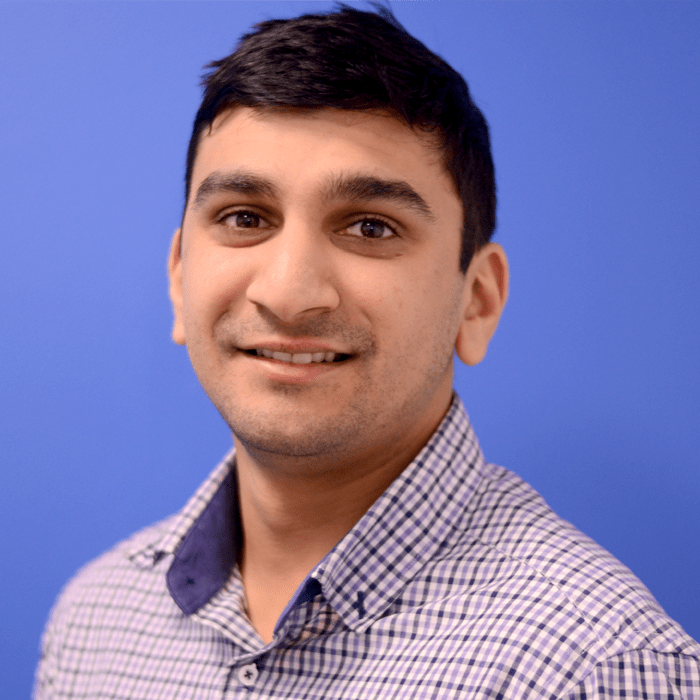 In a recent Tech Tip, we explored Moving Tabs Out of Documents, and the role that this powerful workflow has in effectively managing data in Onshape Documents. Today, I’d like to share a specific example to expand on this functionality when working with references. Let’s get started by taking a look at the basic setup.

Here I have an assembly in Onshape. All of the parts and subassemblies have been built in this single Document and are used in the assembly. 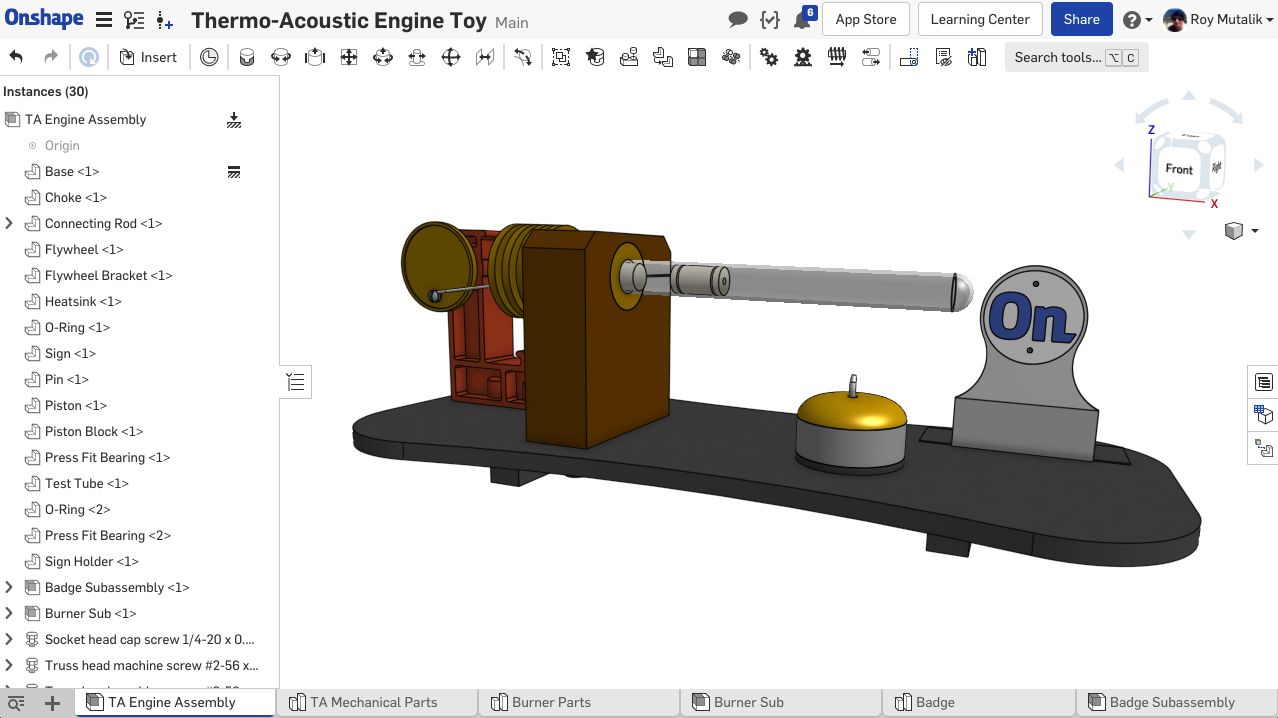 I now want to leverage the power of the “Move to Document” workflow to start to split this out across multiple Documents. I’d like to move the top-level assembly tab to a new Document.

When moving a tab to a new Document, Onshape will automatically bring along any references as well. In this case, we notice an issue: It’s trying to move the five other reference tabs to the new Document as well. Unfortunately, this completely defeats the purpose of the move, because the new Document will contain all the references. 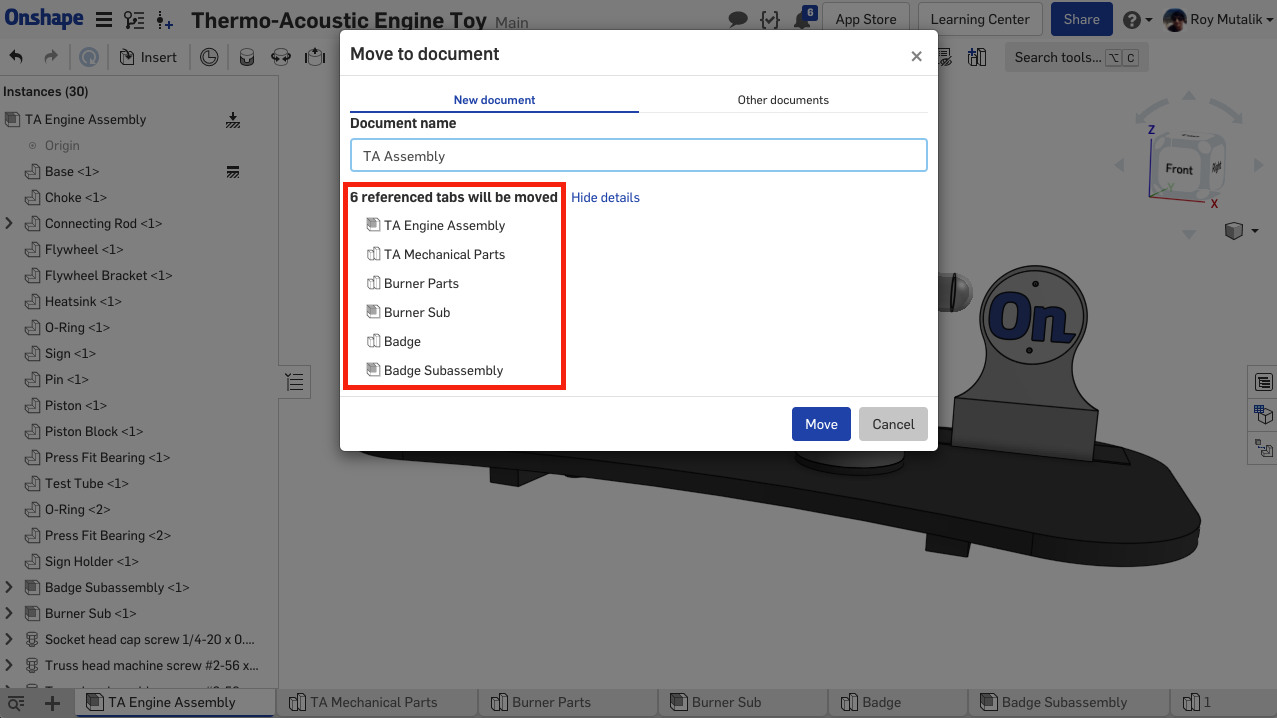 There are two ways to resolve this and effectively complete the move as desired.

The first method involves instead moving the Part Studios or subassemblies out of this Document. Moving a subassembly will only move the referenced Part Studios (likely the desired result) and Part Studios will not usually have any references and move completely on their own. 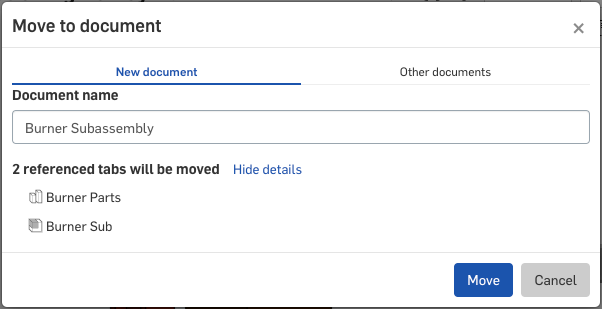 This process works because we are basically just reversing the way we look at the references. Rather than moving the top level that sees all the references, we are moving from a lower level in the hierarchy, and therefore see fewer references that need to be moved.

The downside of this method is that it can be time-consuming. If you have many tabs, you’ll have to move them one by one until you reach your end result of having just the top-level assembly alone in this Document.

The second method WILL allow you to move the top level independently. This approach relies on managing the references before we initiate the “Move to Document” operation. The trick is, if you link to VERSIONS of the references, Onshape will not require those tabs to be moved. Here are the steps:

1. If you haven’t already, version your Document.

right-click, and choose “Change to version.” Select the version you just created from the Reference manager dialog.

3. With all the references now linked to versions, you may now complete a “Move to Document” on the top-level assembly. Notice it no longer attempts to bring any of the referenced Part Studios or subassembly tabs. 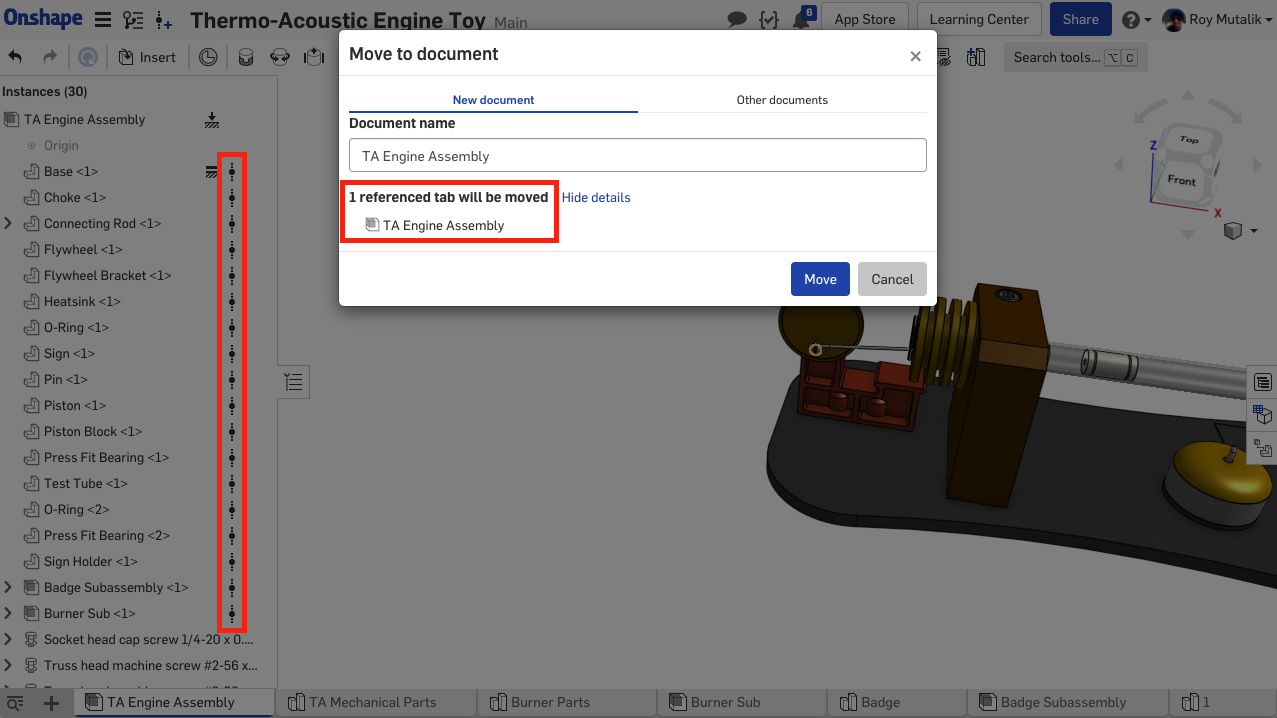 This technique works great with Onshape Drawings as well, because in a hierarchy of references, the drawing of the top-level assembly is the highest reference. It’s also important to remember drawings when using either process. Moving a subassembly will bring all referenced Part Studios, but will not automatically bring the subassembly drawing, or even the part drawings of the referenced Part Studios. So make sure you don’t forget to move these as well!