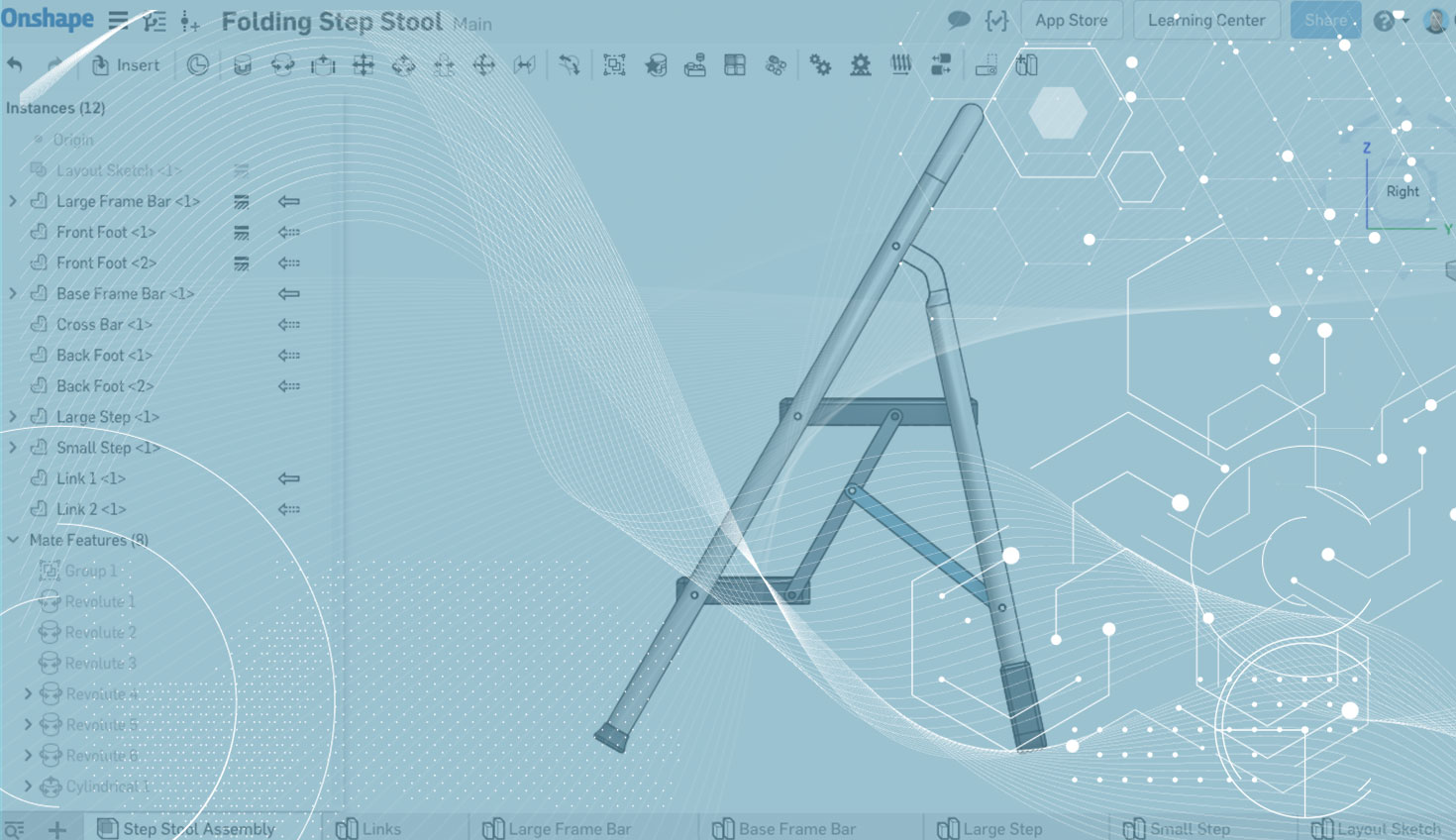 Take the folding step stool below as an example. It has two important positions that I often cycle between when designing in context.

I commonly go back and forth between these two positions. So rather than manually drag back and forth, it makes more sense to create two named positions. To do this, move the assembly into the position that you want to name, then click the Named Positions icon in the toolbar.

That’s it! Now you can switch back and forth between the open and closed positions easily, by selecting them in the Named Positions dropdown menu.

Interesting a taking a closer look? Check out this short video on creating Named Positions in Onshape.