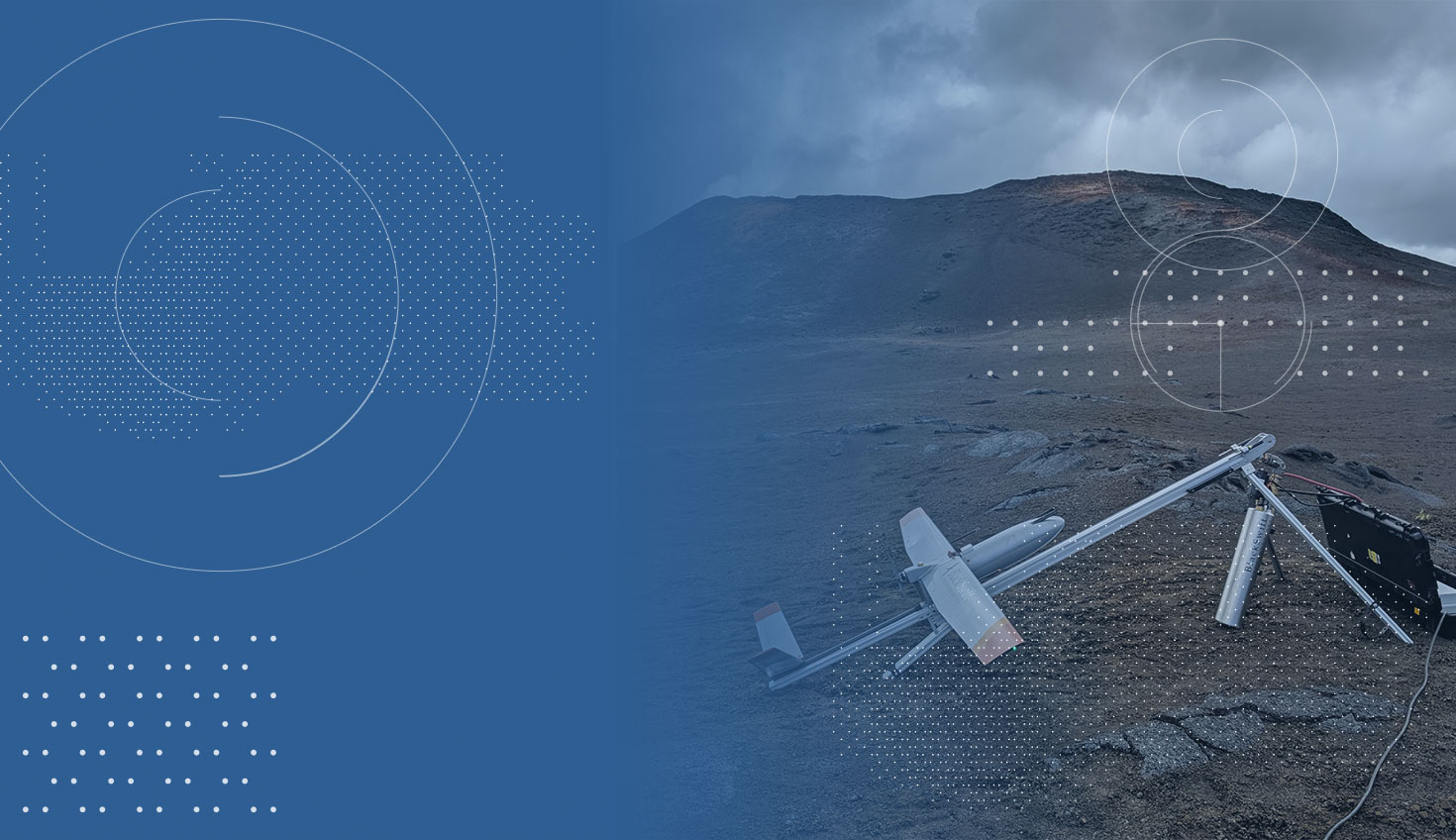 Based in Colorado, Black Swift Technologies designs and manufactures unmanned aircraft systems (UAS) for scientific missions in extreme conditions, such as monitoring and assessing the Arctic landscape, wildfires, tornadoes, hurricanes and volcanoes. The company frequently works with government agencies such as NASA, the National Oceanic and Atmospheric Administration (NOAA) and the United States Geological Survey (USGS), focusing on building better models of turbulent environments that provide more accurate predictions of danger levels or of an event’s severity and progression.

“Our products are being used to improve models of hurricanes and wildfires,” notes Jack Elston, founder and CEO of Black Swift Technologies. “It's exciting to help support research which can have a significant impact on safety and preventing property loss."

When designing their aircraft, BST engineers need to consider the resistance to extreme temperatures, high winds and unpredictable atmospheric conditions. (The photo at the top of this blog shows the company’s S2 research drone prepared for launch near Fissure 8 of Hawaii’s Kilauea Volcano eruption in June 2018).

“For the volcano applications, we have to worry about sulfuric acid. It will corrode bolts and many other parts rather quickly,” Elston says. “After just one mission through volcano plumes, we’ve seen aircraft come back looking like they've been sitting outside for 15 years because everything is just rusted and falling apart.”

“In the Arctic, aside from materials becoming brittle or parts not fitting together well, there are additional challenges where the people operating the aircraft don't want to be taking off their gloves when it's minus 20 degrees Fahrenheit outside. So your design has to make sure that the operator doesn't need any special tools in the field,” he says. 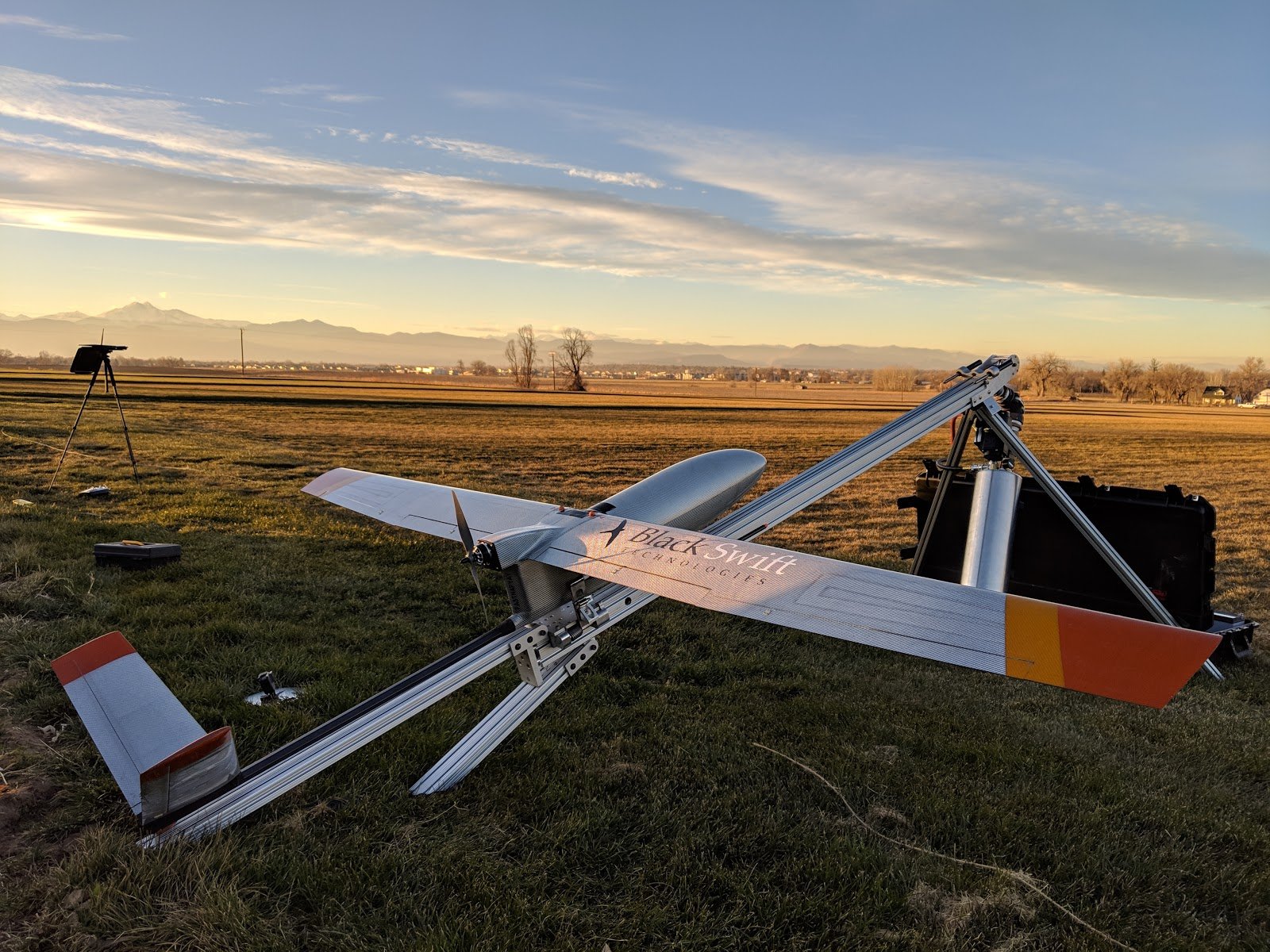 With a wingspan of 10 feet, the Black Swift S2 is an unmanned aircraft system (UAS) for flying scientific payloads in demanding atmospheric conditions such as high altitude, corrosive particulates and strong turbulence. (Image courtesy of BST)

The company’s advanced aerial research platform, the Black Swift S2, was recently chosen by the Institute of Arctic and Alpine Research to help support the international East Greenland Ice-Core Project. Also known as EastGRIP, the project is studying the northeast part of the Greenland Ice Sheet and exploring how ice streams contribute to future sea-level change. The S2 is performing vertical profiles up to 14,000 feet (the edge of commercial airspace) to analyze water evaporating above the ice sheet.

“With Black Swift Technologies’ help, we’ve developed interchangeable nose cones that can carry up to eight glass flasks,” explains lead researcher Bruce Vaughn. “We utilize their communications to control our nose cone with our flasks in it, along with a valve manifold and a pump that sits in the fuselage.”

“This modular payload design lets us take samples, come back down, pull that nose cone off, run it into the tent, hook it up to our analysis, put another nose cone on and go back up with another battery. And then the third nose cone can be flushed with dry air to remove all the water vapor and get reset for another analysis. It’s like juggling. We get three balls to keep in the air,” he adds. 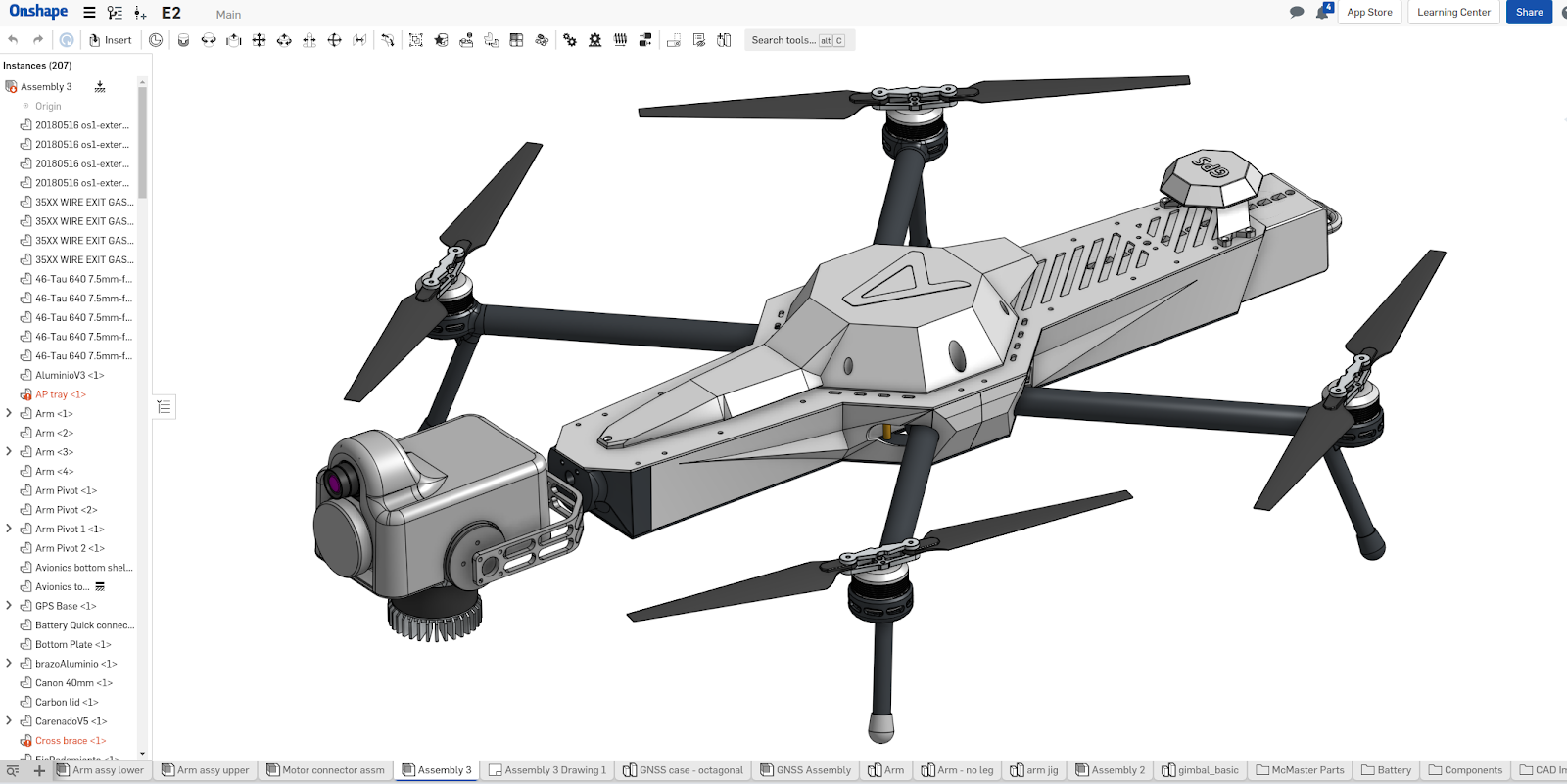 According to Elston, one of the main motivations behind switching to Onshape was the continuous frustration of version control problems when designing with file-based CAD. As with the Greenland nose cones, Black Swift engineers customize the S2 aircraft based on different scientific payloads. Some may include instruments for measuring CO2 and water vapor; others might include special cameras and equipment for satellite calibration.

“Version management in SOLIDWORKS is an absolute nightmare. There was never an easy way to roll back to an earlier version. We’d try our best to keep snapshots of where we were at certain points, but it was very tricky,” he recalls. “We’d discover something we’d want to change and going back to a previous version was sometimes an impossibility.”

“With Onshape, we can have a baseline design for the payload scaffolding, and from there, we can create all sorts of different payloads that branch off in different directions. If we like an improvement in one of those branches, we can easily merge it into all our other versions,” Elston says. “Having a background in software development, I’ve always found this kind of workflow much easier.”

Onshape’s Branching and Merging feature enables teams to explore different design ideas in their own branches, and later merge two ideas from separate branches into one. The feature encourages more experimentation with alternative ideas without worries of impacting the original design. Furthermore, Onshape’s comprehensive edit history tracks who made what change and when, allowing engineers to instantly revert back to any prior state of the design.

“We pretty much run everything exclusively on Linux,” he says. “When we were using SOLIDWORKS, we were stuck buying a special dedicated Windows computer just for running CAD. It’s really nice now to use Onshape on any of our development machines. It’s valuable for us to be able to stick to the environment we use continuously for software development and use that same IT infrastructure for supporting the systems we do all of our modeling in.”

“We also like the flexibility to be able to switch around between different computers and not having to worry about licensing,” Elston adds. “If someone’s computer is down, we can just log in to another computer. We’re constantly pushing the edge of what’s possible in our industry and Onshape helps us keep moving forward.”