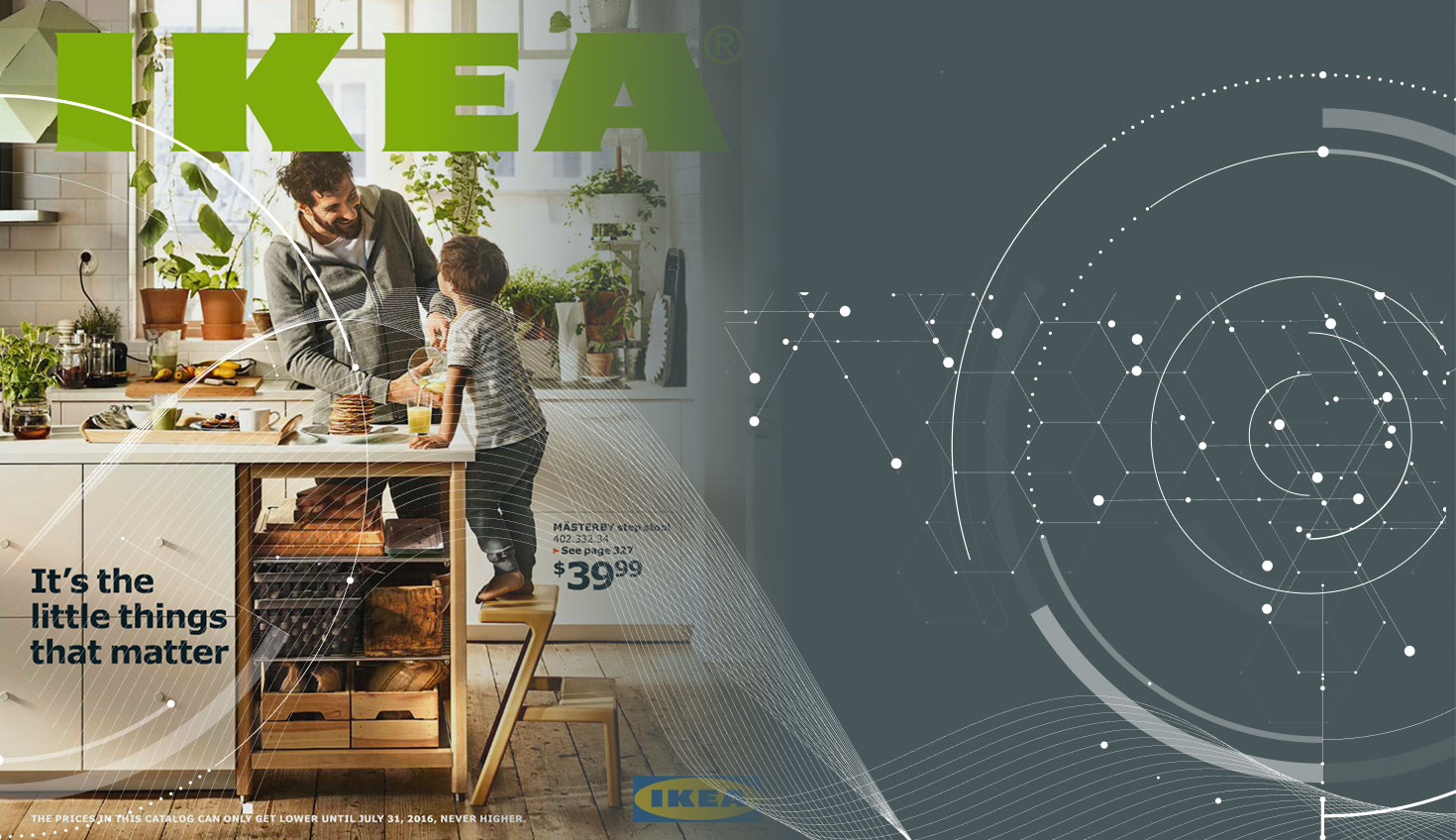 It’s not often that I profess an emotional attachment to a global retailer, but I love getting lost in their stores for hours (following their labyrinth map like it’s the Yellow Brick Road), discovering new treats in their Swedish restaurant and reading the Viking-esque names of their furniture. My daughter’s playroom toy shelves are called “Kallax,” and our recycled plastic bag dispenser is named “Variera.”

When I think of IKEA, the first two images that pop into my mind are bins of miniature golf-sized pencils (for writing down measurements) and their meaty print product catalog that takes up my entire mailbox. Of course, there’s a digital version, too. But consumers still love to ogle furniture on paper – so much so that The Wall Street Journal noted that a recent IKEA 200 million-plus print run was more than double the number of new Bibles published that year.

At the 2016 DEVELOP3D LIVE conference, the largest international trade show for the CAD industry, IKEA’s Martin Enthed reminded the audience that when they’re shopping for kitchen cabinets in the IKEA catalog, they’re not really looking at cabinets. What customers are actually staring at are photorealistic rendered images of 3D CAD models of kitchen cabinets. 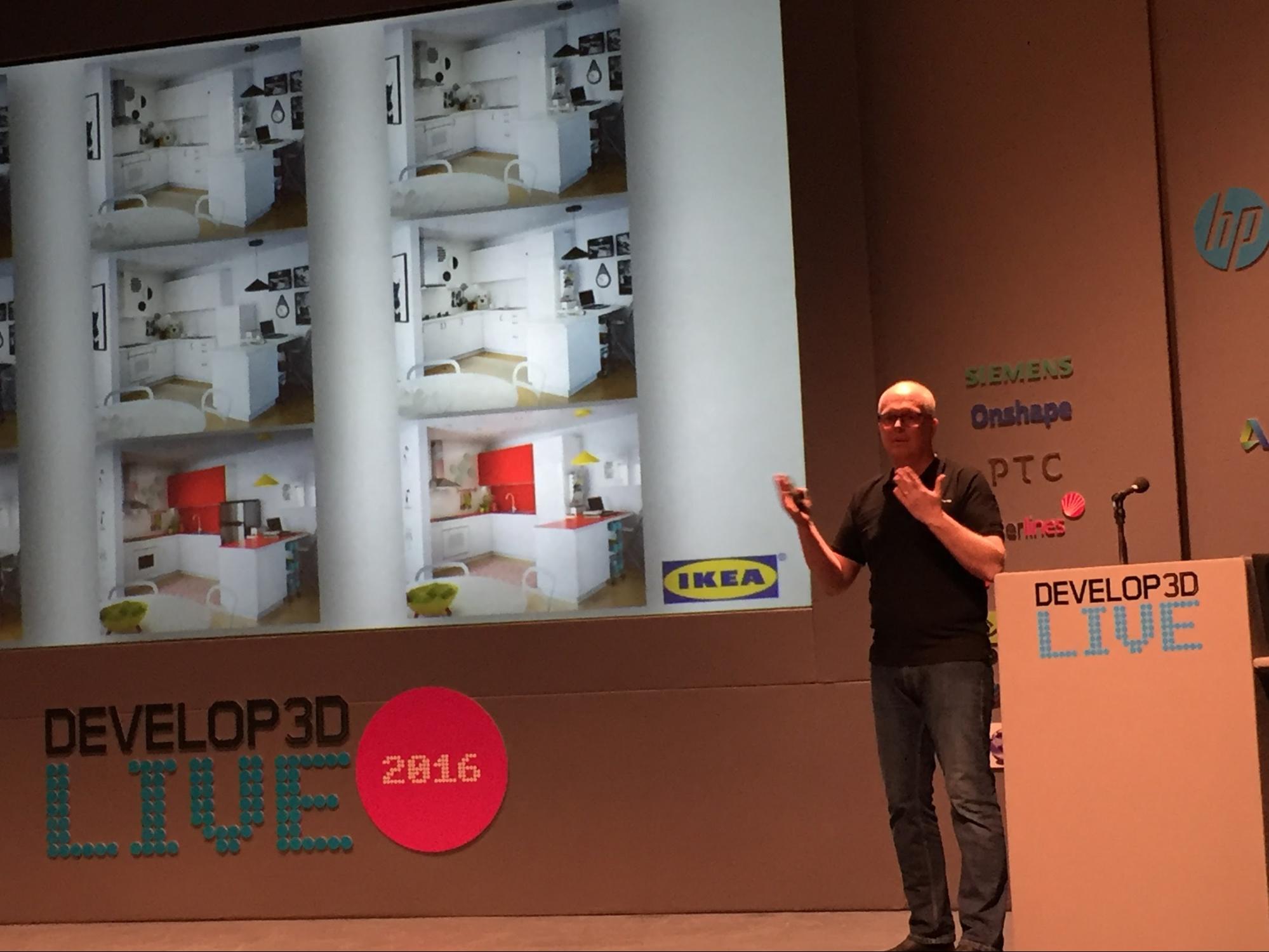 With each piece of IKEA furniture being offered in numerous colors and styles, and sectional furniture offering endless combinations for consumers, photographing physical products for the catalog had become a logistical nightmare. Creating virtual furniture eliminated the need to ship furniture to the photo studio, and the need to physically move the furniture and later store it.

Or as IKEA’s head of photography Anneli Sjogren bluntly told The Wall Street Journal, "We don't have to throw away kitchens in the Dumpster after the photo shoot."

Enthed showed the DEVELOP3D audience how actors play out the room scenes in the catalogue, using a piece of real furniture and props in the foreground in front of a green screen. The rest of the room can be digitally added later in endless combinations. He also revealed that it’s not just the IKEA products themselves that are first created in CAD and then rendered; it’s also the incidental items in the scenes like dishes, cutlery, fruit in a bowl or pencils in a cup.

IKEA’s design department now makes 180 photo-rendered product images each day and adds 45,000 new product images into their library each year. According to Enthed, about 75% of the images in the 2016 catalog began as 3D CAD models. Only four years ago, the company reported that 12% of the catalog were rendered images, with the rest produced with traditional photography.

Aspiring furniture designers at ESAD College of Art & Design in Portugal are rendering their Onshape models to better visualize their products. (Image courtesy of Rafael Coelho)

Photorealistic rendering doesn’t only make sense for large companies with thousands of products. It also is extremely worthwhile for those with one product.

When a design goes through multiple iterations, quickly updating the product images helps colleagues, partners, clients, Kickstarter backers, investors or consumers better visualize the end result – even if they have little understanding of CAD.

Marketing needs don’t have to be delayed by the cost or time needed to make a new prototype each time there is a design change. Different colors, materials or added features can quickly be incorporated into a new image.

Onshape now offers quick and easy access to photorealistic rendering tools in the platform itself. Render Studio Beta is directly integrated into Onshape, and is available to Professional and Enterprise users.

Get a free Onshape Professional trial to see what rendering can do for you.