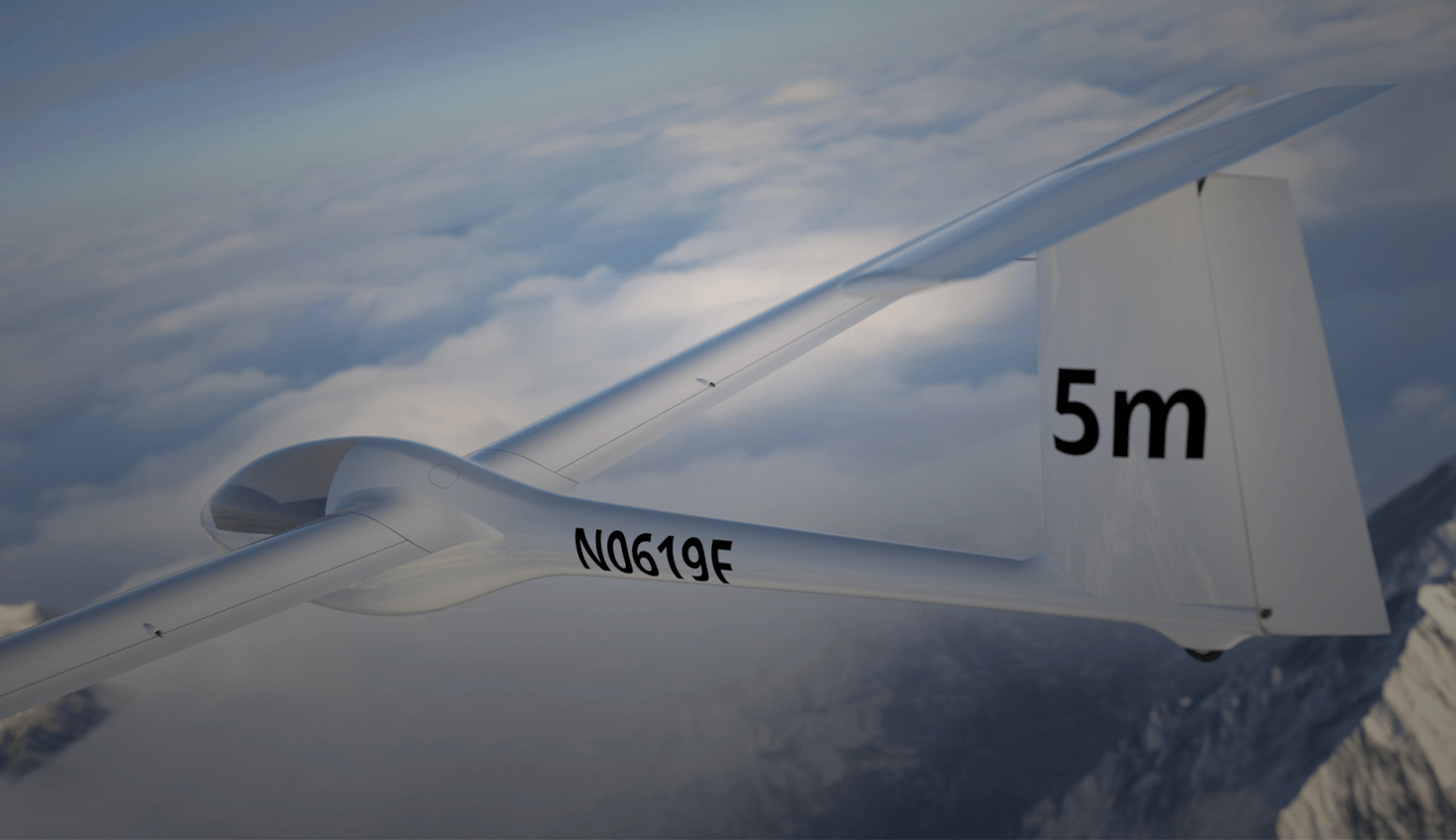 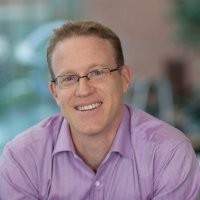 Do you remember the last product you bought on an eCommerce site like Amazon, eBay or Wayfair? It is highly likely that your purchase decision was influenced by a rendered 3D CAD model versus a real photograph.

It goes without saying that customers don’t want to imagine what your new product or product improvement will look like. They want to see it for themselves. CAD models do a fantastic job representing what parts are shaped like and how those parts fit together, but they still require a leap of faith to visualize the final product.

Photorealistic rendering allows you to transform a 3D CAD model into a digital image that is indistinguishable from a photograph – producing a picture of a product that doesn’t exist in real life yet. The process provides a cost-efficient way of “photographing” your future product in any setting without having to build a physical prototype. When you are presenting a design concept to a client or investor, you often only have one shot to seal the deal. Having access to the best quality marketing images in a timely manner is paramount.

Onshape didn’t invent photo rendering software, which has been around for many years. What we have done is dramatically speed up the traditional rendering process, which typically can take hours, to enable you to make better real-time design decisions. And as with every other aspect of running cloud-native Onshape, we’ve also made it possible to do your rendering on any device without the requirement of purchasing high-end and hard-to-procure graphics hardware (GPUs) or dedicated workstations.

I’m proud to announce the launch of Onshape Render Studio Beta. The main benefits of this new capability include:

Take a look at the video clip below showing a CAD model of an espresso machine being rendered in Onshape. When applying material effects to each component, the user sees the results in real time … no waiting required.

If you are designing furniture, for example, your customer could instantaneously see how various kinds of wood and metal would look on different versions of the same product. Ultimately, the more design iterations you are able to try, the more likely you’ll deliver a better and more marketable product.

Under the hood, Onshape’s interactive Render Studio is powered by NVIDIA Iray, a physically based rendering technology that generates photorealistic imagery by simulating the physical behavior of light and materials. The technology enables rendering newcomers to quickly achieve professional results. For advanced users who want to “think like a photographer,” there is also full support for camera and lens settings, including ISO standard film speeds, focal length, aperture settings, motion blur, etc.

Cloud-Native Rendering as a Design Tool

Photo rendering is not only useful for sales and marketing purposes. You can think of Render Studio as simulating light in different environments similar to the way that finite element analysis (FEA) software tests the strength, heat resistance or fluid dynamics of a design without needing to build a prototype.

In the case of the recessed lighting fixtures shown below, the engineer can preview how their design will work in a specific setting. In this scenario, the engineer is seeking to achieve a softer, diffused illumination throughout the room. However, in the Render Studio output, the lights appear to be “burning holes” in the hardwood floor. For the next iteration, the designer might adjust the width or depth of the lighting canister, change the angle of the lamp or consider a different strength bulb. 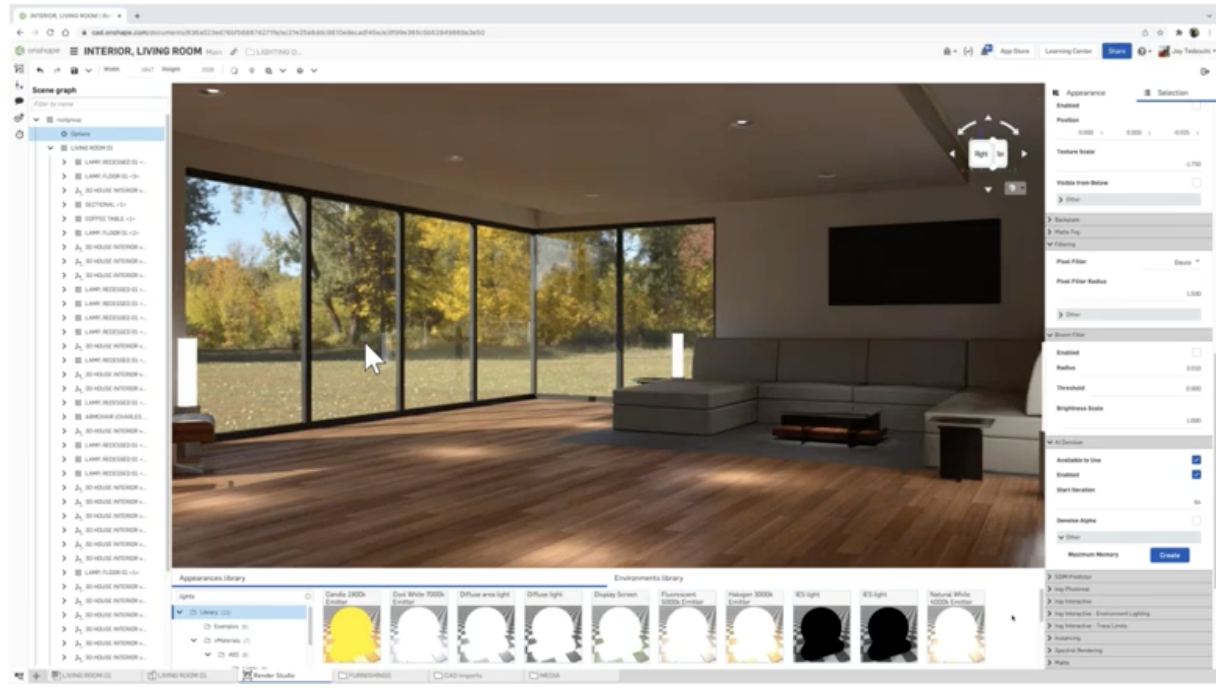 Getting this kind of accurate snapshot of how light will behave in the room is invaluable to the lighting designer, who can then virtually try out different materials and modifications without the time or expense of physically building each iteration and testing them.

Similarly, in the rendering of the automotive headlight assembly below, there are unintended internal reflections that would not be apparent when looking at the straight CAD model alone. 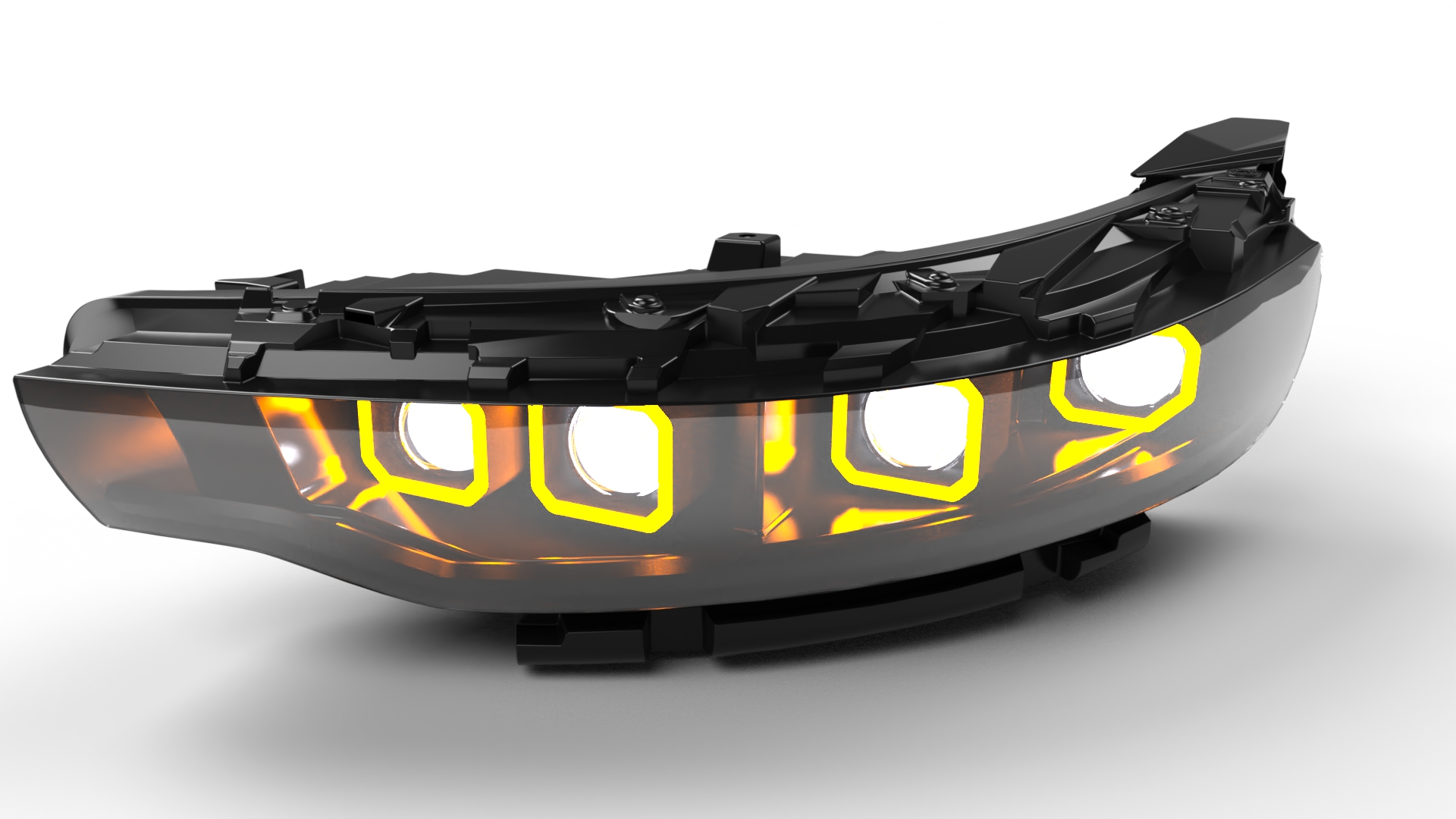 Real or Rendered: Can You Tell the Difference?

As an avid photography enthusiast in my leisure time, I am impressed by the stunning rendering results made possible by NVIDIA Iray. It’s a feeling widely shared by the Onshape R&D team. So much so that one of my colleagues playfully suggested that we stage a “Real or Rendered?” photo game on social media, challenging people to guess an image’s origin.

NVIDIA Iray supports the use of the open-source Material Definition Language (MDL), which defines the properties of materials, ranging from the color of surfaces to their reflection or refraction properties – or the light emission of surfaces.

Take a close look at the rendering of the radio-controlled glider below. Notice how the reflection of the clouds in the windshield is more pronounced than the more subtle reflection of the mountains on the tail. You may have to zoom in on the section of the tail underneath the “5m” lettering to even see this reflection, but it’s there.

Now, take a look below at this detachable zoom lens for a DSLR camera. If you were looking at this in an online camera catalog, would it ever occur to you that this image was rendered from a 3D CAD model? 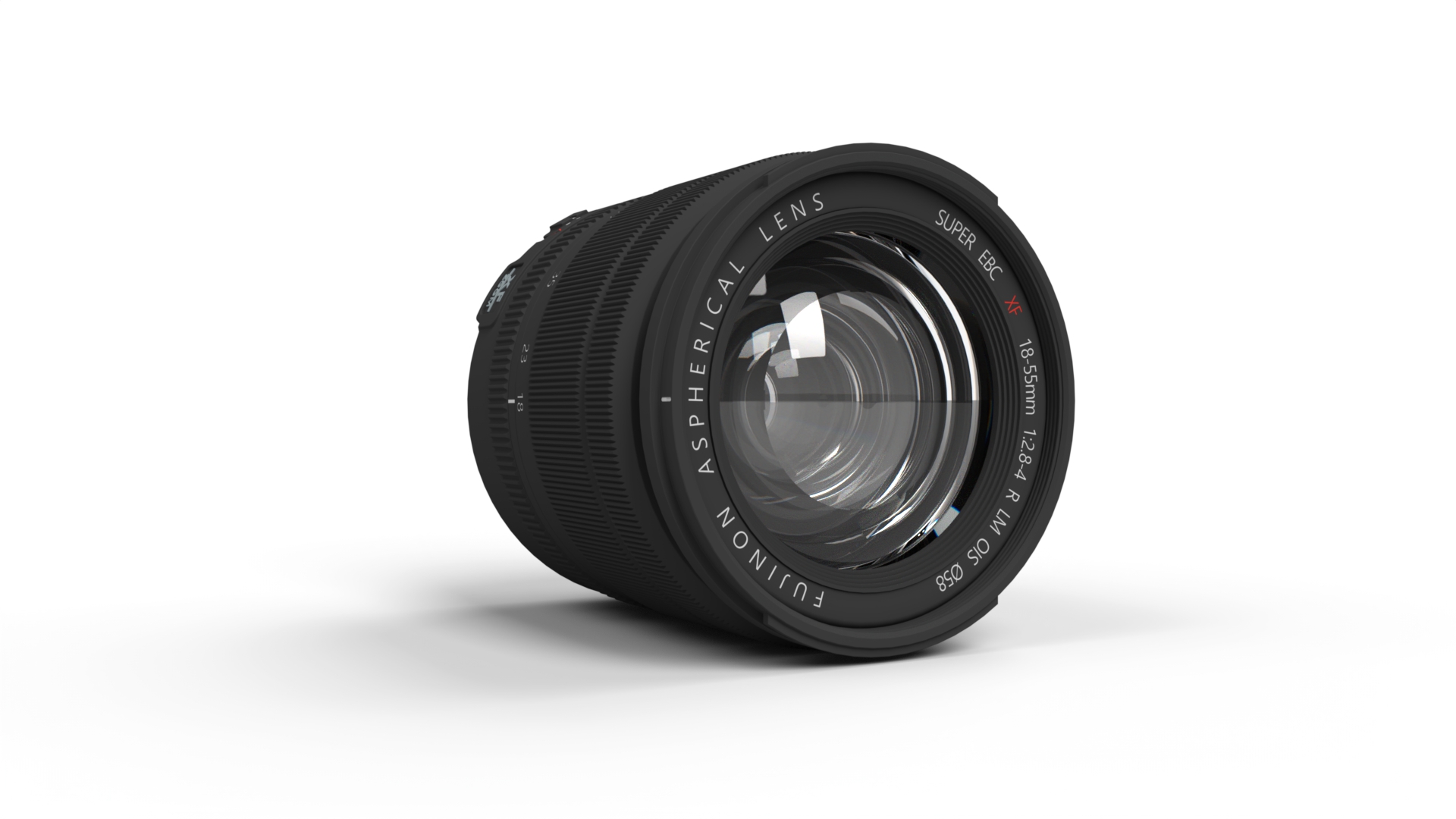 Here’s another rendered look at a DSLR camera blended into a real photograph of the ocean at sunset. What’s remarkable is that Onshape’s Render Studio also calculates the lighting effect “offscreen” from both behind the camera and in front of it. Notice how you can see the orange sun-drenched clouds reflected inside the camera lens, but not in the sky itself. 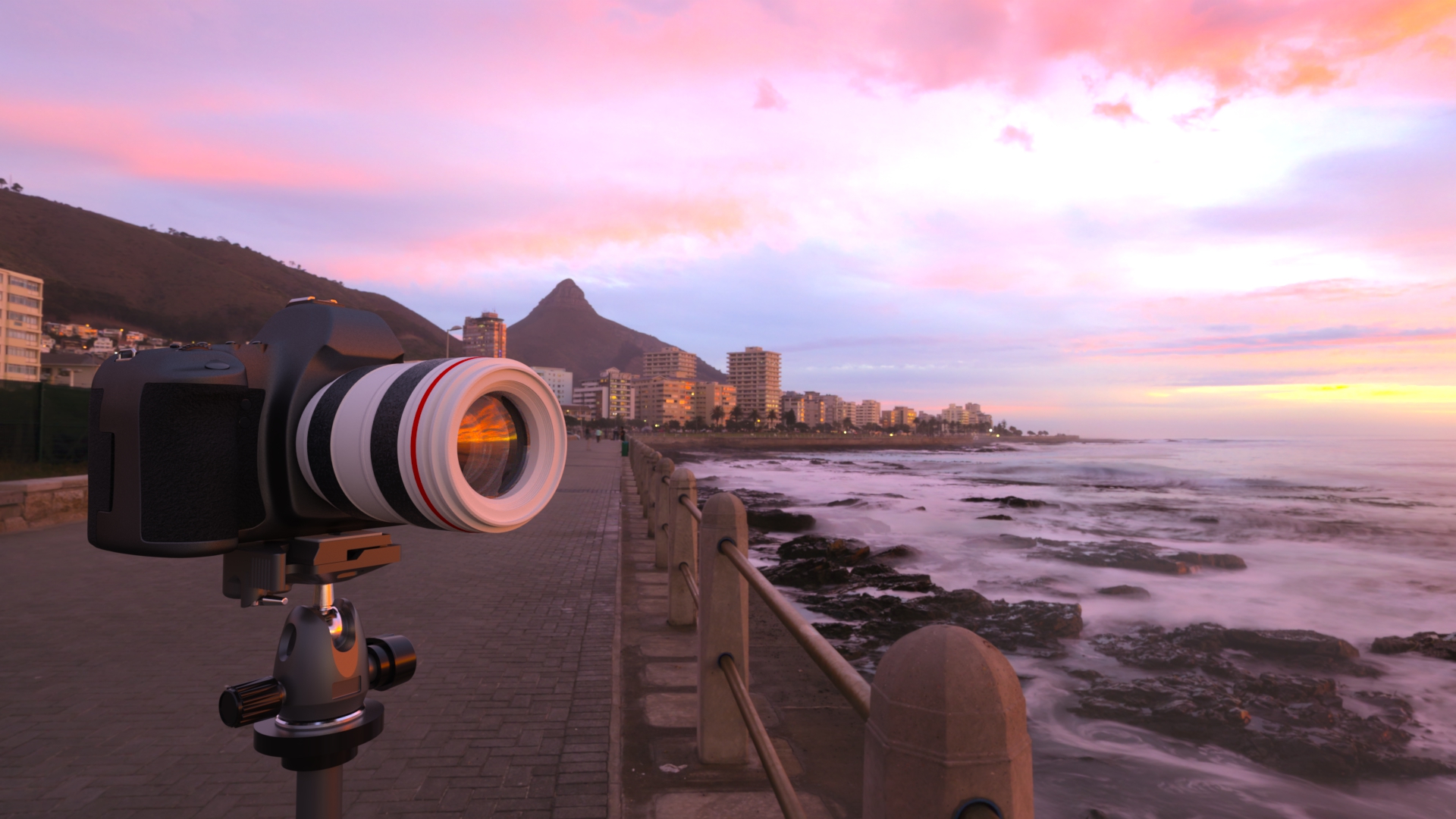 Lastly, the rendering of the watch gears below underscores the value of adding occasional imperfections to your photos for increased realism. Can you find the smudged fingerprints, dust and minor scratches below? All were added via Render Studio’s Appearances library. 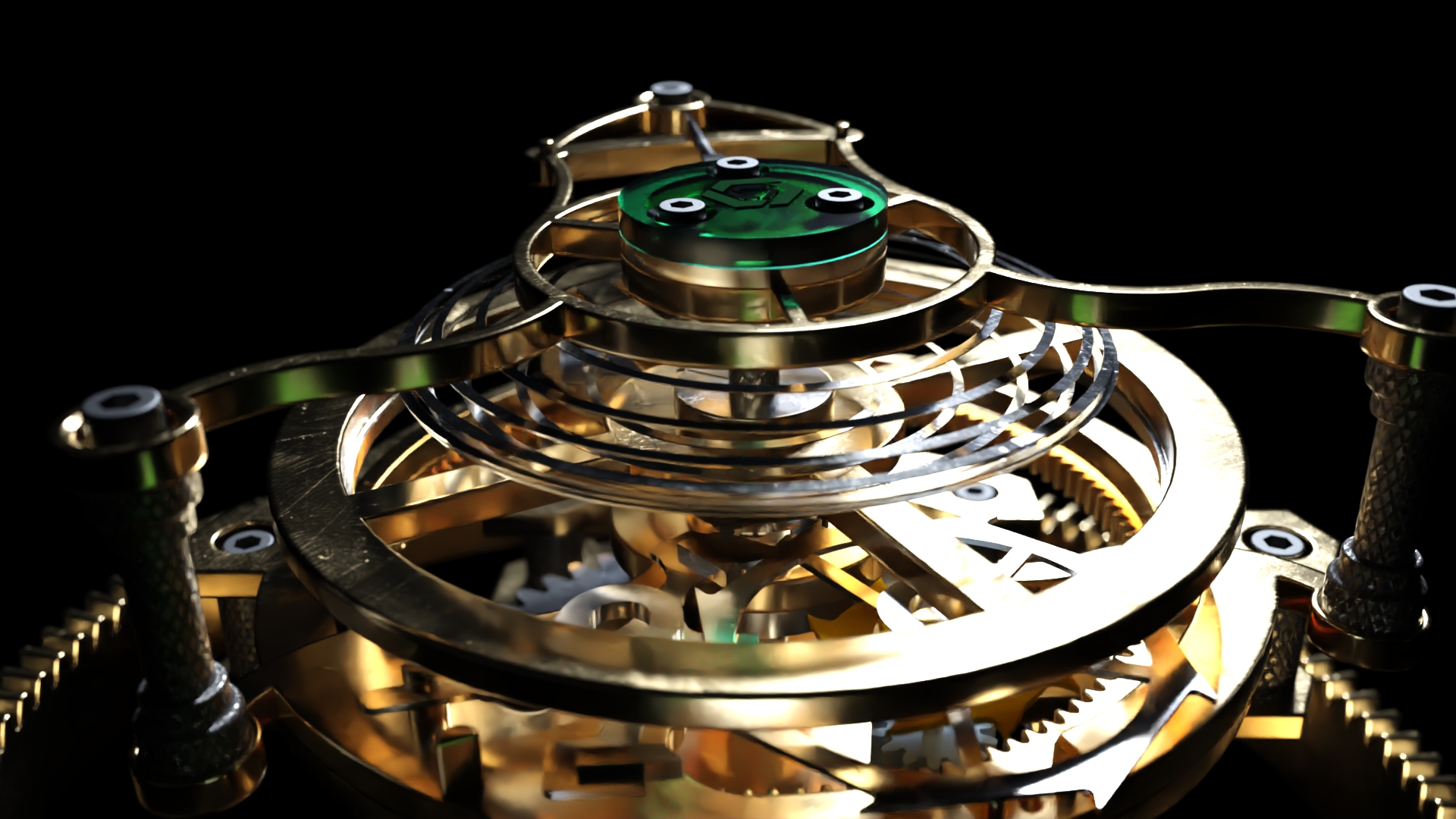 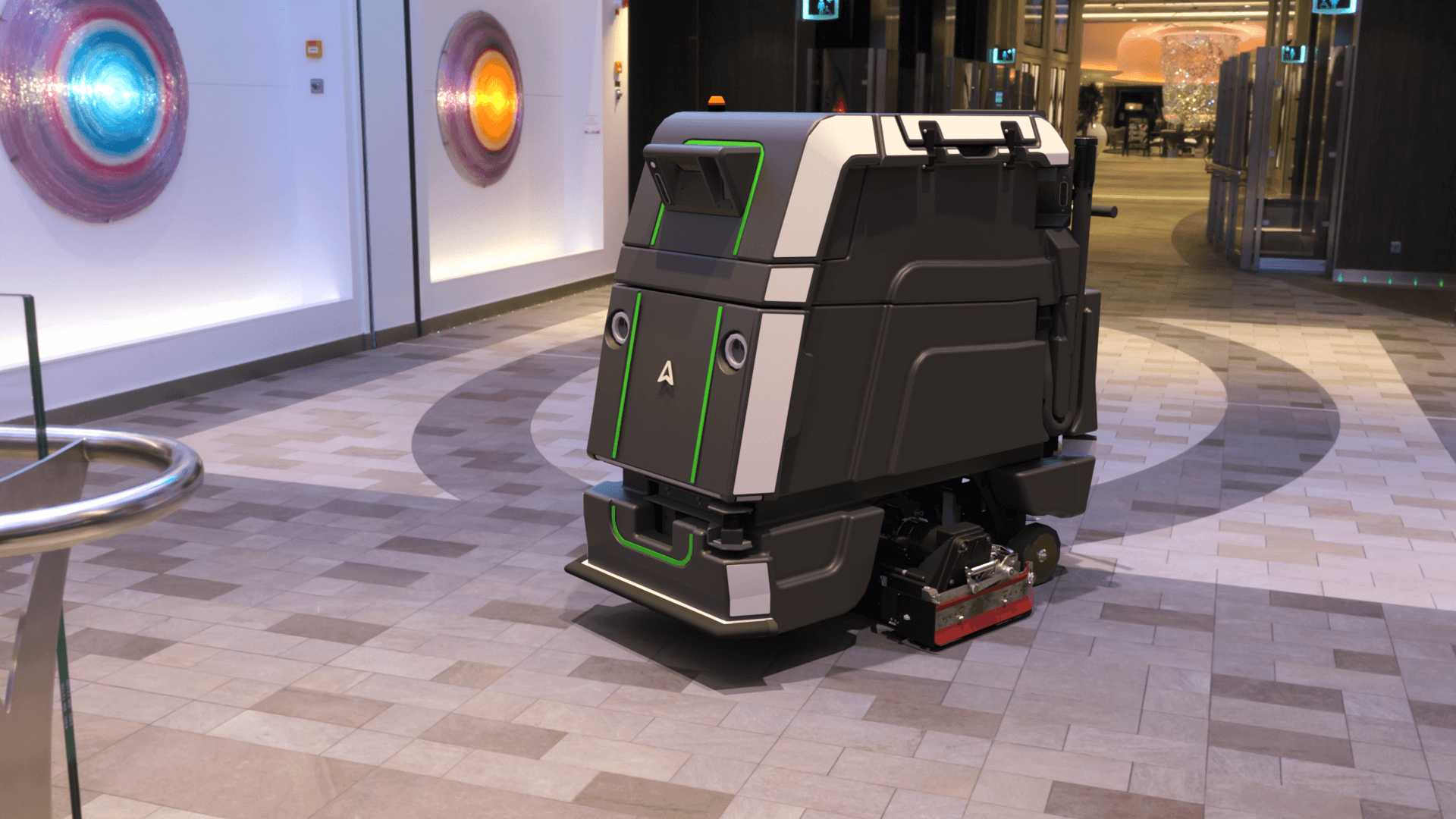 As mentioned earlier, Onshape’s Render Studio is currently in its beta release and (as with all Onshape functionality) there will be ongoing incremental improvements as we receive customer feedback and requests.

But it is extremely rewarding to hear from Onshape customers who are already realizing significant business value from Render Studio.

Having no prior experience with rendering software, Avidbots mechanical engineer Ian Gardiner just created the above rendering of the Neo 2 scrubbing a generic shopping mall.

“The learning curve was pretty fast. I learned everything by discovery after watching an introductory video. Using Render Studio is very intuitive,” he says.

“Getting photos of a robot like ours usually involves a long process to get the lighting right. Marketing has always wanted to get a great top-down image of Neo. Now I can just flip the model and take a render and they’ll have the image they’ve always been looking for,” Gardiner adds. “You can easily get any angle you want.”

Here’s a rendered Avidbots image of what a night security guard might see from the second floor of the shopping mall: 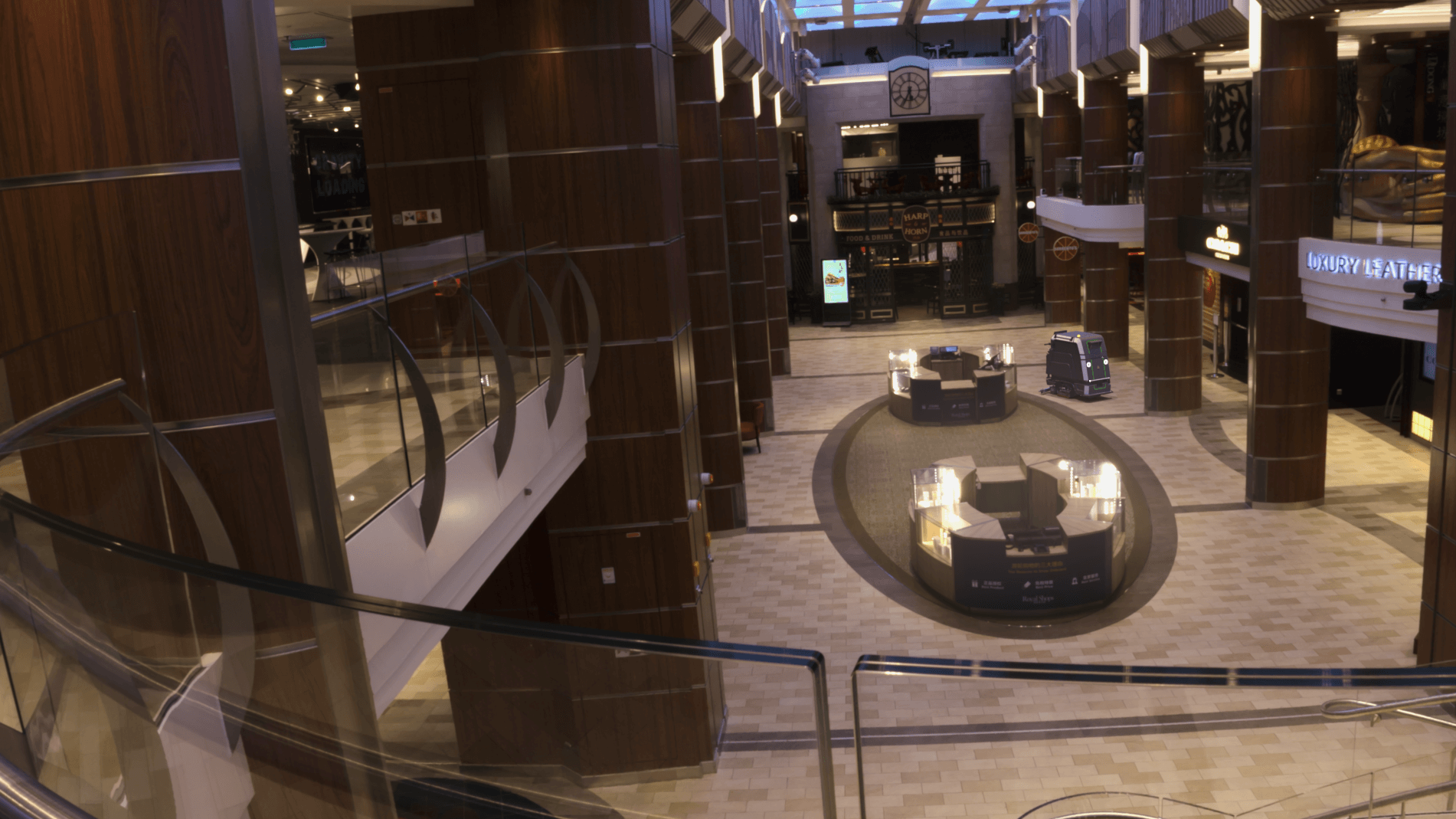 Avidbots plans to insert a rendered top-down view of Neo into their live real-time maps of the robot’s cleaning progress for their customers. Gardiner says he also envisions using Onshape’s Render Studio to create documentation and maintenance manuals, adjusting the depth-of-field to highlight various parts or making most of the robot white and rendering only the parts being mentioned.

“We’re really excited by the possibilities,” he says. “I think over time whenever we make a new part that we will also make a render of it so other teams can see the images as thumbnails. As engineers, we recognize things by shape right away, but other people will be able to better recognize things as photographs. Now, everything that we have in CAD, we can bring to life.” 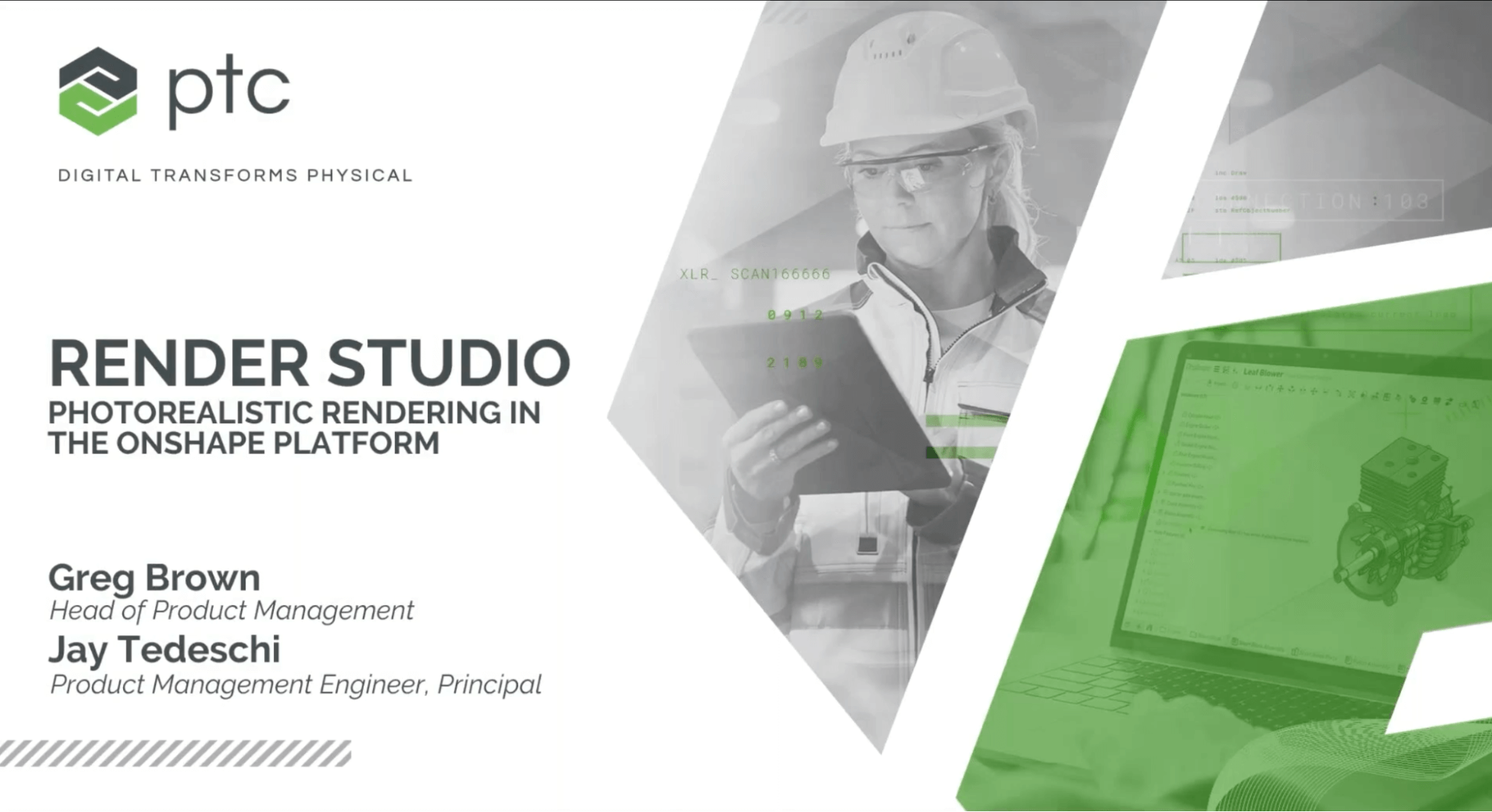 I’d encourage anyone who is eager to start creating their own photorealistic renders to watch this webinar I recorded along with Onshape engineer Jay Tedeschi. In the webinar, you will be given an overview of Render Studio’s full capabilities, learn more about the NVIDIA technology behind it, and discover tips and tricks for improving your own rendering skills.

I can’t wait to see what you create in Onshape next!

See how this new feature can help you create compelling, photorealistic images within Onshape.