Blog > How Can a Robotics Course Teach Students About Digital Twins 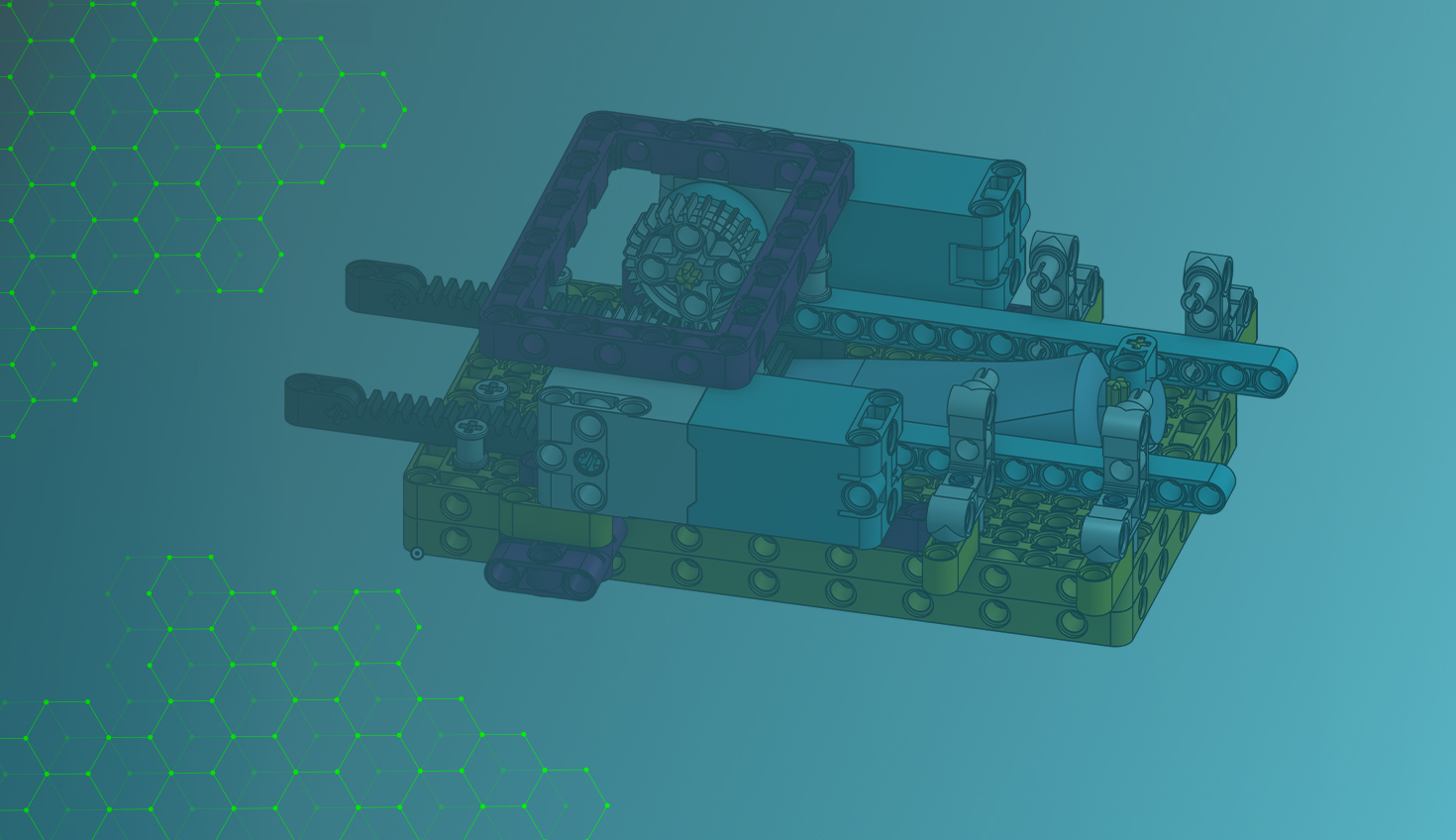 How Can a Robotics Course Teach Students About Digital Twins?

Armed with a Ph.D. in mechanical engineering and engineering education, Tufts University alumna Sara Willner-Giwerc has set out on a mission to lower the barriers to entry in engineering classrooms.

“I was interested in engineering, but really specifically the intersection between engineering and education,” Willner-Giwerc said, which led her to the Tufts Center for Engineering Education and Outreach (CEEO), which enables students, staff, postdoctoral fellows, and faculty from engineering, education, child development, and computer science to collaborate on educational research.

While at the CEEO, Willner-Giwerc’s goal was to figure out how educators can enable students to create their own solutions to engineering design challenges, rather than following step-by-step instructions.

The solution: A hands-on curriculum based on overcoming engineering challenges using professional-grade resources, like CAD platforms.

Educators are astutely aware of the changing needs in the real-world workplace. For this reason, Willner-Giwerc wanted to introduce students to the current challenges and complex topics, like digital twins, that today's engineers face.

Before finishing her Ph.D., Willner-Giwerc was able to bring her research into the classroom by designing several lessons that go beyond step-by-step instructions, and truly engage students.

She taught the Spring 2022 Introduction to Robotics and Mechanisms (ME35) course for third- and fourth-year undergraduate students.

The first challenge: Build a production line with a toothpaste dispensing robot.

“Toothpaste is something that students are used to interacting with but haven’t thought about in a robotic sense,” Willner-Giwerc said. “So it has real-world applications along with some interesting challenges.”

For instance, toothpaste tubes are unevenly shaped from top to bottom, the plastic is slippery, and there are volume considerations to take into account.

In the first part of the lesson, students worked to create a robot that could dispense toothpaste in increments. Many used gravity to their advantage by facing the opening downward, and some used sliders to squeeze out the toothpaste.

“It was a good exercise for students to go through that process of thinking about resources,” she said, “Like, we have a resource that we're not going to be able to put back into the tool once we use it. So, how can we do our very best to model it to waste less?”

The second part of the lesson was to get the robot to load and unload a toothbrush – and implement a digital twin using the model they designed in Onshape and its real-life equivalent. At this point, students were paired up for the finished product.

“Students were successful or made a good faith attempt at doing a real-life digital twin to monitor what state the robot was in and be able to trigger or at least monitor it using Onshape,” she said.

An example of a working robot and its digital twin.

“This was fully functional,” she said of the robot shown above. “The student also had a totally functional digital twin,” which means they were able to replicate a model exactly in the physical world.

“What makes it a digital twin is they're connected in some way,” Willner-Giwerc explained. “If something moves in the physical world, it updates and moves in a digital world, or vice versa.”

Willner-Giwerc decided to use Onshape for this class because she wanted to make sure each student had ownership over a toothpaste CAD model and got a chance to be hands-on with the material and manipulate it for themselves. Plus, students were able to work on their designs from anywhere, on any device. They weren’t glued to certain hardware or a computer lab. Then they were able to access each other's CAD models once paired up.

Also, students were able to leverage Onshape’s API to create and understand a digital twin – something that can’t be done with other CAD software.

Being able to teach “the general idea that you can model something in the digital space, and then use that to either monitor or control what's happening in the physical world, that was pretty cool,” she said. “I don't know of any other CAD system that you can do that with.”

For the final project, students had five weeks to complete one robot that could bake a cake and use frosting to create a specified image, which wasn’t revealed until the day of the demo.

“The main goal is getting 28 people to work on one project,” Willner-Giwerc said.

With collaboration in mind, the class defined five subsystem groups to tackle different tasks: Mixing the batter, oven control, loading and unloading, image processing for the frosting, and, finally, the actual frosting. Each group had a mechanical engineer, software engineer, systems engineer, and project manager.

The students experienced what many in workplaces understand: communication is key. For instance, she said, one group was working with a pan in a completely different dimension from another group. Luckily, they caught that discrepancy before it was too late – because they were able to communicate quickly within Onshape.

“They came up with a super compact design and eliminated all rotating. It was really cool to see them scope themselves to something that was going to be functional,” and, she said, “It was totally edible.”

Plus, Willner-Giwerc was able to jump into the Document itself to see where a student might be struggling.

“It’s like the CAD version of Slack in a lot of ways; to be able to just go in and know what’s happening at any point in time,” she explained.

Connecting With CAD Software for Educators and Students

Before her Tufts classroom experience, Willner-Girwerc traveled to Rwanda in 2019 to help build a makerspace for an all-girls school in Nyamata called the Maranyundo Girls School.

She had to brainstorm the best way to create a long-lasting space with the necessary technologies to give the students the opportunity to create. Facing hardware restraints, she chose to set up Onshape in the makerspace, which would help faculty avoid future installs or updates.

“But what I didn't think about was that after I flew home, I now had this digital connection to everything they were making,” she said. “Every time they had a problem or needed help with something we could go in and in real time make parts together.”

One student, Willner-Giwerc recalled, sat next to her and insisted to be taught how to make a part to print out.

“It was really cool,” she said. “It’s really impressive to see a 12-, 13-, 14-year-old be so driven to make stuff in the digital world. And Onshape was just absolutely great for that.”

Right Where Education and Engineering Meet

Willner-Giwerc now works at Project Lead the Way as an instructional developer in engineering, creating new and innovative ways to empower students to not replicate the knowledge of others but to really do things for themselves.

This way students will be prepared for whatever the future brings.

Interested in using Onshape in your robotics or other STEM classes? Create your account and start leveraging its unique features in your teaching today!