Blog > Why Makers Should be Using Pro 3D CAD Software 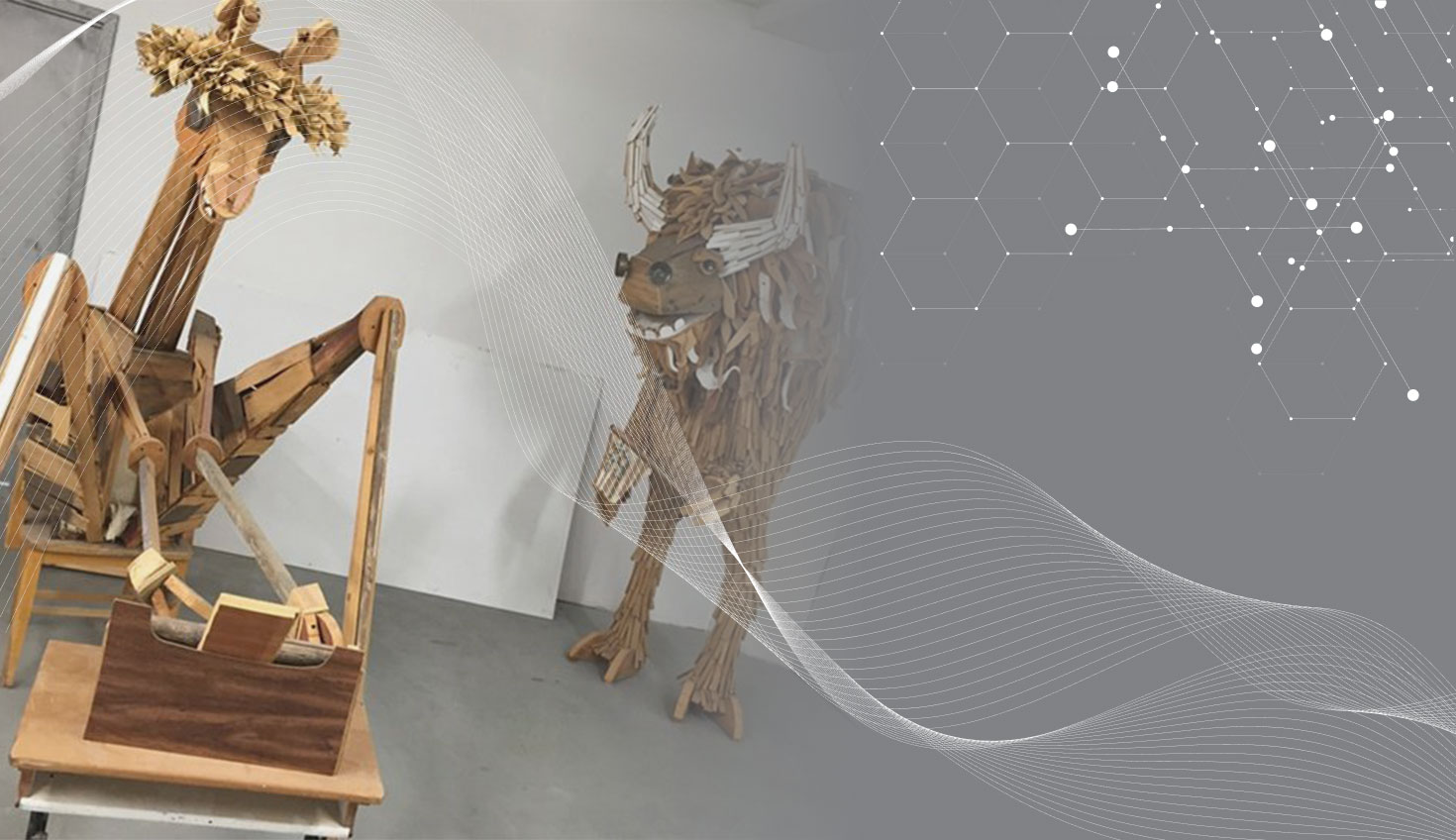 Why Makers Should be Using Pro 3D CAD Software

What? Your office lobby DOESN’T have a buffalo waving the American flag or a hipster giraffe using a typewriter?

The funky wooden sculptures above are showcased at Headquarters Boston, a shared working space for makers and artists. It’s also where I stumbled over this laser-cut Foosball table made from cardboard boxes and wooden dowels: 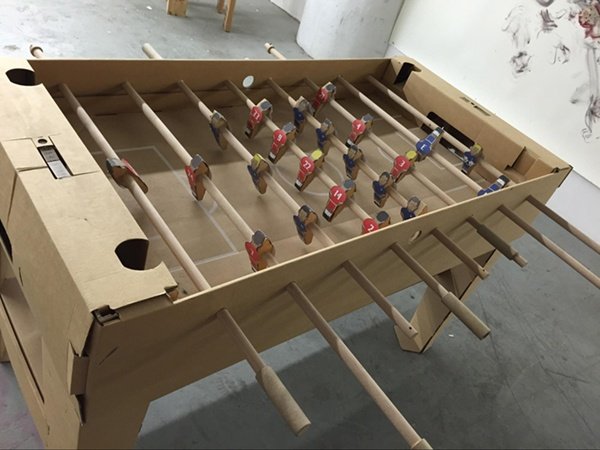 The break room at Headquarters Boston.

I never get bored visiting makerspaces. Ever. When you cram all that creative energy and talent into one area, cool stuff just happens. What’s especially fascinating is how makerspaces are no longer just places where engineers and artists make goofy toys after hours. It’s now quite common to see real products being designed and manufactured next to all the quirky one-off projects.

Not far from the wooden giraffe, Boston entrepreneur Colin Kingsbury has been making an open-source robot arm designed to be more flexible and human-like. This technology already exists for high-end industrial robots, but they cost $10,000 and up, far out of reach for the average maker.

To create his prototype, Kingsbury taught himself Onshape, the only full-cloud 3D CAD system that lets everyone on a design team work together using any web browser, phone, or tablet. He had previously been using hobbyist design software.

“It’s a quantum difference,” Kingsbury says. “I remember the first time I made a complex multi-part assembly. I modeled the whole thing, made it and when I sat down and bolted it together, every piece just fit.” 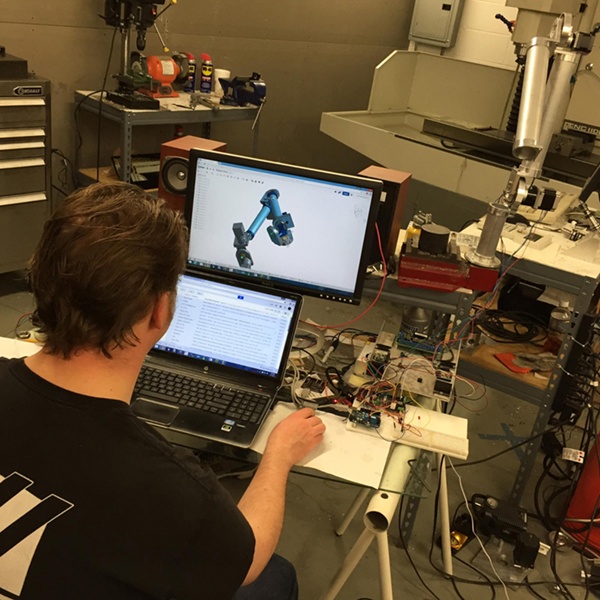 “I was like ‘Holy Cow! This is amazing.’ When I’ve done stuff in 2D before, it never happened. All my parts looked like Swiss cheese because I had to redrill holes and move things around multiple times,” he adds. “Since starting 3D CAD, my scrapbox fills up a lot slower. There’s a lot less waste.”

A New Generation of CAD: Perfect for Makers

Walk into any makerspace and it's obvious how dramatically the manufacturing world has changed. Laser cutters, CNC machines and 3D printers allow members to build things that would’ve required owning your own factory only a few years ago.

That’s why the birth of Onshape is so exciting for makers. It offers:

Harnessing the same powerful CAD tools as professional designers, there’s no limit to what makers can accomplish. Noting the novel thrill that many creative folks feel when they see a 3D printer for the first time, Onshape founder Jon Hirschtick has a saying:

“Don’t make an iPhone case. Make your own iPhone.”

Or seen through the lens of Local Motors, a free online and physical workspace that “helps bring badass vehicles to life,” don’t be happy making your own keychain when you can make your own car.

Local Motors is currently building the SF-01 Street Fighter, the first sports car in history based on a crowdsourced design. 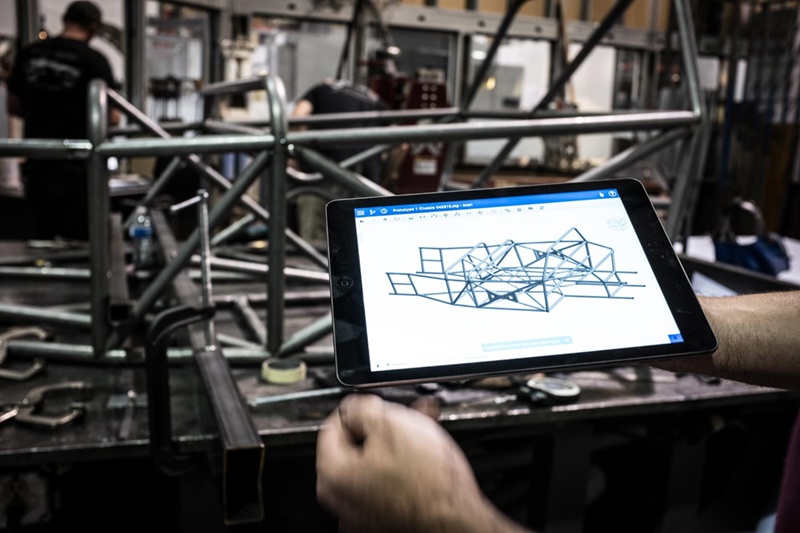 Using Onshape Mobile, the crew at Local Motors can have easy access to their CAD Assembly models as they manufacture their prototype for the SF-01 Sports Car.

Matt Jackson, the Engineering Community Manager for Local Motors, spends most of his days encouraging makers to collaborate and push the boundaries of what they think is possible.

He notes that the lines between makers and professional designers continue to blur.

“There is very little difference,” Jackson says. “Most of the time, it’s just a question of whether or not you get paid a salary to do it.” 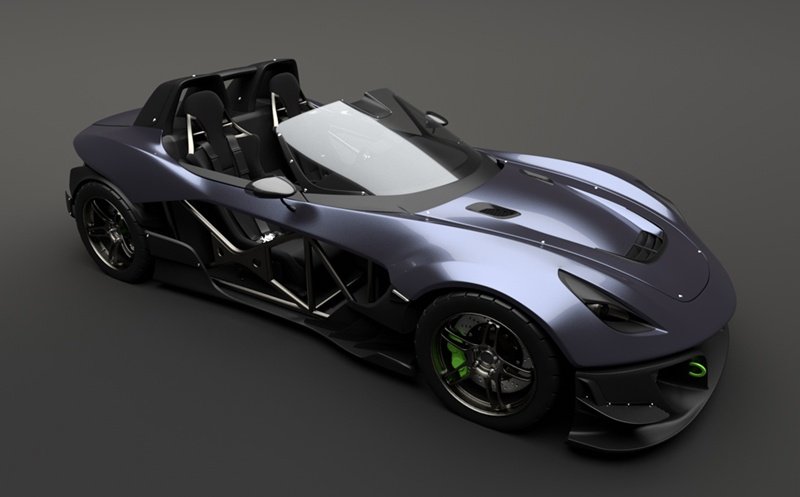 Don’t Make a Keychain – Make Your Own Car!  Local Motors has been crowdsourcing the designs of their SF-01 Sports Car.

“It’s really not that hard to build your own car or build your own motorcycle – or to be involved in the process,” he adds. “You don’t need to rely on an Original Equipment Manufacturer (OEM) to do all the repairs on your car. There are a lot of things that you can do on your own. People just don’t give themselves enough credit.”

One of Local Motors’ current projects is helping Arizona-based maker Andy Frey perfect his “Office Chairiot,” a souped-up office chair that can be raced at speeds up to 20 mph. (On his maker blog, Frey explains in detail why Onshape has become his most important tool.)

“As we move forward, and the wow factor of 3D printing fades away a bit, people will be tougher to impress. But they’ll be creating a lot more impressive things for the world,” Jackson predicts.

Onshape’s Jon Hirschtick will be a featured speaker at MakerCon next week in San Francisco. If you happen to be in the Bay Area, please pop by and share what you’ve been working on! If you’re a maker ready to use professional 3D CAD, your wait is finally over. Click on the button below and see for yourself why Make Magazine calls Onshape a potential “game changer for makers.”