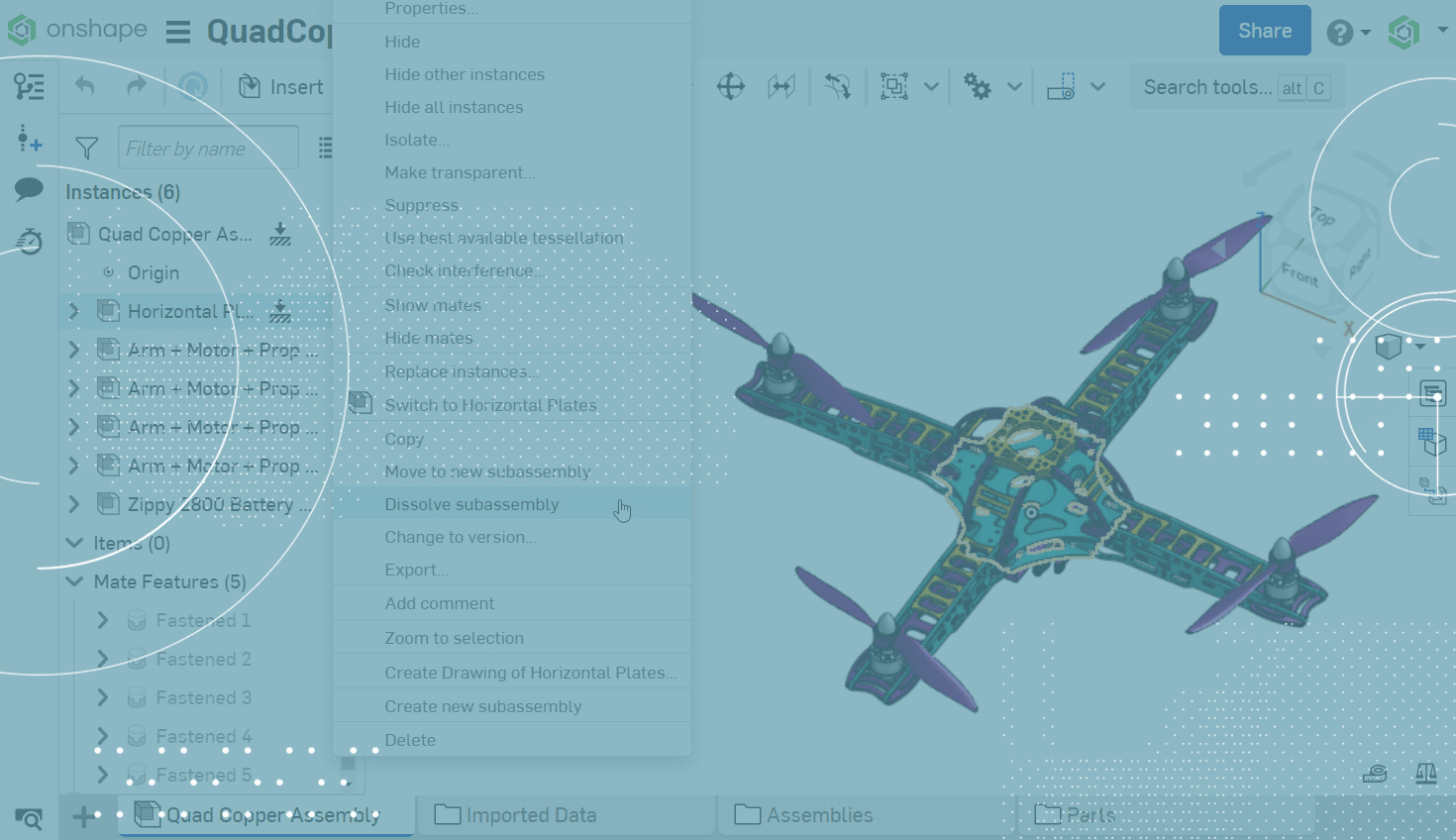 Tech Tip: How to Dissolve Subassemblies in Onshape

This tech tip is part one of a two-part series on managing and reorganizing Assembly data.

To start this process, make sure you’re in the parent Assembly.

Note: Assembly patterns are currently unable to be dissolved. 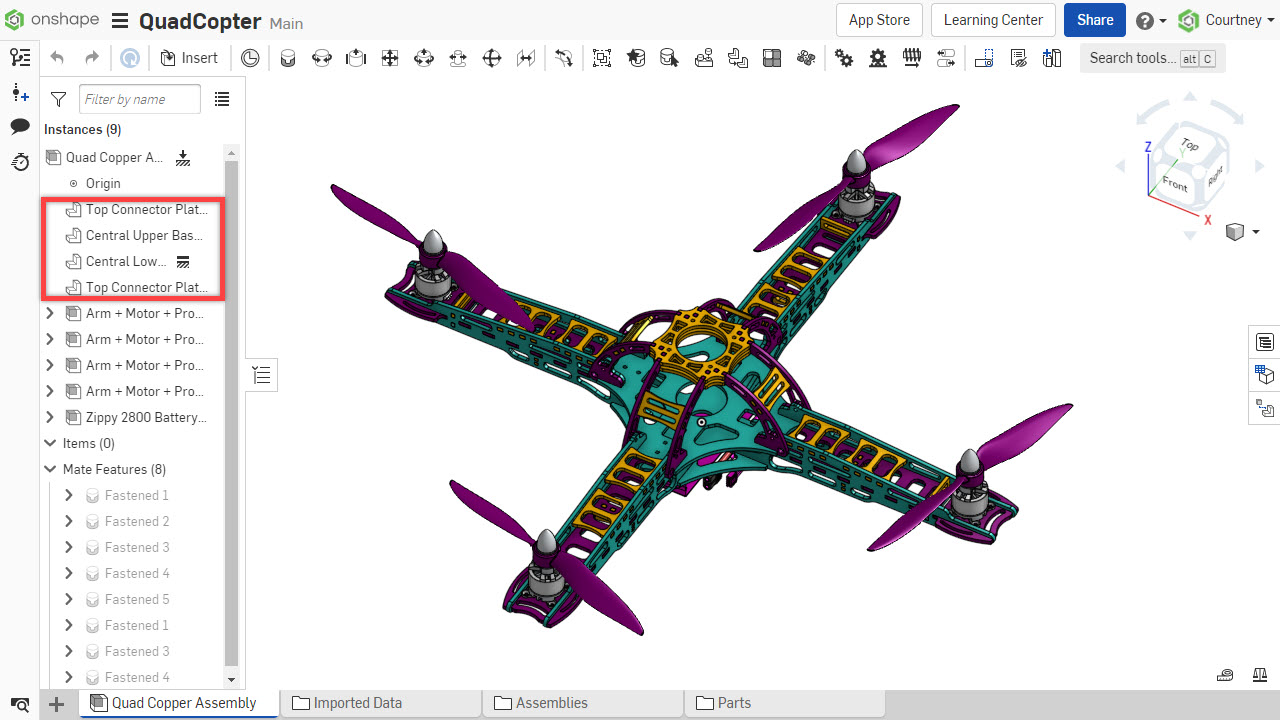 This process can be seen in the video below:

Want to learn more about Assembly structures? Check out the second part of this series, how to form a new subassembly directly from the top level.
Interested in learning more Onshape Tech Tips? You can review the most recent technical blogs here.