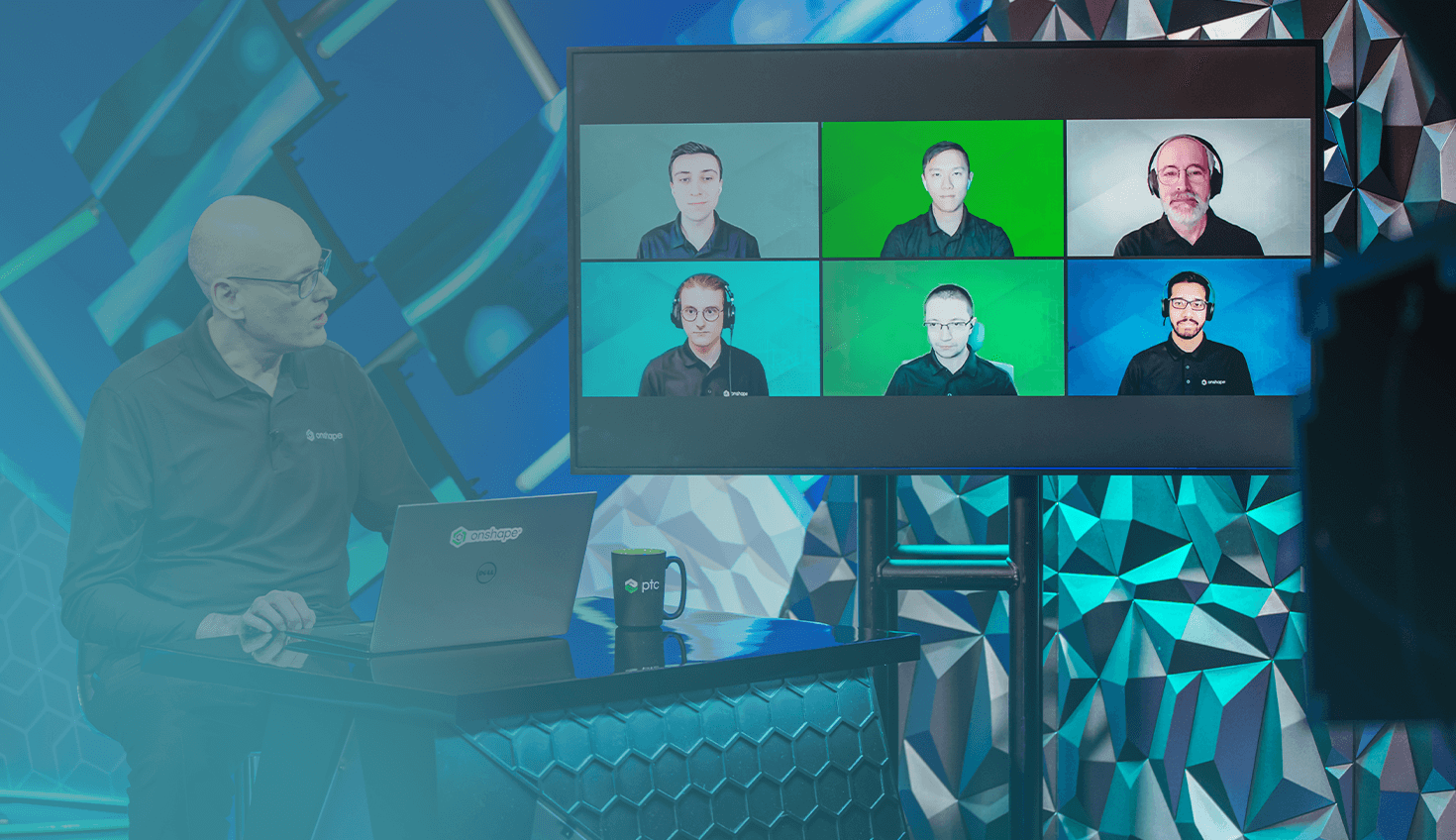 “2022 is going to be the biggest year ever for the Onshape product,” co-founder Jon Hirschtick said during his Onshape Live ’22 keynote presentation, before announcing that the Onshape team plans to increase the rate of modeling enhancements by 50%.

“We already have been the fastest-evolving product in our industry but our wonderful team decided to aim even higher,” he said. “We are going to have a record amount of enhancements.”

The proof in the pudding: So far, this year we’ve released the much-anticipated Render Studio Beta and in 2021 the Onshape team shipped 16 product updates.

With this track record, it’s no wonder the most anticipated Onshape Live ’22 session was the Onshape Sneak Preview, where our R&D, UX and Support teams came together to give attendees a taste of what’s to come on the Onshape platform this year.

Here are the top three reveals from the Onshape sneak peek session.

Note: Product features being shown are in development and are subject to change.

Nat Mishkin demonstrates how users will be able to create a Publication to share specific elements of a Document.

You might have heard that Onshape is the CAD software to use for easy collaboration with colleagues, suppliers and other third parties because of the platform's cloud-native architecture and intuitive tools.

Onshape’s sharing capabilities let users easily pass along Parts and Assembly details, and get everyone up-to-date with project details. But sometimes, as Onshape’s Nat Mishkin mentioned during the sneak peek session, only a single Part or Assembly in a Document needs to be shared with the manufacturer or supplier – and other elements of the same Document omitted.

To solve this problem, Mishkin, a Technical Fellow at PTC, and the team worked to create Publications.

“A Publication is a collection of specific versions or revisions of Parts, Assemblies and Drawings that are in one or more Onshape Documents. Some call this type of collection a ‘technical data package,’” Mishkin described.

This way, users can share the necessary information with external teams and still get the feedback needed to complete the project without oversharing.

“The design and implementation of Publications are in their very early stages and a lot more work remains to be done,” Mishkin said and invited users to share their thoughts on the Onshape Forum.

A clip from Ben Verdier's demonstration of Mixed Modeling.

Onshape users already can get mesh elements into Onshape to inform design by importing STL, OBJ or GLTF files. But options are limited, as meshes are different from parts and surfaces.

With Mixed Modeling, this distinction is lifted and mesh is now designated as a new face type.

“We have a lot of new functionalities coming up with Mixed Modeling and we cannot wait for our users to experiment with them when this ships, which should be very soon!” Verdier said.

Unlocking the Power of Variable Studios

Anton Bovin demonstrates how to create a Variable Studio in an Onshape Document.

Onshape has released several improvements that make it easier to create and edit variables within a Part Studio, such as variable rename propagation, variables that can be defined on the fly, and a variable table that lets users interactively view and edit variables.

“We encourage using variables because they let you update related parts of your design with a single change,” Senior Software Development Engineer Anton Bovin said. “Because a design can span multiple tabs, including Part Studios and Assemblies, we’d like the variables driving it to be available in the same scope.”

Variable Studios will allow users to put shared values in one place and to use them across tabs and documents. For example, a Variable Studio in a Document will be able to drive multiple Part Studios as well as their associated Assemblies.

“With this improvement, we hope that you'll find it a bit easier to build robust parametric designs with minimal repetition,” Bovin said.

Also, during the second annual user conference, attendees were treated to sessions about improving design workflows, discovering the ins and outs of Onshape functionality, finding new ways to use the platform, being awed by Design Competition entries and hearing from users themselves.

If you’d like to catch any of these sessions, head on over to Onshape Live On-Demand – yes! All of the sessions are still available (for free!) to all who are interested.

Catch up on the exciting sessions and keynotes
from the second annual user conference.