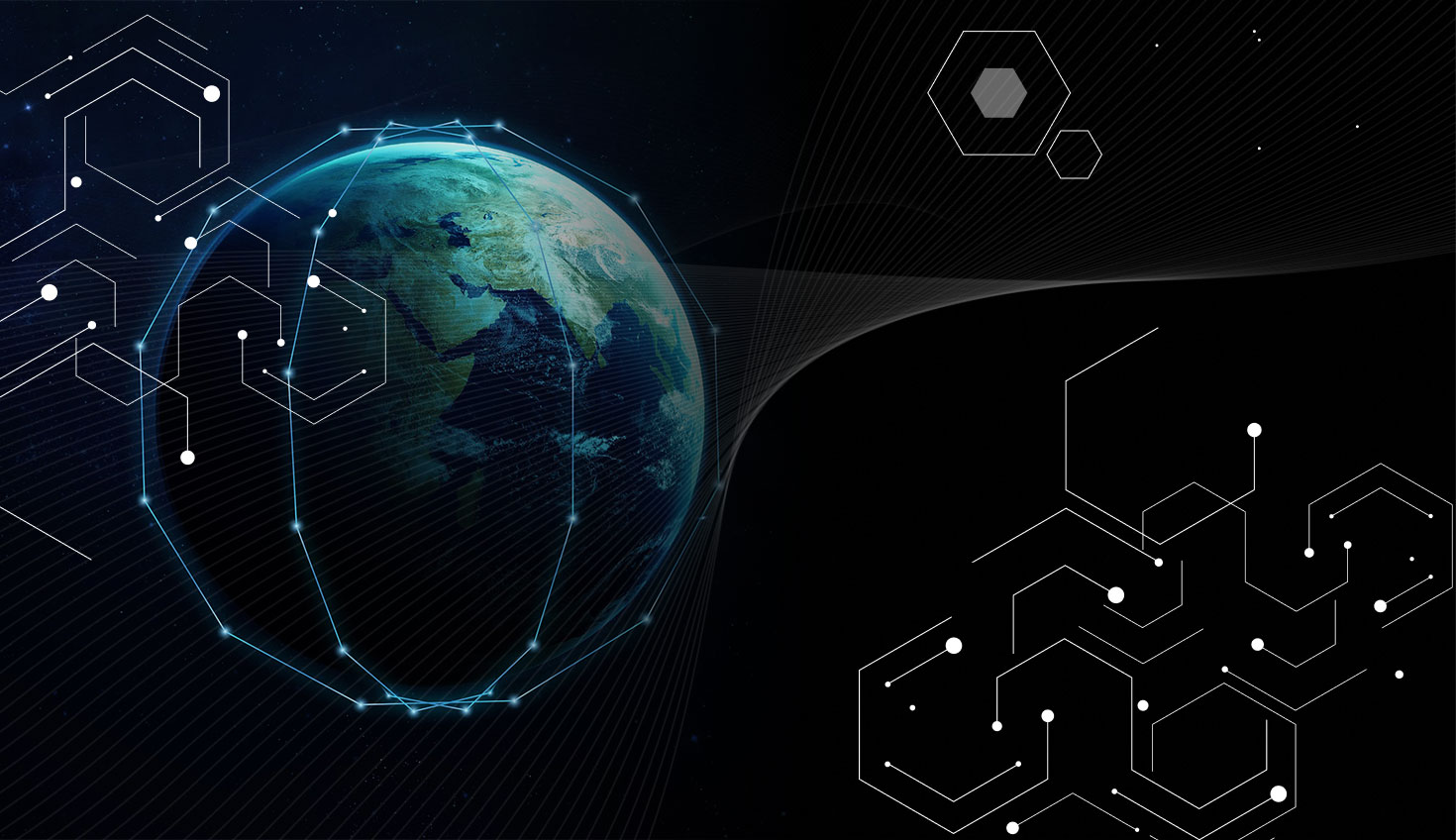 Imagine trying to binge watch your favorite shows on Netflix with the dial-up internet technology of 30 years ago.

That’s the scenario satellite users today face when trying to access large volumes of information from space. Commercial and government satellites are now producing a tremendous amount of observational data about the Earth – ranging from agricultural conditions and weather patterns to troop movements and energy infrastructure – but most of that data is slowed down to a trickle as it makes its way to the ground.

Weston Marlow, CTO of Boston aerospace startup Analytical Space, compares the situation to just before the widespread adoption of broadband internet. “Satellite users currently have to do a lot of acrobatics with their data. They have to compress it, they have to do computing on the satellite because they don’t have enough data throughput to get everything to the ground in real time.”

The daily volume of data generated by remote sensing satellites is estimated to be as large as the content archived by the Library of Congress. To give satellite operators access to more of this data in less time, Analytical Space is developing a satellite relay network of shoebox-sized CubeSats that will deliver the first secure and reliable high-speed data connection in space.

CubeSats are nanosatellites that are built in various configurations from 10 x 10 x 10-centimeter cube units. The tiny spacecraft were developed as a more cost-effective platform for space research. Analytical Space is deploying laser technology to transfer data to the ground at high speeds. 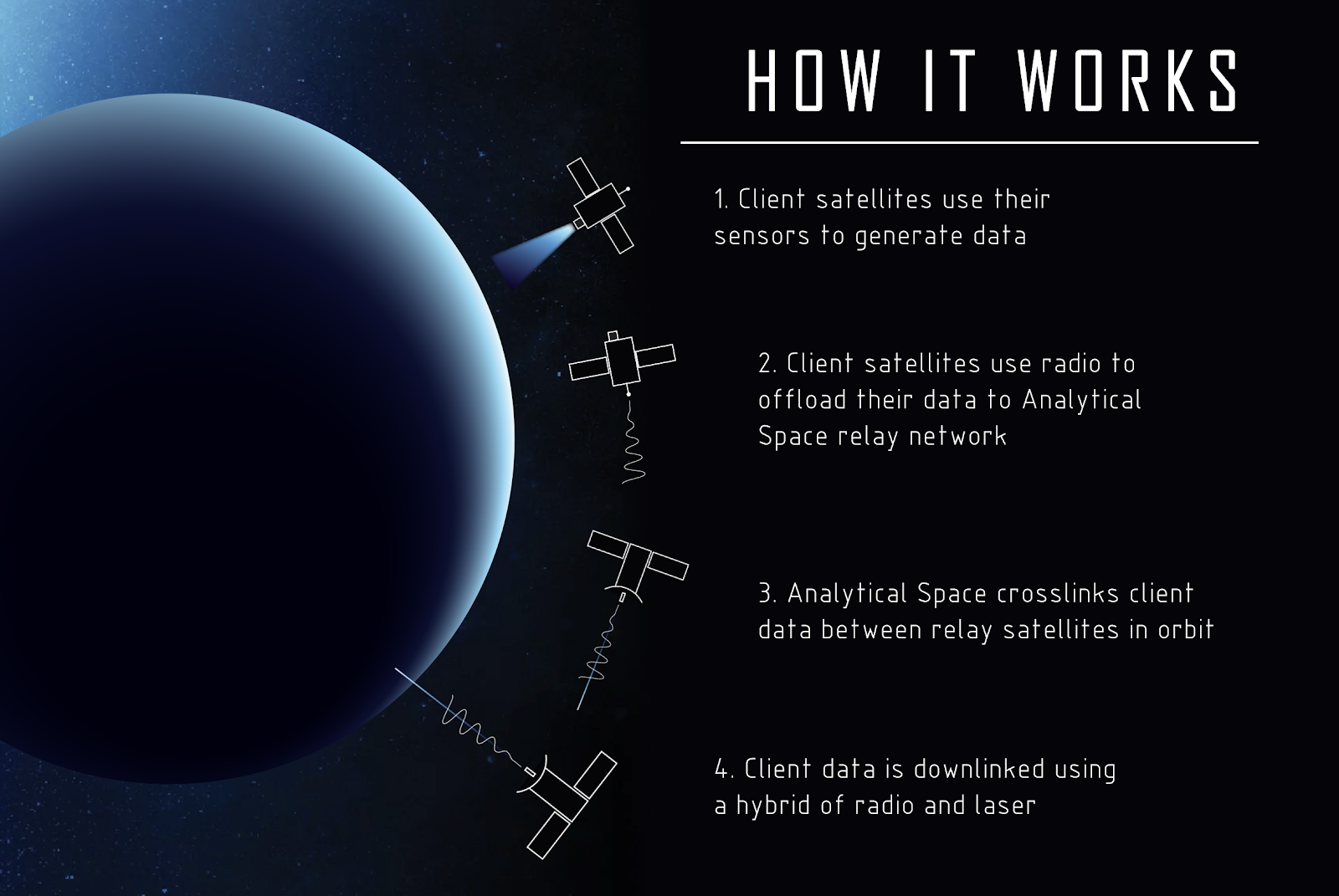 Analytical Space is developing a network of nanosatellites that will speed up the delivery of real-time data from space to Earth.

“Our mission is not to generate images, but to build the internet infrastructure 2.0 that will exist 200 to 300 miles above us. We’re building the data highways to significantly reduce or eliminate the current data bottlenecks in space,” says Marlow.

Analytical Space currently has two test CubeSats orbiting Earth: Radix launched in 2018, and Meshbed launched in 2019. The company was launched in 2016 and currently is headquartered at The Engine, an MIT incubator for startups in “tough tech,” focusing on aerospace, biotech, genetics and green energy. Analytical Space is now partnering with the U.S. Air Force, which awarded it a multiyear Small Business Innovation Research (SBIR) contract last May. 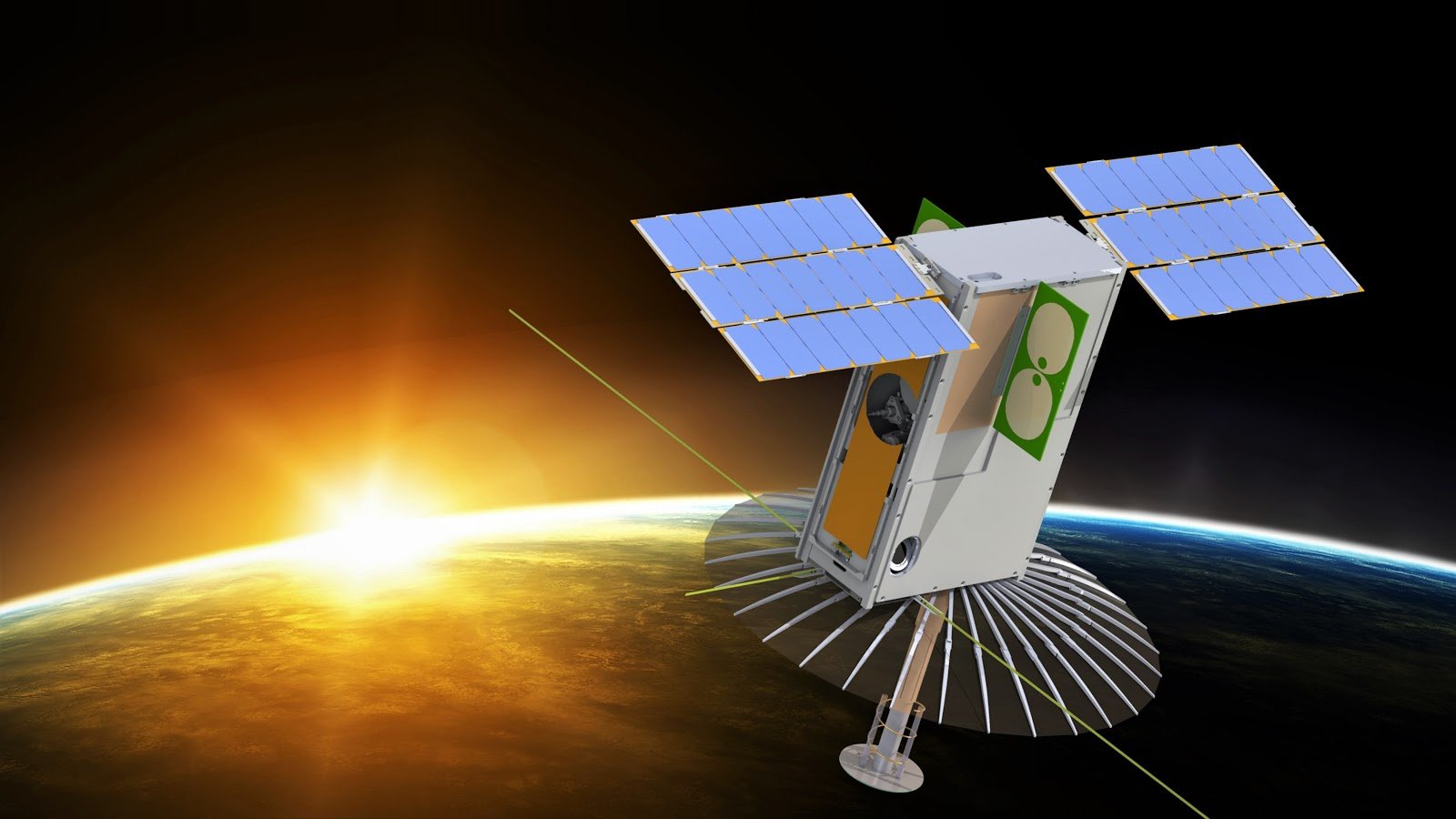 Analytical Space’s first test nanosatellite, Radix, is designed to receive data from client satellites as if it were a ground station in orbit.

Building the next generation of data transfer in space has a myriad of applications across many industries and government institutions.

“If we unlock the ability for us to get gigabits and terabits of information down to Earth easily, imagine what that will do for satellite developers, imager developers and network operators,” Marlow says. “And imagine how that will impact the planet that is suffering from climate change and these extreme weather patterns that are getting increasingly worse. We can improve our ability to warn people earlier to get out of harm’s way.”

“If you’re looking at high-resolution images to monitor crops, these are incredibly data-intensive images. And if instead of showing you just three colors per pixel, we can show you 40, the agriculture industry can be much more efficient with their placement of chemicals or water,” he adds.

“The exciting thing for me is that who knows what other new technologies this information will unlock,” Marlow says. “As the world changes around us and we face many more challenges from population growth and the usage of our limited natural resources, we need to be able to better monitor and respond to that.” 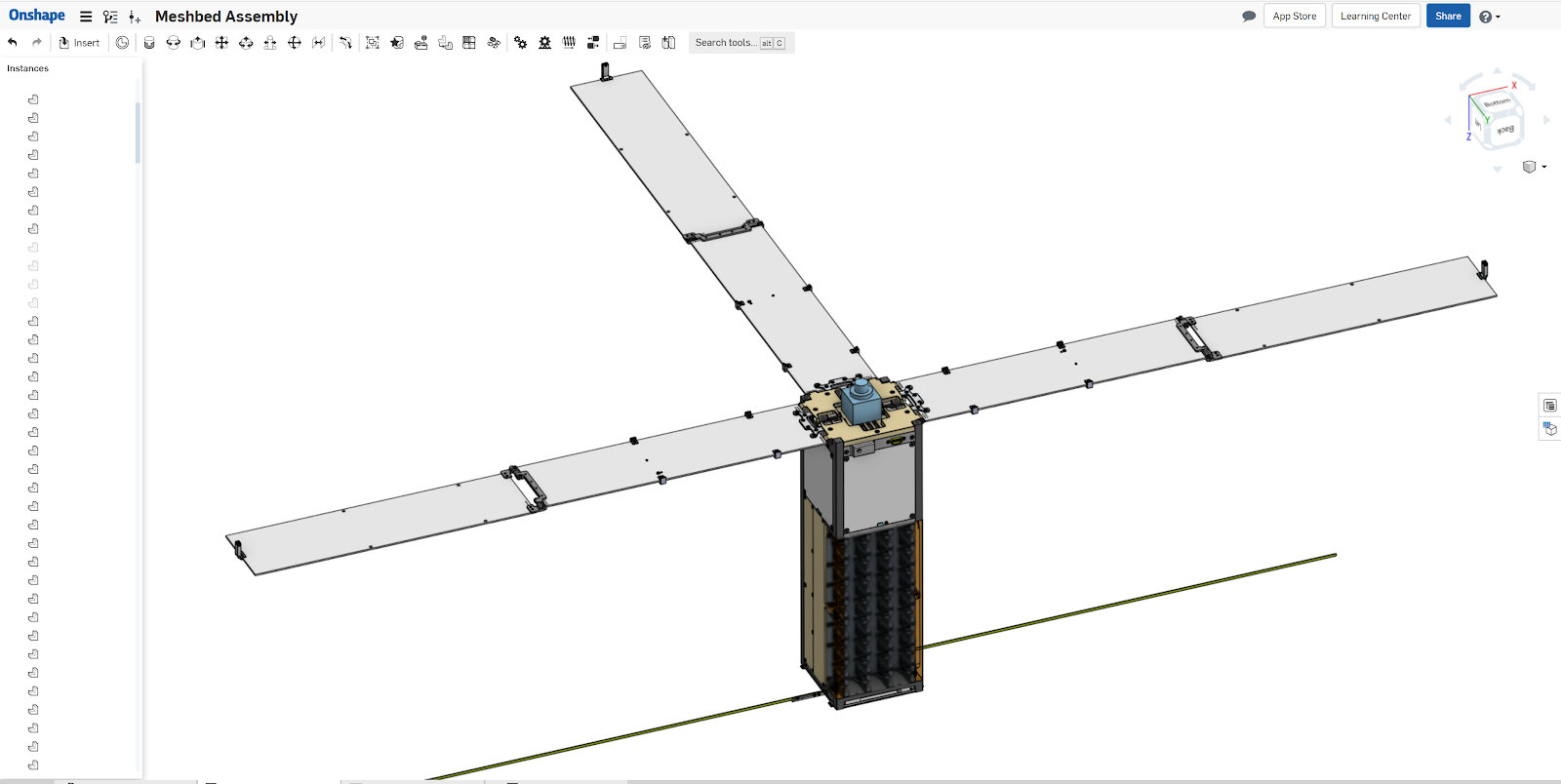 Because of their miniature size, developing CubeSats comes with its own unique design challenges.

“The thing we always run into is the lack of volume,” says Marlow. “With larger satellite systems, the jigsaw puzzle is easier. You have a big block of space that you can develop any widget or subsystem you need and just put it in the satellite. In a CubeSat, you don’t have that luxury. It’s like if you crack open your cell phone and see how absolutely everything is holistically designed. A chip fits within a notch that was designed into another component.”

“So with a CubeSat, everything nestles into itself, too. And with that comes the problems of heat dissipation. You have to get all of the power into those components, but that power radiates outwards and you need to direct that heat somewhere else. So as we pack in more capacity and more capability, energy generation is another problem. But from a mechanical and systems integration perspective, the biggest challenge is trying to make everything fit,” he adds. 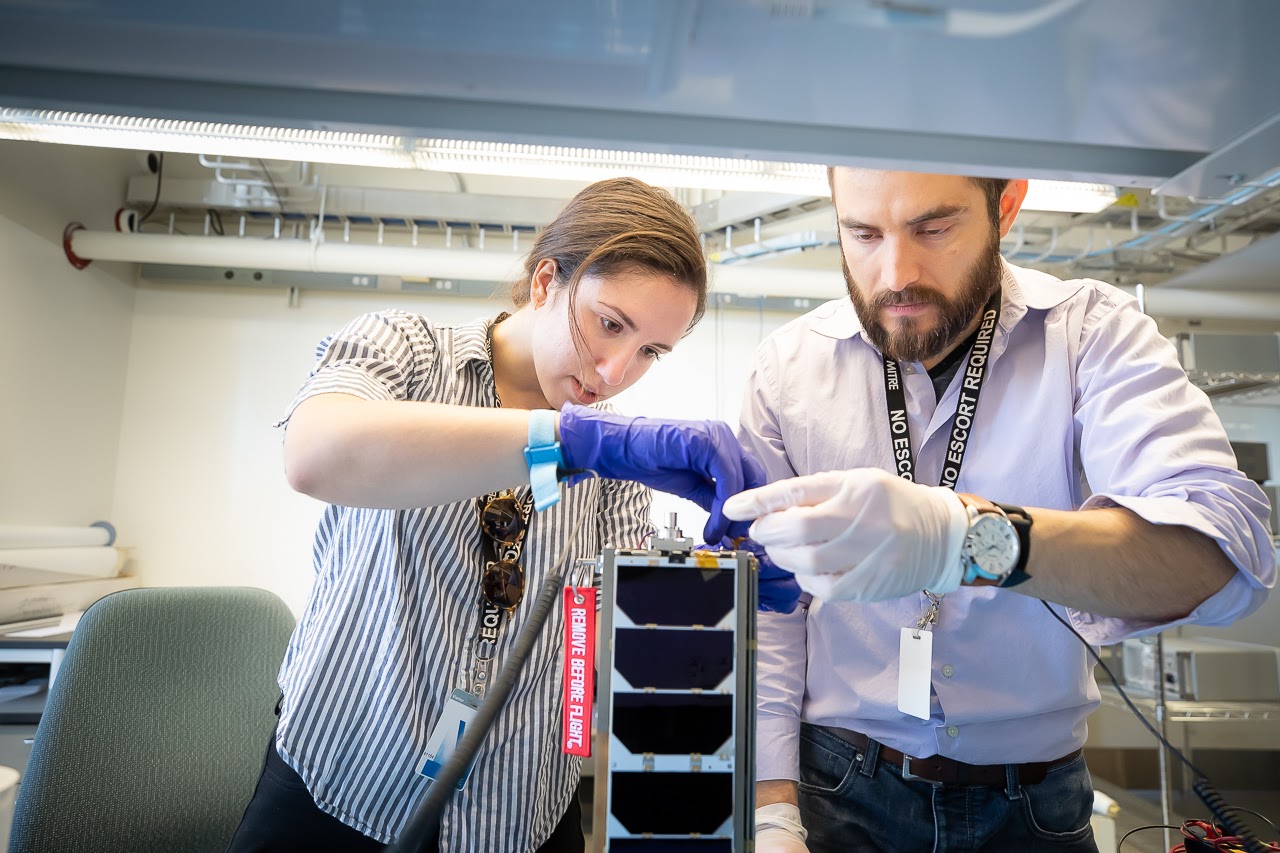 Analytical Space’s network of shoebox-sized satellites will use lasers to relay large volumes of data from satellites to the ground faster, allowing businesses, researchers and the government to act on real-time information currently delayed by data downlink bottlenecks in space.

“We had to contact engineers who were working in different locations and ask them which design was the most recent version, and if we didn’t hear back, we’d try to look at the date tag inside the Windows file manager and take our best guess,” he recalls.

“Then we tried to use GrabCAD as a file manager, which became a whole other nuisance because you end up with people not uploading at the appropriate cadence when they make a design change. Things weren’t updated and you’d be working on an older version.”

With Onshape’s real-time data management, whenever one engineer makes a design change, everyone on the product development team instantly sees it. A comprehensive Edit History also tracks who made every change and when, allowing engineers to easily return to any prior state of the design.

Marlow credits Onshape for helping his engineering team design the Meshbed satellite from scratch in only 45 days, compared to “months and months” of finalizing the first Radix design.

“Onshape gives you a new design philosophy where you don’t have to waste mental cycles worrying about your own file and folder hygiene,” he says. “You don’t have to copy anything. You just develop many ideas at the same time, test them, see what works, and continue developing. It’s very freeing.”

“Onshape saves us hours of design time on each project,” Marlow adds. “For a startup, that’s invaluable because every person hour that gets wasted is another hour away from putting another satellite in space.”