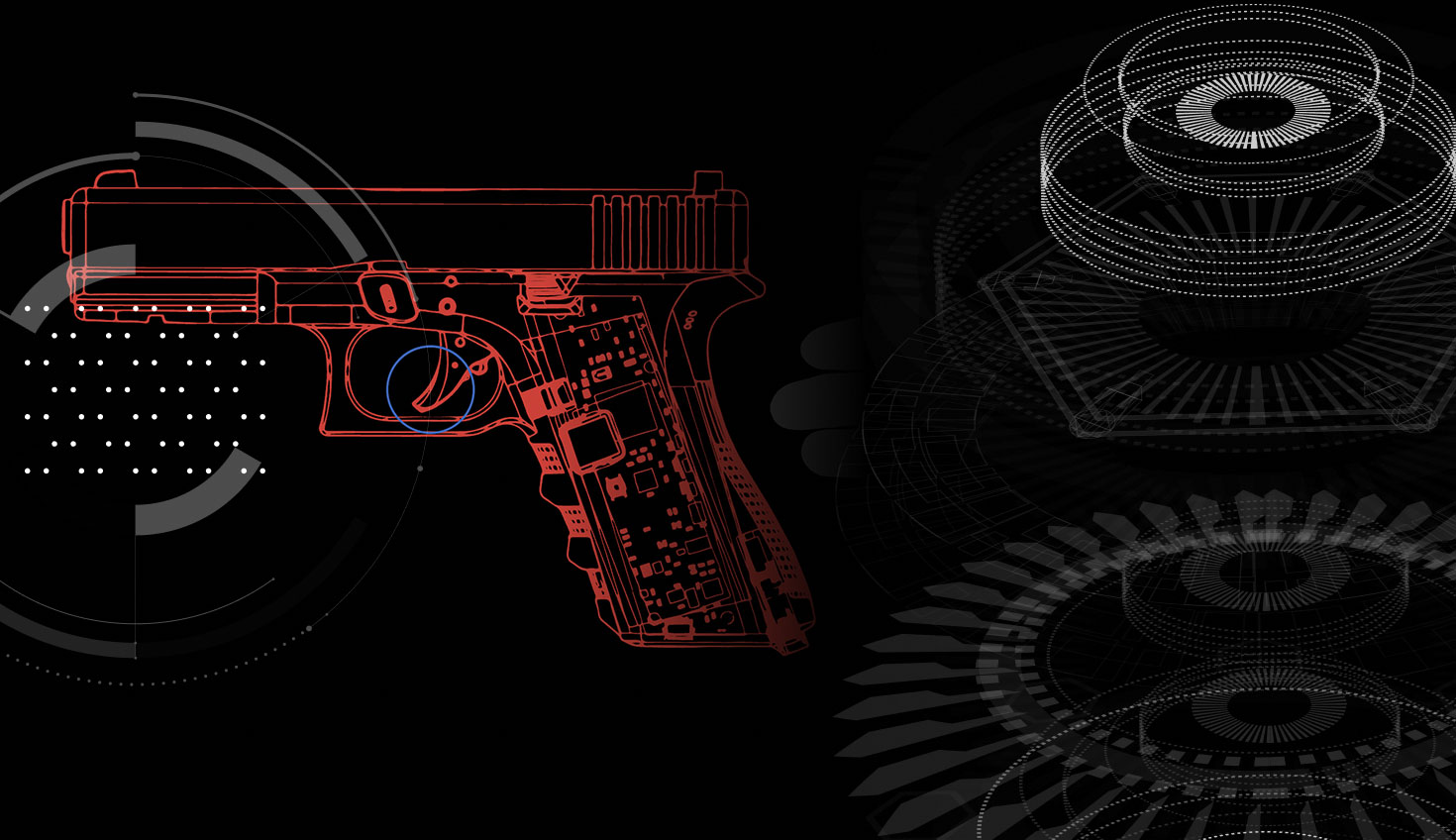 Smart Gun™: Engineering to Save Lives

Do you remember what subject you presented at your high school science fair?

His high school quest to design a fingerprint-activated gun – his academic prototype was not a functioning firearm– was pretty much a de facto full-time job back then. And it became Kloepfer’s full-time job officially in 2018, when he dropped out of MIT to found a startup, Biofire, to bring the technology to market.

Based in Denver, Biofire is developing its Smart Gun™ with advanced fingerprint sensors that ensure the weapon can only be operated by authorized users. The startup is designing its gun from scratch, versus integrating its proprietary biometric technology into an existing firearm model.

The Biofire Smart Gun™ can register multiple users’ fingerprints, but only the gun owner can control who is authorized to operate the weapon. (Image courtesy of Biofire)

“Our focus is the home defense market, so that people who want to protect themselves or their family can be confident that their gun will not get in the hands of a child,” says Kloepfer, 22, who was named to Forbes 30 Under 30 List when he was still a teenager. “Biometric products are completely seamless. There are no buttons to press or pin codes to remember. All you do is pick it up and it works when you need it.”

“The fundamental difference between what we’re doing and anything else that’s on the market is that our product is always locked by default. That means that anytime that the owner or a designated user is not holding on to it, the firearm will be unusable,” he adds. “This also applies even if the firearm is taken out of their hands. It’s locked within a fraction of a second as soon as it leaves their grip.”

“Our goal is to build a solution that can actually save some lives without getting involved in a gridlocked political debate,” says Kloepfer. “More than two-thirds of gun violence is a result of suicides and accidents. While we’re not going to be able to prevent 100 percent of those tragedies, we definitely could prevent a significant portion of them.”

According to Everytown for Gun Safety, firearm suicide accounts for an average of 23,000 American deaths each year, including 1,100 suicides by children and teens. More than 80 percent of child firearm suicides involve a gun belonging to a family member.

Everytown cited a Journal of the American Medical Association study that found that gun owner households that lock their weapons and ammunition in a safe reduce the risk of unintentional firearm injuries in children by 85 percent.

However, Kloepfer asserts that biometric safety technology is more effective than any gun safe.

“We’re developing a product that will be secure from unauthorized access regardless of where it is stored. It would be just as secure inside a nightstand drawer,” he says. “The problem with a safe is that you have to be able to enter the combination fast enough in an emergency to gain access to your firearm. Also, if you have a traditional gun outside of the safe and a criminal disarms you, you’re now in a situation that’s even worse.”

“But if an intruder steals your Smart Gun, it will become completely unusable. I guess they could throw it at you, but it won’t be usable as a firearm anymore,” Kloepfer adds. 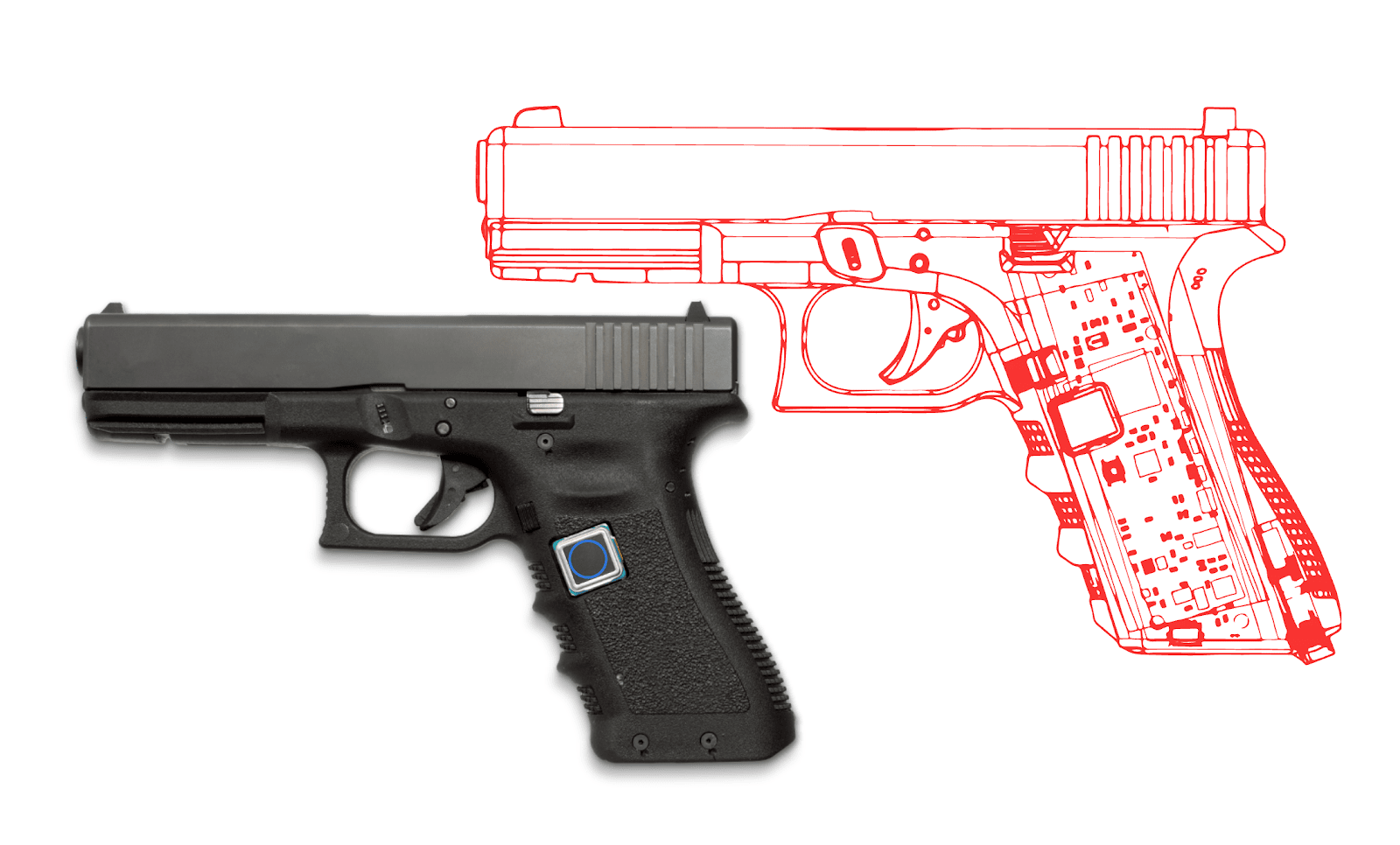 For the design of its biometric Smart Gun™, Biofire chose PTC’s Onshape, the only Software-as-a-Service product development platform that combines powerful CAD tools with data management and real-time collaboration. (Image courtesy of Biofire)

Because of the life-or-death nature of its product, Biofire’s biggest engineering challenge is the reliability of the biometric fingerprint sensors and the controls for instantly locking and unlocking the gun. Consequently, the product development team is making frequent design iterations and building rapid prototypes for testing the mechanisms under various conditions, such as temperature and moisture.

“We’re bringing in a lot of techniques and tools from other industries like automotive and aerospace for best practices in building highly reliable products,” says Kloepfer. “The flip side is that we’re moving very quickly and at the scale of a startup. Balancing those two directions is certainly a challenge.”

For the design of its biometric Smart Gun, Biofire chose PTC’s Onshape, the only Software-as-a-Service product development platform that combines powerful cloud-native CAD tools with data management and real-time collaboration.

“With Onshape, we are able to iterate extremely quickly. If we need to make a bunch of changes simultaneously, multiple engineers can go into the same design and make those changes. That’s something that is just not possible with traditional file-based CAD systems,” Kloepfer says.

Onshape’s real-time data management provides built-in version control without the need for an external PDM system. Everyone on the team can be confident that they are always looking at the latest version of the product design in a centralized and secure cloud workspace.

“Onshape gives us the ability to maintain multiple complex parts that all interlink and reference each other without having to devote a person to manage a PDM or PLM system. We have to move quickly with limited resources. With Onshape, the tools are in place where everyone can work together dynamically,” Kloepfer says.

“Onshape has made our team significantly faster. We’ve done entire product refreshes in 72 hours. Most of our mechanical team has a lot of previous experience with SOLIDWORKS. I’d estimate that doing that same refresh with a SOLIDWORKS kind of approach would take two weeks. So we’re roughly now five times as fast,” he adds.

The Future of Gun Safety

Kloepfer says that Biofire is strictly focusing on the home consumer market right now and has no immediate plans for developing smart weapons for the military or law enforcement.

“Developing products for those other markets would have significant differences, both from a price point perspective and a features perspective. If we try to build a product that works for everyone, it’s not really going to work well for anyone,” he says.

As for availability, don’t put your gun safe in the garage or attic just yet. Kloepfer estimates that the Biofire Smart Gun is at least two years away.

“Our long-term goal is to help drive the entire industry towards a more modern approach,” he says. “There’s been so little innovation in the firearm space over the past 25 to 50 years, there’s a tremendous opportunity here to make guns safer.”