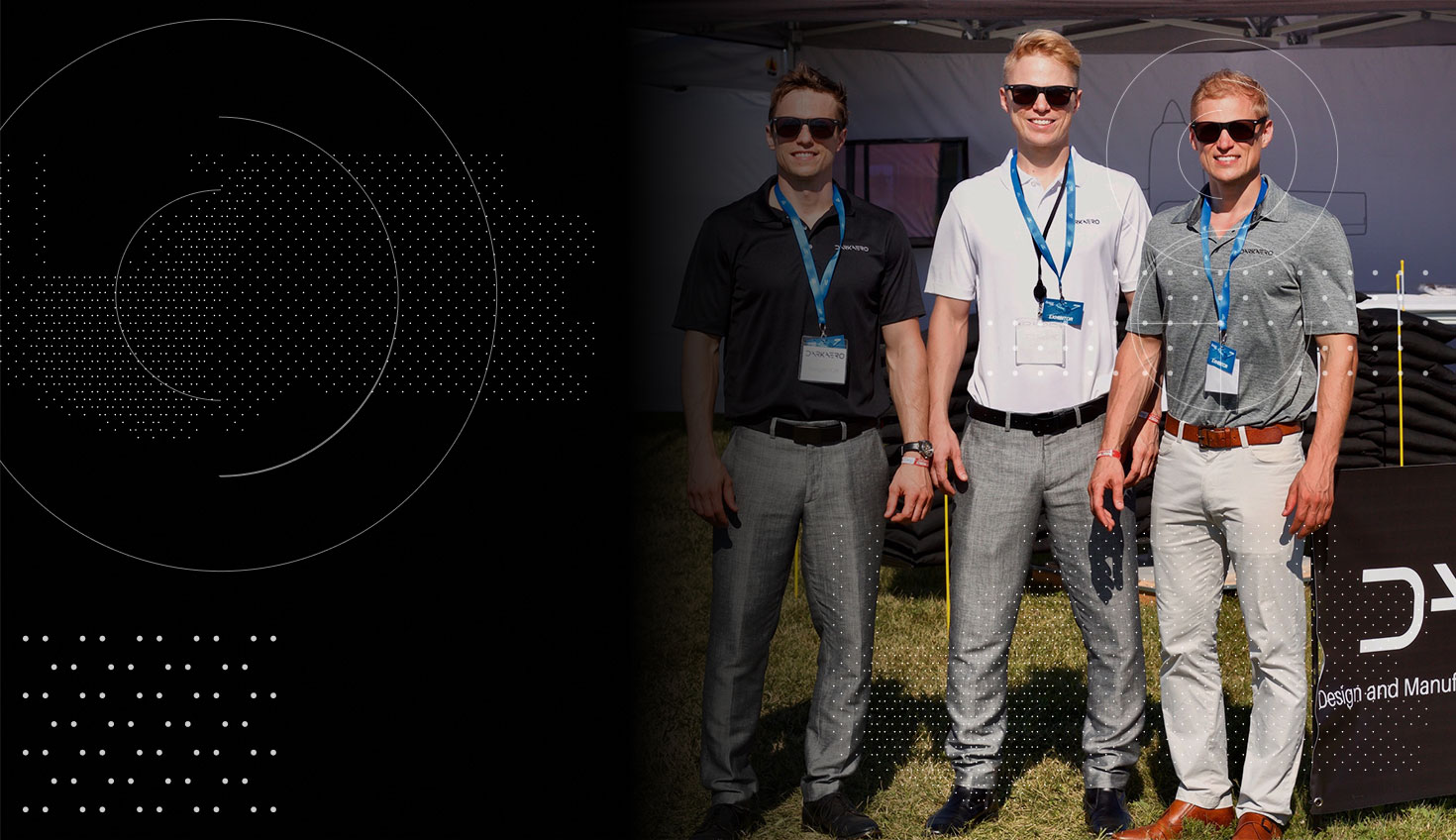 Why an Aviation Startup Chose Onshape

It might be a stretch to claim that Onshape brings families closer together, but that’s a fair assertion for the engineering-focused Karl brothers, who pursued divergent career paths at the University of Wisconsin-Madison. From left to right in the picture above, Keegan studied mechanical engineering, River chose computer/electrical and Ryley chose aerospace.

While working at three different companies following graduation, the brothers collaborated on a fourth gig: Aiming to develop a new experimental kit aircraft that pushed the limits of speed, range and efficiency. Their shared hobby became the DarkAero 1, a two-seat carbon-fiber aircraft leveraging the latest tools, materials and technology.

As for the technology, Onshape played a key role in convincing the brothers it was time to leave their full-time jobs and launch their own startup.

“When we were first starting out, we were all kind of moonlighting at night,” recalls DarkAero CEO Ryley Karl. “I traveled a lot for work and there were a lot of times when we’d have design meetings with Onshape up on our screens and Skyping each other: ‘Hey, this is what I’m thinking for the landing gear or the flap actuator.’ We could collaborate easily no matter where we were.”

“DarkAero is not only striving to build faster and more fuel-efficient planes, they’re also aiming to deliver sleek aesthetics – like a sports car in the sky,” says Onshape co-founder John McEleney. “We’re proud that Onshape is playing a role in helping DarkAero push the limits of recreational aviation.”

“As an aerospace engineer, I’ve worked with NX, Pro/E, and SOLIDWORKS in my career. I quickly realized the advantage Onshape provides for modeling aircraft,” Karl says. “For top-down design, the Multi-Part Part Studio felt much easier and more efficient to me. It makes sense to simultaneously work on the plane’s shell, ribs and structure.”

In Onshape’s Multi-Part Part Studio, all parts related to one another are designed together in one place, instead of the traditional file-based CAD approach of bouncing back and forth between individual part files. By defining common features and inter-part relationships in one place, engineers can ensure that the results of their design changes are predictable and robust.

The DarkAero 1 uses a unique structural approach called the “Hollow Grid,” an arrangement of CNC-cut, carbon fiber and honeycomb sandwich panel ribs and shear webs. All the compression, tension and torsional loading is carried through the outer skins, while the Hollow Grid helps the skin maintain its shape and prevent buckling.

Although the Karl brothers now all work in the same office where they can look over each other’s shoulders, they’ve found Onshape’s real-time data management to be no less important.

“When I was using SOLIDWORKS, it was especially frustrating to manage part files. Even when you know what you’re doing, there always seems to be issues when you update or change something,” Karl says. “Your parts would fail if you didn’t rename them correctly. Onshape has a much more streamlined and trouble-free approach. Using Onshape has just been a no-brainer for us.”

To learn more about why DarkAero switched from SOLIDWORKS to Onshape, watch the video below: