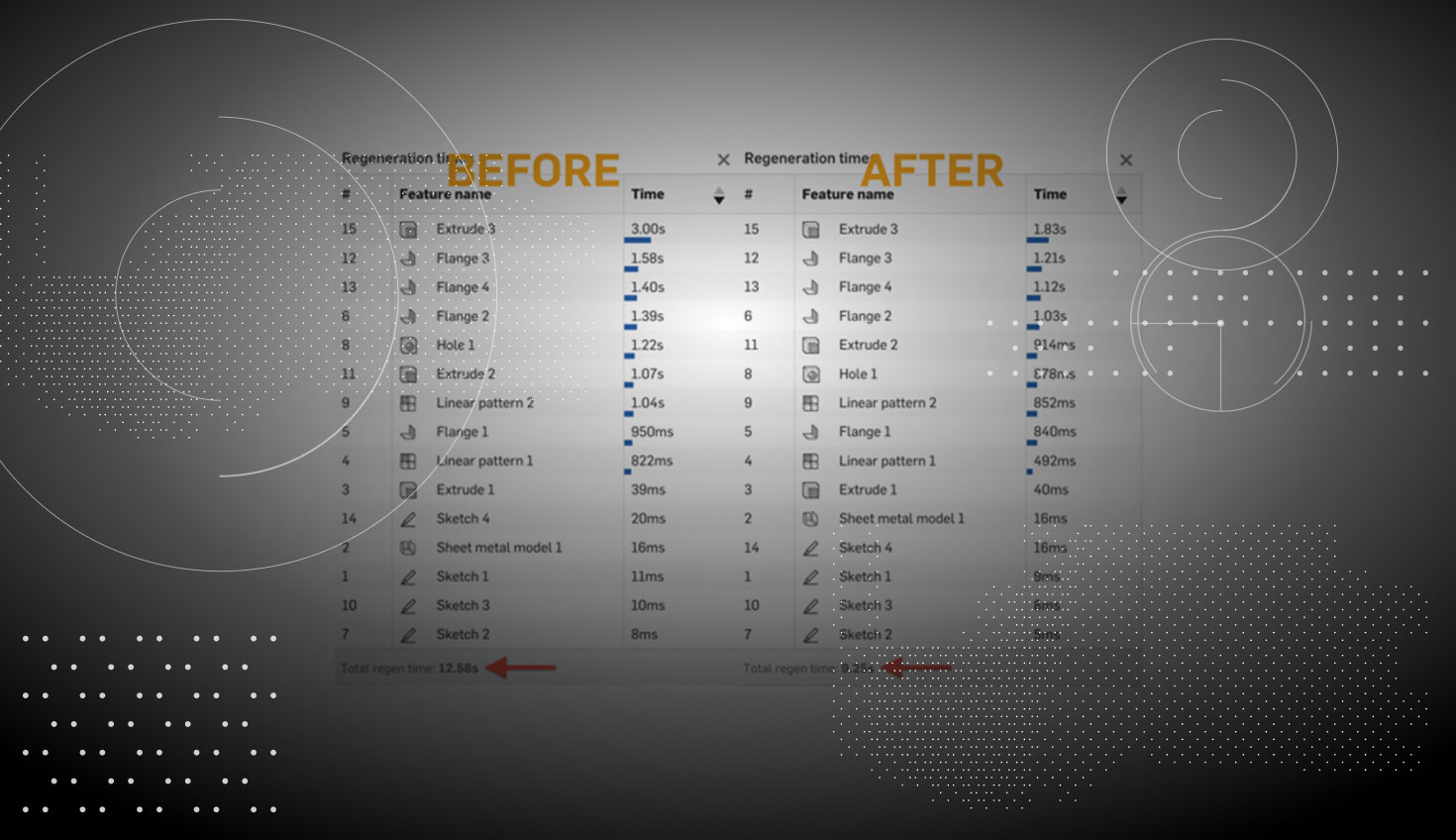 It has been 3 weeks since our last update and here we are again with a new set of improvements. We’ve added new features as well as major performance and usability improvements. Let’s take a look.

You can now reorder multiple features in the feature list at once. Simply left-click each feature that you want to move, and drag them to their new position in the tree. In the past, this was limited to moving one feature at a time. Major improvements have been made to the Onshape Learning Center. The most noticeable improvement is the new, more intuitive interface with better search features. This also includes a new Learning Pathway dashboard that makes it easier to track your progress. New videos have also been added to Onshape Assemblies and Document Management courses. Finally, two new Learning Center courses are being added: Part Configurations and Advanced Configurations.

Improvements have been made to the Help homepage. These improvements include a new tiled interface that makes it easier to navigate.

You can now change existing parts or assemblies to a revision in both the assembly and drawing. This means you can now change to all stages of the workflow, from the active workspace, to a version, and finally to a release.