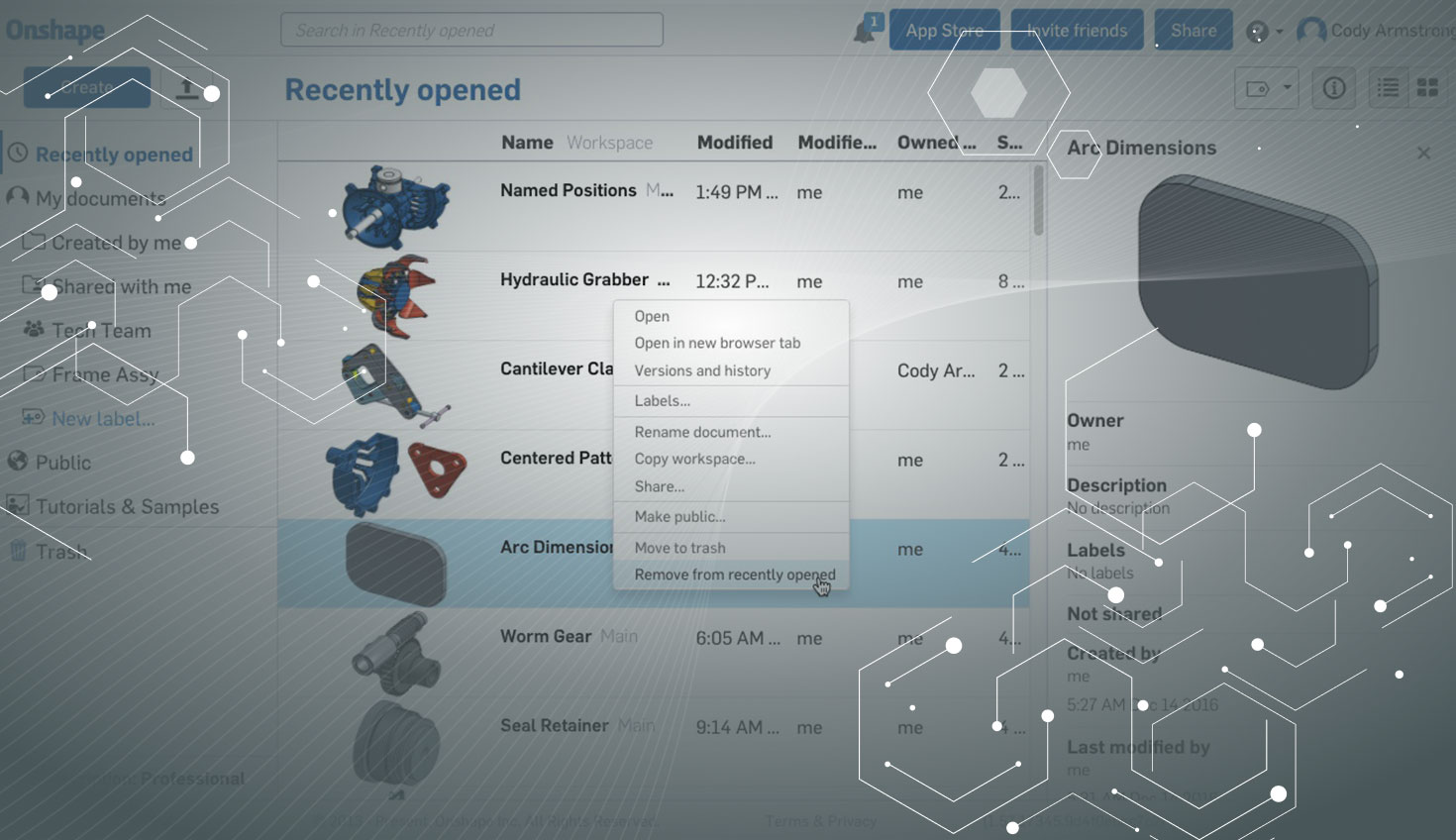 It’s a new year and we are starting it off with some big new enhancements. Let’s dig in, starting with one of Onshape’s most highly requested features!

This new functionality allows you to create and/or edit parts in the context of the assembly. Onshape’s approach to in-context design is more stable and more robust than that of a traditional file-based CAD system. Your design doesn’t break with every small movement of a part in your assembly, and you have the ability to update at any time.

Named positions make it easy to capture the position of parts in your assembly and return to that position.

You can now remove Documents from your Recently Opened Documents list.

Editing tables has been made easier with a change to the edit table toolbar. Now the toolbars for editing cells and editing the table have been combined into one.

Extension arcs will only be created on arc dimensions where it is not possible for the arrowhead to touch the geometry.

When exporting a drawing to PDF, there is a new option to save the PDF with "Selectable" text. This makes the text in the PDF selectable and also searchable.

Labels now appear in the Insert dialog when browsing to other Documents. 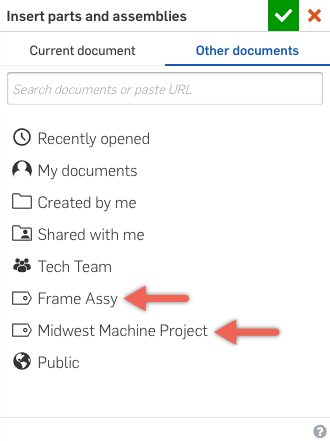 If you link to a Document, then later move the tabs associated with that link to a different Document, you will now have an option to update the link to the new Document. 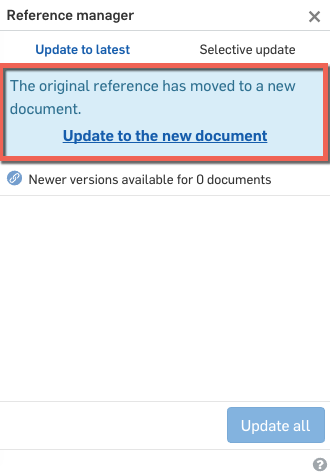