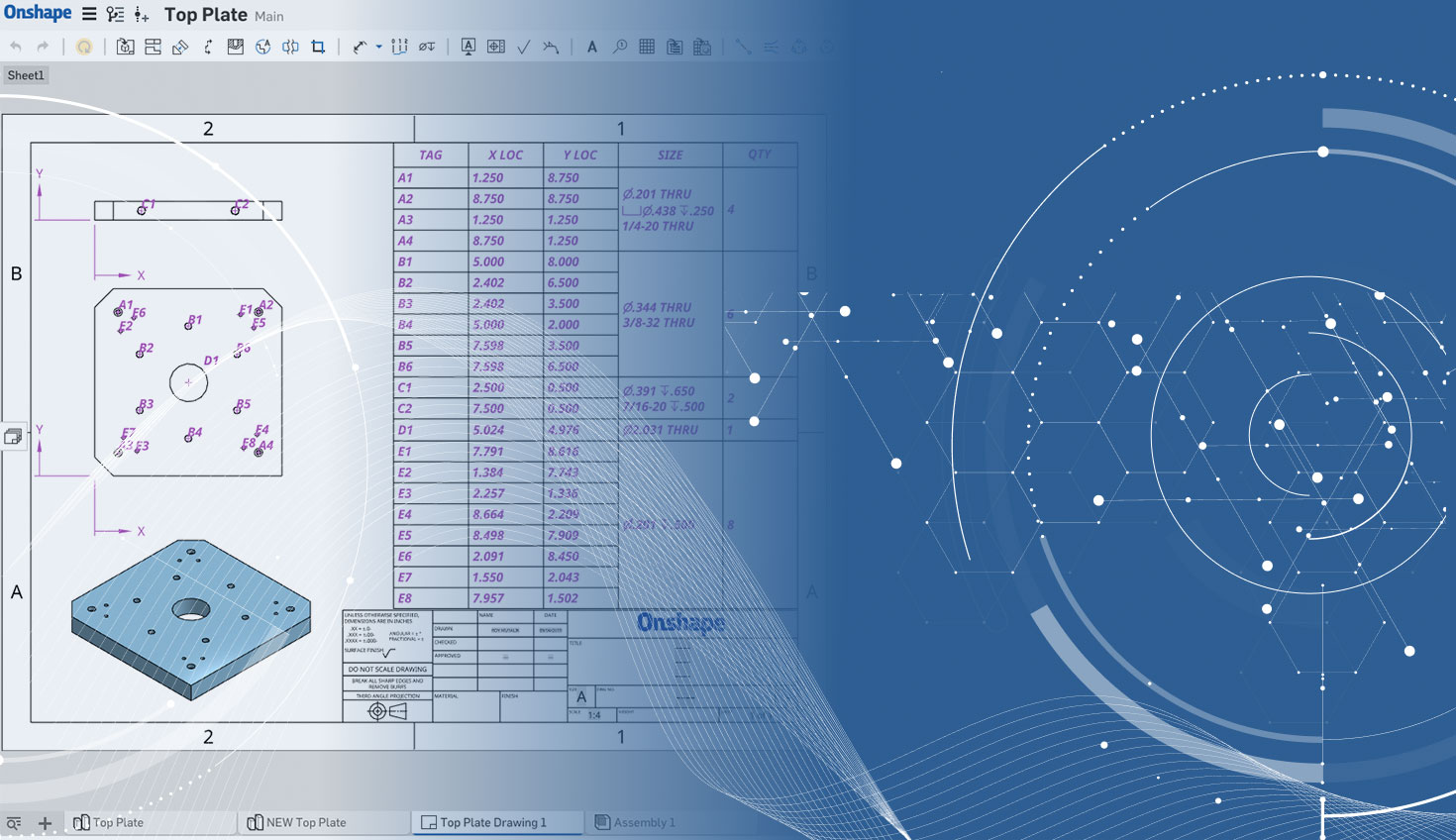 You can now create Hole Tables to show on your drawings. With this release, you can now replace a model reference on a drawing even after views have been created.

There are many use cases for this functionality. Some include: 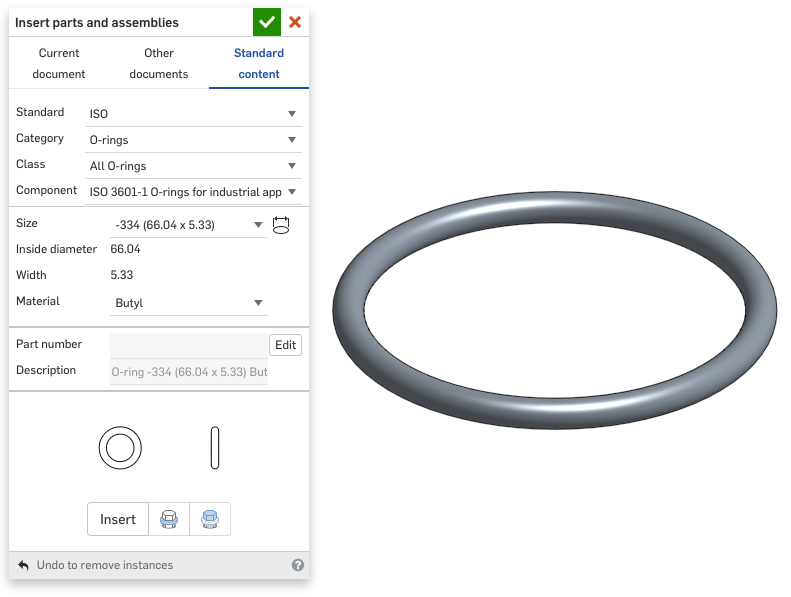 You can now dynamically change the units of imported mesh data. The changes automatically update, resizing the mesh in the Part Studio where it was imported.

A few releases back, we introduced the ability to select an entire sketch as a reference for a Hole feature. The Hole feature parametrically updates if vertices are added or removed from that sketch.

After receiving feedback from many users, especially on the Onshape Forums (thank you!), we have made some additional improvements. Most notably, certain points from the sketch will no longer be automatically included in the selection. These points include:

Note that any of these points can still be used as a reference location for a hole if selected manually in the Hole feature.

We would like to take a moment to thank our active and vocal users for providing us with valuable feedback. We'll promise to always listen, and continue to make Onshape better together!

A Standard Content Appendix has been created in the Help documentation. Help is searchable, so you will be able to easily find the appropriate hardware without having to dig through the Standard Content Library from the "Insert" feature in-app.

You should expect to see improved performance and responsiveness when dragging, snapping, and generally navigating tables on Onshape Drawings (General Tables and Bill of Materials).

You may now enforce a minimum Part Number length of up to 10 digits. 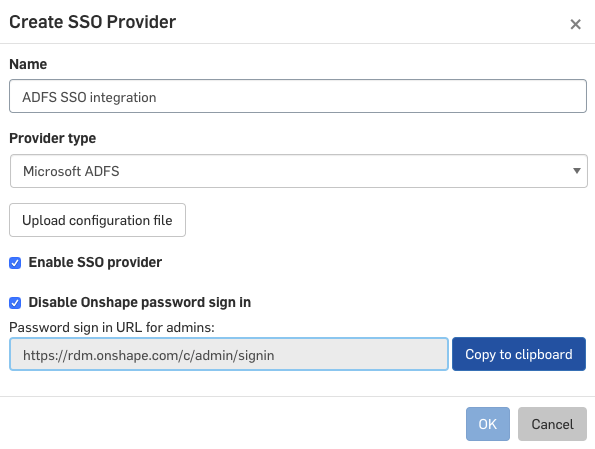 A new Tech Briefing has been published on how to manage items as a company admin, and add items to your BOMs as a company member.

Remember: The updates listed here are now live for all users when creating new Documents and over the next few days, these features will also be available in Documents created before the date of this update.