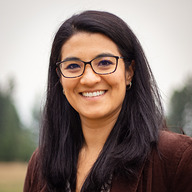 How do 14 students from a rural community in northeast Washington State manage to build a 120-pound robot in 8 weeks for a FIRST Robotics competition? Well, it’s messy and never linear but, in the end, we got there one small step at a time.

Nine years ago, I jumped into the world of FIRST Robotics searching for a way to help students engage with big problems that have an infinite number of solutions. I wanted to create learning opportunities where students could authentically engineer, make mistakes, learn well beyond a typical classroom, and be required to collaborate for success. Early on, we struggled to organize student design ideas and manage the development process required to build a complex robot. This led to a lot of wasted time, wasted materials, and delays in our timeline. Over time, we have found a student design process using Onshape that not only elevates their designs but, also clearly teaches an engineering process along the way.

We have now been using Onshape for five years and have never looked back. Honestly speaking, we made the switch wondering if we would be able to accomplish as much as we had before with the previous CAD system. But we found a remarkable increase in student participation and production. More students now have a direct hand in designing parts. Every student (and mentor) has an accurate picture of the final robot and a unified vision for the robot, which is a huge priority when time is short and many minds are involved. Most importantly, it has helped us create a process and system of organization to support a typically chaotic and fast-paced season.

In our ninth season and coming off the heels of pandemic-related closures, our students wondered if we could manage to come back together as a solid performing team like before. Confidence in the program was at an all-time low and frankly, the student's confidence in themselves was not much better. Because of an almost two-year stop to in-person meetings, most had never touched Onshape before except for four returning students.

To get back into gear, last fall we launched into a top-down approach to design. Each student on the team joined a scavenger hunt lesson from the Intro to CAD curriculum to build confidence in moving around models within Onshape. This is a huge barrier for students the first few times they try to model. With the scavenger hunt, students were flying through models with no problem and it never occurred to them how much they were learning!

After getting comfortable with Onshape, students were given a crash course on sketches and extrudes. Keep in mind, at this point we were focused on building confidence in modeling and not pushing constraints. With a little know-how on making solids, we tasked them to build a fun robot using the MKCad app, which is available through the Onshape App Store. It’s a free-form lesson and allowed students to get their big ideas on the screen. A little open-ended modeling can help students feel empowered by CAD, not overwhelmed.

After kicking down the proverbial CAD modeling door, students were shown some specific courses in the Learning Center that could be done at home and build additional skills. These were the CAD Basics and Onshape Fundamentals Learning Pathways, which I highly recommend for onboarding new Onshape users.

With eight weeks left until the competition, students continued to utilize the MKCad app within Onshape to build the drive base that would fit the year’s competition requirements. They also used Julia’s FeatureScripts to make tubes, gussets, and more. For this season, the students decided to make a robot that could pick up two balls and pop them into the lower goal of the field, which is about 3.5 feet above the floor. We knew we didn’t have a big enough team to tackle every challenge on the field and wanted to narrow our focus on a high-quality build.

Hand sketching is always a good place to start with students. They need to put their ideas down on paper and make sense of the problems they have to solve. However, we quickly got them into Onshape and modeled prototype systems long before we designed the rest of the robot. Our students designed parts to cut on the laser and rapidly tested various configurations of materials, ball compression, height, and shooting angles. In the example below, another rapid prototype was made to test compression on the ball. The students were so inspired by their intake and realized this could also do some shooting.

As ideas take shape, students often find themselves stuck and aren’t sure what to do next. This is where mentors capitalize on the collaborative nature of Onshape. Mentors can open the same document, and work side-by-side with students to help establish important geometries and identify necessary constraints. These are wonderful teaching moments and give students a view of what some math and engineering can do! The student intake prototype needs a pivot point! How do we figure out where it can go?

With easy collaboration, we were able to iterate through design after design.

As we worked on the idea of the intake and shooter as an all-in-one device, we realized we needed to control the catch and release of the ball. While our students had ideas on how to make this work, no one felt confident enough to modify the existing geometry and make bigger changes to the existing work. (Common worry: What if I break something?!) Making a part is one thing but coming back and editing that part is a whole new world for students who are still wrapping their brains around design intent.

So, we gave them the ultimate safety net and made a branch for the new idea. The students decided to incorporate the geometry of the game ball to design a part that would wrap around and hold the ball as well as push the ball back out. The students were pleased with the new design so we merged it back into the main branch.

Design iterations through a catch and shoot mechanism for the intake.

This idea was getting better and better. However, it still wasn’t a very stable device. On to the next few iterations! Feeling like we finally nailed the intake, it was time to compete. Our team attended the PNW Yakima District event, finally fit our bumpers, and hit the practice floor.

It is so exciting to see something you designed actually do what it was designed to do!

The perfect robot was short-lived. As the competition began, parts started to break and design flaws came up. As seasoned mentors, we have seen this so many times before. It’s an important part of the learning process and we couldn’t have been happier with the change we saw happening in our students. Watching their robot perform well and not so well, our students recognized the need for some improvements and stepped up. They began problem-solving, communicating, and most importantly, their confidence bloomed.

In general, all students downplay the efforts that go into large projects. It’s easy to get stuck thinking about how it could have been better. That’s why it’s important to visit their first ideas every now and then to see where they started and how far they’ve come. We want to celebrate the iterative design process and take a walk down memory lane by browsing the versions of the robot document. Not only is it healthy to take time to reflect but also to realize how incredible the work is and recognize accomplishments. There’s a lot of work represented here. It doesn’t do it justice.

We can hardly believe the improvement and boost in confidence we saw in our team. This change wasn’t won easily.

As I said, learning is messy and never linear. But, helping students find their voice and confidence while navigating a big problem makes it worth it. Onshape helped us make this happen. Just by quietly being there, keeping track of every change, allowing powerful collaboration, and being everywhere our students were in remote Washington State.

It has and will continue to be a tool that helps my students learn collaborative problem solving and also gently reminds them of how far they’ve come.

Get started with Onshape and join millions
of students and educators worldwide.