“When will you have sheet metal?” is a question I used to hear nearly every day. I’m very happy to say the answer to that question is right now! As with everything in Onshape, our approach to sheet metal is revolutionary.

Create and edit sheet metal parts with folded, flat, and table information in one simultaneous view. When creating an extrusion up to next, face, part, or vertex, you can now specify an offset. If you are trying to create a sweep or a loft and there is a problem, like self-intersecting geometry, Onshape will now highlight it in red. When you select or edit a Mate, you can now modify the dimensions on-screen to position your parts more accurately. You now have control over the number of decimal places displayed in sketches, parts and assemblies. When you add a dimension in a drawing, the geometry you select now highlights. You can now see if your custom FeatureScript feature is working as expected without having to leave the Feature Studio. CHANGE INSTANCE FROM WORKSPACE TO A SPECIFIED VERSION

When you derive a part from one Part Studio into another or insert a part into an assembly from the same Document, you can now specify if you want to use the part as it appears in the Part Studio and have it update at the same time. Or you can specify a particular Version to use.

When you insert parts into an assembly, Onshape will now give you tooltip feedback if there is a problem before you insert it and after it has been assembled. 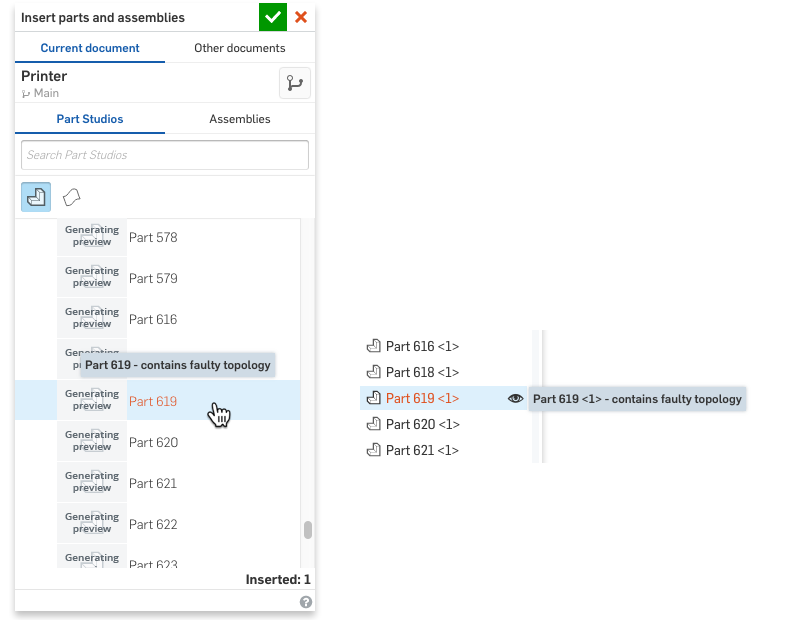 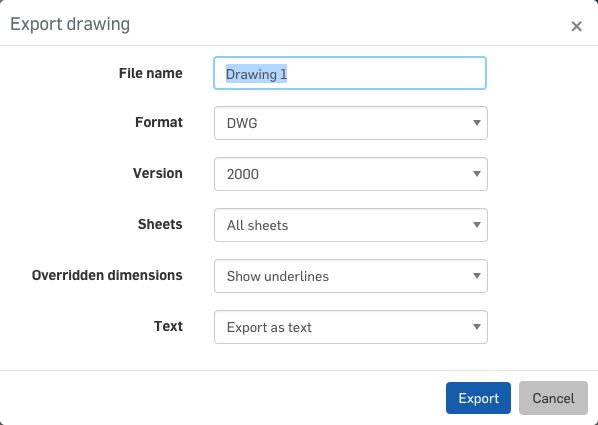 Have an idea for a new feature or improvement in Onshape? Use the Feedback tool under the help menu in Onshape and let us know what’s on your mind.