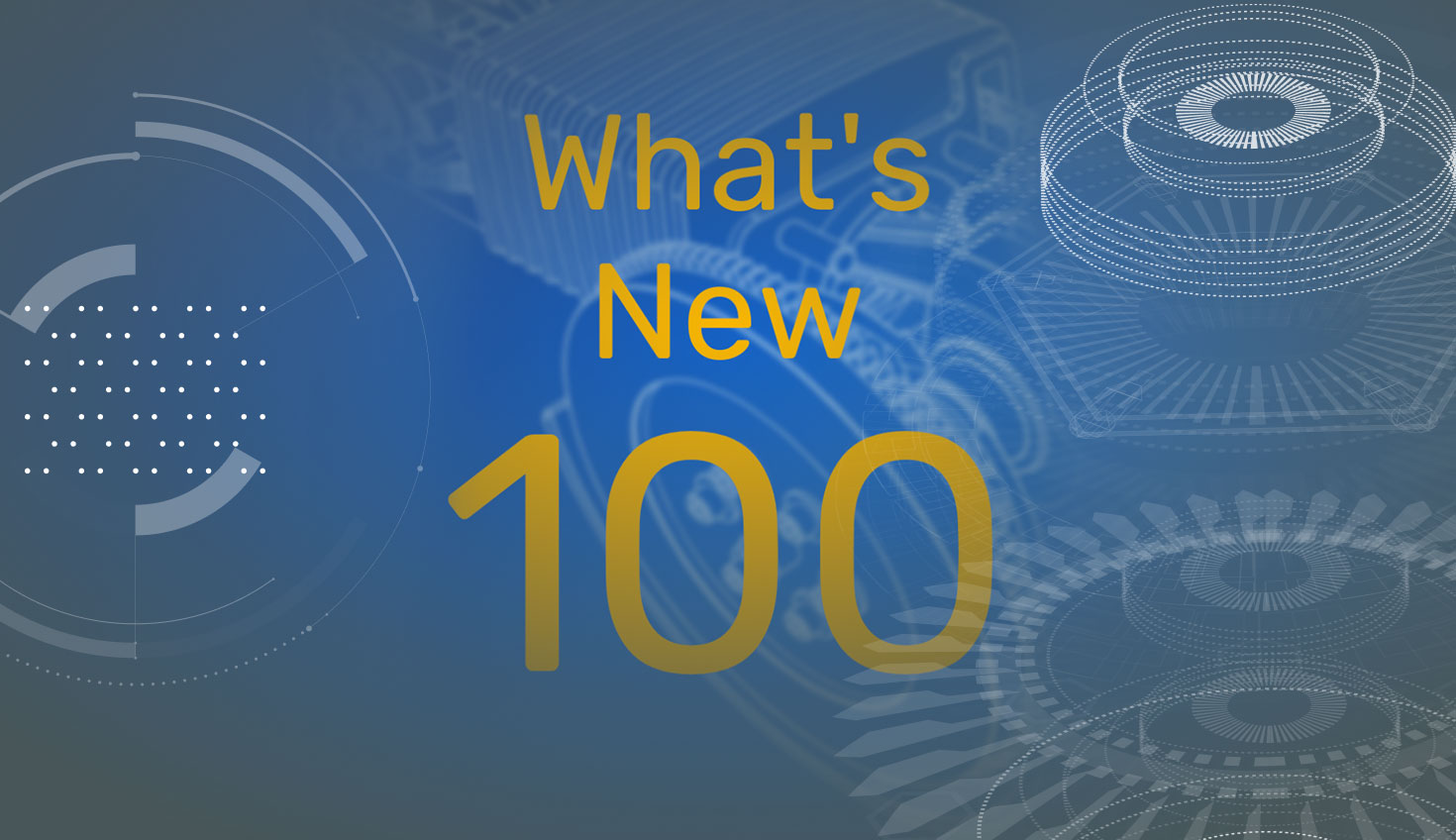 Why Automatic Upgrades Are Such a Big Deal

Human beings are fascinated by the number 100. History is broken down by centuries, with museums, governments and media offering commemorations of important events on their 100th anniversaries. There’s the Billboard Hot 100, which tracks the most popular songs, and countless “100 Places to Visit Before You Die” internet lists. So forgive us if we’re overly excited about this week’s 100th release of Onshape, packed with the usual assortment of new features and improvements.

To me, the number itself is an arbitrary milestone. We haven’t finished a long-distance race. The automatic product updates will still keep on coming. The thing worth recognizing here is the steadfastness and laser focus of Onshape’s development team. They have been delivering – and will be delivering – a design software goodie bag every three weeks. Again and again and again.

Onshape is the only product development platform that provides automatic upgrades in the cloud that require no installation or other laborious tasks for your IT department. Regularly announced in the Onshape Forums and in “What’s New” blog posts, the releases include new Release Management functionality, collaboration tool enhancements, CAD features, improvements to user interface and performance, bug fixes, and updates to Onshape Drawings and FeatureScript (the open-source programming language to create custom features).

“Our development team has its own roadmap for future product improvements, but Onshape highly prioritizes and quickly acts on our customer requests for new functionality,” Paul Chastell, Onshape’s Vice President of R&D, noted earlier this year. “We’re proud to meet the challenges of product design teams using Onshape to improve communication and speed up their time to market.”

As Chastell writes in his recent blog, “Why Cloud CAD is Faster Than Desktop,” Onshape’s updates are non-disruptive so you can just keep working. Our cloud platform spins up hundreds of new machines with the latest software update in parallel with the old machines and manages the flow of customer traffic from one “lane” to another.

Your experience as a customer? Always the fast lane.

When the platform updates, you’ll experience zero downtime. Plus, since Onshape’s safe and continuous deployment automatically tests every CAD model against the new software version, you shouldn’t have to spend any time fixing broken designs.

Who Cares About Onshape’s Automatic Updates?

“The frequent updates are great because of the increased functionality and performance, but they represent far more than that,” says Michael Bromley, COO of Voxel Innovations, a machining technology company serving the aerospace, energy, automotive and medical industries. “Onshape continually listens to its customers to ensure their most important issues are attended to and amazingly, they routinely deliver solutions.”

“I have been an Onshape user for over three years and I am still not sure how the pace of improvement is maintained without any interruption in the existing service,” he adds.

“The great thing about Onshape is that if I put a ticket in (for a feature request or bug fix), maybe one of the next updates will have it. I don’t have to buy a new version of the software to get that,” he says.

“The thing I like about Onshape updates is that they just happen,” adds Germain Racing Crew Chief Matt Borland, who regularly competes on the NASCAR circuit. “The updates are just there. The next time you log in, everything works. It seems like everytime you log in, there’s something a little bit different, a little bit better.”

For Glanzner Dynamics, a Germany-based design and engineering firm, it’s all about reclaiming lost time. Owner Sebastian Glanzner details the steps of upgrading the file-based CAD systems he’s previously used for his business:

“At my old job, I once participated in such an update and it took us three weekends until worked correctly,” he says. “Every Onshape update is so much better. The user doesn’t have to worry about software compatibility or that everyone has to check in their files before the update can start. No time is lost.”

Have You Ever Been Forced to Upgrade Your CAD or PDM System?

Have you ever been forced to buy something you don’t want or need?

It happens all the time in the CAD world. There are plenty of file-based CAD and PDM customers out there who pay for annual subscriptions but deliberately skip years of upgrades, the primary “benefit” for these maintenance fees.

It seems counterintuitive. Why would a business choose NOT to receive upgrades they already paid handsomely for?

In his blog, “Traditional CAD Subscriptions: What Exactly Do I Get For Paying These Fees?,” Onshape’s Dave Corcoran explains the madness.

One of the big reasons for the reluctance to upgrade is that installed, file-based CAD is not backwards compatible. Installing the upgrade might cause more problems that it solves. When updating all your CAD files to the new version, things can and do go wrong – especially since that year’s worth of new code has not been used in production yet (so the odds of a negative interaction increase).

When you’re designing products in Onshape, you and every other Onshape user in the world are always on the most recent version. So there are never any software version or database version compatibility issues – just like Gmail.

Furthermore, the benefit of receiving new useful features in a gradual trickle every few weeks – versus getting everything dropped on you at once every year – is that you can more easily learn them in small bites by watching the “What’s New” videos.

But back to our 100th milestone for a moment.

Even though Onshapers just celebrated our landmark release with a cake and special t-shirts, that party already seems like a distant memory. Our development team is now hyperfocused on delivering Release 101. Stay tuned...