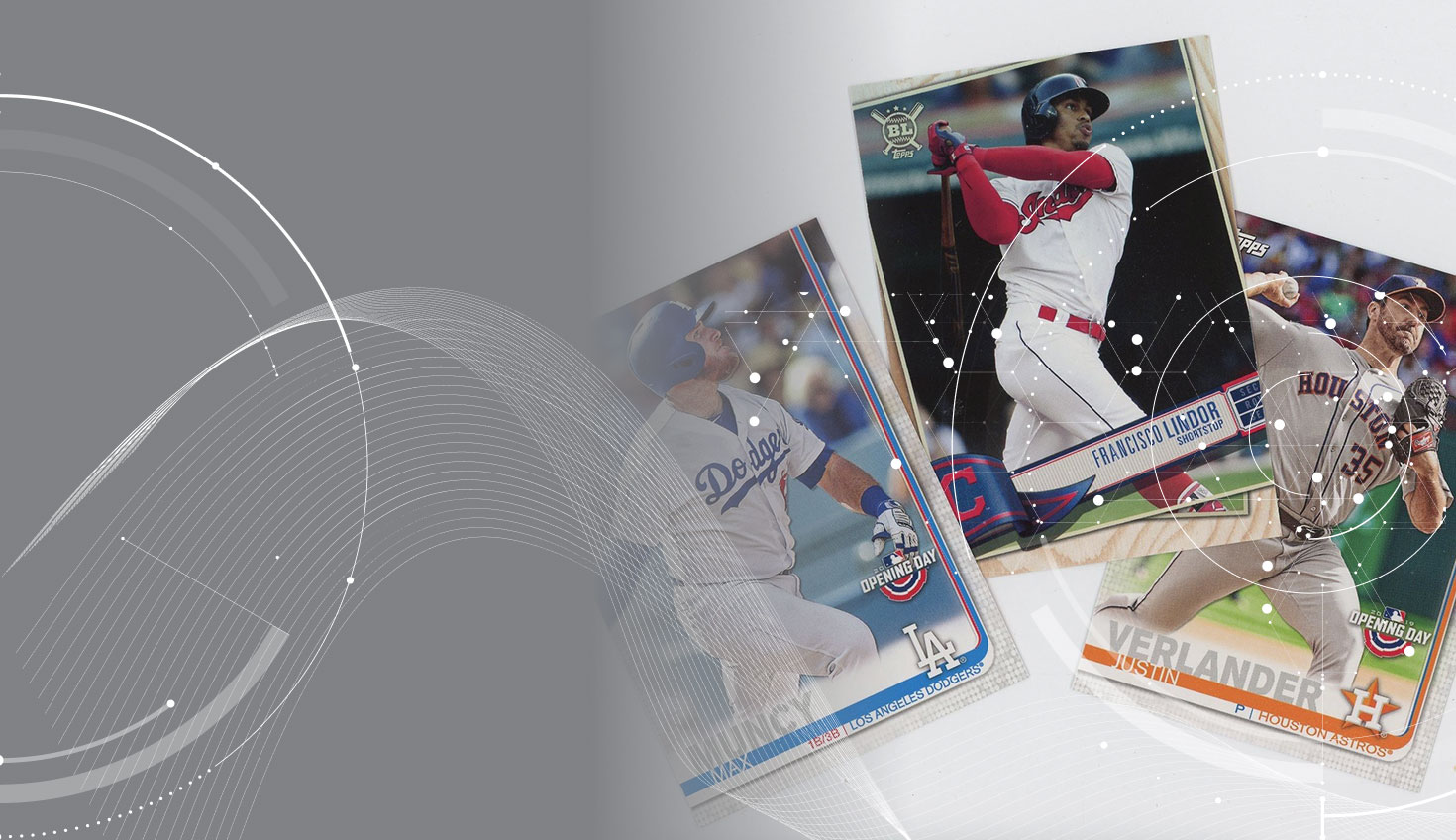 When I was growing up, my childhood bedroom was blanketed in baseball cards. They were neat little piles sorted by team, but it was really tough to vacuum in there without casualties. By pure osmosis, the numbers on the back of the cards seeped into my brain. I’d research how many seasons Nolan Ryan struck out more than 300 batters (six), and compare lifetime home runs between Red Sox slugger Jim Rice and enemy Yankee showboat Reggie Jackson (Reggie eventually won by a 563-382 landslide).

Those numbers were sacred. 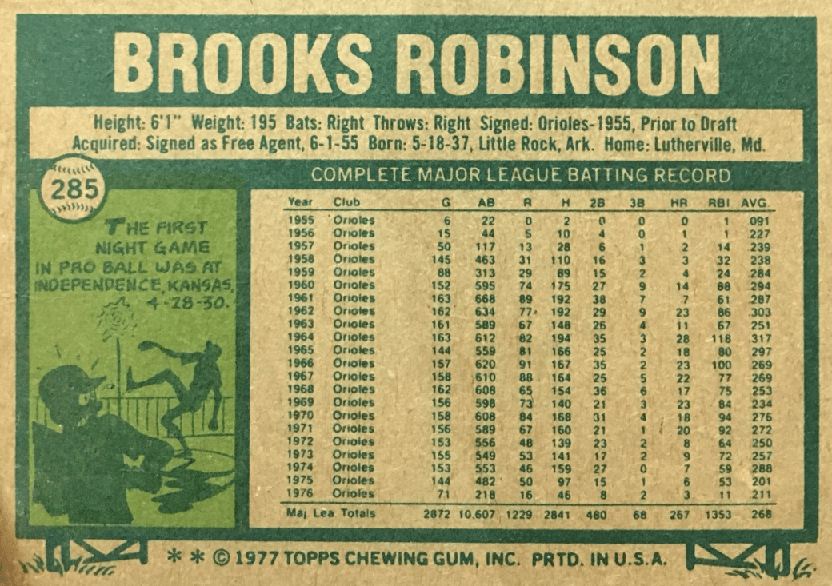 Back in the 1970s, evaluating player talent involved fewer metrics.

When scrutinizing the back of a baseball card, the key stats I focused on were batting average, home runs and RBIs for hitters – and wins, ERA and strikeouts for pitchers. That’s all that mattered.

Now if you’re following the game on the radio or TV, the broadcaster will talk about launch angle and exit velocity for hitters, and spin rate for pitchers.

Are you KIDDING me?

We are on the threshold of kids bringing Texas Instruments graphing calculators to the ballpark instead of their gloves. Surely, projecting future exit velocity is more of an adrenaline rush than catching a foul ball.

The ascendancy of math nerds in Major League Baseball was immortalized in the Michael Lewis book “Moneyball,” and the subsequent Brad Pitt movie, about the early 2000s Oakland A’s identifying undervalued baseball metrics (like on-base percentage and slugging percentage) and putting together winning teams on a shoestring budget. Future Red Sox star Kevin Youkilis, for example, was coveted as the “Greek God of Walks,” perhaps one of the most unglamorous stats, but still as valuable as a hit.

The Moneyball Era died when every team followed the same tactics, eliminating innovative GM Billy Beane’s competitive edge. We’re now in the Player Development Era, where instead of teams drafting and trading for underrated and underutilized talent elsewhere, they are hyperfocused on continuously improving the talent they have.

I recently enjoyed the new book “The MVP Machine: How Baseball’s New Nonconformists Are Using Data to Build Better Players,” by Ben Lindbergh and Travis Sawchik – and was struck by the many parallels between baseball player development and product development.

Whereas the Moneyball approach mined previous data to identify the player equivalent of “value stocks,” the intention was not to change the player, but to give him the opportunity to demonstrate his underappreciated value.

The Player Development Era is like rapid prototyping. Take a player, make some tweaks, test them, and repeat until the desired results are achieved (or not, and then move on to the next player/prototype).

Everyone is a work-in-progress.

Changing Processes: In the Batter’s Box and on the Mound 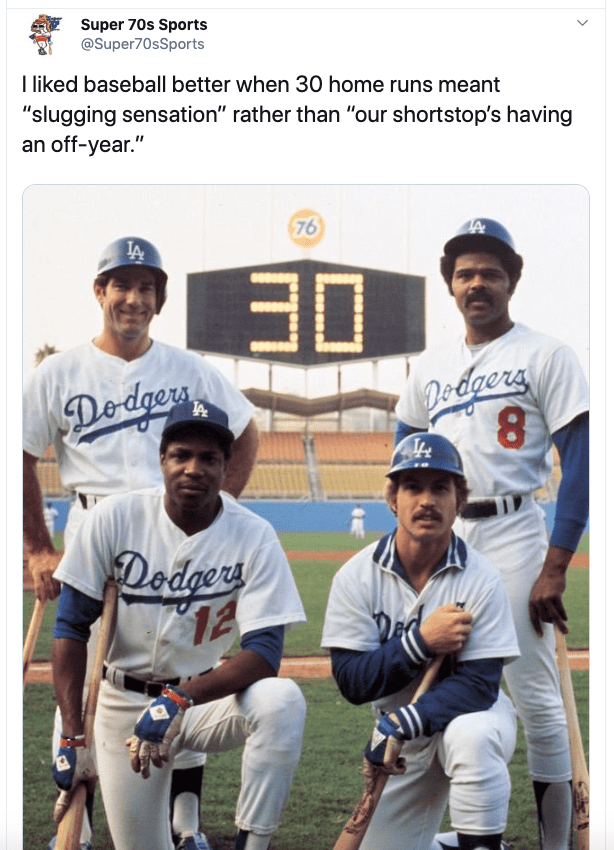 On his Super 70s Sports Twitter feed, podcaster Ricky Cobb wryly noted that hitting 30 home runs used to be an enviable achievement (that’s Steve Garvey, Reggie Smith, Dusty Baker and Ron Cey from the 1977 Dodgers in his tweet). But it’s become far less special. This May, MLB players broke the all-time record for most home runs in a month (1,135) and THEN broke that record again in June (1,142).

Some critics say the baseballs are “juiced,” but an undeniable factor is also launch angle, the uppercut swing meant to drive the ball in the air. Groundballs – even hard hit ones – are now considered a sin. Hitting coaches for decades pushed for a level swing aiming for line drives.

“You have to get the ball in the air if you want to slug,” Dodgers third baseman Justin Turner told The Washington Post, “and guys who slug stick around, and guys who don’t, don’t.”

Turner speaks from experience. When he was swinging level at the beginning of his career, he was a weak-hitting utility player for 5 seasons with the Mets and Orioles – never surpassing 4 home runs in a season. He’s now a 20-homer threat for the Dodgers every year.

Finding the perfect launch angle was even more transformational for Max Muncy, who was cut loose by the A’s in 2016. The versatile infielder hit .186 with two home runs when he was released. In 2018, after a year of making swing adjustments in AAA, Muncy hit 35 home runs and became a postseason hero, hitting the winning home run in the 18th inning of World Series Game 3.

On the pitching side, starter Rich Hill was the posterboy for mediocrity from 2005-2014, playing for 6 different MLB teams and being released three times. After the Red Sox plucked him out of the Long Island Ducks in the independent Atlantic League, pitching analyst Brian Bannister urged Hill to throw his underused high-spin curveball more. Perfecting that pitch eventually launched Hill into a stratosphere he never imagined: Signing a three-year $48 million contract with the Dodgers (a contract he has lived up to).

These players all epitomize the business mantra, “Change or Die.” Granted, as in the business world, we seldom hear about struggling players who try different processes and fail miserably. 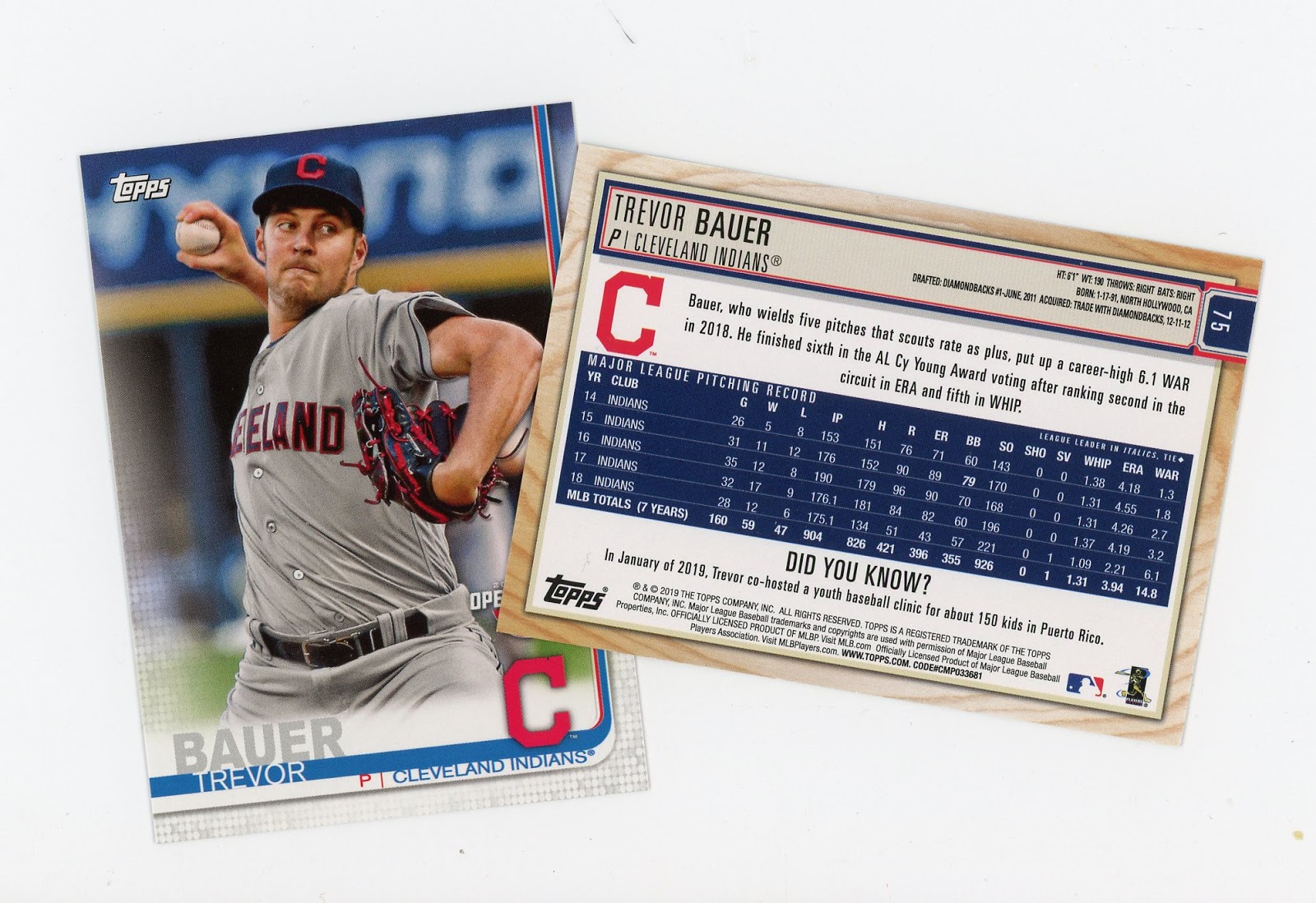 MLB star Trevor Bauer, recently traded from the Indians to the Reds, uses sophisticated high-tech cameras to analyze his own pitching motion and to study new techniques from opponents.

Reds starting pitcher Trevor Bauer, perhaps best known for his temper tantrums and his love for flying drones, is a passionate advocate of using technology to improve his pitching skills.

Bauer was one of the earliest adopters of the Edgertronic high-speed camera, which shoots at 1,000 frames per second and breaks down how the ball leaves the pitcher’s hand and how it spins. He bought one of the $5,000 gadgets for his own personal training in 2015. Now it’s standard throughout Major League Baseball. According to Sports Illustrated, Astros ace Justin Verlander used Edgertronic footage after he was traded from the Tigers in 2017 to bump up his game in the postseason by changing the delivery of his slider.

Bauer, too, credits the Edgertronic freeze frames for helping to transform his slider as well – although he used footage of opposing pitcher Marcus Stroman to learn how to position his fingers and thumb. Bauer tried the new grip in a game and got shelled. He was excited by the movement on his new pitch, but he couldn’t control it.

Many companies follow this approach with rapid prototyping, the idea that “failing fast” and learning from your mistakes can lead you to discover new innovative paths – even if some might consider Bauer’s case borderline corporate espionage. Is emulating good form considered stealing?

Collaboration Between the Front Office and the Dugout

The same inevitable tension that played itself out in the Moneyball Era – old school baseball instincts versus data-driven baseball analytics – hasn’t fizzled out in the Player Development Era. Some purists feel that baseball managers have become puppets, just following instructions from the front office (even in the middle of the game).

Those old-timers’ fears are well founded. But a more positive spin would be to call front-office meddling a more “collaborative process,” blending hard-nosed baseball experience with less emotion-driven analytics.

The Tampa Bay Rays are one of the most innovative teams in the American League – pioneering the idea of starting a relief pitcher as an “opener” to keep arms fresh. They also made MLB history last offseason by appointing the first stat geek to their on-field coaching staff. Jonathan Erlichman, the Rays analytics director, was promoted to “process and analytics coach,” a role that required him to put on a uniform and sit with manager Kevin Cash during games.

Only six years ago, Erlichman was a college intern fetching lunch for the scouting staff.

This past Spring Training, the Phillies followed suit with their own historic move.

Alex Nakahara, a senior quantitative analyst from the team’s R & D department, put on a baseball uniform, too, for in-game consultation with manager Gabe Kapler.

“Alex is our teammate,” Kapler told NBC Sports. “Our R & D department are our teammates. Every person in the organization is a shareholder in our organization. We want to treat them like they’re part of our group, not they’re up there and we’re down here, which historically has been sort of the divide in baseball.”

At the rate that analytics and high-tech gadgets continue to shape the future of Major League Baseball, maybe kids will start worshipping their math and science teachers as much as pro athletes.

The State of Product Development 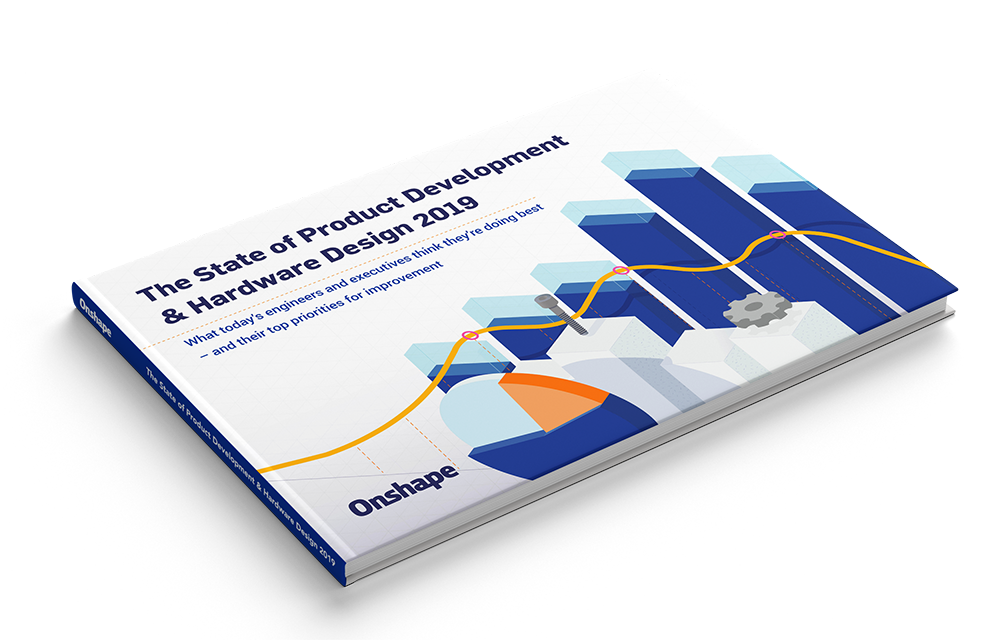 The parallels between what’s happening now in baseball player development and product development are striking. Are you the Justin Verlander or Trevor Bauer of your company? Are you always looking for new ways to improve your design processes?

The 26-page research report from Onshape answers questions such as:

To read the full report, download your copy here.